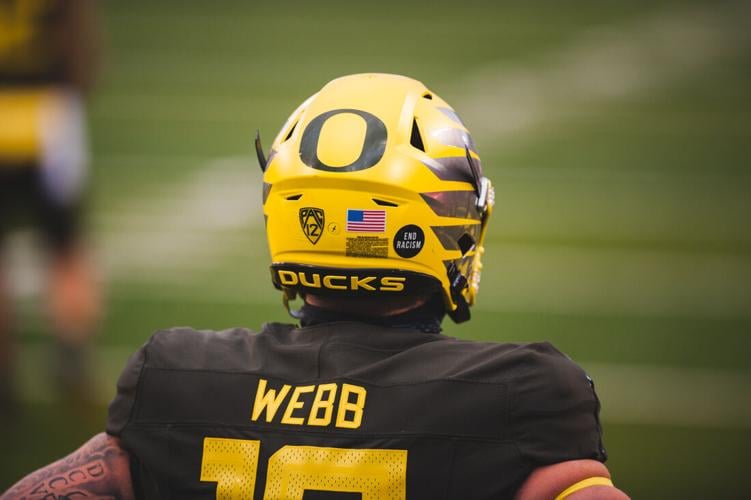 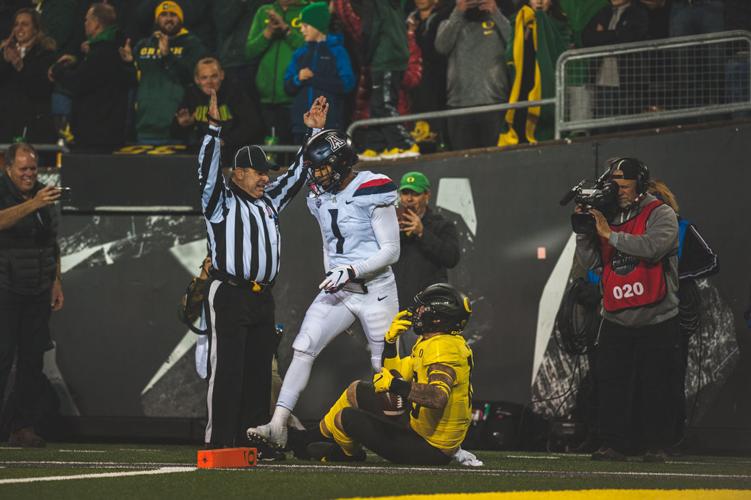 Ducks tight end Spencer Webb (18) looks up at the ref confirming his touchdown. Oregon Ducks Football takes on the University of Arizona Wildcats at Autzen Stadium in Eugene, Ore. on Nov. 16, 2019. 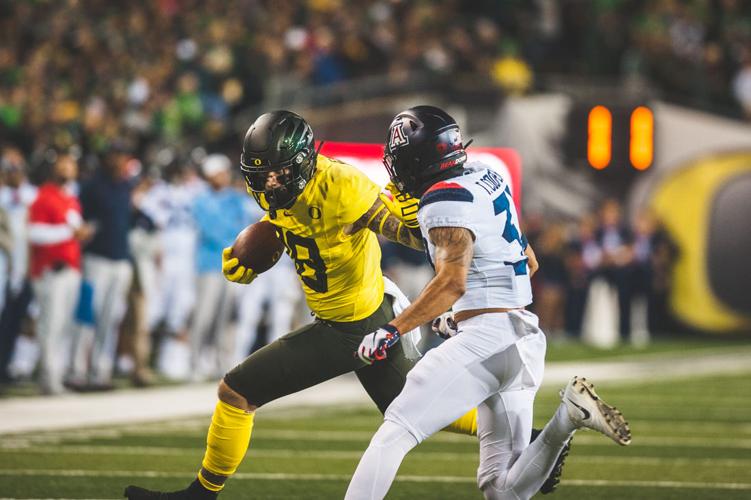 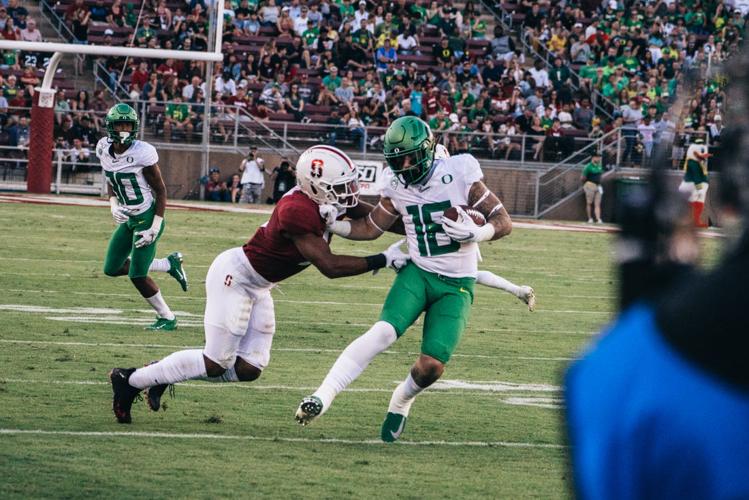 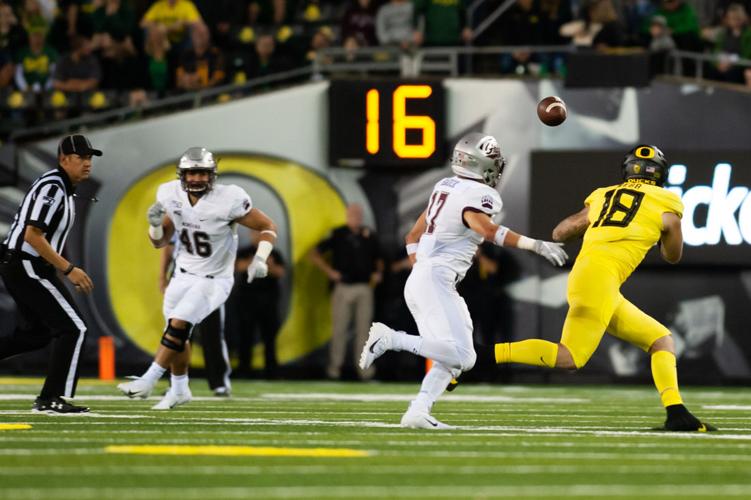 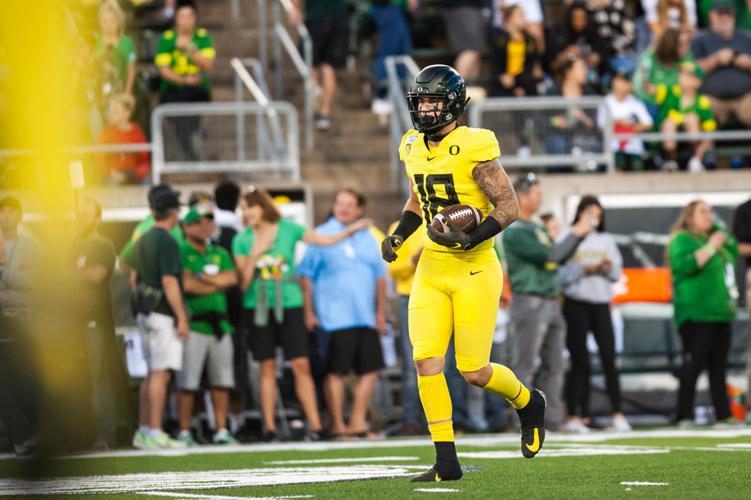 Ducks tight end Spencer Webb (18) looks up at the ref confirming his touchdown. Oregon Ducks Football takes on the University of Arizona Wildcats at Autzen Stadium in Eugene, Ore. on Nov. 16, 2019.

Oregon head coach, Dan Lanning, shared a story about a team meeting where he showed a picture of the one of the janitors who worked in the practice facility and asked who on the team knew this man.

Only one hand was raised… it was Spencer’s, of course.

Webb, who was set to enter his fifth year in the Oregon football program, died from an accidental head injury sustained last Wednesday in a fall near the rock slides at Triangle Lake, 30 miles outside of Eugene. He was 22 years old.

Those who spoke Thursday evening at the Autzen Stadium Club made it certain that if there was an opportunity to get to know someone, Webb took the time, no matter who it was.

Tight end Cam McCormick noted that they would often be late to wherever they went together because Spencer would always take the time to sign autographs, take pictures and just talk to fans who supported him on his journey.

So many of those fans were kids who related to his fun-loving personality and how he was unafraid to be himself.

Spencer saw himself in those kids he connected with and made sure to never pass up a chance to talk to one of them as if he’d known them forever.

One thing that was said too many times to count was how Spencer could strike conversation with anyone, and by ‘anyone’ those who spoke truly meant anyone.

“He could talk to you for three minutes and by the end of the conversation he'd know where you're from, what makes you tick and maybe even your social security number,” Lanning said.

Alicia Webb, Spencer’s sister-in-law, was one of the women who helped raise him to become the man he came to be, had this to say about him.

"We all know Spencer was a great football player," Alicia said. "But Spencer was one of the best dancers in the room, he had a special handshake with everyone he knew and he genuinely cared about the time he got to spend with you. Whether you met him for the first time or you knew him for a long time."

It sounds cliche but there are people you meet every so often that really do ‘Live life to the fullest.’

Spencer was one of those people.

Lanning spoke about “The Dash Poem,” by Linda Ellis and it references the dash that separates the dates on a tombstone and what the person does between those dates.

He said that Spencer did more between those dates than many people who lived and died of natural causes as senior citizens.

Whether you were his friend or teammate, coach or classmate, we are all so lucky to have known a person as genuine Spencer.

He will be deeply missed by everyone.

How did Oregon alumni stack up in the 2022 Summer League