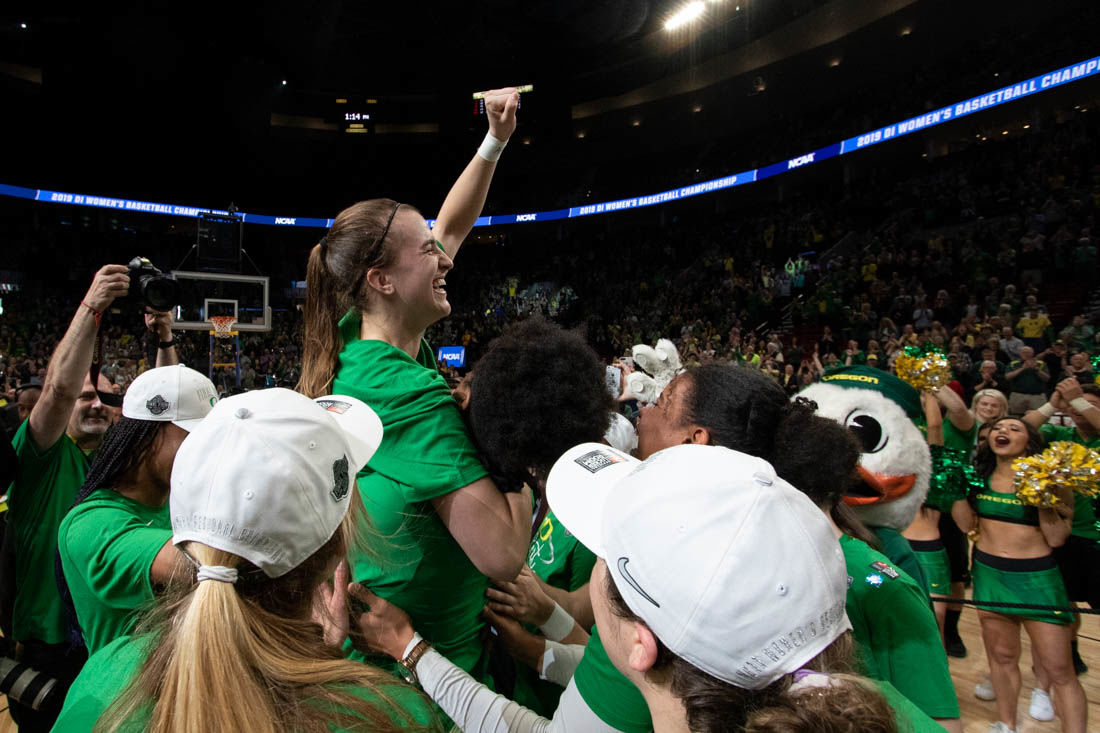 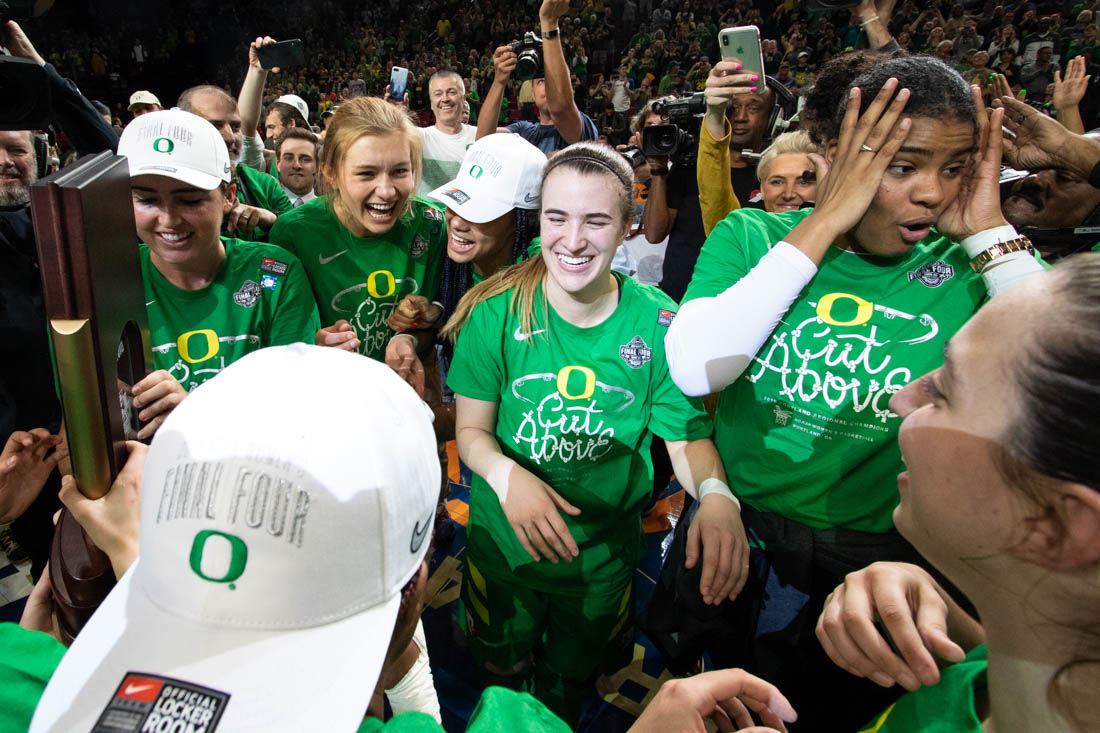 PORTLAND, Ore. — Last year in Columbus, Ohio, Sabrina Ionescu sat in the stands and watched as four teams played for the national title. She was there to pick up an award. She couldn’t help but think about how she was so close to being one of those players on the court.

“I hated being there,” Ionescu said. “... Being around everyone coming back from practice and coming back from a game they just played in was pretty brutal knowing that we were knocking on the door, so this year I’m so happy to be going with my team and experiencing it with everyone because I wouldn’t have been able to do it alone.”

Ionescu and Oregon women’s basketball lost to the eventual champions Notre Dame in the 2018 Elite Eight, but in 2019, she and the Ducks will be in Tampa Bay to play in the program’s first ever Final Four appearance.

“I had a feeling we were going to get this win,” Ionescu said. “There was absolutely no doubt in anyone’s minds these last few days preparing for Mississippi State. I know those last two Elite Eight runs we weren’t as confident, we weren’t as tightly knit. Talking last night to my roommate, Erin, and talking to players last night, we were so excited for this game and so excited for this opportunity; I think that was the difference.”

Ionescu lifted the team to back-to-back Elite Eights as a freshman and sophomore, and as a junior, she’s done it again, and taken the team one step further.

In the Ducks’ 88-84 win over Mississippi State in the Portland Regional final, Ionescu stole the show and scored 31 points, made eight assists and grabbed seven rebounds.

She relishes these games, these moments so much so that during the on-court celebrations afterward, deputy athletic director Lisa Peterson grabbed Ionescu’s hand and took her to the locker room after the rest of the team had left the floor.

“I think she’s probably just the happiest girl in the world right now to be able to come out and play that well and carry this team,” teammate Morgan Yaeger said. “I don’t blame her for not wanting to leave the court.”

Ionescu’s confidence oozes out. From stepback 3-pointers with under two minutes to play, to driving at 6-foot-7 center Teaira McCowan, Ionescu is unafraid.

She and the team have been wearing tape on their wrists throughout the NCAA Tournament with inspirational words and phrases. Ionescu’s is assurance.

Ionescu assured her team on Sunday that this was their year. Now it’s their turn to take center stage at the Final Four.