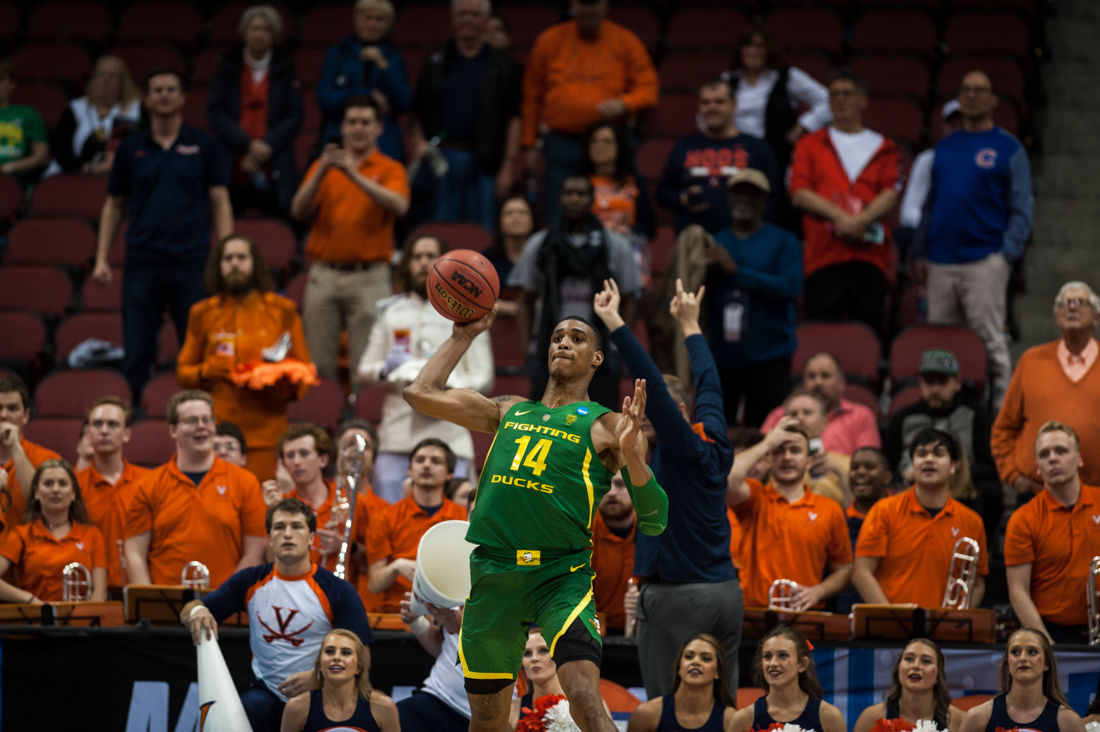 With less than a second left in the game, Ducks forward Kenny Wooten (14) throws the ball from the Oregon defensive end in a last ditch effort. Oregon Ducks men's basketball takes on University of Virginia at KFC Yum! Center in Louisville, Ky. on March 28, 2019. (Ben Green/Emerald) 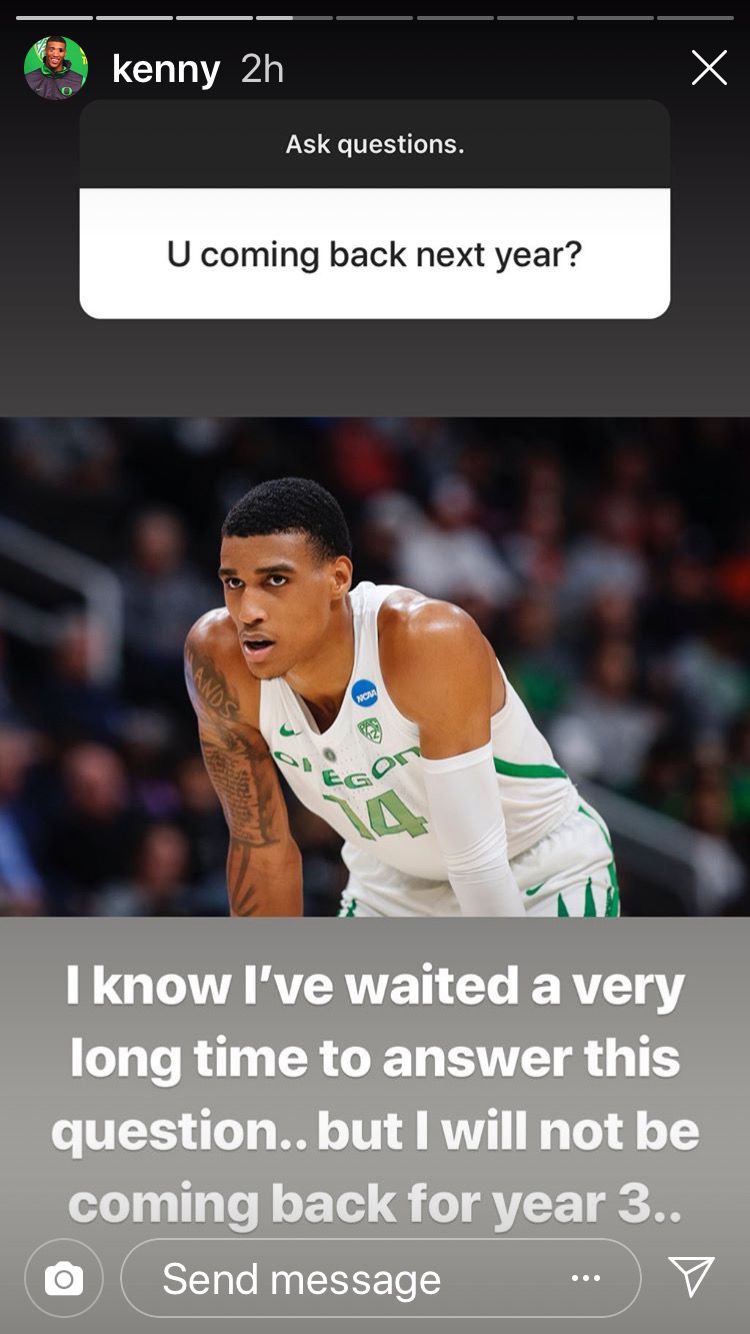 On Sunday night, Oregon men’s basketball forward Kenny Wooten took to Instagram to announce he will forgo his junior season and stay in the NBA Draft.

Via his personal account, he answered an anonymous question asking, “U coming back next year?” with a brief statement reading, “I know I’ve waited a very long time to answer this question… but I will not be coming back for year 3.”

The 6-foot-9 power forward elected to test the NBA Draft waters weeks ago, but left a 2019-20 return on the table as he elected not to initially hire an agent.

Many NBA Draft sites, including nbadraft.net and CBS Sports, list Wooten as likely undrafted with a fringe possibility of being selected in the second round of June’s draft.

At the G-League Elite Camp, Wooten had a max vertical at 150.5 inches.

As a freshman in 2017, Wooten burst onto the scene. Utilizing his overall athleticism and leaping ability, he quickly asserted himself as not only one of the Pac-12’s strongest defenders, but one of the nation's best shot blockers. In a mere 20 minutes per game, he averaged 6.4 points and 4.5 rebounds to go along with 2.6 blocks, good for 15th nationally. His play earned him all Pac-12 defense honors.

Wooten chose to return for his sophomore year and again acted as a highlight machine for the Ducks, frequently making awe-inspiring blocks and dunks. Again, he ranked top-30 nationally in blocks per game, and again was granted all Pac-12 defensive honors.

Not only did the sophomore step into a starting role, but he showcased his talents in March as he helped propel Oregon’s unexpected run to the Sweet 16, racking up 12 blocks in three NCAA tournament games.

In his absence, freshman Francis Okoro will be tasked with not only becoming a full-time starter and leader, but the team’s primary presence down low. Additionally, incoming five-star CJ Walker could see time at power forward due to his frame and athleticism although he projects more closely as a wing.

Point guard Payton Pritchard has yet to announce his decision to return for his senior year or join some of his teammates in the NBA Draft.

Shane Hoffmann is a sports editor and writer primarily covering the Ducks football and basketball beats. Shane is originally from Ann Arbor, Michigan and came to the University of Oregon in 2018.