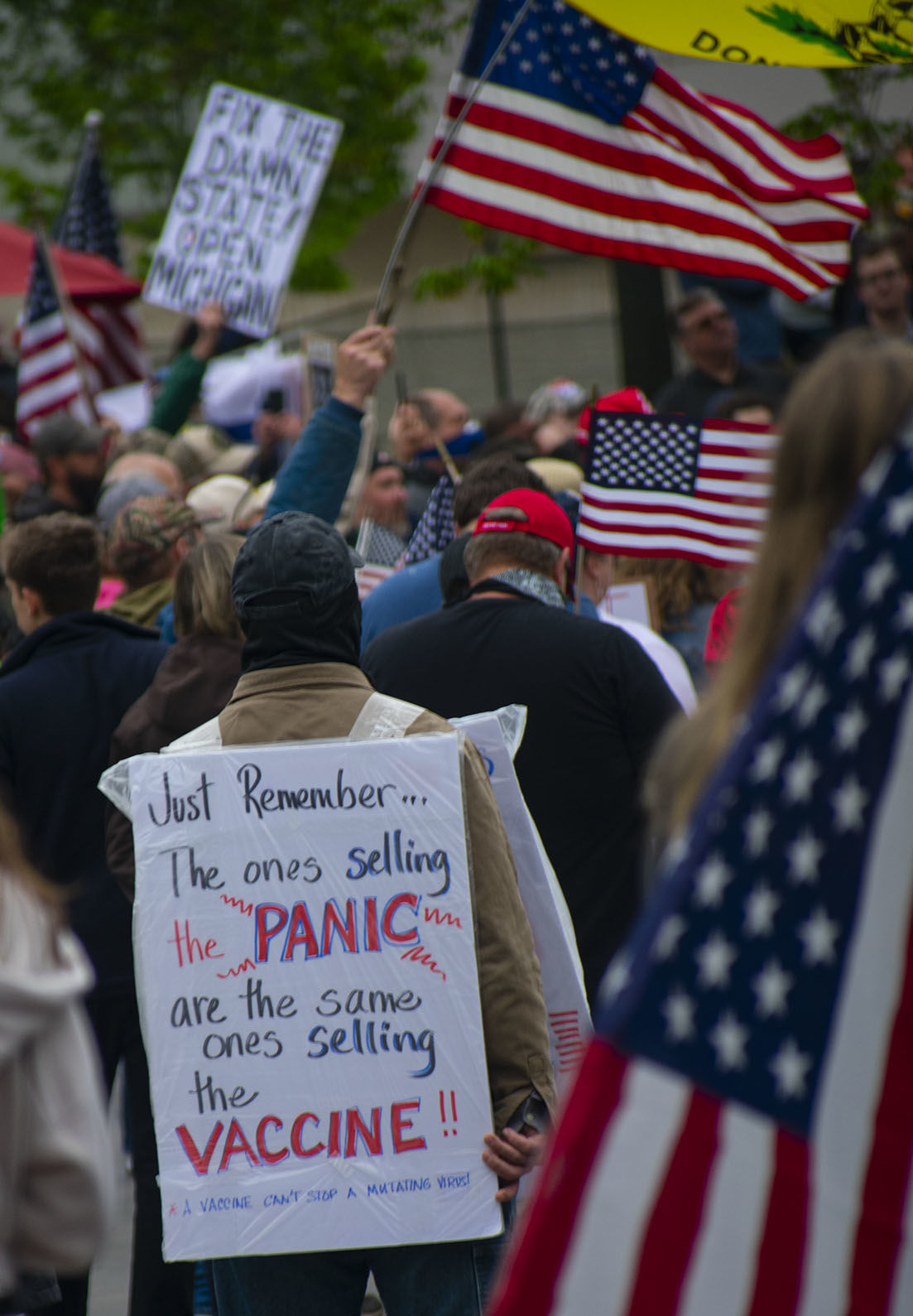 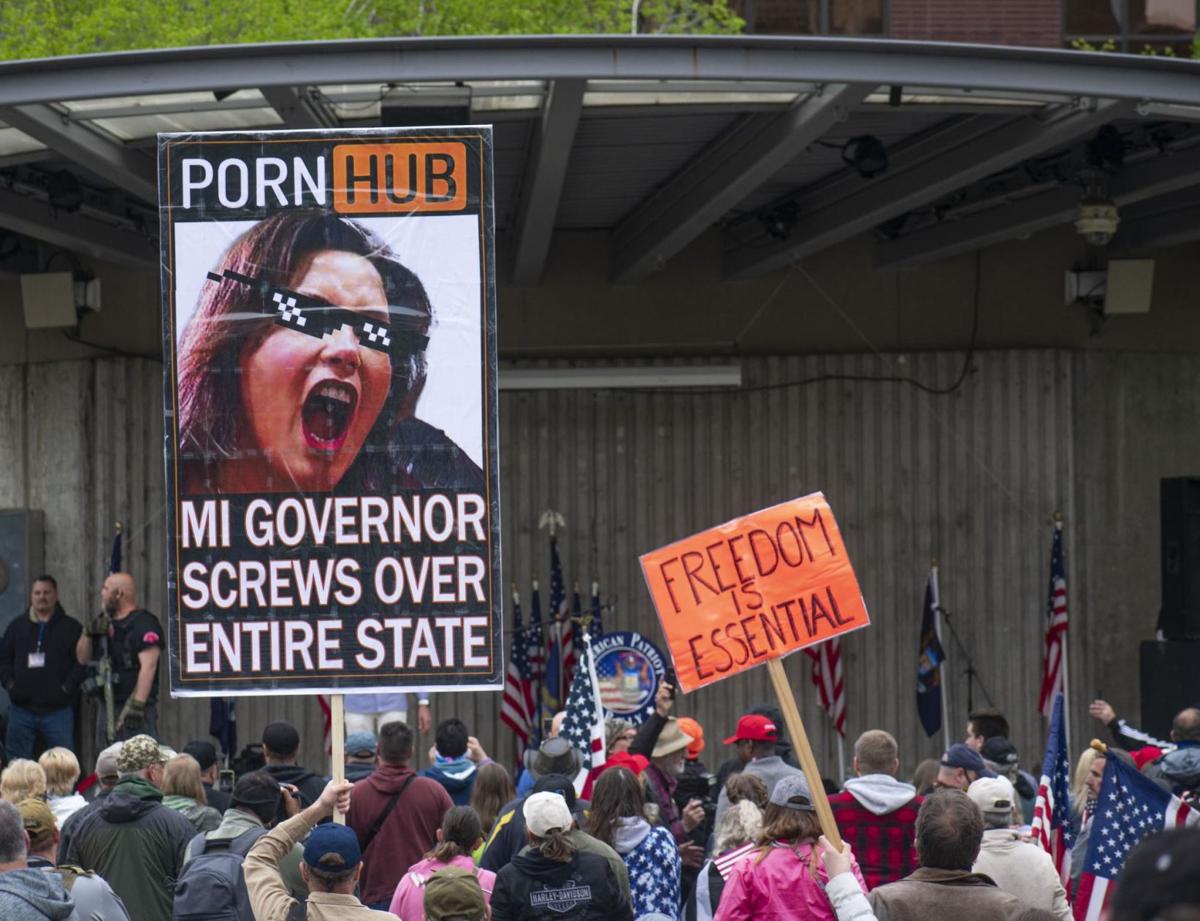 Earlier this year, on the day of my 21st birthday, my Michigan driver’s license expired. At the time, I thought I'd wait until I returned home to renew my license, because in Eugene I had no car and, thus, no motivation to get a new license.

This was a bad decision for two reasons: First, every time I went to a bar I’d have to show my passport from 2012, resulting in 30 seconds of the bartender comparing the 21-year-old, full-bearded Joey Cappelletti to the 13-year-old, buzz-cut and 25%-body-fat version of myself.

And second . . . everyone knows I’m from Michigan.

Having a Michigan driver’s license means that for the next four years, every time I hand my ID to someone, conclusions would be drawn. They would be forced to wonder if Joseph Cappelletti was one of the people waving an assault rifle on the lawn of Michigan’s capitol building, while protesting the reopening of the state after two months of mandatory shutdowns due to the novel coronavirus. And let me tell you, by no means do I want to be associated with a state whose response to a virus is to fight it with assault rifles.

Michigan isn’t all bad. Tim Allen, Kid Rock and Ted Nugent are all products of the Great Lakes State, so we have to be doing something right. Another bright spot has been Governor Gretchen Whitmer’s response to the coronavirus. In March, as the fight against the coronavirus was just beginning, Whitmer engaged in a highly publicized feud with President Trump over the lack of equipment Michigan was receiving.

As Michigan’s coronavirus case totals rose to 3rd in the United States, Whitmer initiated some of the strictest stay-at-home guidelines. Fury arose from Michiganders as Whitmer’s guidelines made it illegal to use motorized boats and allowed only essential purchases, which meant it was illegal to buy home improvement or gardening tools.

For Michiganders, killing Flint citizens with lead in the water supply is one thing, but when you take our boats and gardening tools away, you’ve gone too far. Following these stay-at-home orders, on April 15, around 3,000 Michigan citizens gathered to fight for their right to go boating. Since then, two more extensions to the restrictions were followed by more protests.

The attendees at the first protest were described by police as “being respectful and not causing any issues at all,” as many protesters simply waved their American, Confederate and Trump flags from their cars while jamming traffic on all streets surrounding the capitol building. All of the protests featured maskless attendees gathering on the lawn of the capitol building, armed with weapons, signs and even a man holding a brunette doll hanging from a noose.

The signs ranged from "Tyrants Get The Rope" to ones comparing Whitmer to Adolf Hitler. For some, honking or marching wasn’t enough; as gun-toting protesters entered the capitol building, some even attempted to charge into the floor of the chamber.

If threats to kill the governor aren’t enough for you, location data provided by opt-in cellphone apps allowed data scientists at the firm VoteMap to determine the movements of devices present at protests in late April and early May.

According to an article published in the Guardian, one visualization shows that, following the April 30 protest, when maskless protesters stormed the capitol, devices at the protest site “can be seen returning to all parts of the state, from Detroit to remote towns in the state’s north.” Hundreds of maskless protesters, who were packed into a capitol building and proceeded to travel across the state, puts everyone at risk.

These protests around Michigan aren’t respectful displays of citizens exercising their First Amendment rights with fringe radicals. The beliefs of the radical armed protesters marching on the capitol lawn are the same as the beliefs of the “respectful” protesters honking their horns in their cars. The partisan ideology that a disagreement with our liberal, female governor permits an open rebellion. And an open rebellion is what has occurred.

Sheriffs across Michigan refused to enforce Governor Whitmer’s executive order, a Michigan barber defied orders and opened his shop while armed militia members stood guard outside and an employee in Flint was killed for turning away a shopper for not having a mask. Justifying these protests as simply bipartisan disagreements and lawful displays of rights is ignorant and privileged.

These maskless protesters, whom the president has called “great people,” have put the lives of thousands at risk in a state that has had over 48,000 infected and nearly 5,000 killed by this virus.