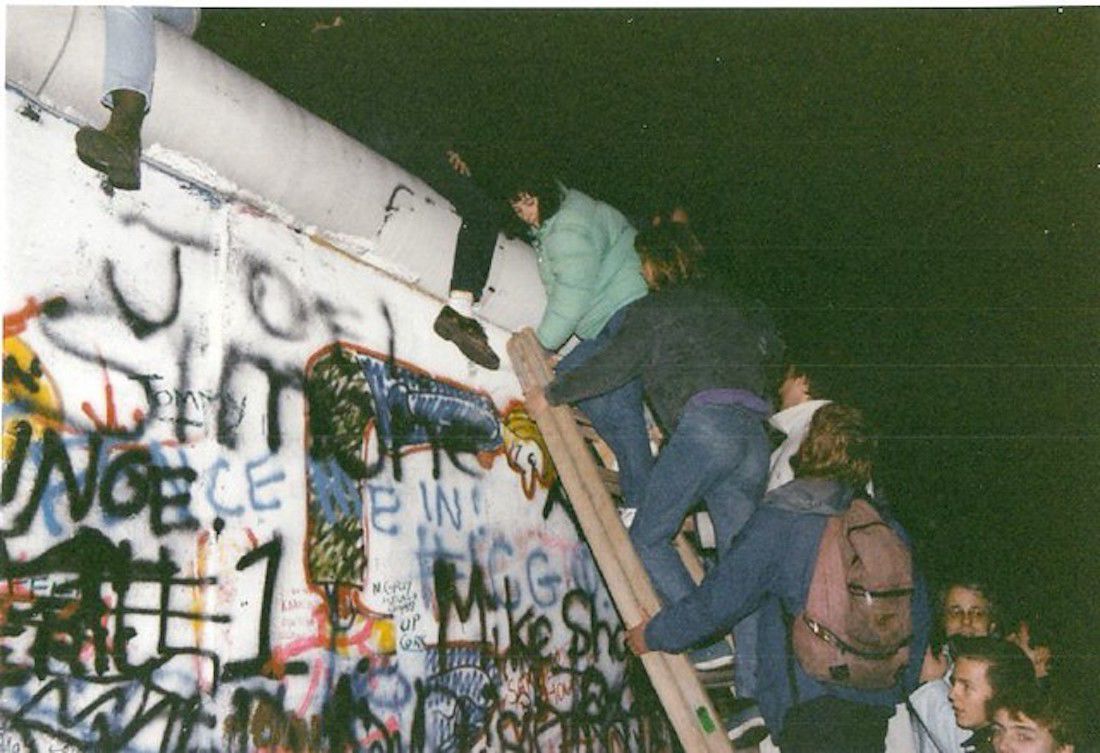 The fall of the Berlin Wall in November 1989. 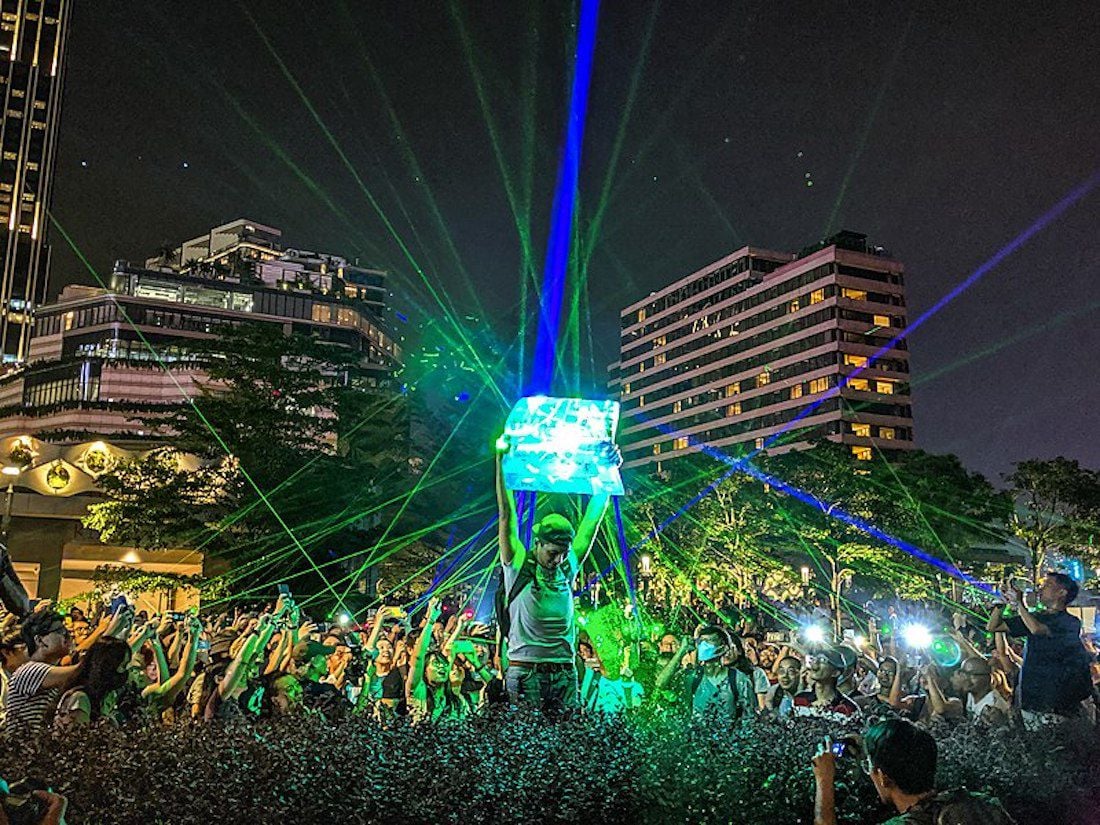 Katharina Jones will never forget Nov. 9, 1989 — the day the Berlin Wall fell. Jones, along with family and friends, walked across the Bornholmer Strasse bridge the next evening. They felt so alive as they embraced people on the other side.

“I was 18 when I joined the movement,” Jones said. She grew up in Eastern Germany, commonly referred to the GDR. Under communist rule she was not able to travel freely, speak her mind or pursue her dreams. She wanted something more than life in the GDR, so she joined a movement with thousands of other young people. “Most people were very young, and a few were older, but the majority were 20, plus or minus,” Jones said.

Katharina Jones, who now lives in Eugene with her husband, participated in a mass movement for freedom 30 years ago. This year millions have mobilized all over the world demanding freedoms, better wages and social reforms.

In France, Yellow Vest protesters first flooded the streets to protest a fuel tax. The protesters continue their efforts protesting against President Emmanuel Macron while demanding higher wages and social justice. In recent months, the movement has slowed as unemployment rates dipped and leadership within the movement went in different directions.

In Hong Kong, protesters have been battling police officers in the streets for months. The protests started with an extradition bill that proposed giving the Chinese government power to “extract” suspected offenders and bring them to mainland China for prosecution. The people of Hong Kong fear increased influence by China in their electoral process, as Beijing has been making moves to influence local politics in Hong Kong.

A proposed increase in metro fare started a mass mobilization in Chile on Oct. 25, 2019. Over a million people poured into the streets to protest corruption and income inequality. They chanted, “It’s not 30 pesos, it’s 30 years,” in reference to the proposed metro fare increase and the years since the military dictatorship ended. All across the country people are protesting for better education, higher wages and structural reforms.

Just like Jones fought 30 years ago, a new generation of civilians are looking to make significant changes in their governments.

Citizens of the GDR had a demonstration planned in Leipzig, a city in South Eastern Germany on Oct. 9, 1989, two days after the Republic celebrated the 40th anniversary of the GDR. An estimated 70,000 demonstrated peacefully. The protests lasted until the wall fell almost a month later.

In an era of mass mobilizations, 4 million people recently participated in the Global Climate March. Jones wants to remind people that there is always hope.

“When the time comes, it will. You never know how fast something can change,” Jones said.

Sometimes we feel like things will forever stay the same. Governments seem all powerful, and change seems so far away, if not impossible. However, what we are seeing in France, Hong Kong and Chile, is that when people flood the streets to make their voices heard, things change.