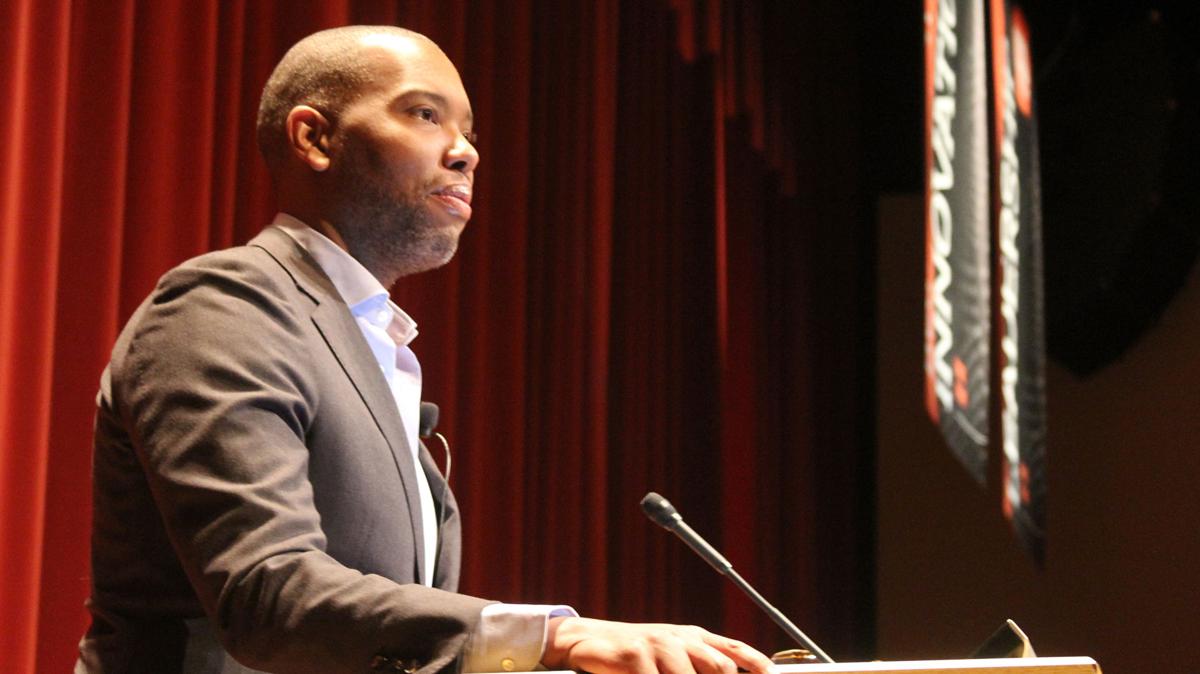 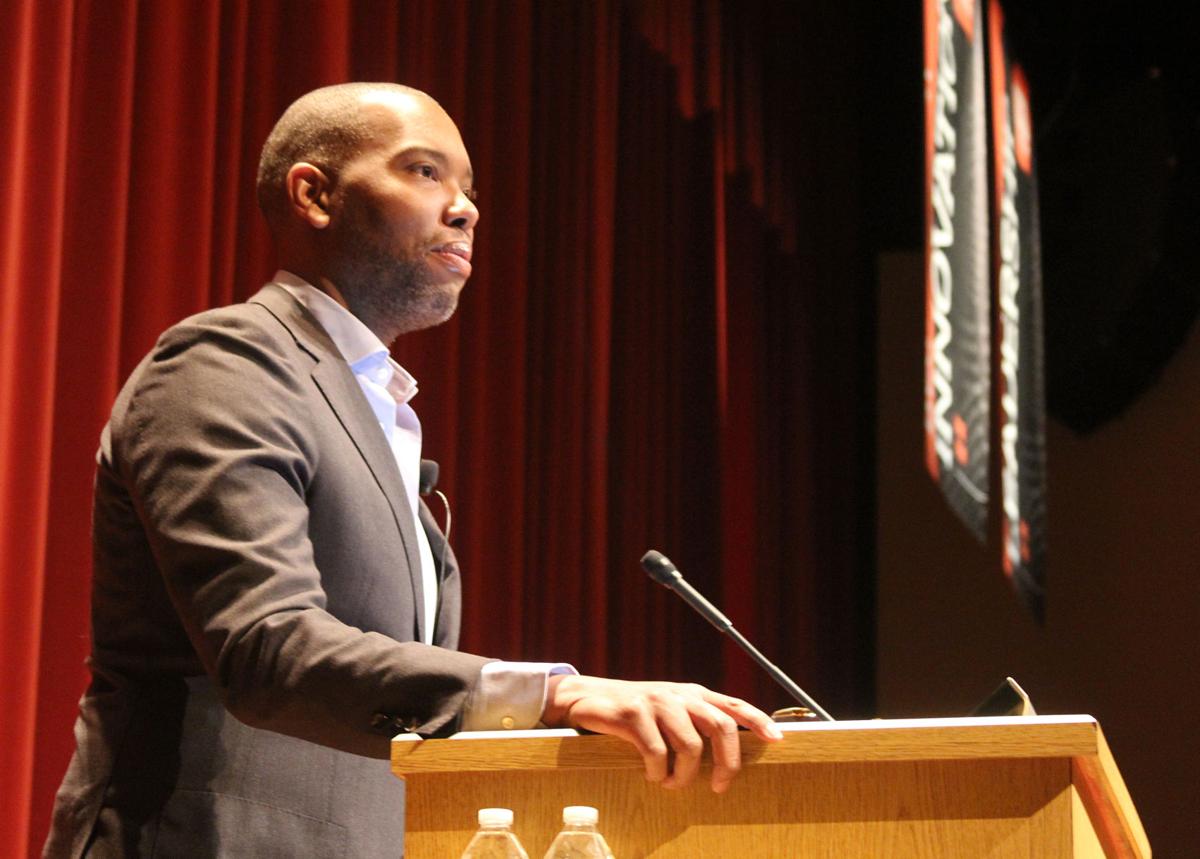 Ta-Nehisi Coates, renowned author and public speaker, left the stage at Matthew Knight Arena on Feb. 3 about 35 minutes before his contract with the University of Oregon suggested he would.

Coates, who began speaking to a crowd of 5,548 people at 6 p.m., was scheduled to speak until 7:15. Instead, he was off the stage by 6:40. His schedule also included a question-and-answer period with the crowd, which didn’t occur.

“…online it said the lecture would be an hour and 15 minutes and ended up only being 40 minutes. That was pretty disappointing. What Ta-Nehisi said was very powerful and I am so happy I went, but the logistics were off,” wrote Darian Lightfoot on the UO event page, mirroring the comments of many attendees.

For the speech and preceding UO events, Coates was paid $41,500. Because the speech was part of the School of Journalism and Communication’s Ruhl Lecture series, the entire amount was paid by donors. Tickets for the evening were free and open to the public.

Coates’ visit was tied to UO’s Common Reading program, which provided his book, “Between the World and Me,” to all first-year students at orientation in 2016.

His contract for the engagement, which also outlines reimbursements for travel, lodging and a request for Nature Valley Oats ‘n’ Dark Chocolate Granola Bars, was approved by both parties in April 2016.

UO spokesman Tobin Klinger said Coates’ schedule was negotiated in the writer’s contract and that the university decided to shorten his evening presentation so Coates could meet with more students during an afternoon session. The earlier session was with SOJC students, and though additional students were invited to attend, no time was added to it.

“They wanted to make sure that they were meeting the parameters of the donor’s desires as it relates to the offering of that Ruhl Lecture, so first and foremost that was the goal,” Klinger said.

Many attendees said they expected the evening session to last longer and were surprised when Coates left the stage without taking questions. Klinger said it had previously been decided that the Knight Arena venue would not easily accommodate a Q&A session.

The talk was Coates’ fifth in five days, he announced during his speech. The evening before, he was at Oregon State University where he spoke from 6-7:30 p.m. For that event, he was paid $30,000, according to his contract with the university.

Although there were some late changes to his contract at OSU, which originally said he’d speak until 8 p.m., the change was suggested by the university, according to Mealoha McFadden, director of university events. She said the lost time was added on to student meetings Coates had earlier in the day.

“Speakers have that type of schedule all the time,” she said.

The main event at OSU was attended by about 1,200 people, and, despite the size of the crowd, there was a Q&A using pre-submitted questions. Like at UO, the event was open to the public and offered student tickets. It was partially funded by Phi Beta Kappa, a national honorary society.

Coates is represented by The Lavin Agency. Representatives for the company could not be reached for comment.

Click the links to read Coates’ full contract with UO and OSU.