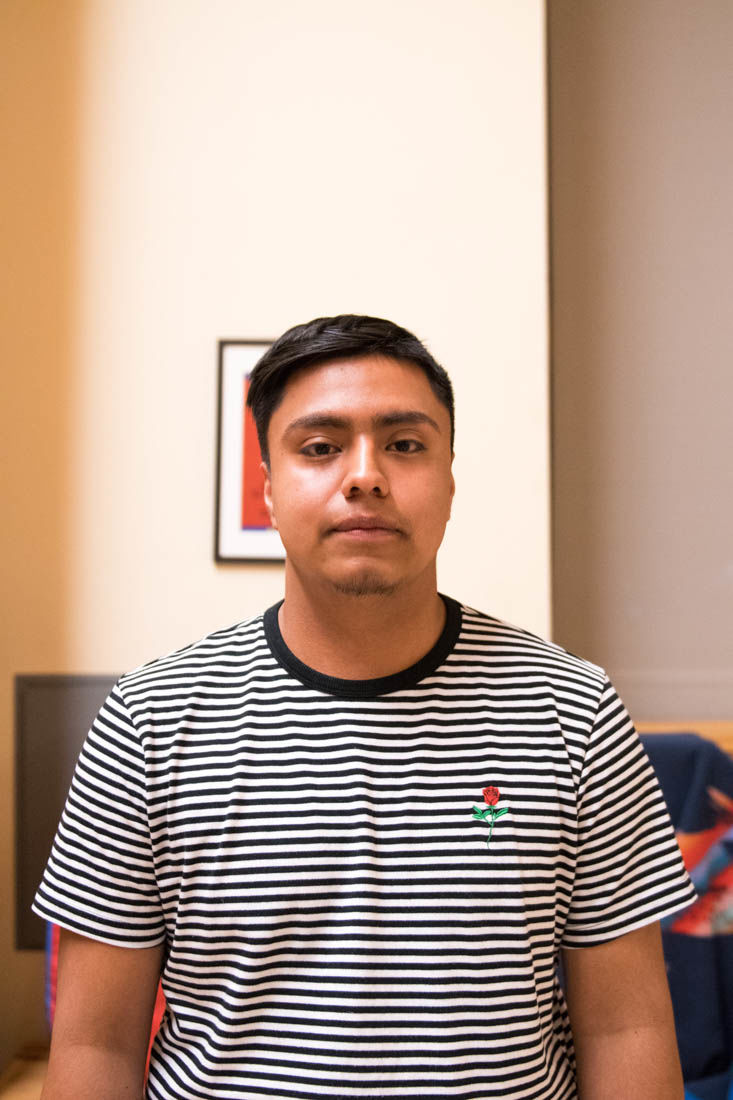 Chris Martinez-Santoyo is a finance intern for MEChA at the University of Oregon. 4, 2020. (Madi Mather/Emerald) 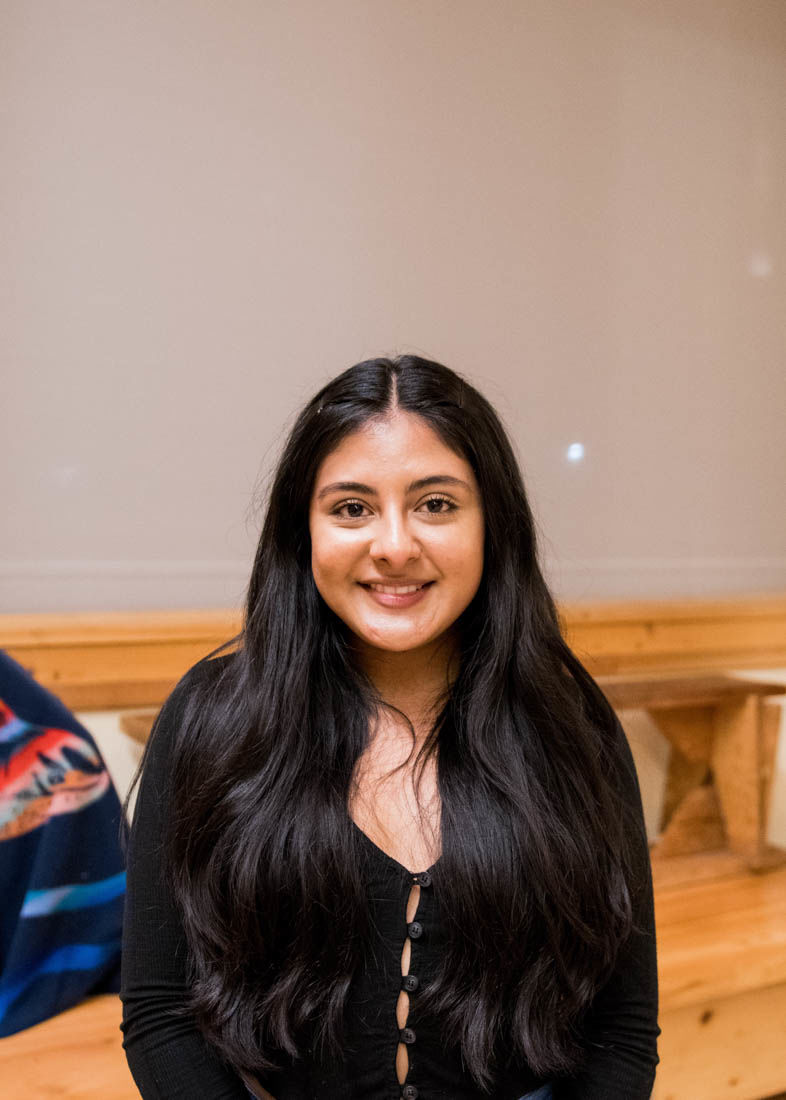 Carla Gonzalez Pineda is in charge of recruitment and retention for MEChA at the University of Oregon. March 4, 2020. (Madi Mather/Emerald) 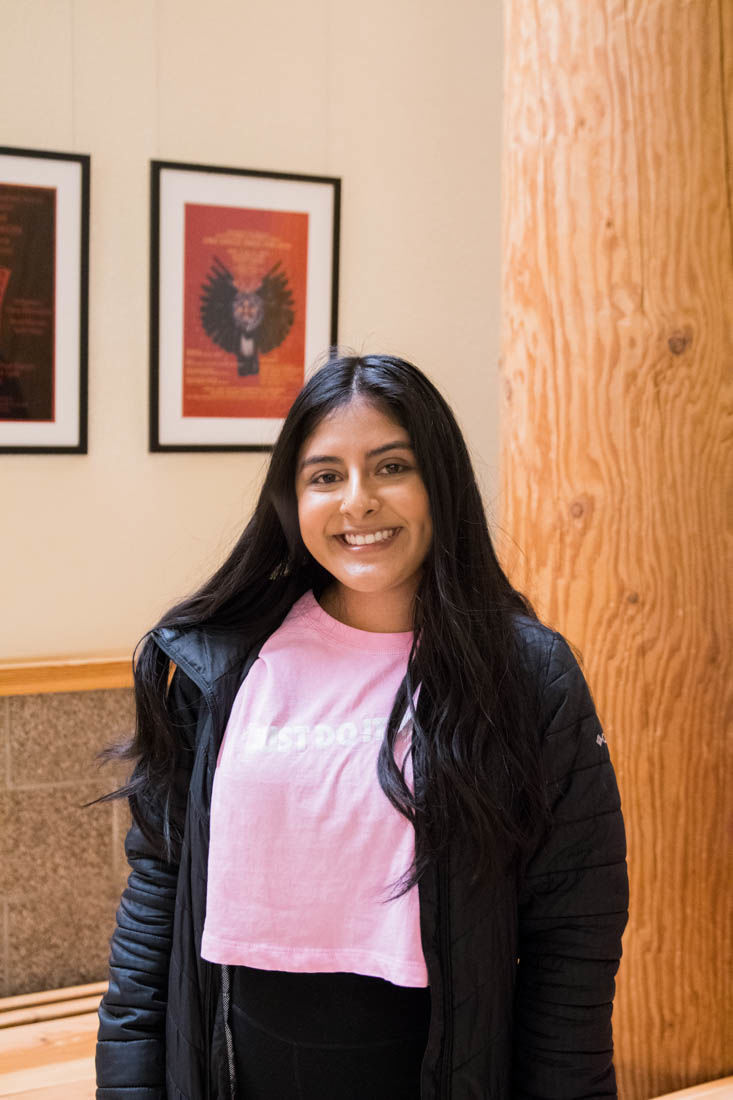 Laura Gonzalez Pineda is a member of MEChA at the University of Oregon. March 4, 2020. (Madi Mather/Emerald) 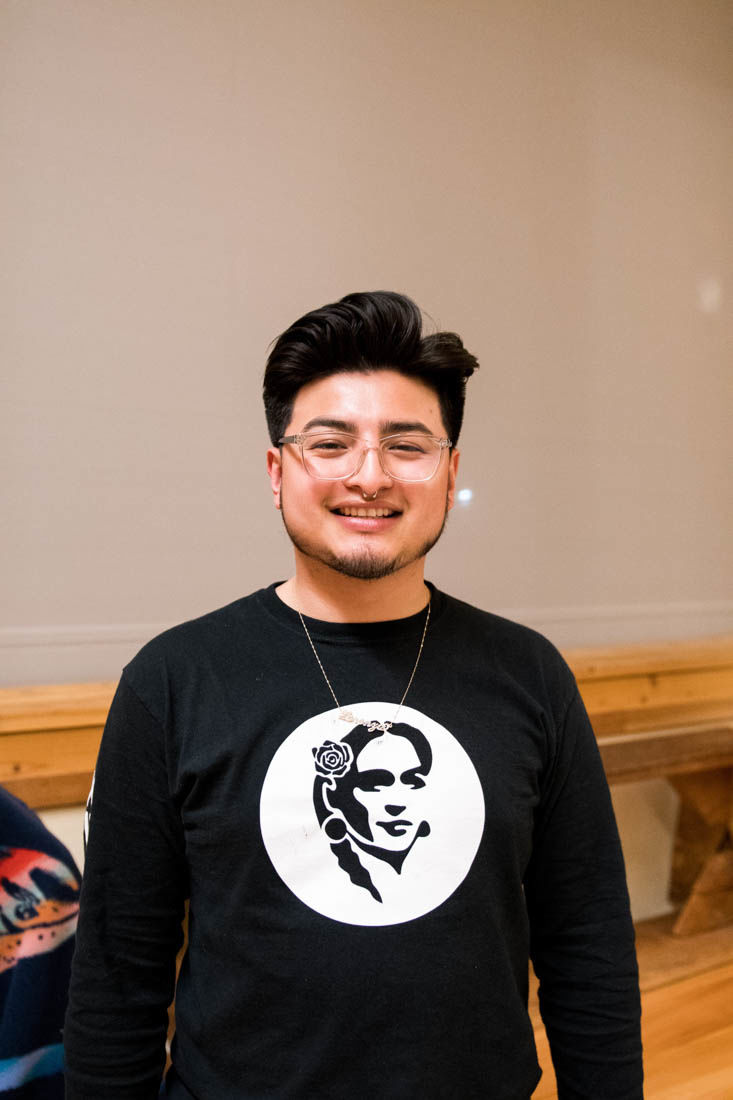 Lorenzo Ortiz-Cruz is an external director for MEChA at the University of Oregon. March 4, 2020. (Madi Mather/Emerald)

MEChA is a student organization with chapters at the high school and college level. The organization promotes higher education and Chicanx culture and history, according to the UO MEChA website.

Each year, a university in the United States hosts a conference for MEChA chapters from across the country.

UO MEChA finance intern Chris Martinez-Santoyo said that the conference was a place where the chapters could come and work together.

“When you have an organization with so many chapters, there are going to be chapters that are doing things differently from each other. So it’s just so that everybody can get on the same page,” said Martinez-Santoyo.

Students from each MEChA chapter attend caucuses — a safe space for individuals with similar identities to create agenda items for resolution circles where the chapters make decisions to restructure the organization. Students could attend different caucuses based on their identities such as the Queer Caucus, Afro-Latinx Caucus, Non-Chicanx Caucus and the Men’s Caucus, said UO MEChA External Director Lorenzo Ortiz-Cruz.

According to Recruitment and Retention Director Carla Gonzalez Pineda, the conference allowed the students to connect over these shared identities and experiences.

“The experience was very empowering because I was in a space with people who look like me,” said Carla Gonzalez Pineda.

Through the caucuses and the resolution circles, the chapters were better able to communicate with each other about how to improve the organization and plan future events, said sophomore Laura Gonzalez Pineda.

Over the weekend, the chapters heard from different keynote speakers who touched on topics like LGBT rights and political activism.

“On the first day, we had two trans women who spoke. They work with Trans Queer Pueblo,” Laura Gonzalez Pineda. “And we actually had the chance to write letters for trans people who are incarcerated or are in detention centers awaiting asylum.”

Martinez-Santoyo said the conference was an opportunity to meet other Mechistas — a member of MEChA.

“It was inspiring to meet other people from other chapters and to see the upperclassmen and the passion they have for MEChA and all the work they put into it, and everything MEChA has given to them,” Martinez-Santoyo said.

“Last year, when I went,” Ortiz-Cruz said, “I came back feeling really empowered and inspired. And I felt that even more this year.”

Correction: This story has been updated to reflect the correct spelling of Carla and Laura Gonzalez Pineda's last name.