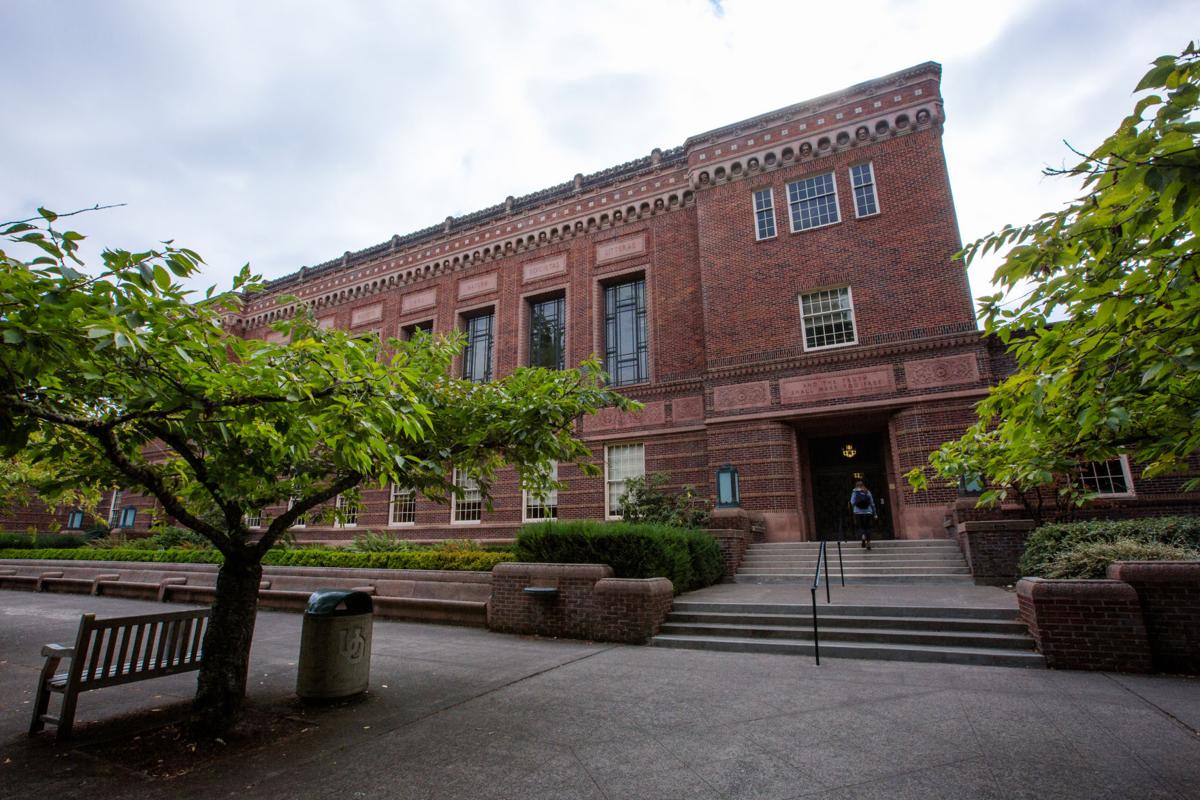 The mural "Development of the Arts" (Carrington Powell/Daily Emerald)

The mural "Development of the Sciences" (Carrington Powell/Daily Emerald) 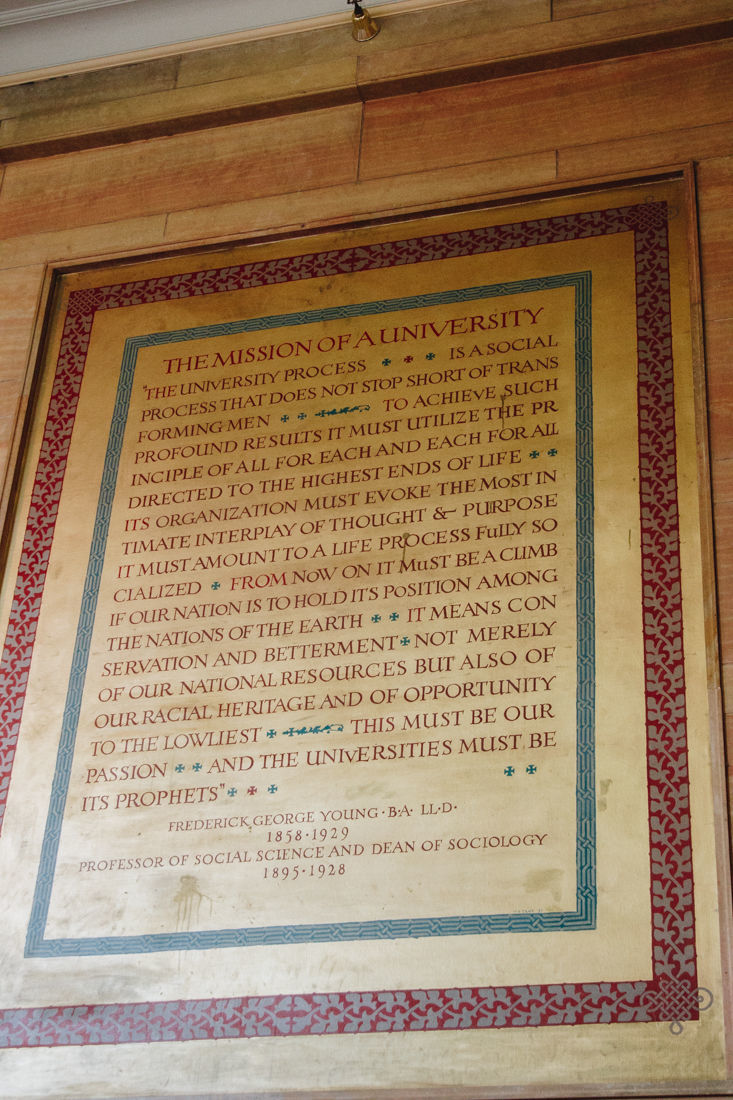 The mural "The Mission of a University"

The University of Oregon Libraries published a statement on June 22, promising to review its special collections and amplify marginalized voices, change its recruitment and hiring practices and to cover the murals in the Knight Library that contain racist content before students resume classes in the fall.

The statement came in response to a letter from the Associated Student of the University of Oregon’s executive team calling for the “removal, replacement and recharacterization” of the three murals — “The Mission of a University,” “Development of the Arts” and “Development of the Sciences” — currently on display in the Knight Library.

“Through my own personal interactions with the murals located in the Knight Library I have felt a looming unwelcomeness to the building,” Isaiah Boyd, the current ASUO president, wrote in the letter. “The displaying of these murals signifies a space that is not meant for many marginalized folk, such as myself.”

Boyd took issue with “The Mission of a University” mural and wrote that it is a “statement of White supremacy and a rejection of diversity.” Boyd also noted that the other murals displayed “only White individuals above all Individuals of Color while illustrating advancement in the arts and science.”

The three murals have inspired controversy over the years from students. Francesca Smith, then a first-year student, petitioned UO to remove “The Mission of a University” mural in 2017.

“Upon entering the Knight Library, the largest and most trafficked library on our campus, in order to go upstairs, the west stairwell features a mural that is riddled with racist and white supremacist undertones,” Smith wrote in the petition.

The mural includes a text written by Frederick G. Young, former dean of UO’s School of Sociology. “The university process is a social process that does not stop short of transforming men,” Young wrote, “It means conservation and betterment not merely of our national resources but also of our racial heritage and of opportunity to the lowliest.”

Smith wrote in the petition that she felt unwelcome and “disconnected from a sense of fellowship and safety” in the library. She said that the mural serves as a reminder to her and other students of color that they are not welcome in the library.

In their statement, UO Libraries outlined a series of commitments, including allocating additional funding to “ensure that marginalized voices are represented” in collections and covering the Knight Library murals.

Interim Dean of Libraries Mark Watson said UO Libraries has hired a professional conservator to evaluate the murals and advise them on how to best cover the murals.

“We will have the murals covered by October 1,” Watson said. “The intent was to get this done before students return for fall classes and the Knight Library reopens to the campus community.”

UO Libraries is also looking at the possibility of making records from the Portland chapter of the National Associate for the Advancement of Colored People available, Watson said.

“That’s a collection that needs to be processed,” he said. “And then we would hopefully be able to select materials from it for digitization.”

David de Lorenzo, the director of special collections and university archives, and other staff members have visited downtown Eugene on the weekends to collect flyers and pamphlets from the Black Lives Matter movement.

“We are trying to amass that collection so that it will be preserved for the future,” de Lorenzo said. “And that is something that we feel very committed to doing as archivists.”

The UO Libraries designed their commitments outlined in their statement on systemic racism and inequalities to serve as a guide for the upcoming year, Watson said.

The ASUO executive team responded to the UO Libraries’ statement. “While this statement is a victory in the fight against white supremacy on this campus,” the team wrote, “it is not alone sufficient.”

The ASUO executive team said they were committed to holding the UO libraries “accountable to the students they serve and the community at large.”