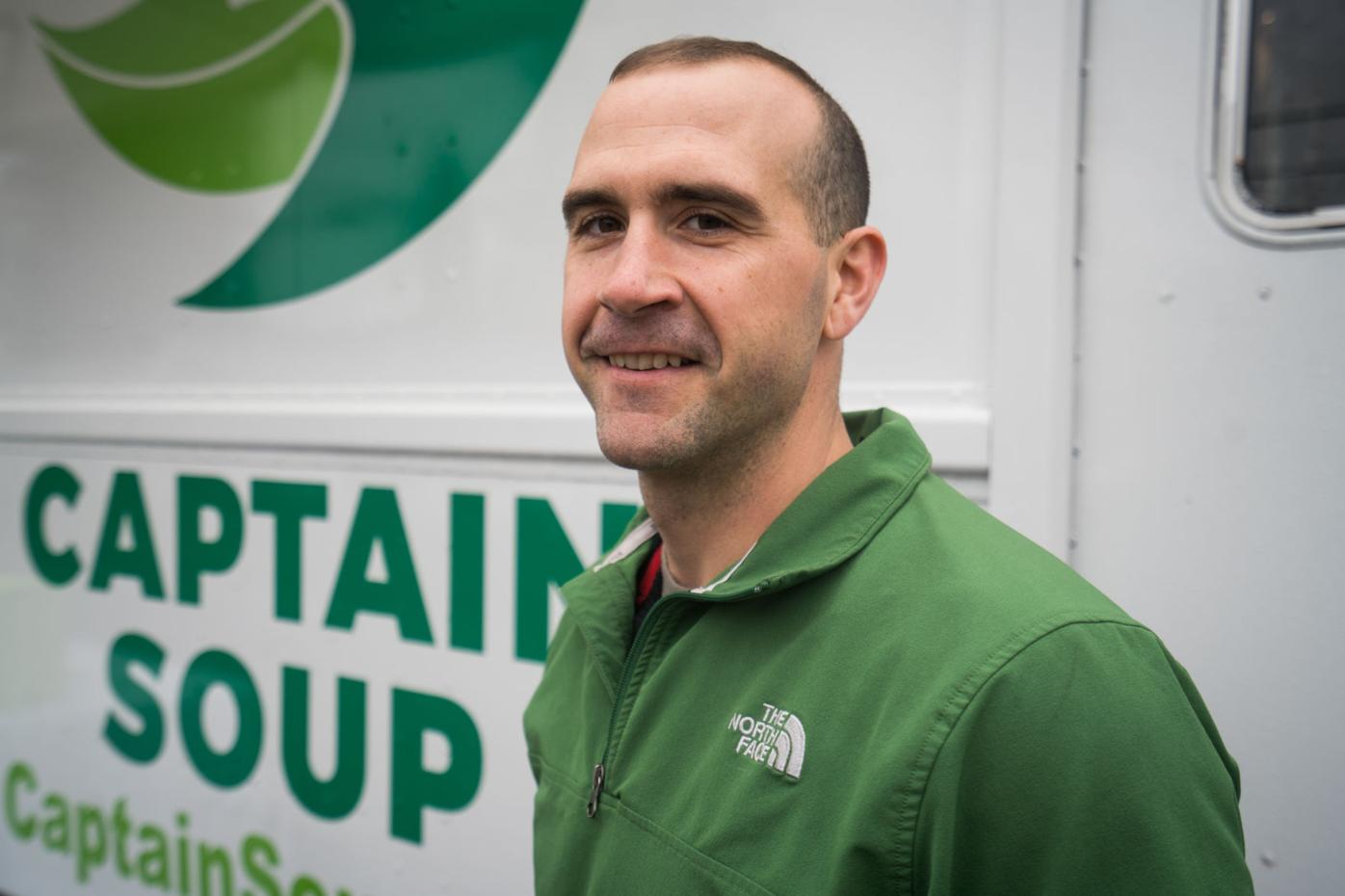 UO student and Army aviation captain Brian Gaudette is the owner of Captain Soup. After being diagnosed with Hashimoto’s Thyroiditis, an autoimmune condition, he turned to clean eating to manage his illness. (Dana Sparks/Emerald) 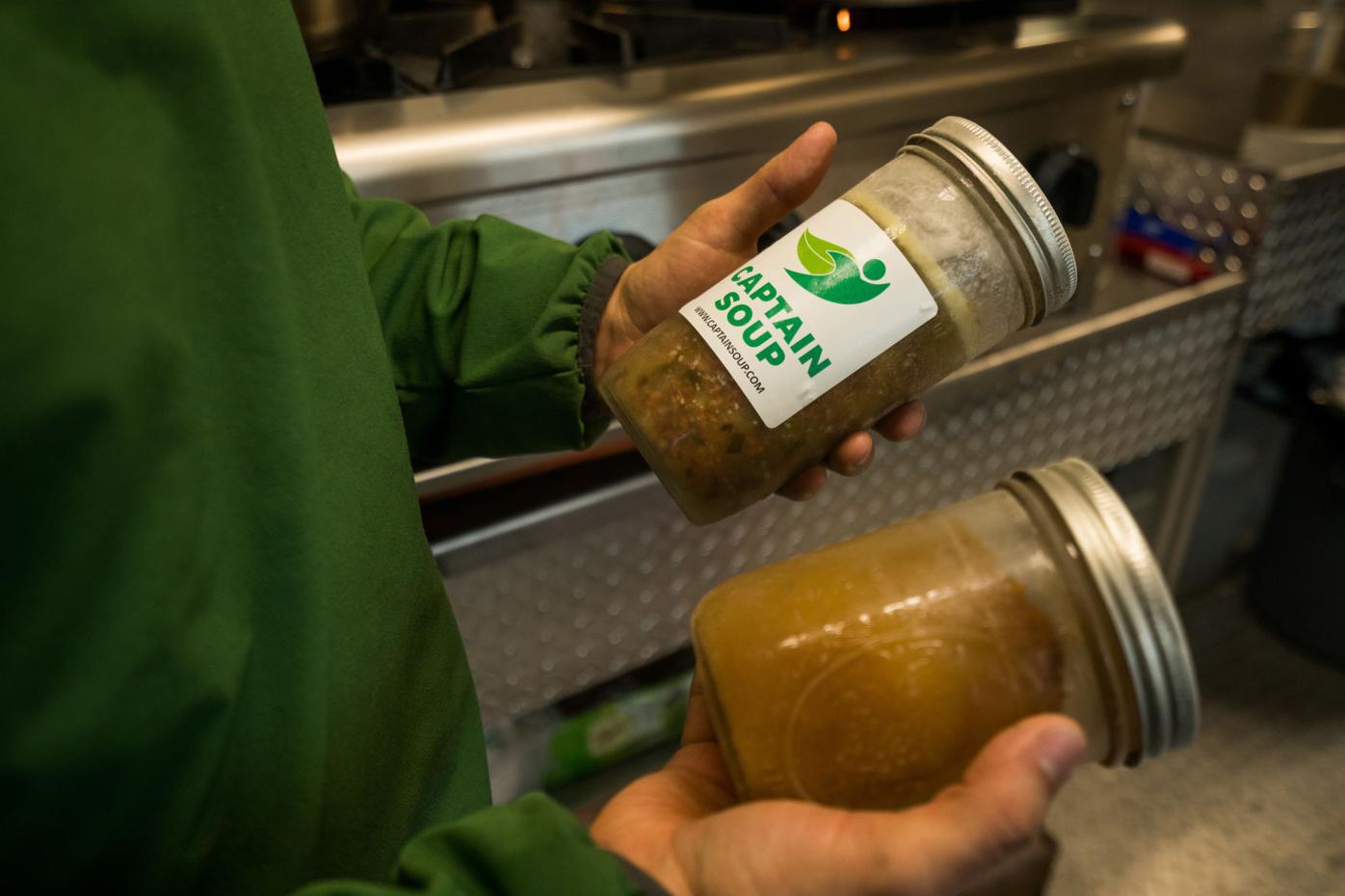 After Gaudette found that clean, whole food helped in managing his autoimmune condition, he canned 500 pounds of soup and sent it ahead of himself on deployment. "This food is like my medicine," said Gaudette. (Dana Sparks/Emerald) 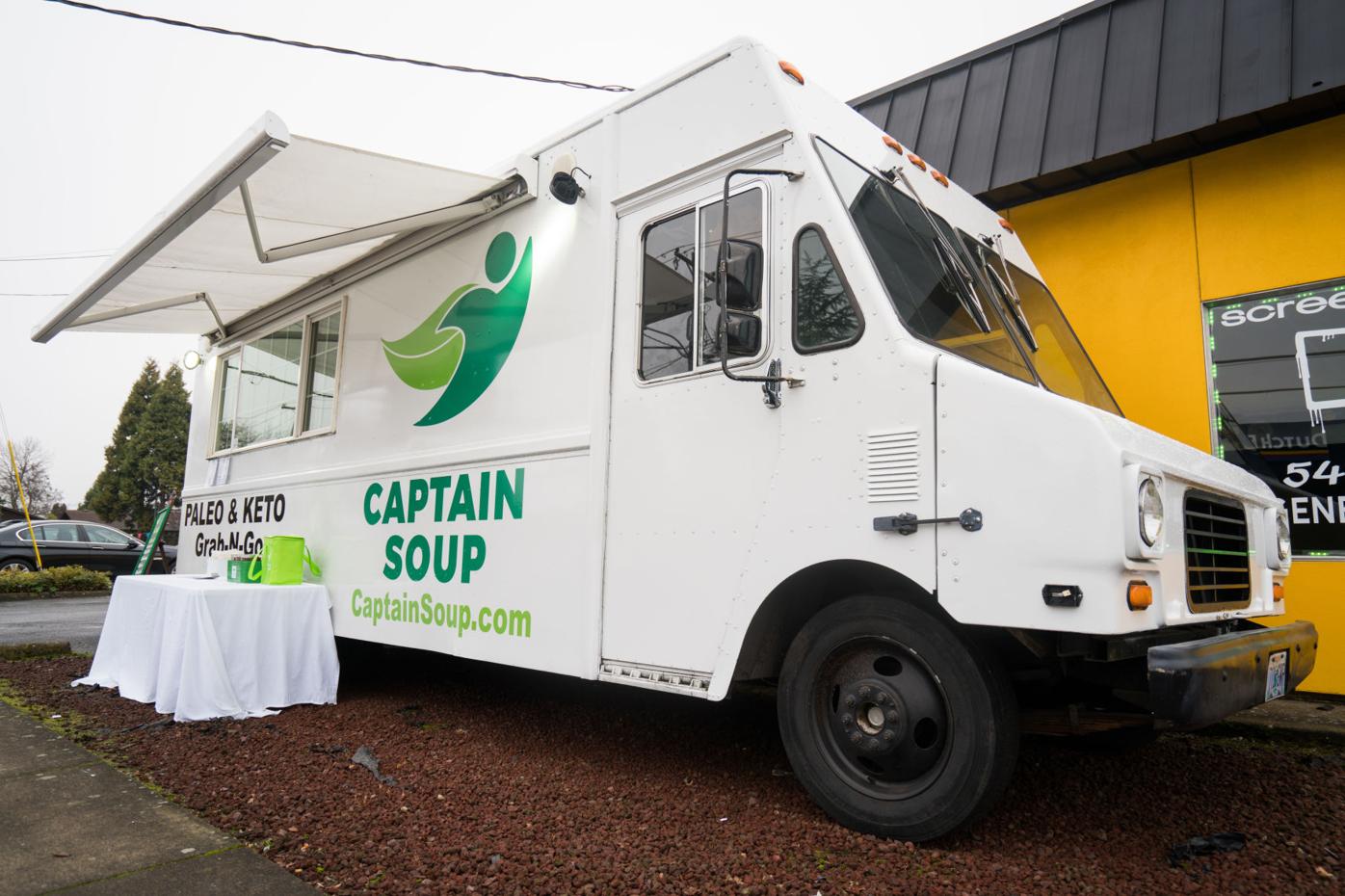 The Captain Soup food truck is located on West 11th and Chambers Street in Eugene. The name "Captain Soup" began as a nickname given to Gaudette by his peers in the Army. (Dana Sparks/Emerald)

About five years ago, Brian Gaudette noticed a change in his health. He was about 50 pounds overweight and was experiencing spatial disorientation and anxiety. As an active-duty aviation captain in the Army, he knew the brain fog and overall deteriorating health wouldn’t fly. His health would need to seriously improve to maintain his way of life, so he turned to soup.

Gaudette, now on what he called a “mid-tour hiatus,” is studying at the University of Oregon to receive his Masters in Business Administration. In addition to his studies, being a father and an active-duty officer, Gaudette is the founder and CEO of his food truck, Captain Soup. In the Lundquist College of Business, Gaudette found a support system of other entrepreneurs and an abundance of fresh resources that the Willamette Valley offers.

The soup is made with either locally sourced lamb or ground beef, bone broth and organic vegetables, and comes in classic or dijon flavors. Though he’s sold his product online for a year, he decided to open a physical location after discussing the idea in courses at the UO and with colleagues.

“Without the Willamette Valley, without being here in Eugene, without the University of Oregon, Captain Soup doesn’t exist,” he said.

Before beginning his soup business, however, Gaudette was diagnosed with an autoimmune condition called Hashimoto’s Thyroiditis, or Hashimoto’s disease, in which his immune system mistakenly attacks his thyroid. After visiting numerous specialists, he was prescribed a pill that alleviated some of the symptoms, though he said he still felt foggy, anxious and overweight.

Though he had reached the limit of what Western medicine could provide for him, he knew he couldn’t stop there if he wanted to continue to be an aviation captain, he said.

That’s when a friend gave Gaudette a book about using food to heal chronic diseases, which sparked his interest in researching the topic. Chronic illnesses and autoimmune conditions affect 23.5 million Americans, according to the National Institute of Health, though those numbers may be higher due to undiagnosed conditions.

While Gaudette said he knew that starting a clean, whole-food diet would relieve his symptoms, committing to a new diet would be more difficult with travel and an intense work schedule.

“When you look at the food that’s really convenient, and that’s readily available, none of it is clean.” He asked himself, “How do you exist in this food system and society that doesn’t have clean food? And the answer is the burden is completely on you to source and make your food every day.”

He decided to commit to a six-month trial diet, eating only soup that he prepared from whole, organic ingredients known to heal stomach ailments. He’d cook large batches and freeze portions to take on the go.

After only four or five weeks on the new diet, he said it felt like a veil had been lifted from his eyes. He had more mental stamina, slept better and was quickly shedding the extra weight.

“When your brain doesn’t work, it’s really hard to remember what it’s like to feel normal, it’s just sort of this slow fade into gray,” he said.

When Gaudette realized the diet was working for him, the next step was figuring out how to transport soups when he was on deployment. He learned how to tin cans of soup in his home, and would ship 500 pounds of soup to destinations while on deployment, earning him the nickname “Captain Soup.”

He began selling soup to some family and friends, who ate the soup every day for 30 days and reported losing weight and reversing symptoms of type two diabetes, among other health improvements. After seeing the results, he decided to open the online shop.

“It’s really humbling to watch someone who’s going through living a shell of a life to all of a sudden they’re thriving and they’re being healed from things that were not supposed to be possible without medication,” he said. “That’s been incredibly humbling to be a part of and really why we’re still here.”

Gaudette also hosts talks and said he hopes that by sharing his experiences, and his soups, others will be able to make healthy diet changes as well.

Captain Soup is located on the corner of West 11th and Chambers in Eugene. The truck is open from 11 a.m. to 6 p.m. Monday through Thursday, but you can order the soup online anytime at captainsoup.com.

Emily is a senior news reporter for the Emerald. She covers student organizations on campus and is interested in covering small community news through solutions journalism. She is a journalism and Spanish double major.