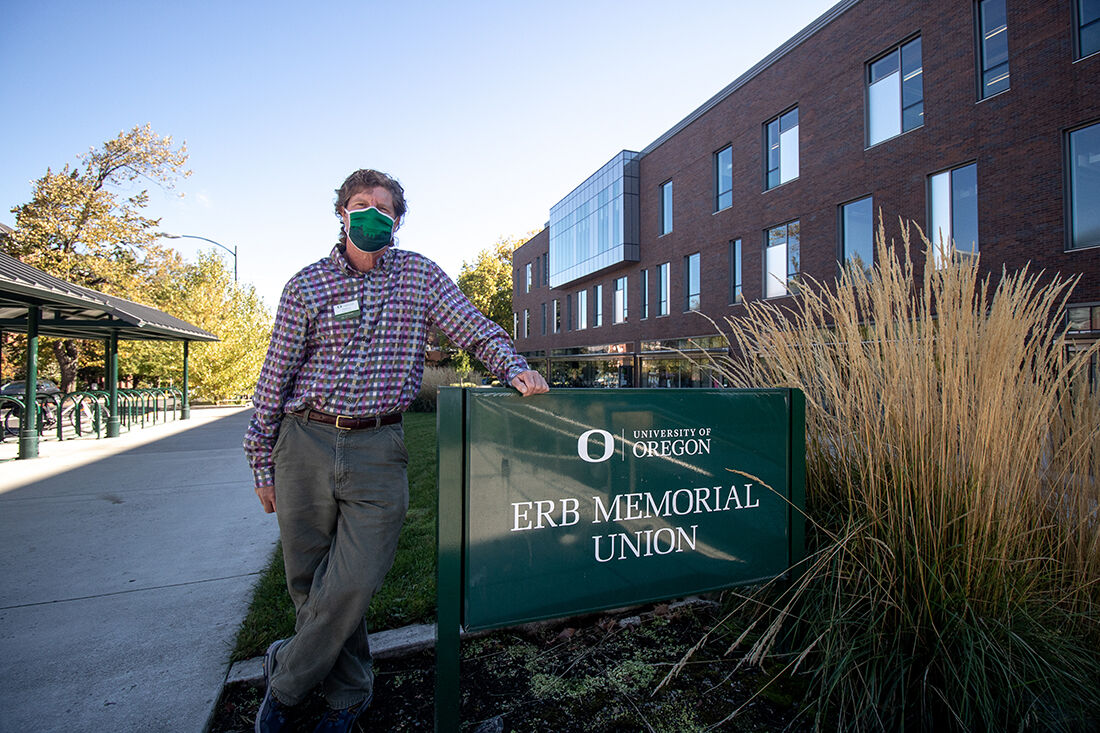 Sam Stroich, who works in the ERB Memorial Union, says that required testing will be a benefit to University employees. “I think it’s great that the university is doing voluntary testing now, but I think there should be some required testing,” Stroich said. “Because those people on campus who aren’t wearing masks and have political leanings against this, are they going to be voluntarily testing themselves?” University employees on campus are concerned about the lack of mandatory COVID-19 testing, as well as the inability to access free testing services that students receive. (Will Geschke/Emerald) 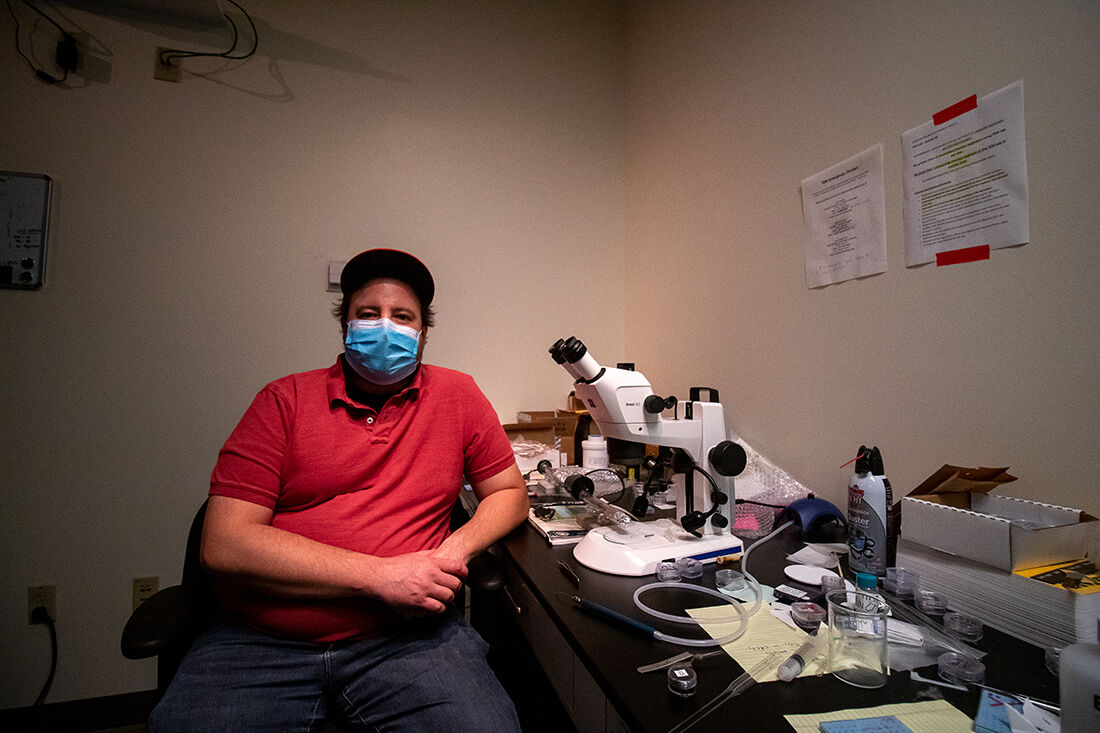 Joshua Razink poses at his workstation in Huestis Hall. University employees on campus are concerned about the lack of mandatory COVID-19 testing, as well as the inability to access free testing services that students receive. (Will Geschke/Emerald)

COVID-19 restrictions have led to a mostly remote fall term, with some in-person labs, studio experiences and other small classes. Students living in the residence halls go through a testing process before and after move-in to ensure that the spread of the virus is minimized. But while students who live on and off campus have the opportunity to get tested at the University Health Center, that option does not exist for faculty and employees who are required to teach on campus every day for their job.

Sam Stroich, assistant director of the Oregon Outdoor Program, said he is mostly concerned about the lack of mandatory testing for the non-student staff he works with on a daily basis.

“So many of my coworkers are amazing and super respectful and concerned about the community, but there are several people on campus who are not,” Stroich said. “It might be a political basis or something, but there is definitely a lack of consistency around mask-wearing. For me, no matter how you feel about the mask piece, it’s a commitment to our community and to respecting others.”

At the start of the school year, Stroich said there were “herds of parents” on campus not wearing masks and openly talking about not wearing them. As assistant director of the outdoor program, he was forced to interact with these parents as they roamed the campus and said he felt uncomfortable doing so.

The Graduate Teaching Fellows Federation brought up the lack of robust testing during a virtual press conference on Wednesday, Oct. 14. The next morning, UO President Michael Schill and Provost Patrick Phillips sent out a campus-wide email announcement saying they would expand COVID-19 surveillance testing conducted by the Monitoring and Assessment Program.

“Regular mandatory testing will continue in our residence halls, and we are pleased that we are now in a position to expand MAP’s work to accommodate additional voluntary testing for some groups of employees and students,” Schill and Phillips wrote in the email.

“Some groups” refers to students living in fraternity and sorority houses or large apartment buildings, faculty and employees whose work requires them to be on campus and underserved communities disproportionately affected by COVID-19. According to the email, the MAP team is ramping up testing capacity to 4,000 tests per week.

“I think it’s great that the university is doing voluntary testing now, but I think there should be some required testing,” Stroich said. “Because those people on campus who aren’t wearing masks and have political leanings against this, are they going to be voluntarily testing themselves?”

Joshua Razink, director of the Transmission Electron Microscopy Facility for UO’s Center for Advanced Materials Characterization in Oregon, works in laboratories on campus. He said this announcement may be a stepping stone to a safer campus environment, but it will not solve the problem at large.

“Considering how this message really seemed to stem from a lot of media tension, it does make me wonder what the longer term plans are. And that hasn’t been really addressed,” Razink said.

Under the ‘Prevention’ tab on the UO Coronavirus Information page, guidance says that if an employee thinks they may have contracted the virus, they should contact their health care provider to see about getting tested. Razink said this is not realistic for him.

“Even if I wanted a test, I couldn’t just walk into my health care provider and ask for one,” Razink said. “People who can do their work from home are making decisions for those who can’t work from home.”

Razink said he was baffled that the university thought testing only a portion of the people on campus would make it a safe environment, and he referred to the decision as an “oversight.”

Stroich said he is worried about what will happen to his home life if he tests positive and has to quarantine around his family. He described these fears as “third level things” happening in the background that have concerned staff about the lack of mandatory testing on campus.

“Let’s not blame the students,” Stroich said. “There is a lot of blame being focused on off-campus students right now, but I think the university has a responsibility to keep the campus safe, and I don’t think they’re following up fully with their responsibility.”

Captions for photos in this story were corrected on Oct. 20 to use the correct spellings of Sam Stroich's and Joshua Razink's names.