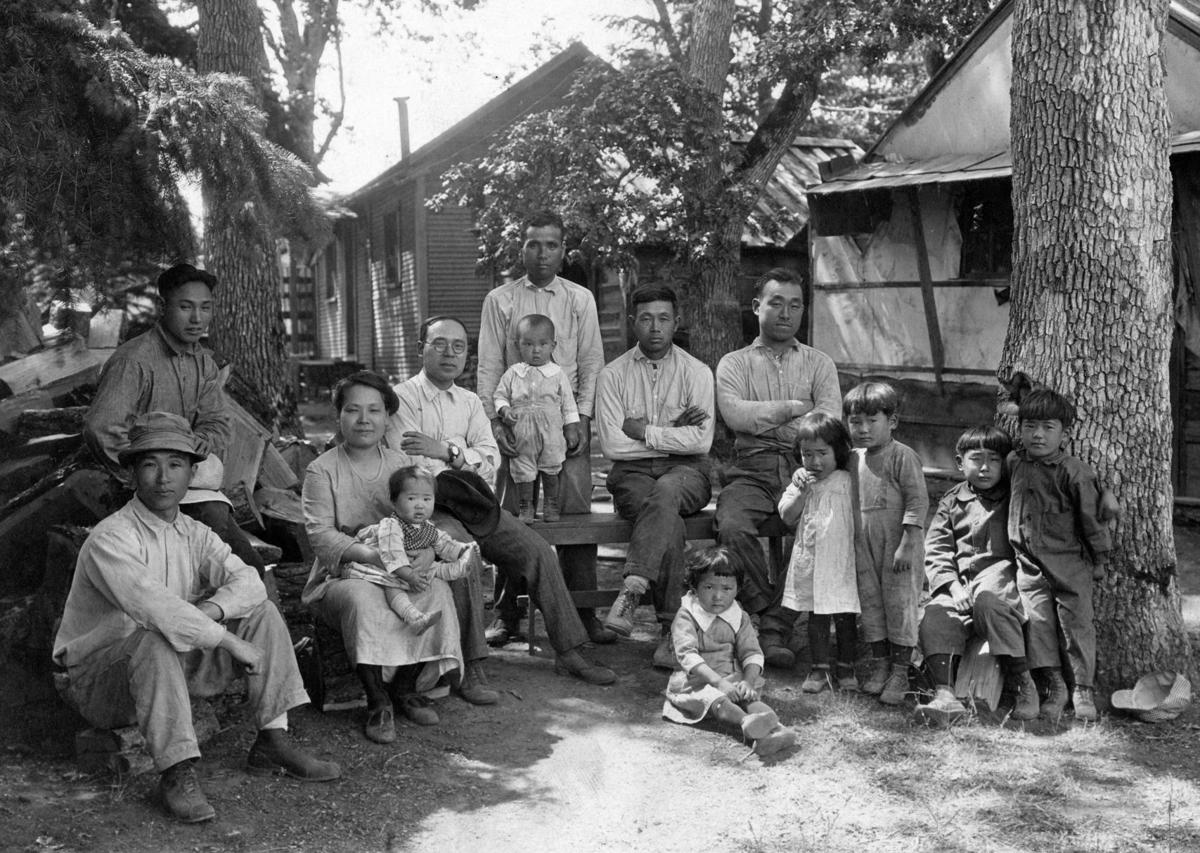 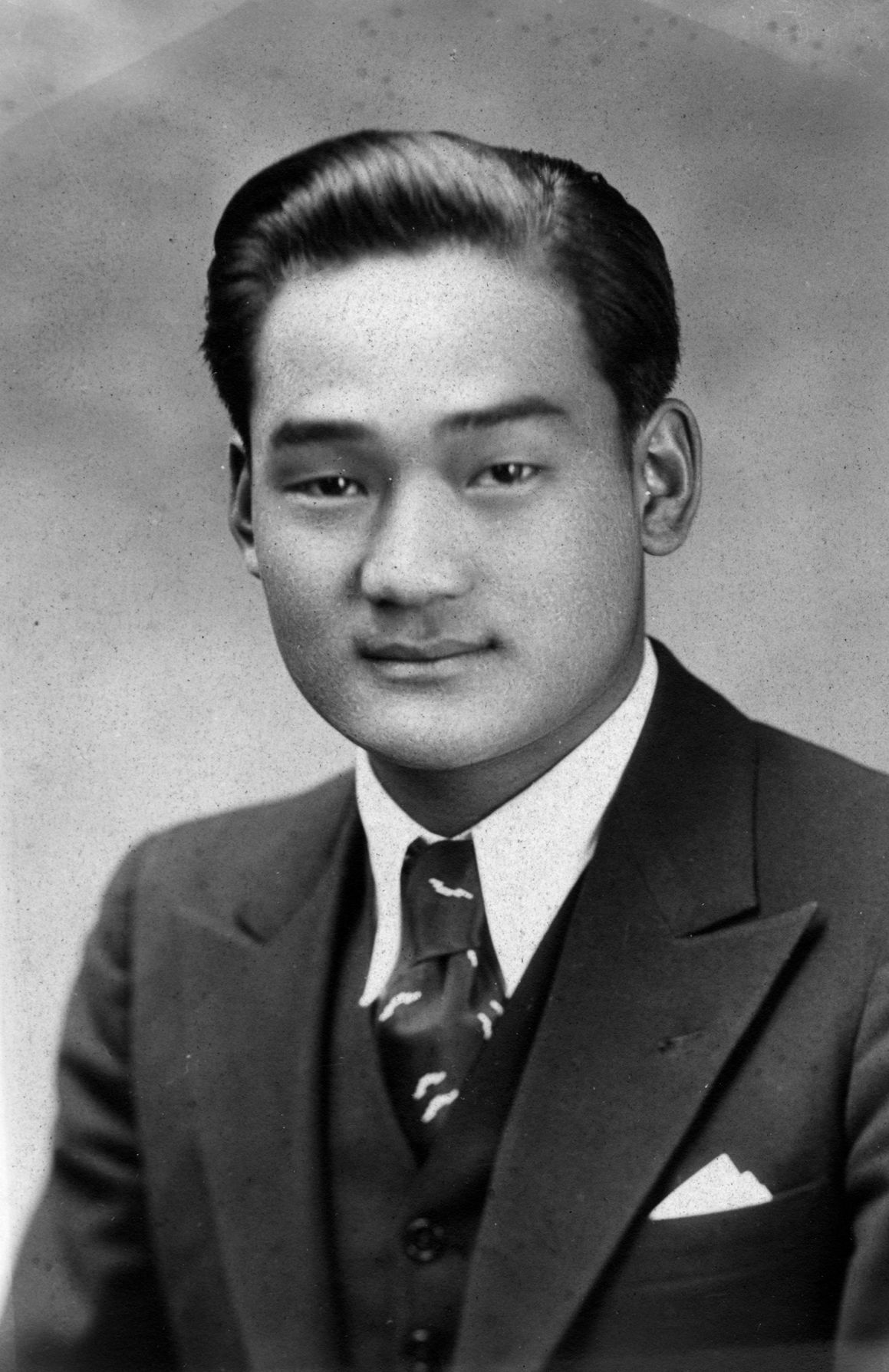 Minoru Yasui in the 1930s. (Courtesy of Holly Yasui) 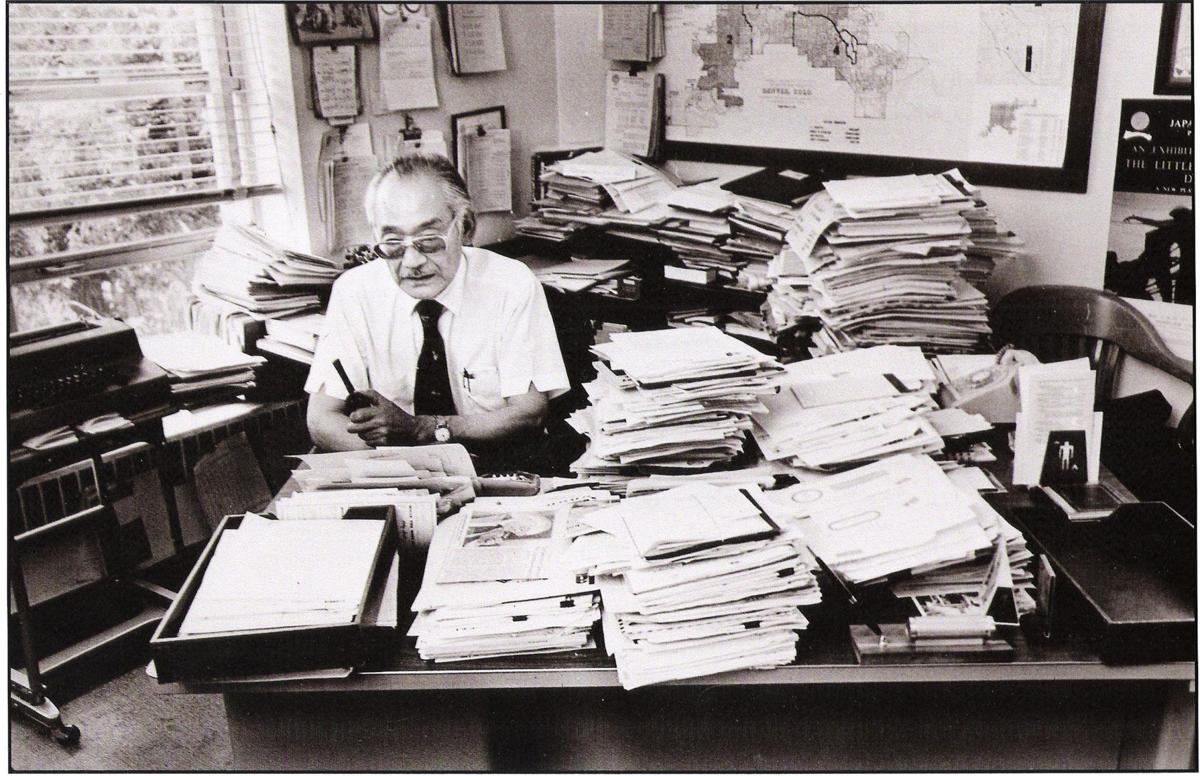 Minoru Yasui was one of only four Japanese Americans who stood up to the US. government to argue the legality of Executive Order 9066 (Courtesy of Holly Yasui)

In the spring of 1986, more than 40 years after World War II so forcefully brought them together, two men met in a diner outside of Denver to catch up. One was George Nakata, a second-generation Japanese American who was working at the time in international trade. The other, also a second-generation Japanese American, was Minoru Yasui — a 70-year-old University of Oregon Law School graduate with a lifetime of successful law practice and community service behind him.

By that time, his list of accomplishments had grown long and storied. Perhaps most importantly, Yasui had been one of only four Japanese Americans who stood up to the U.S. government to argue the legality of Executive Order 9066. Roosevelt's now-infamous order led not only to the forced relocation and internment of more than 120,000 Japanese Americans, but the loss of innumerable family heirlooms, possessions, businesses and property. Most would never be returned. In some cases, whole Japanese neighborhoods within the U.S. gradually disappeared.

Yasui was beloved by friends and colleagues in both his professional and personal life, known as a “tremendously generous, kind and engaged” person, according to his daughter Holly Yasui, who would later go on to produce a documentary about his life.

So great was Yasui’s reputation that Denver’s government began giving out an annual community service award in his name.

To Nakata, however, Yasui was an old friend, one that had been there since the early days of his childhood. When Nakata was just a child during World War II, Yasui was at the beginning of his career. Yasui knew the young Nakata through Nakata’s father, who used his services as a lawyer.

In the 1940s, the two men both lived in what was known as “Japantown” in Northwest Portland, a roughly 20 square block area between modern-day Northwest Broadway and the Willamette River. Businesses like small hotels, restaurants, bathhouses and even four newspapers, staffed mostly by families, filled the community.

Yasui, who graduated from the UO Law School in 1939, practiced law in Japantown and helped people navigate the tricky landscape of business permits, local ordinances and legal minutiae of living in America as a first- or second-generation immigrant in the ‘40s. Unable to secure an entire office, he worked in the lobby of a hotel and often did his work for free for local Japanese residents in need, Nakata said.

“He became friends with my father, who had a small hotel and two markets on Columbia Boulevard,” Nakata said. “Minoru Yasui helped him — helped him get business licenses and all of the legal things that immigrants would not understand.”

Before starting his practice in Portland’s Japantown, Yasui had worked at the Japanese Consulate General office of Chicago doing clerical work and speech writing. He had been brought back to Portland by what Franklin D. Roosevelt dubbed “a date which will live in infamy”: the bombing of Pearl Harbor by the Imperial Military of Japan.

Yasui was already commissioned as a second lieutenant in the U.S. Army Reserves due to a policy at UO requiring all male students to enlist in the ROTC program before graduation, according to Densho Encyclopedia, a collection of research concerning Japanese Americans funded by the Department of the Interior. When he heard the news of Imperial Japan’s attack on Pearl Harbor, he immediately resigned his position at the consular office and reported for duty, hoping to fight for the U.S. military.

He was ordered to report for duty at Fort Vancouver, Washington. But when he arrived, the army turned him away — he was not allowed to fight because he was of Japanese ancestry. Persistently, Yasui continued to report: nine times he attempted to take up his post as lieutenant, and nine times he was turned away because he looked Japanese.

At the same time, Yasui’s father was arrested as a potential threat to the nation.

After that, Yasui returned to Portland and began his law practice, where he first met Nakata.

On Feb. 19, 1942, just months after Yasui returned from Chicago, Roosevelt enacted the forceful incarceration of all Japanese Americans on the West Coast.

“We couldn’t leave our homes after 8 o’clock p.m.,” Nakata said. “Being a lawyer, [Yasui] knew that that was unconstitutional. You can’t take a single ethnic group and tell those people when they can and can’t leave their home. But America did.”

So Yasui decided to challenge the unjust law. On March 28, 1942, he left his home after 8 p.m. and deliberately broke the curfew. For hours, he walked around without being troubled by the police. According to an article written by Holly Yasui, after some time, he approached a cop and demanded that he be arrested. When that policeman just told Yasui to run along back home, Yasui barged into the police station and asked the cops inside to arrest him.

The officers inside arrested Yasui on the spot.

Over the weekend, the front page of the newspaper read in big, bold letters: “JAP SPY ARRESTED,” according to Holly Yasui’s article. When he called his mother, a first-generation Japanese American immigrant living in Hood River at the time, she did not scold him or express fear.

“I’m not worried,” she said, according to Holly Yasui. “I support you. Persevere!”

Yasui planned to challenge the legality of his arrest in court. He was defended by attorney Earl Bernard in a non-jury trial, leaving the decision to the judge.

Chief Judge of the U.S. District Court for the District of Oregon James Alger Fee decided it was unconstitutional to create or enforce laws specifically targeting a race. He agreed that the curfew enacted to oppress Japanese American citizens was unfair.

Fee did not agree, however, that Yasui was an American citizen, despite having been born in Hood River. According to court documents, Fee declared that Yasui had demonstrated loyalty to Japan by working for the Japanese consulate and revoked his citizenship.

Fee sentenced Yasui to one year in prison and fined him $5,000. Yasui was moved to Multnomah County Jail, where he spent nine months in solitary confinement while waiting for an appeal.

Eventually, his case made it to the Supreme Court. The Court decided that Fee could not revoke Yasui’s citizenship, but also said that restricting the rights of U.S. citizens during a period of war was constitutional.

Instead of being released, Yasui was moved more permanently: to the Minidoka War Relocation Center in Idaho. A site that many, Nakata included, refer to today as a concentration camp.

“Minidoka was in a sea of sagebrush,” Nakata said. “It was a land where coyotes and wild dogs would roam. Groups of rattlesnakes and scorpions.”

It was there that the then-teenage Nakata met with Yasui once more.

The wide, desert space was filled with 44 blocks, each block containing six tar paper shacks for living and a handful of facilities. The rapidly-built facility would hold 13,000 people over the course of the war. In 1942, interned Japanese Americans were packed in six families to each block in the uninsulated cabins, would suffer temperatures as high as 104 degrees and low as negative 21 degrees, according to the Minidoka Irrigator, a newspaper run by people inside the camp.

The complex was surrounded by barbed wire and guard stations at every corner; M1 rifles pointed inward 24 hours a day.

The bad living conditions and inhumane treatment of internees Yasui was subjected to during the war deeply affected him and became the subject of much of his life’s work and writing.

After two years at Minidoka, Yasui left the camp in 1944 and moved to Denver. In 1945, he took the bar exam in Colorado and passed, but was denied acceptance because of the criminal record he had been given after his breaking of the Portland curfew in 1941. After an appeal, he was accepted. He spent the rest of his life working in Denver.

“His career was his life,” wrote Holly Yasui in an email interview with the Daily Emerald.

In the 40 years after the end of the war, Yasui continued the legacy he started when he sued the government over its curfew policy by defending marginalized groups like African Americans, Native Americans and Latin Americans. He also traveled around the country to attend meetings, speak to politicians and give speeches.

“When he got up in front of a crowd to speak, he was transformed from a small, Asian man into a giant of sorts, fiery and passionate, using old-fashioned cadences and gestures to express his feelings and ideas,” Holly Yasui wrote.

Over the years, Yasui’s faith in America did not waver. Despite the U.S. Government’s mistreatment, Yasui chose not to leave the country at the end of the war after regaining his freedom. He devoted himself, instead, to a lifetime of service within the nation of his birth.

“I don’t think my faith in America has diminished one wit,” Yasui said in a profile produced by KUTV of Salt Lake City in 1983. “I think my idealism, a little tired perhaps. But if I were a youngster 26 years old, you bet I’d do it again.”

According to Holly Yasui, her father’s experiences during the war were never a taboo topic. Rather, he spoke often about the time, and hoped others could learn from the injustices perpetrated against Japanese Americans during WWII.

“He expressed great outrage for the affront against the principles of democracy and equality, but not personal anger and not bitterness,” she wrote.

Holly Yasui would later write that her father lived by a simple motto: “We are born into this world for a purpose: to make it a better place for our having been there.”

In his work after the war, Yasui lived in accordance with that motto.

When Nakata met Yasui at that diner, Yasui, now an old man, was three years deep into another battle with the U.S. Supreme Court. In 1983, he filed a motion attempting to convince the court to reverse his 1941 conviction and agree that the conduct of the U.S. Government was unconstitutional. The court did not agree to any of his claims.

After eating and catching up, the two parted ways and went back to their lives.

Yasui passed away only a few months later in 1986. He died while waiting to be heard in an appeal court, which was dismissed after his death

In 2015, 29 years after his death, then-president Barack Obama posthumously awarded Yasui the Presidential Medal of Freedom — the highest civilian honor in the nation.

“Today, Min’s legacy has never been more important,” Obama said during the ceremony honoring Yasui. “It is a call to our national conscious. A reminder of our enduring obligation to be the land of the free, and the home of the brave.”