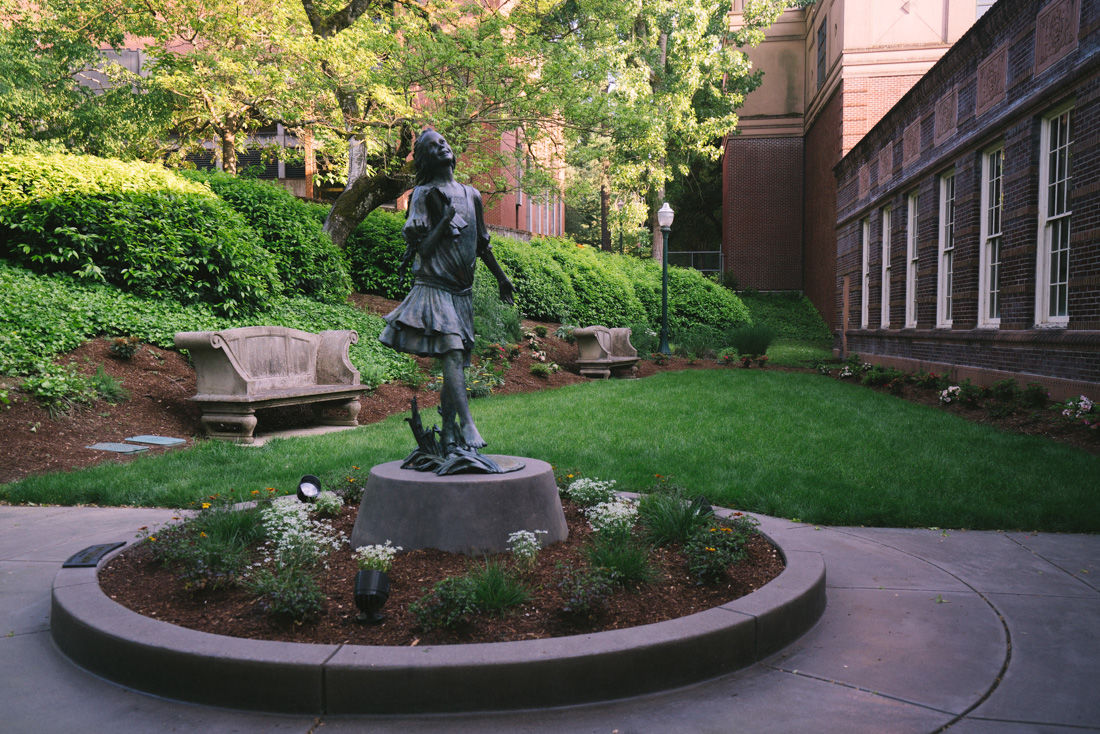 The Opal Whiteley statue on the east side of the Knight Library. (Dana Sparks/Emerald) 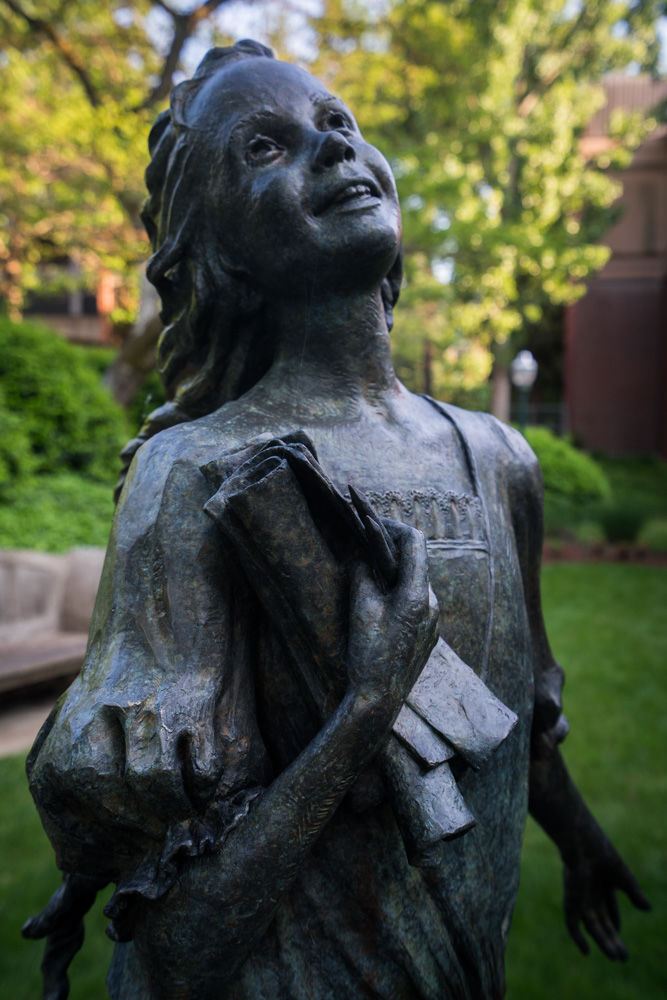 The statue located on the east side of the Knight Library was installed in April. It was paid for by the Tykeson family. (Dana Sparks/Emerald) 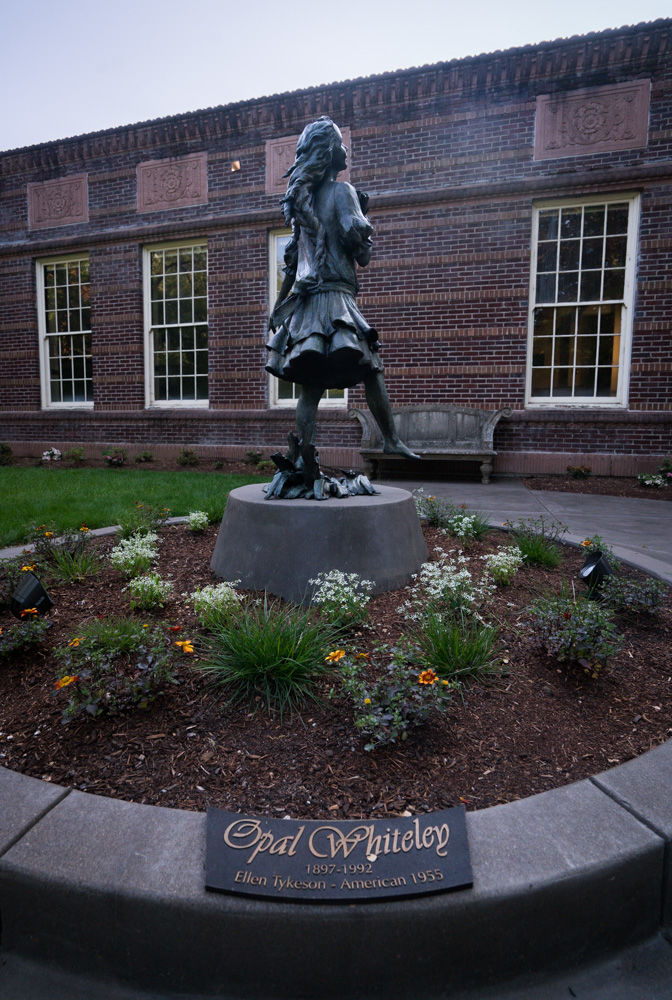 OPAL WHITELEY — A statue paid for by the Tykeson family next to the Knight Library. (Dana Sparks/Emerald)

Between Knight Library and Gerlinger Annex, there sits a recent addition to the university: a bronze statue of a young girl walking through nature and holding a book.

The university installed a statue of writer and UO alumna Opal Whiteley next to the Knight Library over spring break.

Whiteley is most known for her childhood diary, “Opal: the Journal of an Understanding Heart,” which was published in 1920.

Whiteley was described as the “sunshine fairy,” according to an article from the New Yorker. While at UO, she was often seen chasing butterflies or reading in trees. Whiteley’s influence spread across the state of Oregon when she was as young as 12 years old. She gave lectures about the natural world.

The statue was sculpted by UO graduate Ellen Tykeson. Tykeson has produced other pieces of art for the university, such as the Luna statue next to Straub Hall. The Tykeson family has been a long-time supporter of the university. Most recently, they partially funded the new academic and career counseling center, Tykeson Hall, which is set to open in Fall 2019.

To install the statue, Campus Planning and Facilities Management had the foundry drive the statue to campus and take it up the path to the library where it was set in its final position.

Budzik said Tykeson was at the installation and helped set where the statue needed to go.

“I’ve never met a kinder, more humble person. She really tries to downplay her talent,” Budzik said. “She’s just very humble and a very pleasant person to be around and work with.”

Budzik said Tykeson wanted the plaque, which displays her name, to be not in the front of the statue. “She was very specific that it should be off to the side and not the focal point because it has her name on it,” Budzik said.

Campus planning administrators Mike Harwood and Jeff Butler and Vice President for University Advancement Mike Andreasen were project sponsors for the statue and supported it through the planning process. Within Campus Planning and Facilities Management, many people lended their talents to the installation and design.

Budzik said the process of installing the statue was a group effort and the collaboration between the various branches of campus planning and facility management was noticeable.

“We always all work together, but we’re never really that tightly involved in terms of collaboration on the whole scope of the project, so it’s unique in that sense,” Budzik said.

On May 23, the university held a commemoration ceremony where Tykeson spoke and library officials gave a brief history of Opal Whiteley.

“I guess [Whiteley] was known as the sunshine fairy. On the day of the ceremony, it was kind of cloudy and overcast and just as it started, the clouds kind of parted and the sun shone on the statue,” Budzik said.