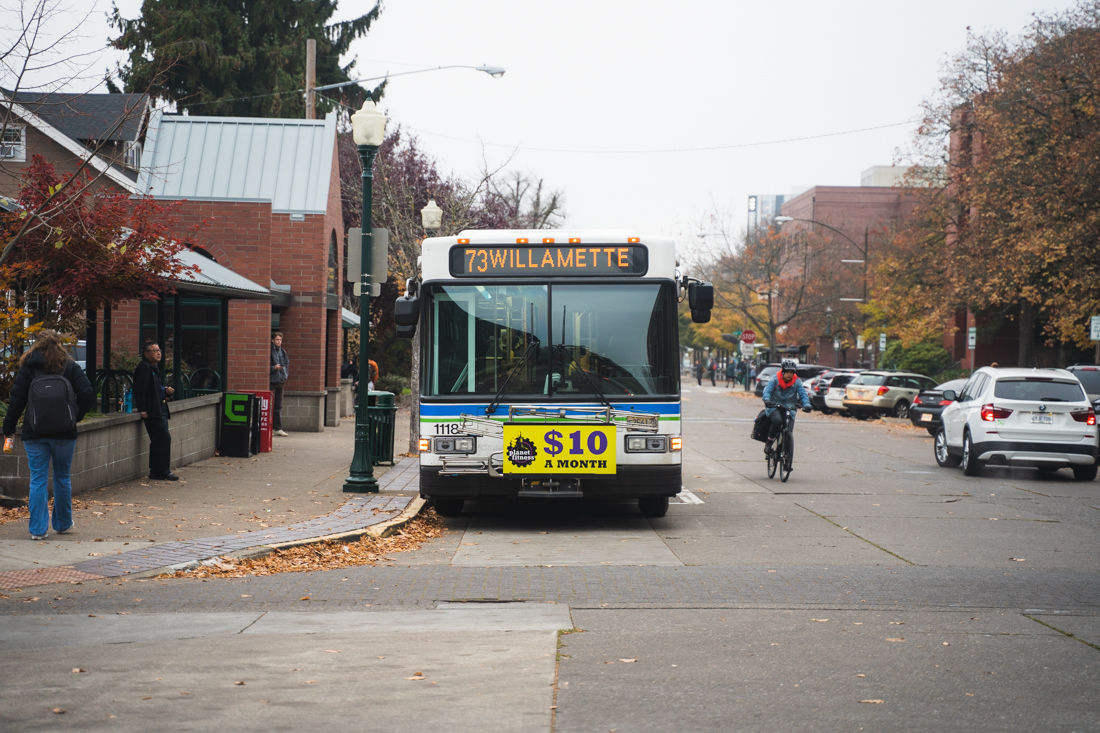 A bus is parked at the University of Oregon Station on Kincaid street. (DL Young/Emerald) 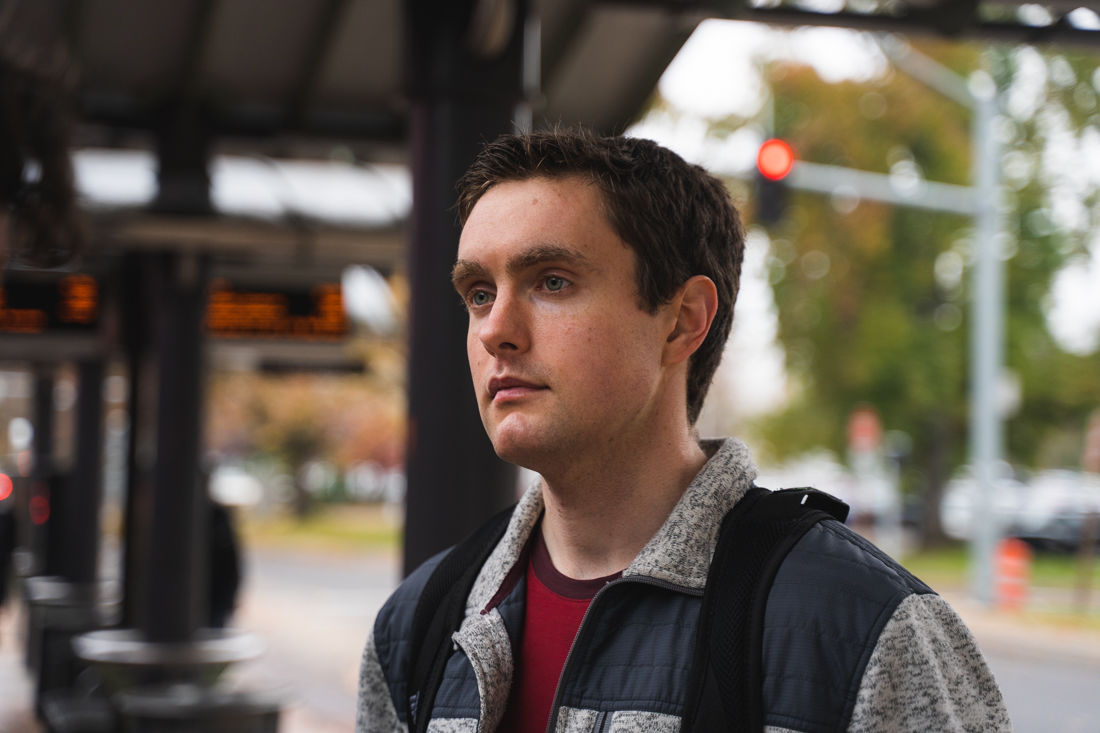 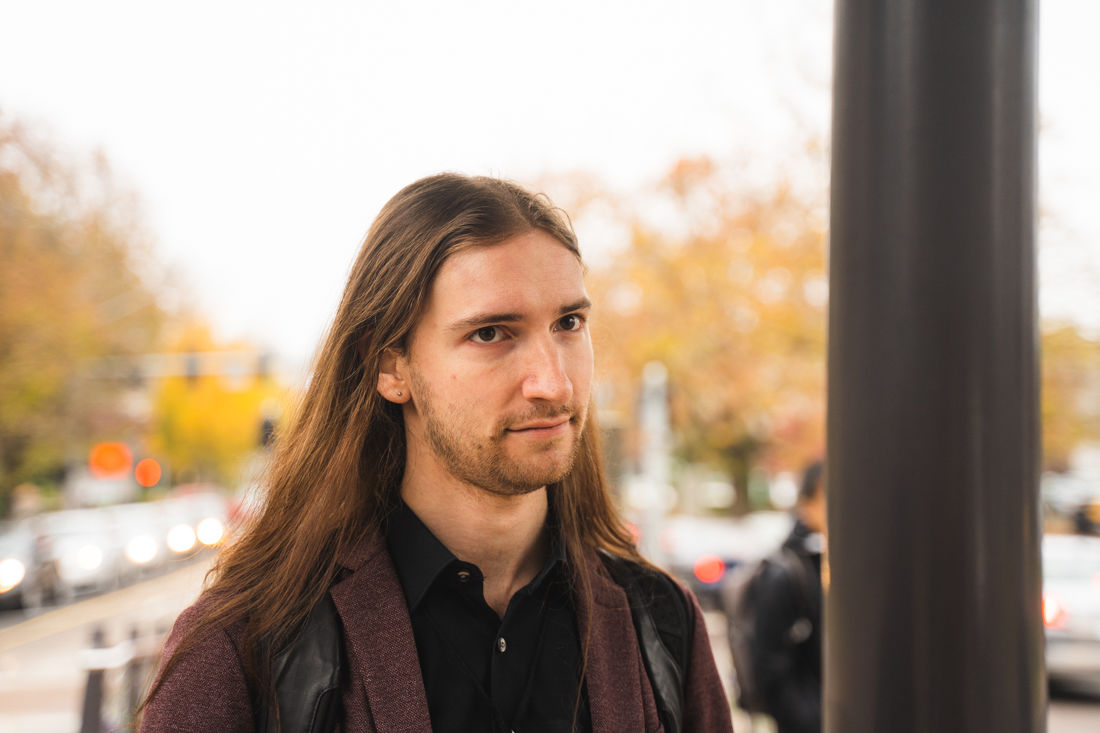 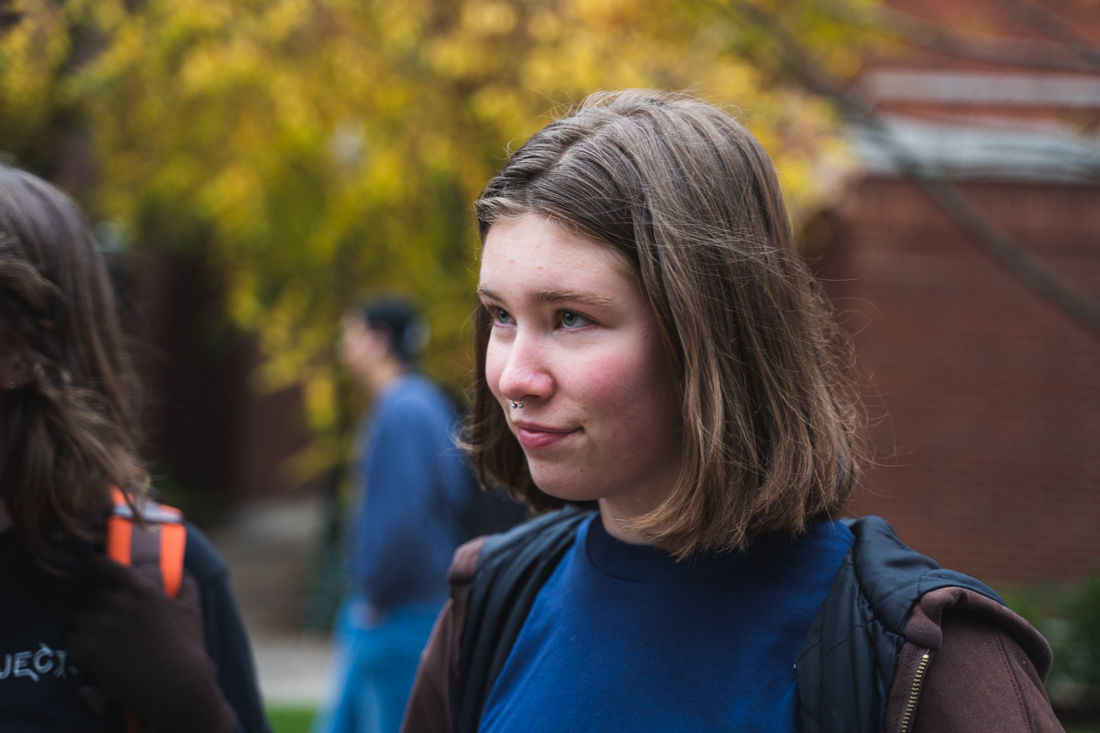 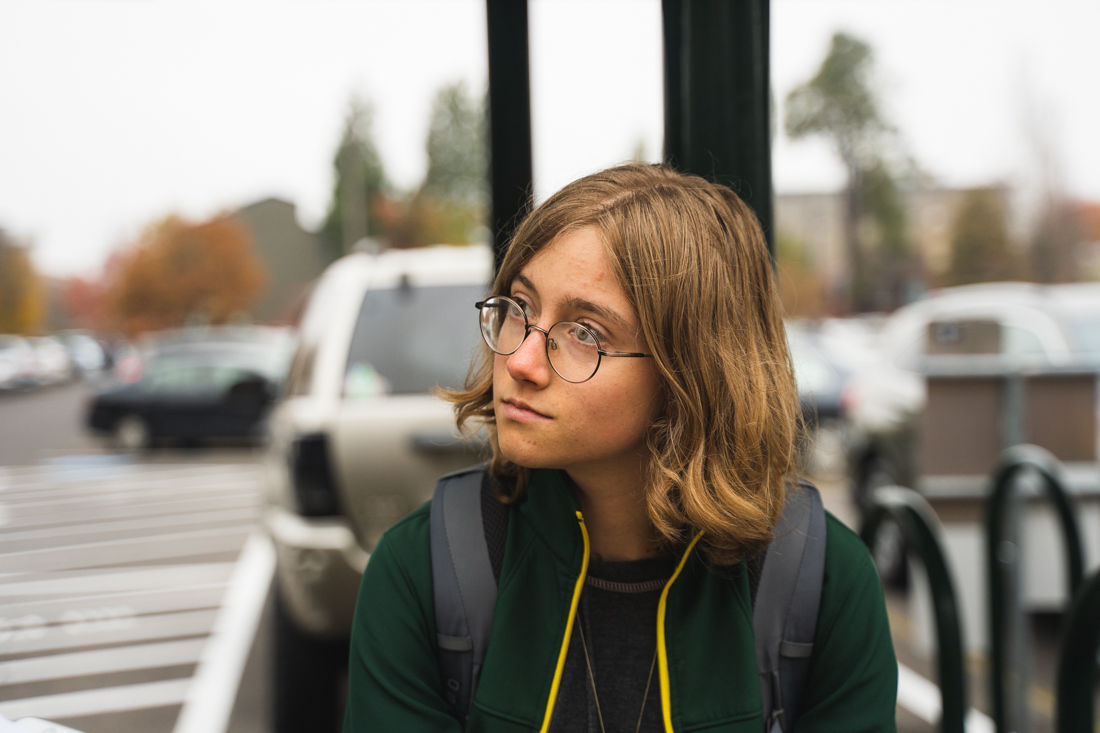 Anna Hougardy is an Environmental studies major at the University of Oregon. (DL Young/Emerald) 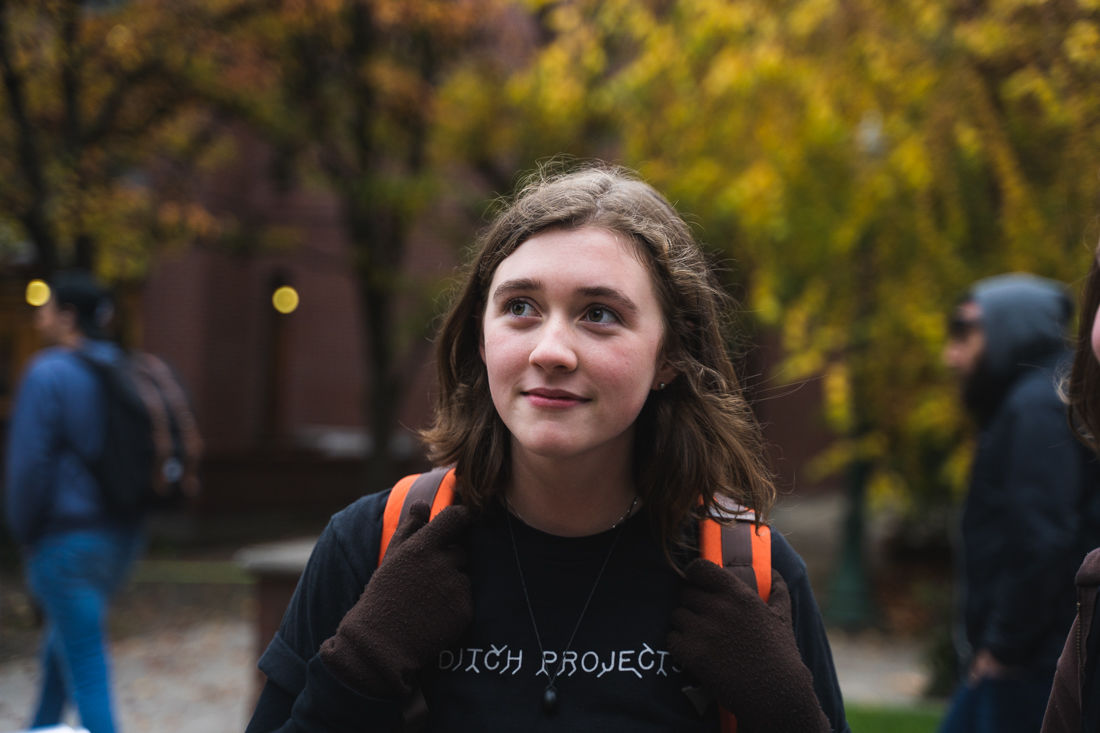 Jessie Finlay is a South High School student who rides the 24 and 73 bus everyday. (DL Young/Emerald)

Changes are coming to the Lane Transit District system. Starting during the summer, busses will begin running more often on routes with high ridership, but routes with lower ridership will lose stops. The Daily Emerald spoke to bus riders to see what they think about the coming changes.

James Emery, Em-X rider: “The Em-X bus I ride in the morning sometimes gets so packed with people that sometimes I think it might be a safety hazard. There’s a problem with how many people are trying to get on it at certain times in the morning. Also, I like to walk, so when I hear that someone has to walk an extra quarter mile to get to their bus station, I have no sympathy if they’re complaining about that.”

Stephen Webinga, Em-X rider: “If it’s a case of ‘Okay, you might have an extra block or two to walk to get to a bus stop.’ Yeah it’s inconvenient, but it’s not really going to be a make-or-break type thing.”

Anna Hougardy, Route 73 rider: “[I’d be willing to walk] maybe five blocks [to a bus stop], but I don’t have any disabilities or anything, so as an abled person, I guess it’s kind of privileged to say that I could walk the five blocks to get a bus.”

Maggie Roirdan, Bus 33 rider: “That seems unnecessary, and making it more difficult for the people who take the bus with fewer people.”

Jessie Finlay-Murcia, Routes 24 and 73 rider: “It seems to work pretty well now and then changing it would just make it much harder for a lot of other people.”