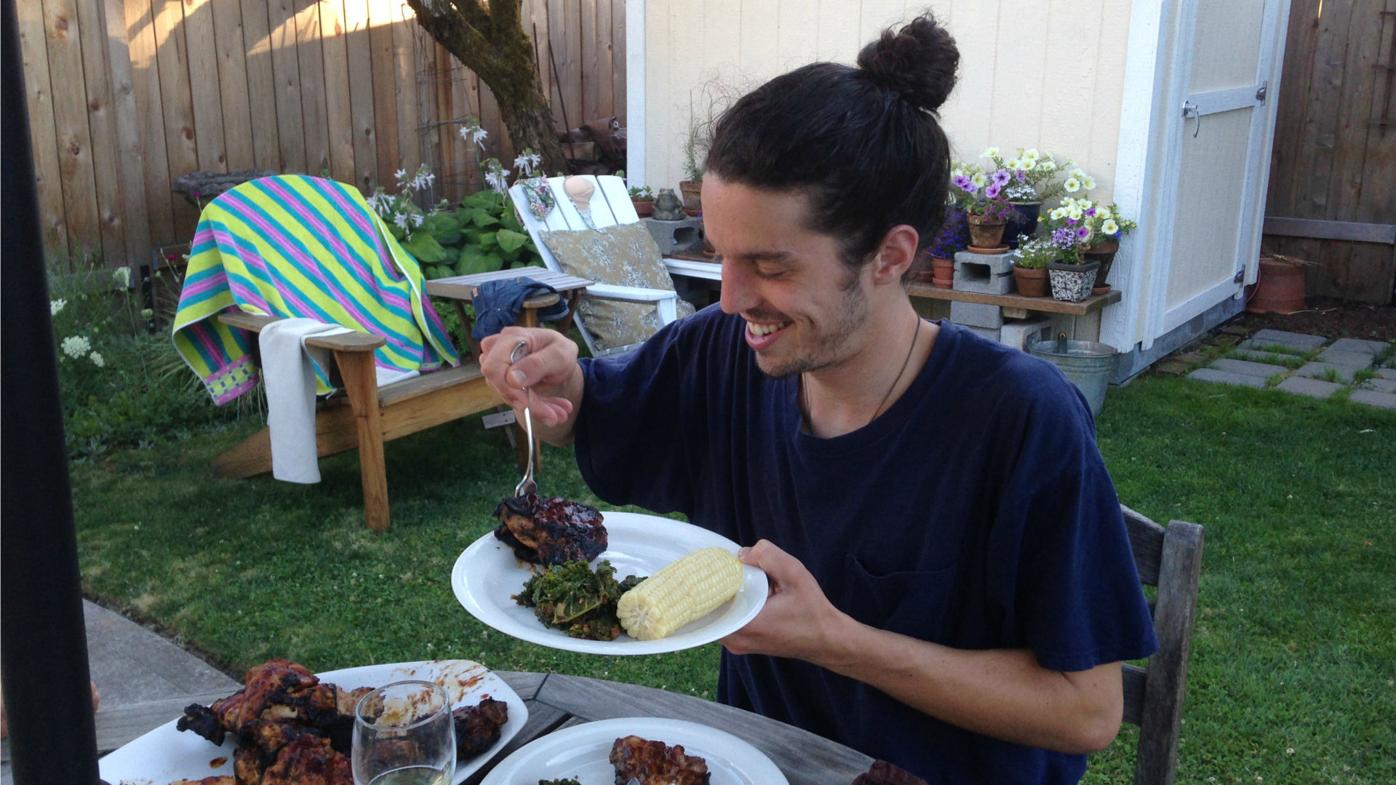 Noah DeWitt was remembered by friends as a brilliant writer and a kind editor. (Photo courtesy of Rachael DeWitt.) 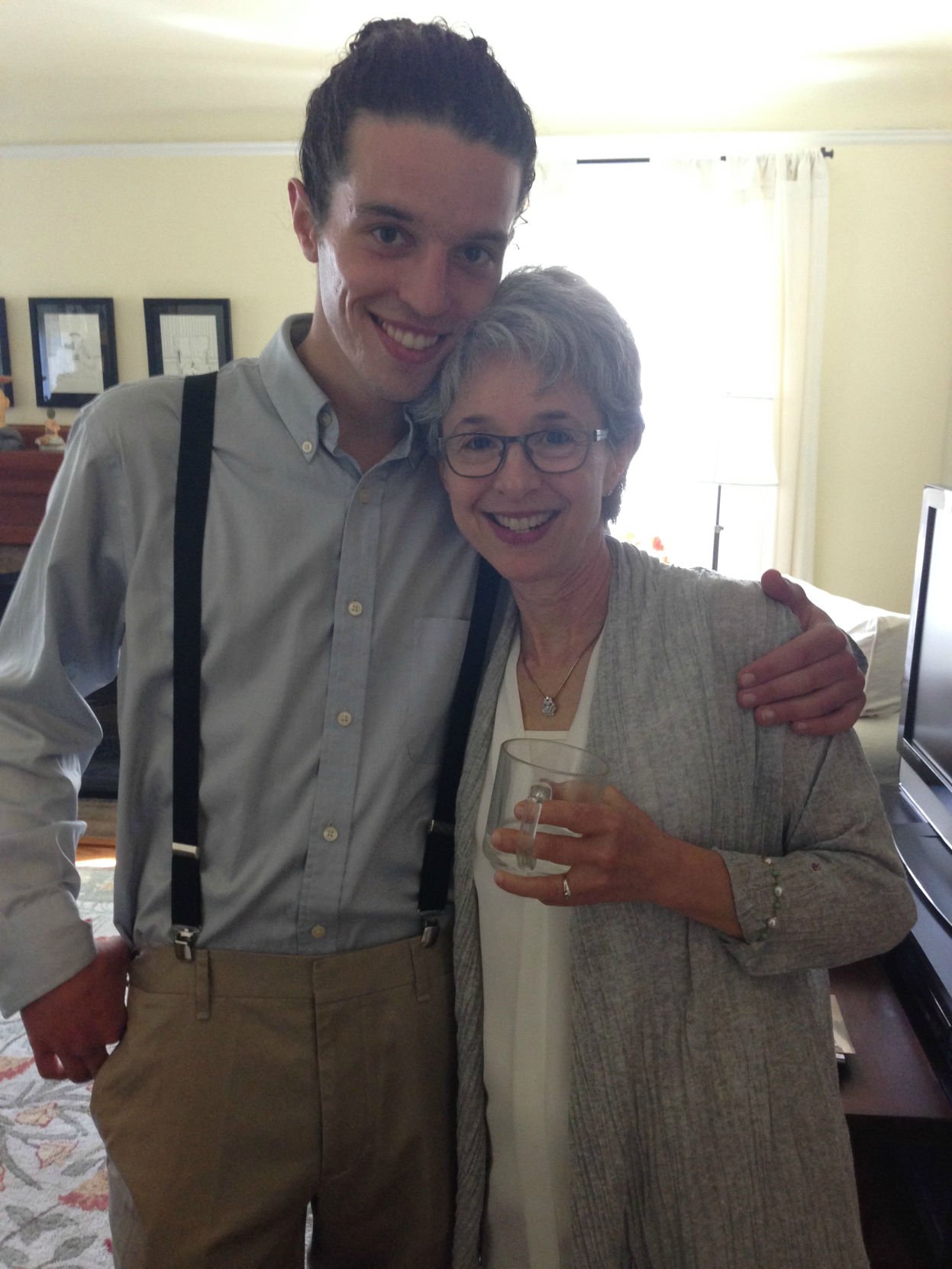 DeWitt and his mother, Joan Zivi, just before her wedding in Portland.

Noah DeWitt was remembered by friends as a brilliant writer and a kind editor. (Photo courtesy of Rachael DeWitt.)

DeWitt and his mother, Joan Zivi, just before her wedding in Portland.

For Joan Zivi, her son’s story ended the night of the disappearance.

That’s when she says her 24-year-old son, a University of Oregon graduate and former editor of The Oregon Voice, must have died. He had to. Zivi knows that if her son lived past that night, he would have called.

Noah DeWitt would not let his family worry.

Despite the countless hours of searching, chasing leads and handing out flyers up and down Interstate 5 by his mother and family members, DeWitt was found not by a tipster or a member of Zivi’s search committee. He was found by Eugene Public Works Department employees.

His body was discovered inside a wet well at a sewage pumping station.

DeWitt had been reported missing after leaving a friend’s house in a state of distress and barefoot at 2 a.m. on Feb. 14.

DeWitt graduated from the UO in 2013 with a double major in journalism and international studies.

According to Ben Stone, one of DeWitt’s coworkers at The Voice, DeWitt was a diligent worker who had a beautiful lifestyle and an unforgettable presence.

“He had an indescribable way with words,” Stone said. “I enjoyed reading his writing more than anyone (else’s).”

Margaret Appel was the publisher of Oregon Voice when DeWitt was the editor in 2013 and remembers pulling all-nighters with him.

“We would stay up for three days and completely ignore school work,” she said. “He made everything so fun. It was one of the best times of my life.”

Stone said DeWitt helped make The Voice a respectful, fun place. He set the tone for the magazine and accommodated everybody without offending anyone.

“I pitched some horrible stories, but he would take them and make them better,” Stone said.

Prior to DeWitt’s disappearance, Zivi said her son was never hard to reach, especially if he knew his mother was worried. Because of his reliable personality, a disappearance was alarming.

DeWitt and his mother, Joan Zivi, just before her wedding in Portland. (Photo courtesy of Rachael DeWitt.)

Zivi describes DeWitt’s state of mind as “lost” before the disappearance. DeWitt had recently witnessed a school bus crash. Before that, a park he frequented was the site of a shooting. Zivi believes all of this could have contributed to his distress.

“He was just having some weak thoughts about the world, and I think it just all contributed to his state of mind,” Zivi said.

There was a point in the search when DeWitt’s friends thought he may not want to be found.

Sometimes her phone would ring and the caller would have a tip about her son’s whereabouts. These tips served as bits of hope for Zivi — clues that her son could still be alive and they would reunite soon.

One bit of hope led the family to Southern Oregon.

Zivi received a phone call from a man who worked on a mobile health clinic van in Medford. The man said he had seen DeWitt some weeks prior at the clinic, and remembered him not wearing shoes. He couldn’t forget the bare feet, he said, because the temperatures that night were frigid. He also said DeWitt wasn’t requesting services that night, but was simply in the presence of others.

“That sounded promising,” Zivi said. “It was possible. It was plausible.”

After hours of searching, they found nothing. Zivi returned to Portland with just as many passengers in the car as when she left, the tread on the tires a little worse for wear after 570 miles.

The phone rang one last time in late May. Eugene public works employees had found Noah DeWitt. His body was discovered at the Fillmore wastewater station.

A maintenance crew found what they initially reported as “a mass” 15 to 20 feet inside a shaft during a routine check on May 27.

The Eugene Police Department was called in when the crew discovered that it was a body. A forensics team and the violent crimes unit investigated the scene. On May 31, the body was confirmed as DeWitt’s.

City officials said there are only two ways for a person to enter the well: through a manhole or through internalized access — which officials say is unlikely because the building is gated and locked.

Zivi was in Corvallis when she got the phone call. After she laid down her phone, she described a feeling of pure shock. Then utter grief.

“It was an extremely heartbreaking time,” Zivi said.

Two days later, DeWitt’s family posted on his Facebook page that he had passed away.

The medical examiner found no obvious causes of death, but results from a toxicology test are still pending, the Eugene Police told the Emerald on Wednesday. The investigation is ongoing.

Zivi believes her son died the same day that he went missing.

“This was the mystery, that he would not do this,” Zivi said. “He would not disappear without letting us know. He would know that would destroy us, and he wouldn’t want that.”

A time and place has not yet been set for a vigil or funeral.

Ally Brayton contributed to this report.