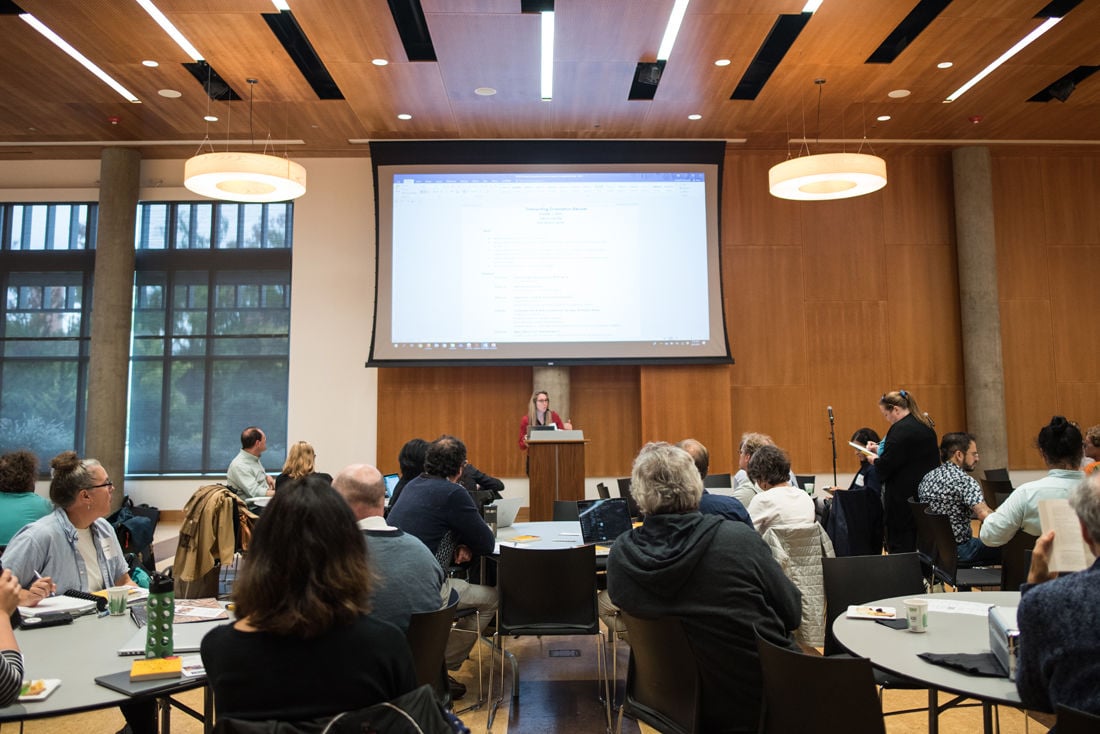 UO Senate President Elizabeth Skowron welomes the crowd to the orientation. The University of Oregon Senate holds its orientation at the Ford Alumni Center on Oct. 2, 2019. (Marissa Willke/Emerald) 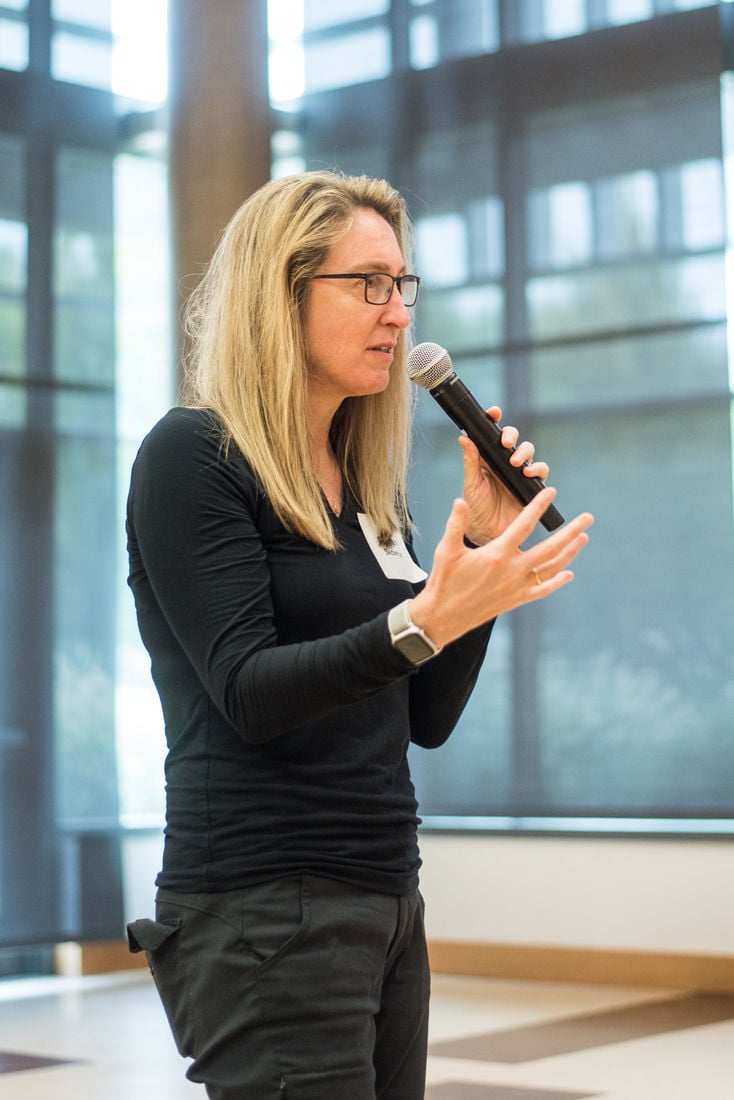 UO Senate President Elizabeth Skowron speaks to the crowd. The University of Oregon Senate holds its orientation at the Ford Alumni Center on Oct. 2, 2019. (Marissa Willke/Emerald)

As a new decade lies ahead of the University of Oregon, the UO Senate is getting ready for what senate President Elizabeth Skowron hopes will be another productive year. The Senate will be upgrading its website, increasing its use of social media and helping to further new academic programs.

Much of this optimism stems from above-and-beyond participation from UO faculty, Skowron said. This fall term saw the proposal and confirmation of two new bachelor’s programs — neuroscience and data science — and a bioengineering program is expected to be approved at Wednesday’s meeting, Skowron said.

This new initiative was spearheaded by Janet Woodruff-Borden, the former dean of the graduate school who was promoted to executive vice provost for academic affairs as of Nov. 12, according to AroundtheO.

Skowron said that the Senate can only take credit for “removing unnecessary obstacles” and making sure the vetting process is thorough in creating the new programs. The real credit, Skowron said, lies with Provost Patrick Phillips and the faculty that are proposing these programs. Phillips proposed the bioengineering degree in March 2019 to his colleagues Julie Haak and David Tyler in the chemistry department, hoping to utilize the new faculty and resources that will be joining the Knight Campus when it opens in fall 2020.

“I believe that this move will be a big boon to all of the sciences at the UO because it will help bolster our standing [as] a strong science campus with potential (very strong) students. This has long been an issue for us, despite the fact that we have the top science departments in the state,” Phillips said in an email to Haak and Tyler.

“It is our hope and expectation that the Bioengineering Program will recruit new students to campus, leading to a net increase in the total number and quality of students in the sciences on  campus, rather than being competitive with existing degrees,” he wrote.

Other major developments specific to the Senate’s operations include an overhaul of the Senate website. Skowron said this update will be carried out by UO College of Arts and Sciences Information Technologies — the college is currently in a long line for website improvements, according to Skowron.

Skowron also said she hopes the Senate will be able to pass a new set of guidelines for hiring academic administrators, like deans, by the end of winter term. These new guidelines would include stipulations that require search committees to be made up of majority faculty members. Some university faculty, like former Senate President Bill Harbaugh, have criticized university administrators for consolidating hiring decisions without faculty input. The absence of a deal for hiring new academic administrators between the senate and administration is problematic “both in terms of shared governance and affirmative action compliance,” Harbaugh said.

Skowron said she is most excited about the level of participation she is seeing from UO faculty already this year.

“I feel so good about the number of people who have been willing to step up and stand for election and engage in the Senate and take time out of their busy schedules, their research and teaching and scholarship and local service responsibilities to get engaged in university service,” Skowron said.