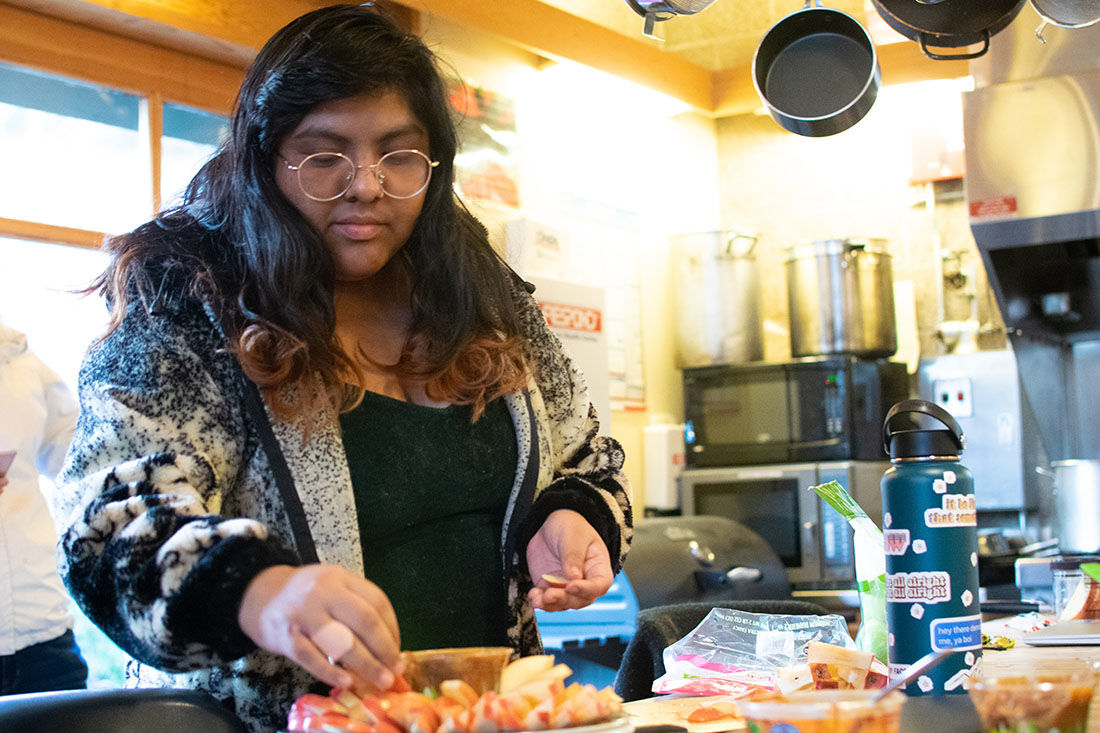 Brenda Ocampo-sollo says she joined the Native American Student Union last year because “it’s nice to have a community on campus.” (Kimberly Harris/Emerald) 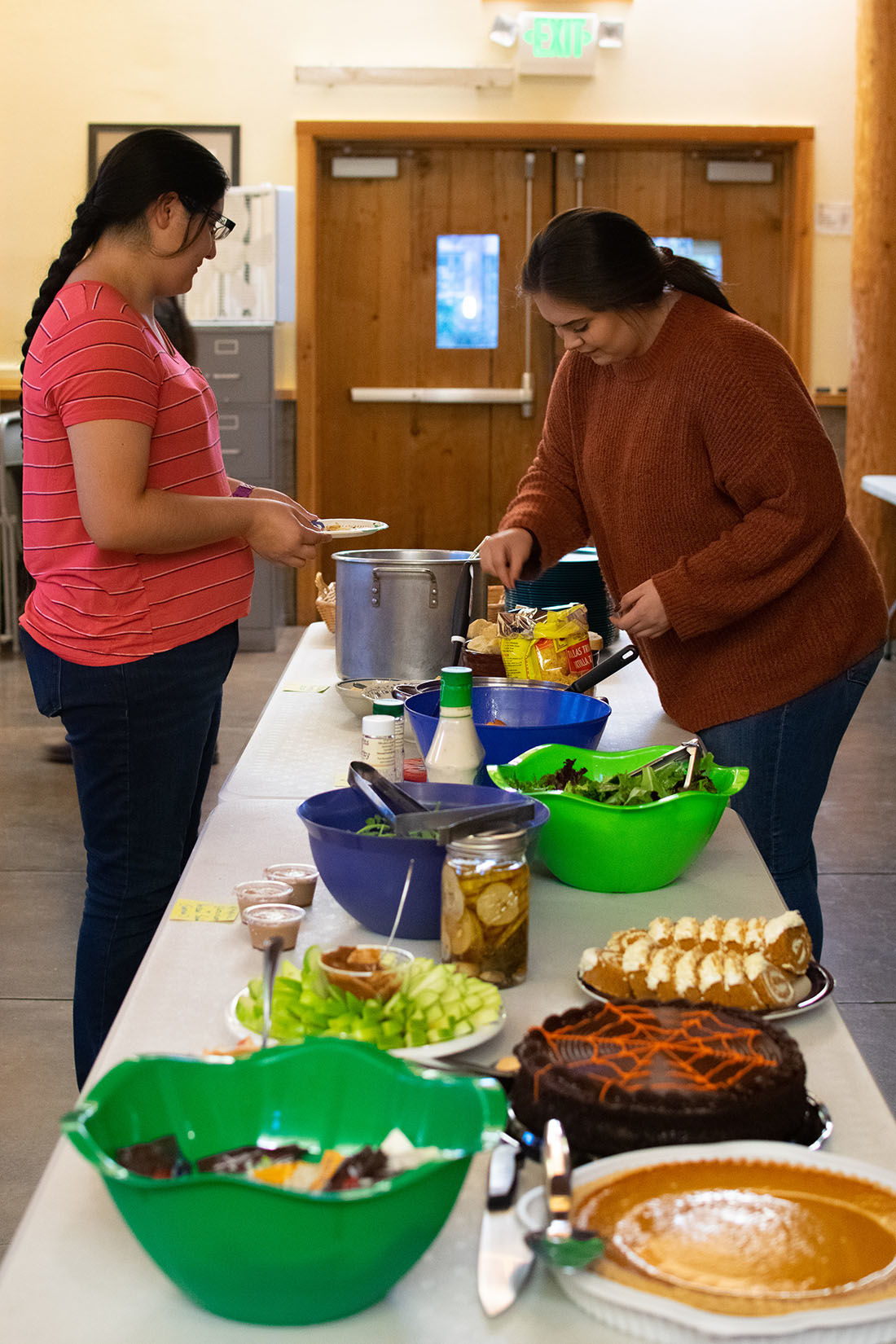 It’s traditional for the Native American Student Union to cook and share meals together after their meetings. (Kimberly Harris/Emerald)

The Native American Student Union hosted a workshop, sharing the art of medicine pouch and beaded lanyard making, at the University of Oregon’s Many Nations Longhouse Friday. The event was the first of 10 that NASU will host throughout November to celebrate Native American History Month.

NASU represents the Native students at UO, which constituted 0.7% of the student body during Fall 2018, according to UO Office of Institutional Research data. The group also welcomes Native American students from Lane Community College and community members, as well as non-Native allies.

According to the NASU page on the UO website, the group is one of the oldest student groups at UO. Co-Director of NASU Kata Winkler-Autobee of the Cheyenne-Arapaho Tribes of Oklahoma said that though Native Americans constitute a small portion of the student body at UO, to have their own student union is important because it gives Native students a place to congregate and share their experiences.

Native American History Month was first designated as National American Indian Month by President George H.W. Bush in 1990, according to theNAHM website. The month has undergone name changes since, but November has been recognized as a time to appreciate Native American history and heritage since 1994.

This November, the NASU will commemorate NAHM with a total of 10 events. These include events sharing the Native artistic practices, such as Rock Your Moc, a moccasin making workshop on Nov. 9; academic events, like Engaged Humanities, a conference on partnerships among academic and tribal communities; and “Thanks but no Thanksgiving,” which will focus on “decolonizing” the holiday, according to the event page.

Winkler-Autobee said that Native American Heritage Month is an opportunity for Natives to subvert stereotypes and reclaim their identity through activities with other Natives.