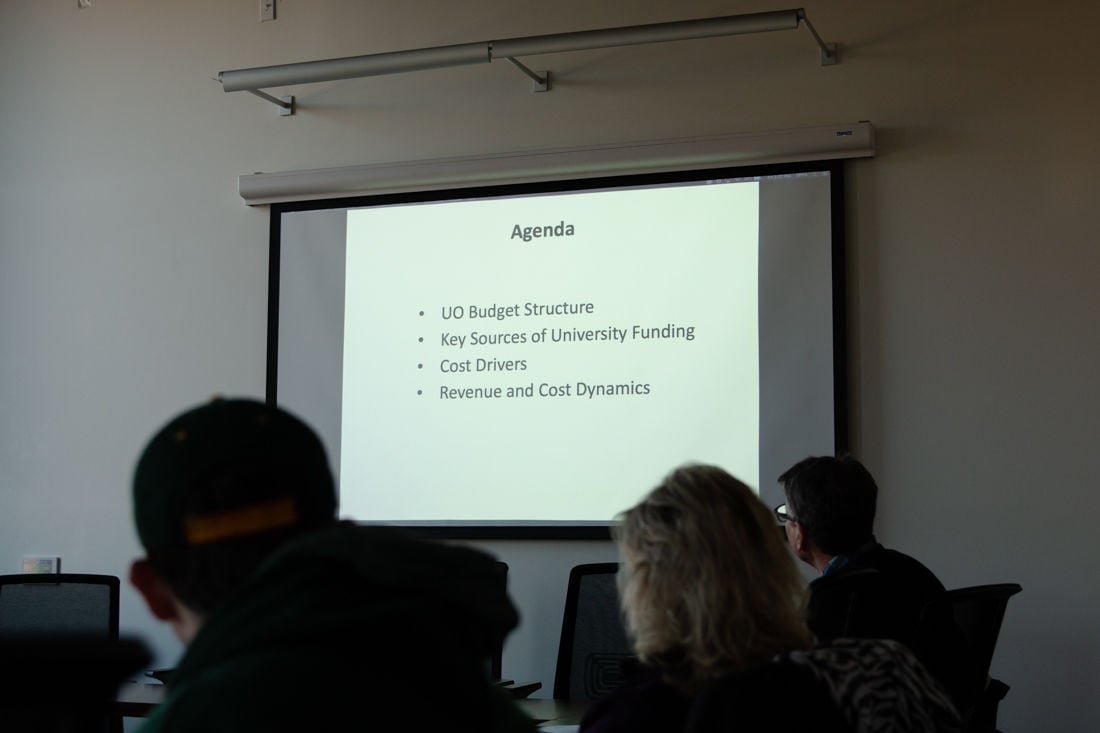 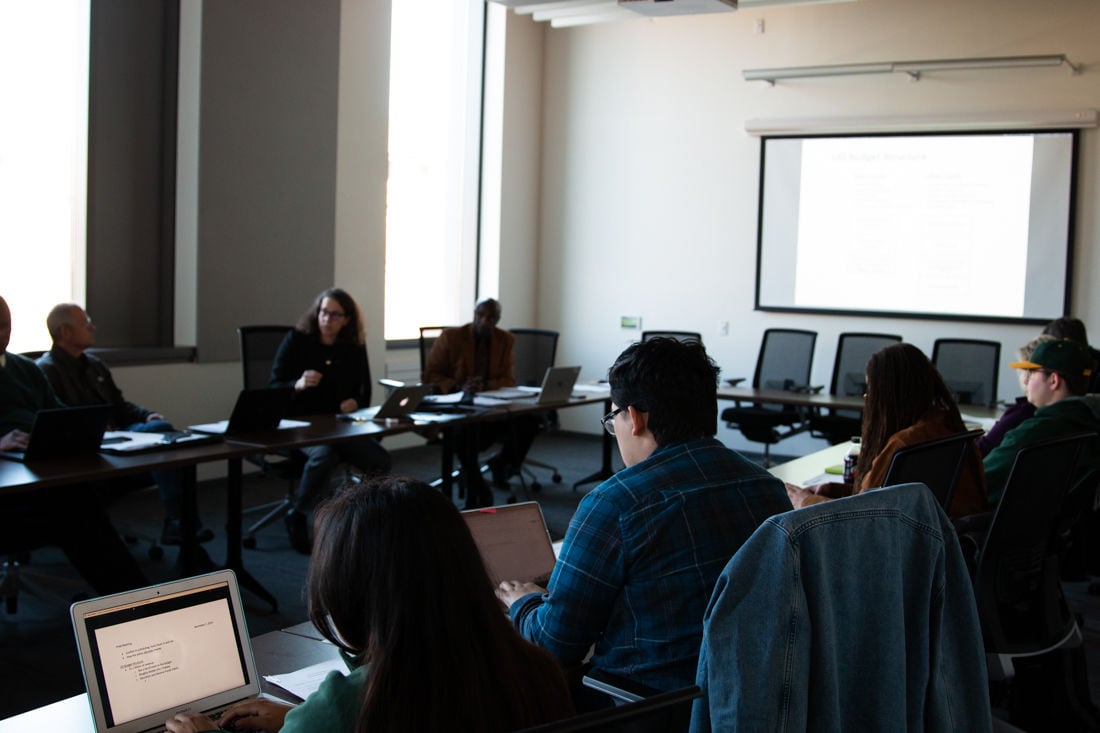 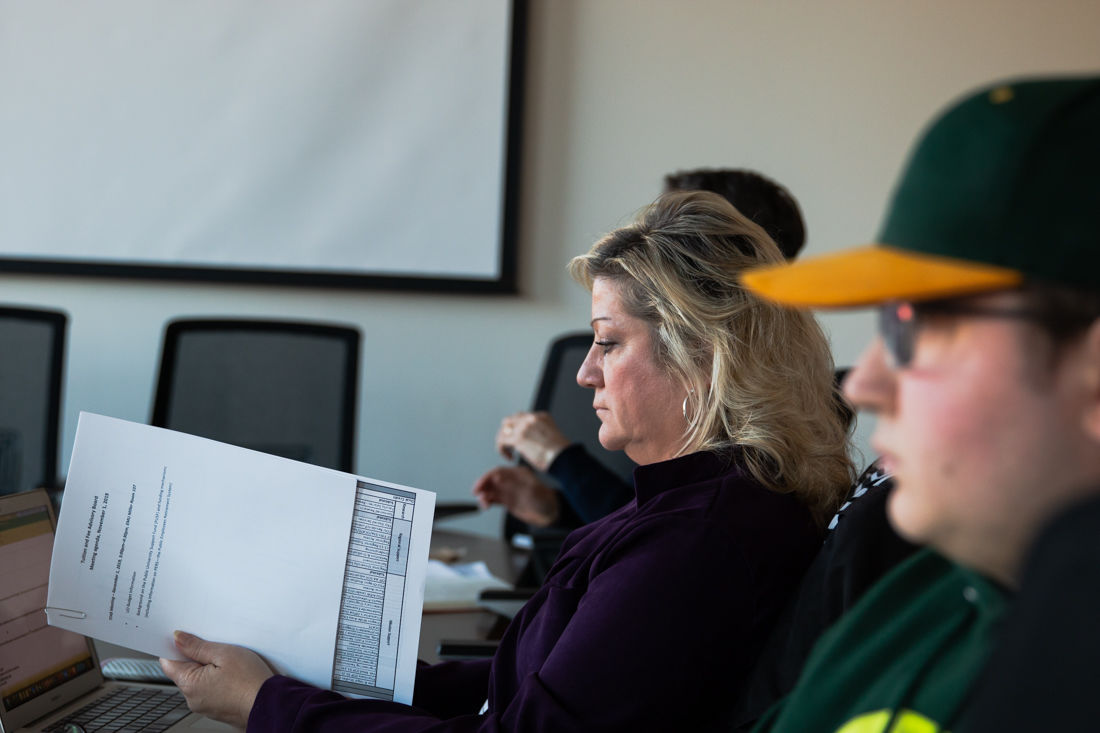 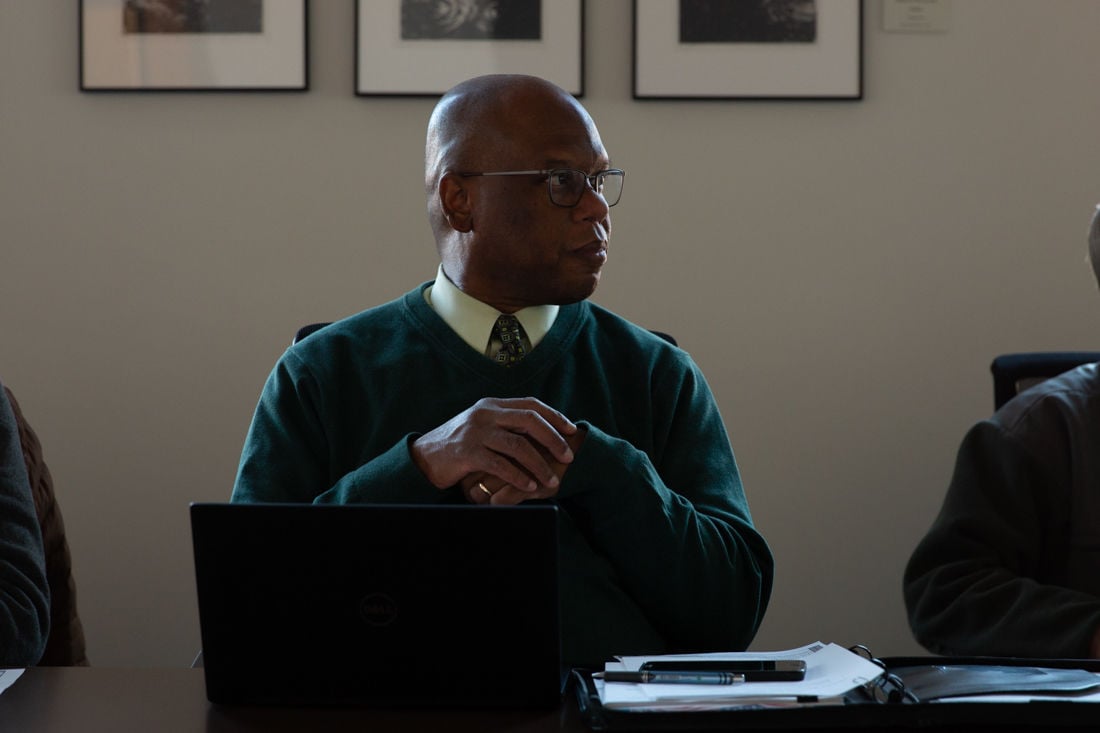 The Tuition and Fees Advisory Board met Friday, Nov. 1, to hear Jamie Moffitt, the University of Oregon’s chief financial officer, give an overview of the financial pressures that the university has been facing and how the state government allocates funding to public universities.

Friday’s meeting came as an introduction to the budgetary issues that the board has been discussing, aimed at new and returning members. TFAB is the 18-member group of faculty, students and staff that recommends tuition and fee changes each year to UO President Michael Schill and the UO board of trustees.

Among TFAB’s concerns are the rising costs of PERS, or Oregon’s Public Employees Retirement System, the state retirement fund for public employees, as well as the declining level of state funding that UO receives.

“We are not in a balanced budget situation this year,” said Moffitt, who co-chairs the board with Kevin Marbury, vice president for student life. “Most years, many years, when we’ve had this discussion with TFAB, we have been in a balanced budget situation. So the discussion that we’ve had is, what costs are going up with the university that we have to cover the next year?”

The UO’s budget, Moffitt explained, is divided into two major sections: the Education & General Expenses category, and “other funds.”

E&G funds pay for organizational and mission-related items, such as the central administration (human relations, the library and graduate school), and “the vast majority” of it comes from tuition, though some of it comes from the state. E&G funds also pay for institutional expenses, like utilities, insurance and assessments.

Other funds, Moffitt said, include grants and contracts to research companies, plant funds for construction and restricted gifts, which fund some scholarships.

Since the 1990s, the university has seen “a steady disinvestment” in funding from the state legislature, something that became more pronounced around the Great Recession.

She points to a table that shows how much funding the state gives to its seven public universities. Per “fundable student” — which Moffitt defines as, basically, Oregon-resident students — UO receives $5,647, the lowest amount out of all of Oregon’s public schools. At the top of that list is the Oregon Institute of Technology at $13,584, with Eastern Oregon University coming in as a close second, at $13,457.

But why does UO, one of the largest universities in the state, receive the least state funding per person from its government?

The state arrives at these numbers using a variety of indicators, some of which consider the cost of education. It costs less to teach liberal arts student whom you would typically find at UO, Moffitt says, versus the typically more expensive cost of engineering student at Oregon State University.

“When they give out money for fundable students, they [the state] don't just treat students the same,” she said. “We don't have an engineering program, so we don't have those higher-cost students. We tend to have more students in the liberal arts than some other campuses, and so those students get less funding.”

The numbers behind state funding also depend on the diversity of students the school teaches. Moffitt says that colleges get “bonus points” within the funding model for teaching students in fields of study, like STEM, health or bilingual education, or who are part of underrepresented minorities. OSU, which started a campus in Bend in 2001, gets more state funding because of this, she said.

Related: “Tuition board begins planning for next school year,” the Emerald’s coverage of the Oct. 15 TFAB meeting

TFAB meetings are open to the public. The remaining meetings for fall term will be:

Friday, Nov. 15, from 3 to 4:30 p.m. in the Johnson Hall Conference Room. Members will discuss the university’s current initiative to increase the number of enrolled students and projections of long-term finances.

Friday, Nov. 23, from 3 to 4:30 p.m. in the Johnson Hall Conference room. Members will talk about what costs are projected to increase in the next school year – the main driver of increasing tuition.

The Daily Emerald will continue to report on the tuition-setting process throughout the year. Questions about tuition? Contact Senior Reporter Ryan Nguyen at rnguyen@dailyemerald.com or Associate News Editor Zack Demars at zdemars@dailyemerald.com.

Ryan Nguyen is the 2020-21 editor in chief of the Emerald. Previously, Nguyen was the podcast desk editor and a news reporter.