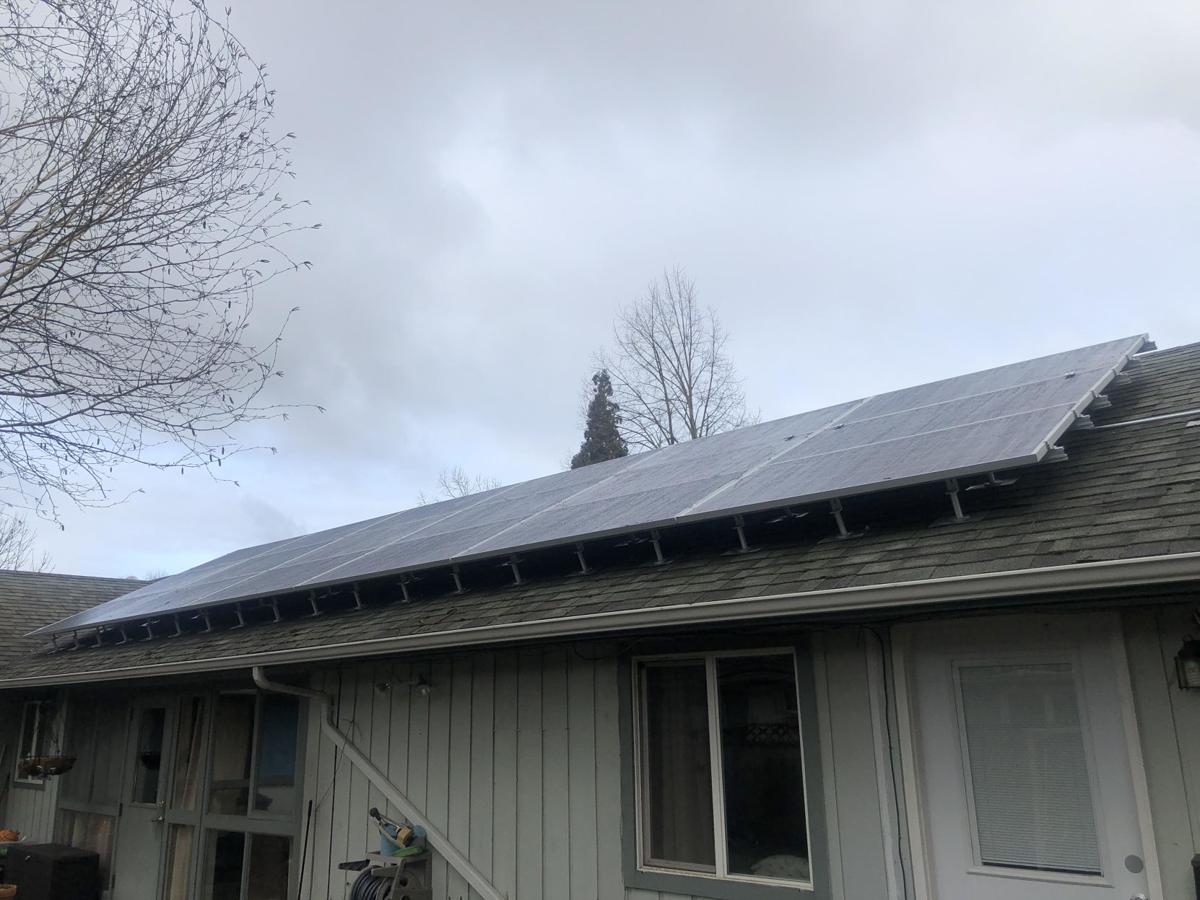 Independent Environments, a non-profit that supports adults who experience developmental disabilities, unveiled newly donated solar panels (donated by RE-volv) at one of its residential homes Feb. 14, 2020. (Courtesy of Ama Duru)

Independent Environments, a non-profit that supports adults who experience developmental disabilities, unveiled newly donated solar panels at one of its residential homes Feb. 14 that will help reduce utility costs for the organization.

The solar panels were donated by the University of Oregon’s branch of RE-volv, a student-led group that provides solar panels to other non-profit groups.

Andreas Karelas, the founder and executive director of RE-volv, said the organization was created to empower people to bring clean energy to their community. They do this in a way where the receiving nonprofit doesn’t have to pay for the solar panels, in a revolving fund they call the solar seed fund.

“We put up the up-front cost of a solar system for a nonprofit who doesn't have to pay any money for their solar system, and then they get to start saving money right away,” Karelas said. “They essentially are reducing their electricity bills so that they can focus more on their nonprofit mission, and they also get to demonstrate the benefits of clean energy to their community.”

RE-volv is based in San Francisco but operates 30 branches in 11 states with over 500 volunteers, Karelas said.

The organization donated 18 panels to Independent Environments, which is projected to cover 13% of the nonprofit’s utility costs, Karelas said. The system will prevent 220,000 pounds of carbon dioxide from being emitted into the atmosphere, which is roughly 240,000 miles driven in a car.

A ceremonial ribbon cutting event was held for the unveiling of the panels, which was attended  by the Independent Environments, Inc. and RE-volv teams as well as members of the Eugene city government.

Jennifer Yeh, a city councilor who represents northeast Eugene, attended the event and said the project was a good example of Eugene’s commitment to protecting the environment.

“By making this commitment, organizations are not only helping their own costs, but they're also making an example for their community that if they can do it and it works for them it can also work well for other people,” Yeh said.

Ama Duru, a UO student and a solar ambassador for RE-volv, said that this residence housed five people, and they were hoping to add solar panels to 10 more houses around Coburg Road.

“Everybody here is worth their weight in gold,” Chestnut said.

Kate Oborski, executive director for Independent Environments, said that she was thankful RE-volv had chosen the nonprofit for this project.

“I just can't tell you what it means to us,” Oborski said, “how it lines up with our values to be doing something that is good for the environment that is really progressive and pushing us forward into the future.”