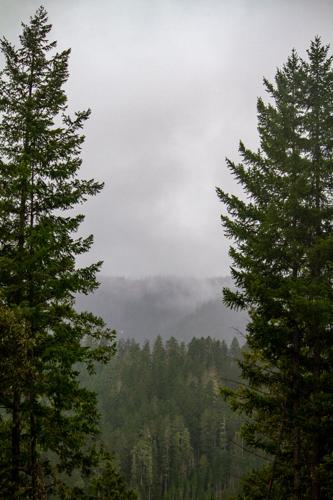 The Umpqua National Forest Southeast of Eugene, Oregon is home to a diverse group of plants and animals. Swastika Mountain is currently awaiting its new name on January 13, 2023 (Kai Kanzer/Emerald) 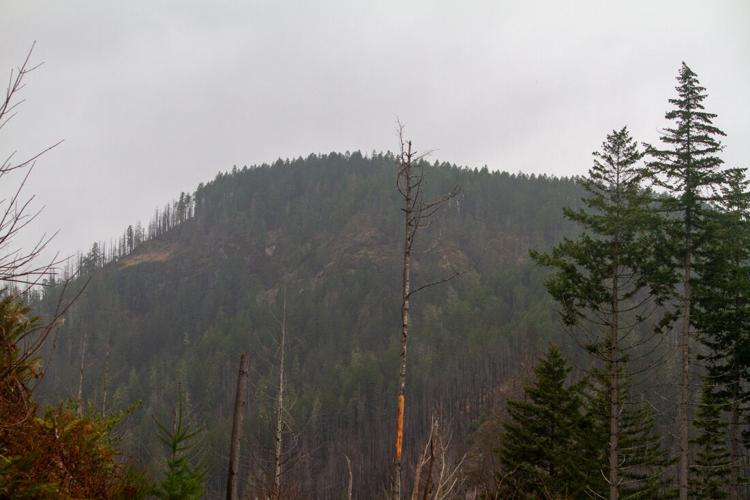 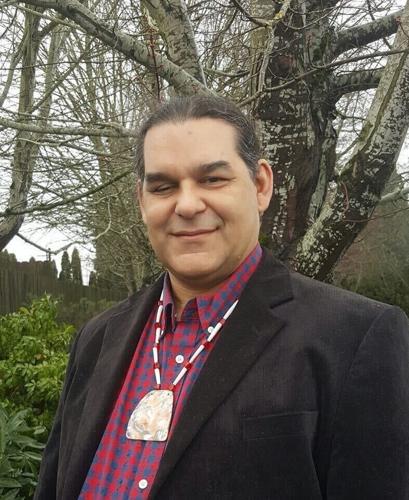 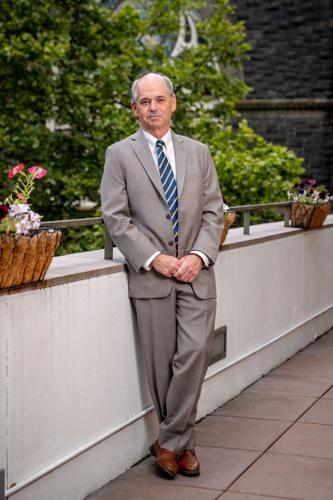 In Oregon’s Umpqua National Forest, nearly 60 miles south of Eugene, a mountain has had a controversial name since the 1900s. Swastika Mountain stands at an elevation of 4,180 feet and people have recently pushed to rename it.

The mountain’s name was brought into question by Joyce McClain, who saw the name while reading about two hikers who got lost near the mountain. McClain went to The Oregon Historical Society and filled out the paperwork to request a name change.

“It just flew under the radar,” Tymchuk said. “I’ve lived in Oregon all my life and never knew there was a Swastika Mountain.” He said that since the mountain is difficult to get to and is in the middle of a national forest, not many people knew about it because no one could see it.

Tymchuk said the OGNB voting process consists of having a discussion after being presented everything and hearing from the public about the new and old names. During the discussion, the board also heard from David G. Lewis, an assistant professor of Native Studies at Oregon State University.

Lewis is the person who submitted the proposal of the new name of “Mount Halo.” The name comes from Chief Halito of the Yoncalla Kalapuya Tribe, who lived in the area.

Lewis sent his proposal in July and included a history of Chief Halito’s life for context. Chief Halo stayed in his native land all his life, despite attempts to exterminate tribes in the area, the proposal said. He was a prominent figure in the community of Yoncalla until he died in 1894. People estimate he was at least 70 when he died.

“We are trying to raise up the original tribes of this land and put some place names back on the land that recalls them,” Lewis said.

Swastika Mountain has had its name long before the symbol has been associated with fascism and hate. The name comes from an extinct post office that neighbored the mountain and was founded in 1909, named Swastika.

There has been a belief that there was a cattle farm near the mountain where the farmer branded the cattle with the swastika symbol for religious reasons, since the swastika is used in Hinduism, Buddhism and Jainism. However, according to Lewis, the ranch was around 200 miles away from the mountain.

Currently, the closest town to the mountain is Oakridge, according to Lewis.

“This is a citizen process. It is one person who saw this and got the ball rolling,” Tymchuk said. He said anyone is able to submit a request on the Oregon Geographic Names website.

Aside from the name Mount Halo, the only other proposed name was “Umpqua Mountain.” According to Lewis, that name was withdrawn in favor of Mount Halo.

“It is a great name and Umpqua is a tribal name,” Lewis said. “There are a lot of other Umpqua named things in the area.”

Lewis said he has also gotten some pushback on the new name from people who are in favor of keeping the name Swastika Mountain. The Swastika has been a part of religions before the Nazis changed the public view on the symbol.

Lewis said he has also gotten some calls from people who don’t see anything wrong with the symbol.

Tymchuk said that during the voting process on the new name, they heard from someone representing the Hindu-American association to understand the symbol beyond its negative connotation.

Mat McDermott, the senior director of communications for the Hindu American Foundation, said he doesn’t mind the name change, especially since it is a tribute to local natives. But he hopes this can be used to educate people on what the original symbol of the swastika means in religion.

“We were never going to object to [Mount Halo] at all,” McDermott said. “But we wanted to make sure it’s being changed not out of ignorance about the Hindu/Buddhist use of the swastika being mistaken for the Nazis’ use.”

The swastika symbol is used as a symbol of good luck in religions dating back 7,000 years and even today can be seen in people’s homes on walls or doors as a religious symbol, according to McDermott.

The Hindu American Foundation released a statement about the name change and background about the swastika symbol, with the purpose of bringing knowledge to the original meaning.

McDermott also did not know this mountain existed until it made news and understands why the public is pushing to change it. “If you don’t know the history of all this, you’re naturally going to go ‘Swastika, Nazis, Oh my god, we got to do something,’” McDermott said.

The new name of Mount Halo will not be officially recognized until the U.S. Board on Geographic Names approves of the change. Google Maps and Google Earth will both still have Swastika Mountain as the location name until then.

The U.S. Board of National Names will likely meet sometime in March to make a final decision on the name change.

Lane County mountain with controversial name may be changed