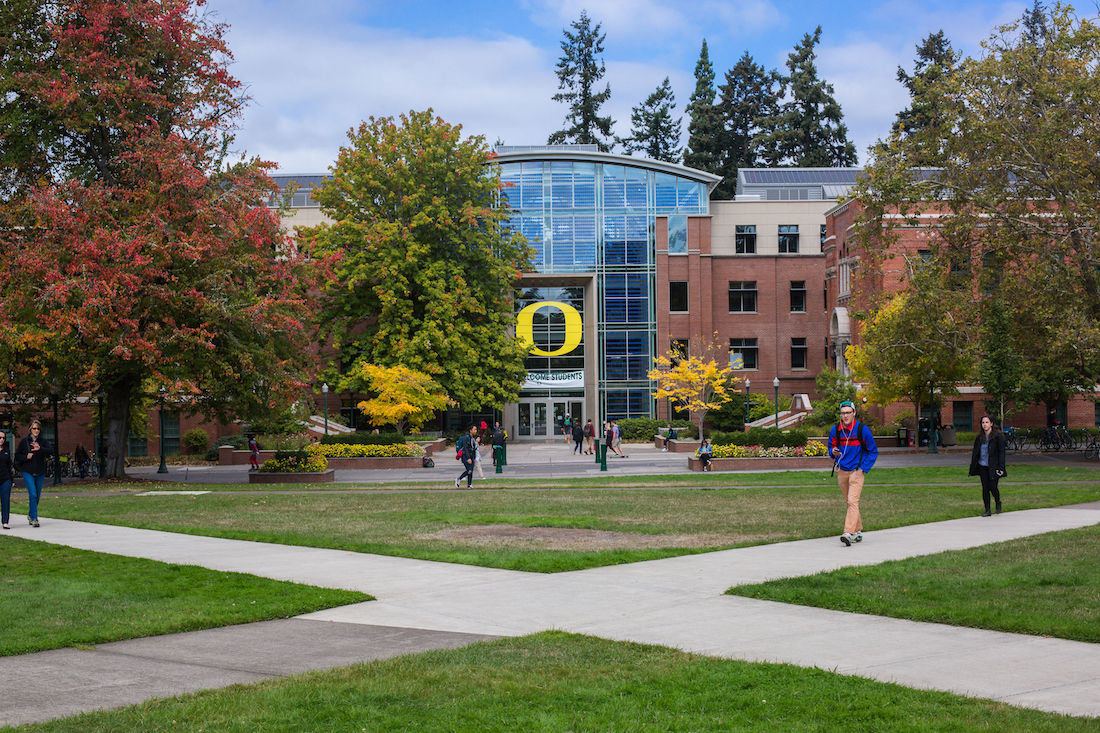 Lillis Hall on the University of Oregon campus is home to the Lundquist College of Business. (Emerald Archives) 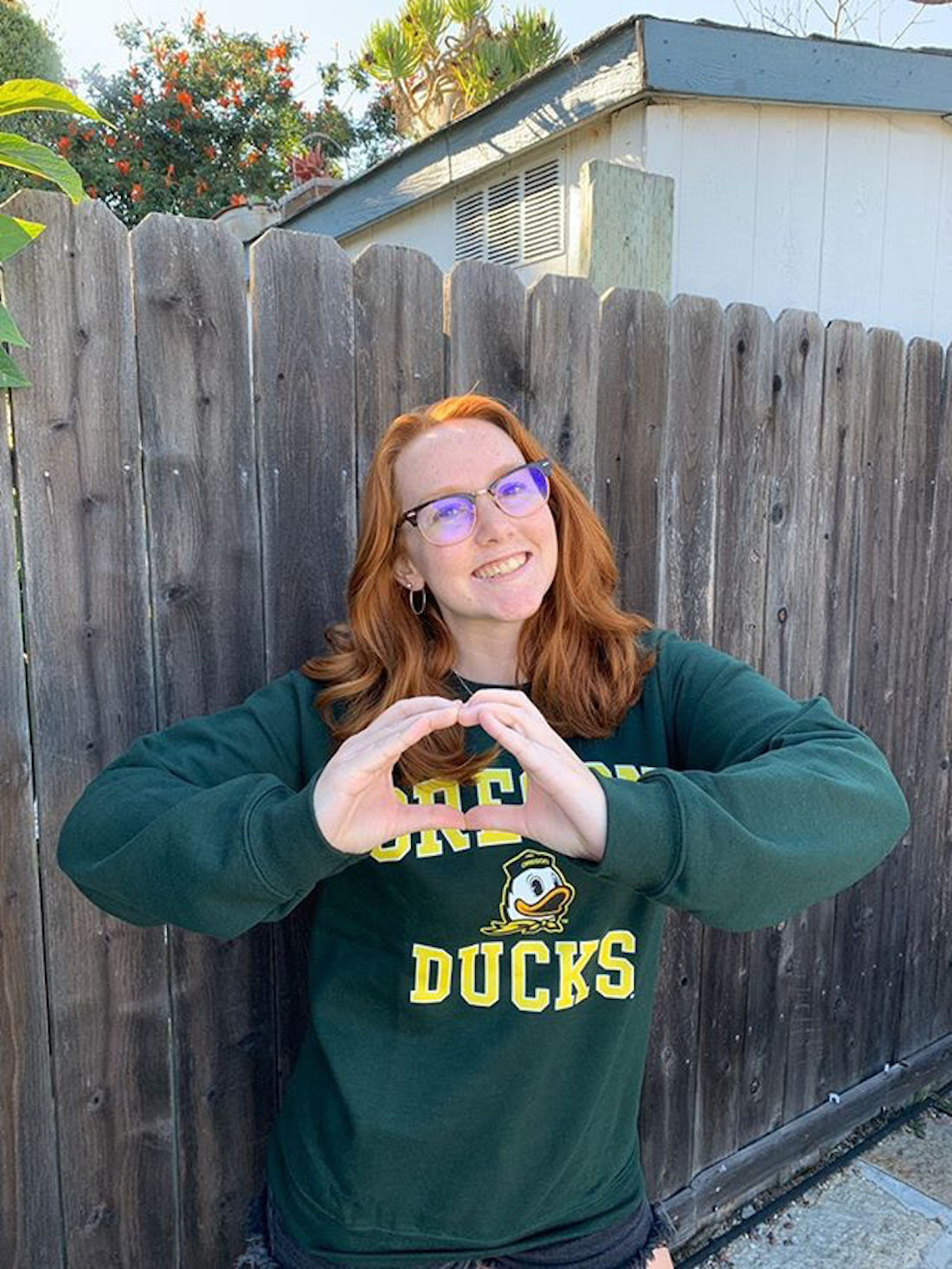 Autumn Knox will start at UO in fall 2020. (Courtesy of Autumn Knox) 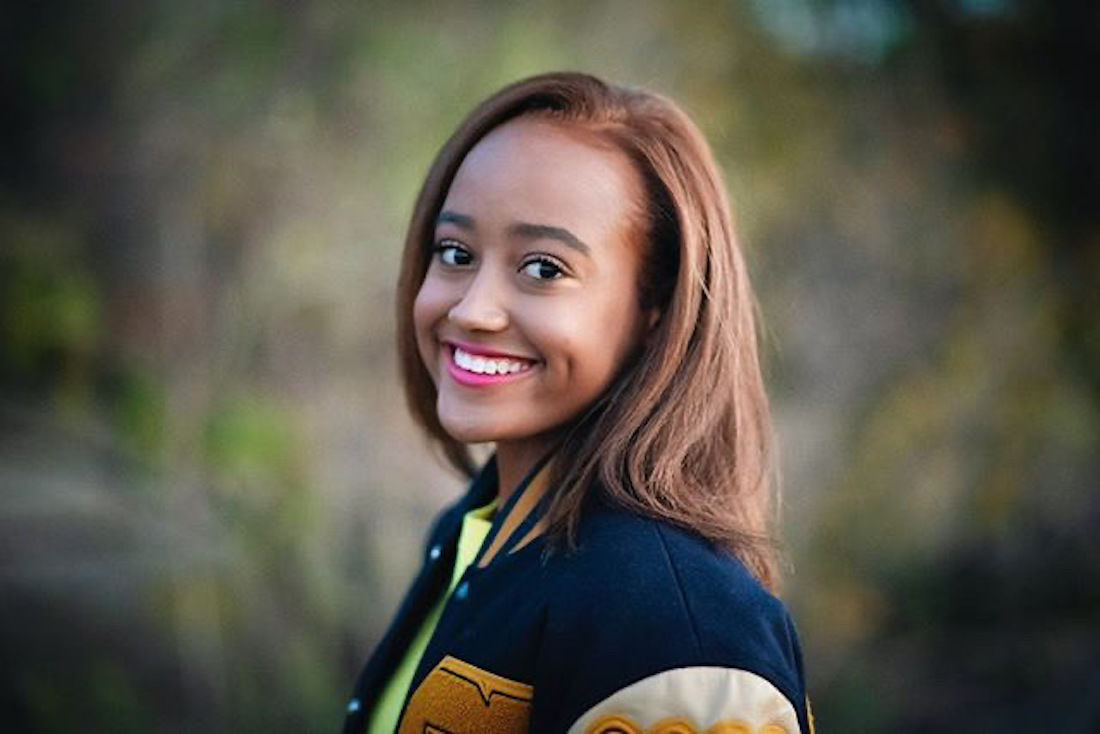 For prospective college student Autumn Knox, the University of Oregon was the number one choice.

Knox made up her mind when she first visited the Eugene campus as a high school sophomore. “I really just liked the atmosphere,” she said.

Though the native of Huntington Beach, California, applied to multiple schools, Knox knew if she got admitted to UO — which happened last March —  that was where she planned to go.

She also planned to visit campus during spring break. That visit, however, like the rest of her senior year, was put on hold because of COVID-19.

While UO seniors have had to accept a quiet end to their college careers, prospective UO students now face an uncertain start this fall. The UO Office of Admissions has made alterations to orientation programs and recruitment practices in light of this uncertainty, extending the deadline for admitted students to commit to September 1, as well as offering students virtual visits to help make their decisions — all the while the number of freshmen coming in for fall term remains up air.

In a statement to the Emerald, Jim Rawlins — director of the Office of Admissions — said the UO was currently tracking on pace with last year’s recruiting class, but acknowledged uncertainty regarding the number of incoming freshmen for fall term.

“We won’t know for certain where we stand on student enrollment until the fall,” Rawlins said.

According to data from the UO office of institutional research, over 5,000 freshmen enrolled in fall term last year.

In his statement, Rawlins also acknowledged the challenges high school seniors are facing as they make their decisions on college during the pandemic. “Our incoming freshman class has had as many curve balls thrown at them as we have.”

Knox is trying not to think about all of the disruption, saying she has talked with other admitted students and has already found a roommate for campus housing. “We’re just kind of going along like business as usual.”

Knox also attended one of the virtual visits organized by the university.

“We changed things quite rapidly,” said Bennett. She knew a virtual visit could not duplicate a Duck Day event, which usually lasts 10 hours, but wanted to make sure students and parents could still get their questions answered — particularly related to housing — and could hear from student voices.

Virtual visits included a pre-recorded tour of campus, a live Q&A and a session for parents.

Lots of behind the scenes work, including rehearsals, went into producing the hour-and-a-half virtual sessions, according to Bennett.  “It was like live television,” she said.

“We ended up with a really high number of registrants, much higher than we expected for the program,” she said. Over 1,700 students and parents registered for the April 10 and April 17 virtual events, according to Bennett.

Kameron Johnson, a prospective student from El Paso, Texas, said she liked the virtual program. “It wasn’t — of course — as in depth as an in-person [event] would be, but it still answered a lot of questions.”

Johnson was excited when she got accepted to Oregon, and before UO announced that it is planning for fall term to return to in-person, on-campus instruction, she expressed disappointment about the potential for her first term being online.

“I was excited to get to finally go and experience all the first year things,” she said about the prospect of having to have a remote first term of college..

Knox also attended a virtual visit, and is excited for classes this fall, even if COVID-19 continues to disrupt school life.

“There’s nothing I’m expecting to happen. I’m just kind of going along with it”