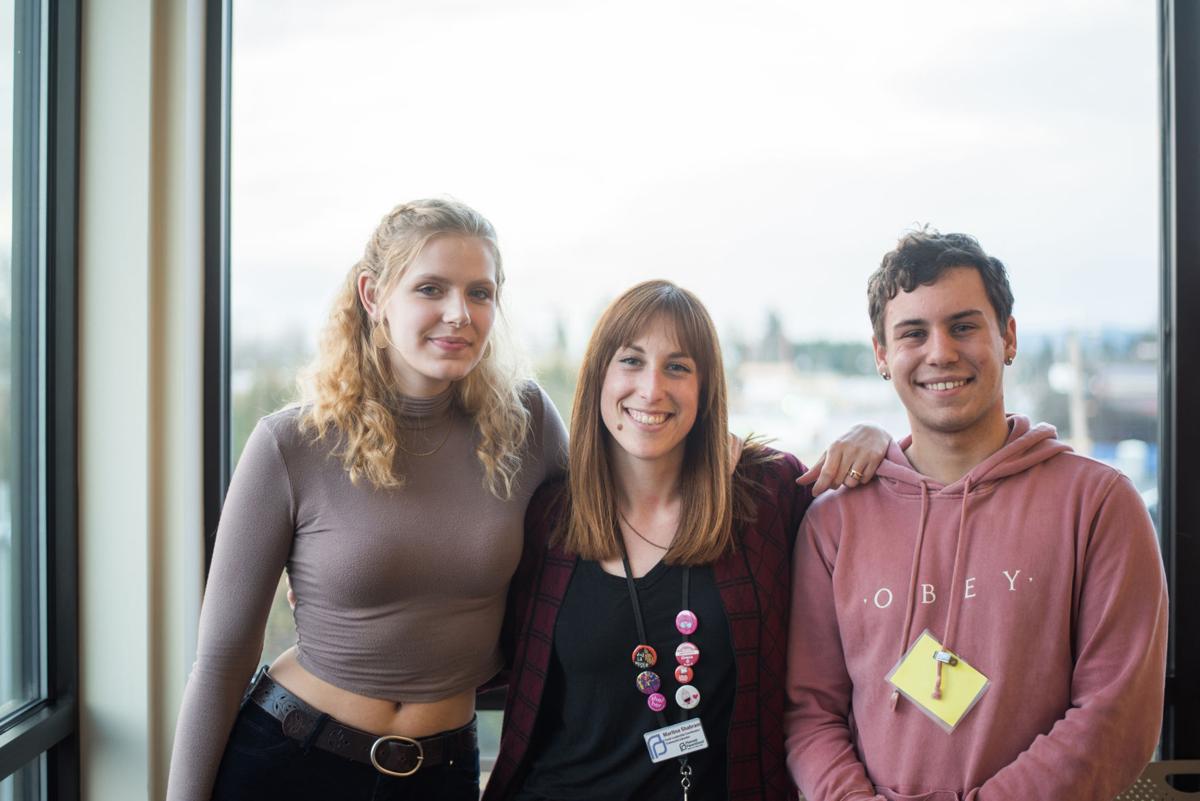 Members of Planned Parenthood’s REV program, Serena Orsinger (left) and Connor Gabor (right), stand with Martina Shabram, Ph.D, who is the Leadership Coordinator in January, 2019. REV, Planned Parenthood’s Youth Leadership Program, is directing a hygiene product drive in support of youth in our community who are homeless or housing insecure. REV and Planned Parenthood are not associated in any way with Shabram's campaign for a spot on the Eugene School Board. (Marissa Willke/Emerald) 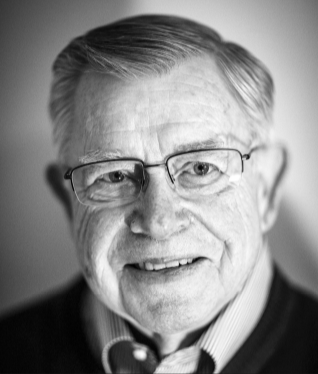 Jim Torrey currently sits on the 4J school board and is running for re-election on May 21, 2019. (Courtesy of Jim Torrey)

Every odd-numbered year, in May, the Eugene School District elects three or four school board directors who will serve for the next four years.

The typical University of Oregon student could be forgiven for not knowing that: School board elections don’t attract as much attention as the larger politics that dominate the news cycle. But the members of the school board oversee the district of many to-be ducks.

Travel a bit outside of campus and one will find Eugene’s quieter residential neighborhoods adorned with numerous yard signs, bumper stickers and window decals pledging support for one of the various school board candidates.

This year, the race for the board’s fifth position has attracted the attention of local students. Dr. Martina Shabram, a first time candidate without political experience, is running against Jim Torrey, a member of the school board with 12 years of service under his belt, as well as a history in Oregon politics, serving as Eugene’s mayor as well as being nominated for a seat in the state senate. While Torrey has the establishment’s backing, Shabram has the support of many of the district’s students.

Dr. Martina Shabram: An educator at the head of a student-fueled campaign

“The students I work with asked me to run,” Shabram said.

Before deciding to run for office, students knew Shabram for her work as a community health educator for Southwestern Oregon’s Planned Parenthood branch. Shabram visited classrooms and taught sexual education and said a group of students requested that she run in the 2019 school board election.

In a Letter to the Editor sent to the Emerald in March, South Eugene High School student and campaign volunteer Ilka Sankari advocated for Shabram.

“We need someone like Dr. Martina to fight for students. She’s running for board seat #5 this May, and as a student who cares about medically accurate sex ed, I support her,” Sankari wrote.

Shabram has since gathered a group of student volunteers to help organize and run her campaign.

“We have about a dozen campaign fellows, and then have probably had probably a dozen or more student volunteers,” Shabram said.

Connor Gabor, a student in the 4J school district, as well as member of the Young Democrats of Lane County, leads Shabram’s campaign. Gabor handles campaign correspondence, meaning that if one were to reach out to Shabram, they would speak first to him.

“He knows more about running an election than I do,” Shabram said of Gabor.

Shabram’s campaign focuses on a few key issues which are laid out in her entry in the 2019 Lane County voters’ pamphlet. Access to mental healthcare support, access to nurses, librarians and aides, an “equitable” approach to lowering dropout rates and eliminating behavioral issues and advocating of smaller classroom sizes are all mentioned.

Shabram, who earned her Ph.D. at 27 despite having previously dropped out of high school, would bring 10 years of her own experience to the position. Her boots-on-the-ground history as a specialist and teacher has gained her the youth vote and a reputation as someone who can disrupt the hegemony of a school board which is currently occupied by older members.

“We need an educator on the 4J board. It’s one thing to talk about addressing class size, it’s another to have the actual daily experience of being in the classroom,” said Aura Solomon, a 4J educator.

“It’s a pretty phenomenal thing to have young people get involved in a school board race,” Levis said.

In this election, other campaigns are smaller and resemble Levis’ campaign in 2007 — an effort by only a handful of people — more so than Shabram’s.

“Mostly, school board members are less high profile, so I think this is one that’s a little different,” Levis said.

A student-run campaign comes with complications, mainly the expectation of long work hours without pay. Campaigns can be demanding. On top of high-school coursework, it can add up to time requirements that some, like Levis, say are too much.

Some of Shabram’s volunteers, including Campaign Manager Connor Gabor, are paid for their work. Unpaid volunteers for the campaign are not expected to serve a set number of hours, but rather offer their time and services at their own discretion, Gabor said. While many students contribute to Shabram’s campaign, Gabor said many other non-student volunteers have helped as well, primarily teachers and retired school employees.

Shabram acknowledges that balancing campaign work with studies can be tough on students.

“We have high expectations for our volunteers because we trust they can meet those expectations; we believe in their capacity and trust their process,” Shabram said. “I am proud of all my volunteers for giving the time and energy that they could to this campaign, and then taking care of themselves by stepping back when they need to.”

Alongside students like Sankari and Gabor, Shabram is also endorsed by the Young Democrats of Lane County, State Representative Marty Wilde (D), Eugene Mayor Lucy Vinis (D), the Eugene Education Association, the Oregon Working Families Party, and a number of others.

Every current school board director supports Shabram’s opponent Jim Torrey. Torrey, who has served on the board for 12 years, was praised in a school board statement reading: “Jim listens to all community voices. Jim has earned the endorsement of the entire 4J board.”

Torrey’s 12 years of service have earned him the support of many, including former 4J superintendent George Russell, Oregon State Labor Commissioner Val Hoyle, and a variety of educators.

Torrey’s history of volunteering, working with smaller communities, and advocating for affordable education has earned him respect on both sides of the aisle, but his political past, which includes publicly opposing abortion and gay marriage rights, is also part of his reputation.

For Torrey, the particular nature of his experience with governing is what he sees as his advantage over Shabram.

“I think that the key is the experience that a person obtains over a period of time as a board member. Understanding how to go about identifying budgeting opportunities to allow for smaller class sizes to take place,” Torrey said. “It takes a great deal of time.”

Torrey says the district’s source of funding — the foundation on which all other policies rely — is the most pressing issue. He emphasized the importance of measure 20-301 in particular: A “local option levy” which requires Eugene residents to pay $1.50 per $1000 assessed valuation in property taxes. It has been in effect since 2000, but requires renewal every five years.

The money from that tax accounts for about 9 percent of the 4J district’s total budget. Failing to renew it would take nearly $18 million out of the district’s budget — equating to the loss of roughly 161 teachers.

“Right now, my entire focus is on making sure we pass this local option levy. It is the single most important thing,” Torrey said. “It is more important to me than getting elected to the board again, because if we don’t pass this, we will drop back down to a point we haven’t been in probably 10 years.”

Torrey said Shabram asked to meet with him early in her campaign to have a conversation about what it takes to be a school board member. When speaking with her, he says he emphasized the importance of measure 20-301.

Torrey says that his experience will help the board effectively use the money if they get it, not just from the local option levy but from state funding as well.

“I think it is very important that a person with the experience I’ve had is around particularly for the next two years,” Torrey said. “For these next two years, in order to get these dollars, the state is going to require that we have a strategic plan to show how we’re going to use those lower class sizes.

Levis spoke in support of Torrey as well.

“Jim is phenomenal as a school board member. I don’t agree with him all the time, nor do the rest of the board members. But he always thinks about the kids,” Levis said. “He knocked on more doors for the bonds than anyone else on the committee,” she said, referring to a fundraising campaign which happened previously.

Torrey served as the mayor of Eugene from 1997-2005 and was a registered Republican until 2007 when he joined the Independent Party of Oregon. While the school board declined to comment further on Shabram’s campaign, the unanimous endorsement of Torrey by established members stands in contrast to Shabram’s grassroots effort.

“I think it is commendable that the current members are supporting their peer,” Shabram said. “It says a lot about the camaraderie and trust that members of the board have for each other.”

Local elections are often lost in the bustle of busy life. For Shabram, Torrey, and the numerous volunteers, parents, students and voters affected by the upcoming election, however, the winner of director position five on May 21 will help shape Eugene School District's policies for at least the next four years.