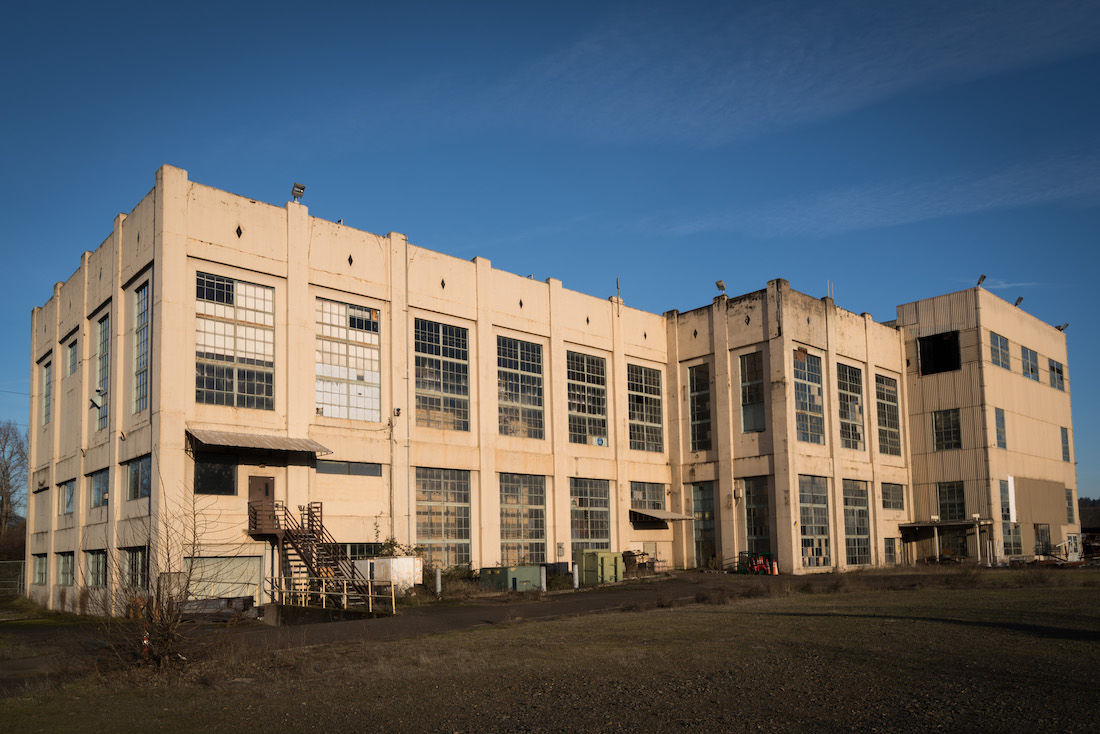 Eugene Water and Electric Board's retired steam plant is the future sight for a new development along the Willamette riverfront. (Emerald Archives) 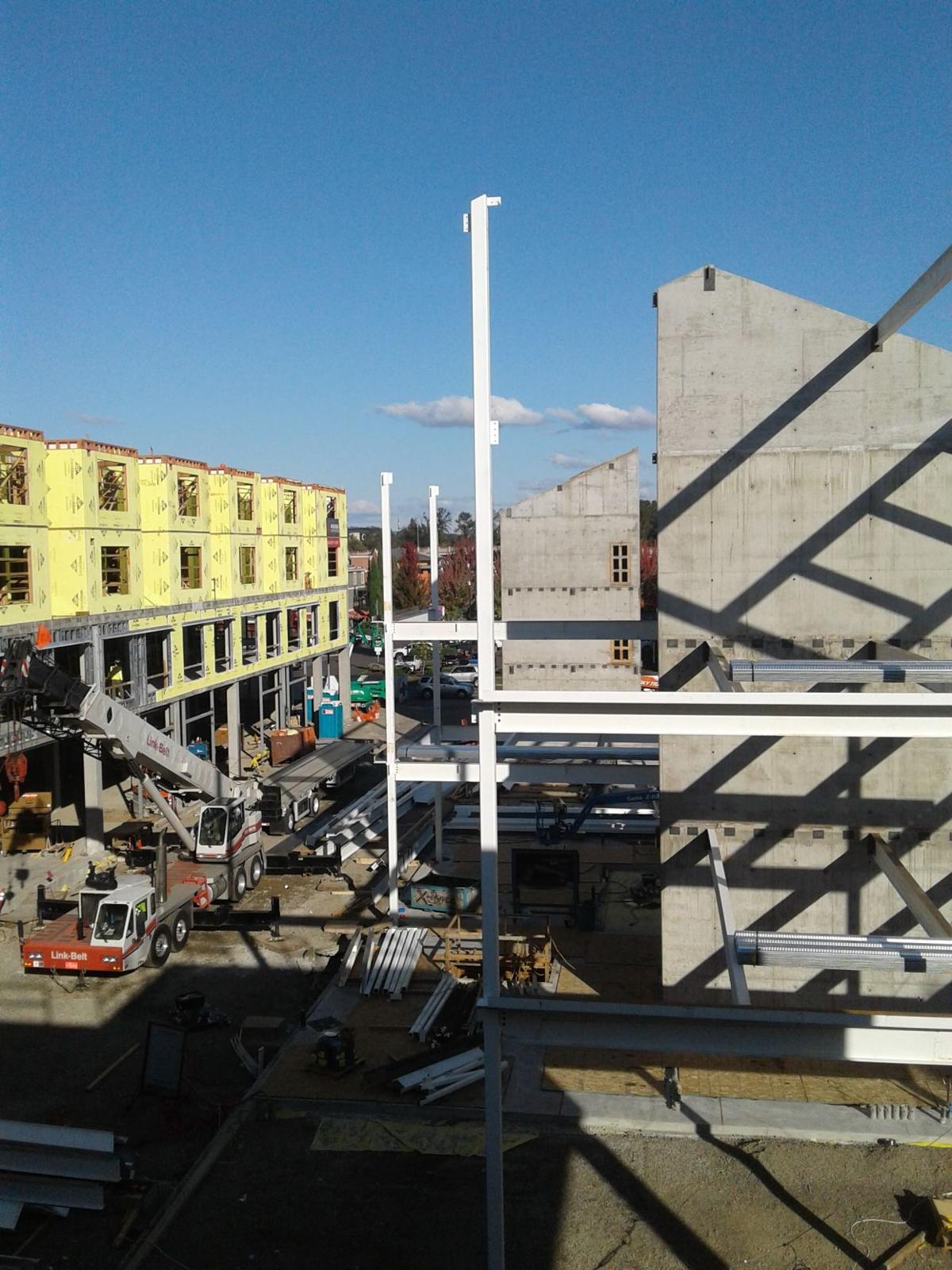 Construction for the 5th Street Market expansion is ongoing. (Courtesy of Obie Companies)

While plenty of construction is happening at the University of Oregon, building projects aren’t just limited to campus grounds. New buildings are going up all around downtown, and many more properties are being renovated.

The investment boom in Eugene started before the recession. The 5th Street Market expansion was in the works to be started in Eugene. When the recession hit the project was put on hold for the foreseeable future, according to spokesperson Jenny Ulum from Obie Companies.

Then the economy started to recover, as Regional Economist for Lane County Brian Rooney explained.

“In this area the recession ended in more like 2011, we’re just now getting that non-residential construction employment back up above where it was pre-recession.” Rooney said. “So the first reason that it’s happening now is because we’re in an extended recovery period, and it’s a good time for businesses to start up.”

As the economy came back, projects that had been on hold for years were suddenly kicked back into gear. This created the effect of an investment boom, and the sudden business had a multiplier effect. If there is a successful retailer in one area, other retailers tend to flock there to pick up on that success. Smaller businesses started to move into Eugene.

One of those major projects, the 5th Street expansion, will host not only apartments and small businesses, but the much anticipated new Nike store. Ulum said the company that owns 5th Street, says that the project speaks to a revitalization of downtown.

“I do think it’s a transformational project for Eugene, especially when taken with the other projects that are underway downtown or nearby the university area,” Ulum said.

There are many new projects starting up in Eugene. Just across the street from 5th Street Market, the Homes for Good housing project and the Graduate Hotel are new additions to the city. Apartments like the Ferry St. Manor and a 12-story complex built over Cafe Yumm are filling Eugene’s need for housing. The former Eugene Water & Electric Board property is also being turned into new park space.

The Downtown Riverside property, a 16-acre-wide space that used to be used by EWEB, is being renovated into a public space. According to a press release from the City Manager’s office, the property will host affordable housing, commercial businesses, a restaurant and a hotel. The property also aims to better connect downtown Eugene to the university and will connect both to the Willamette River.

“Throughout this process, we have worked hard to listen to the community’s needs and fulfill the vision of the City’s master plan,” Jim Atkins, executive vice president of Williams/Dame & Associates, said in the release. “We look forward to building a neighborhood that is sustainable, inclusive, respectful of history and seamlessly connected to downtown Eugene, the Willamette River and adjacent open spaces.”