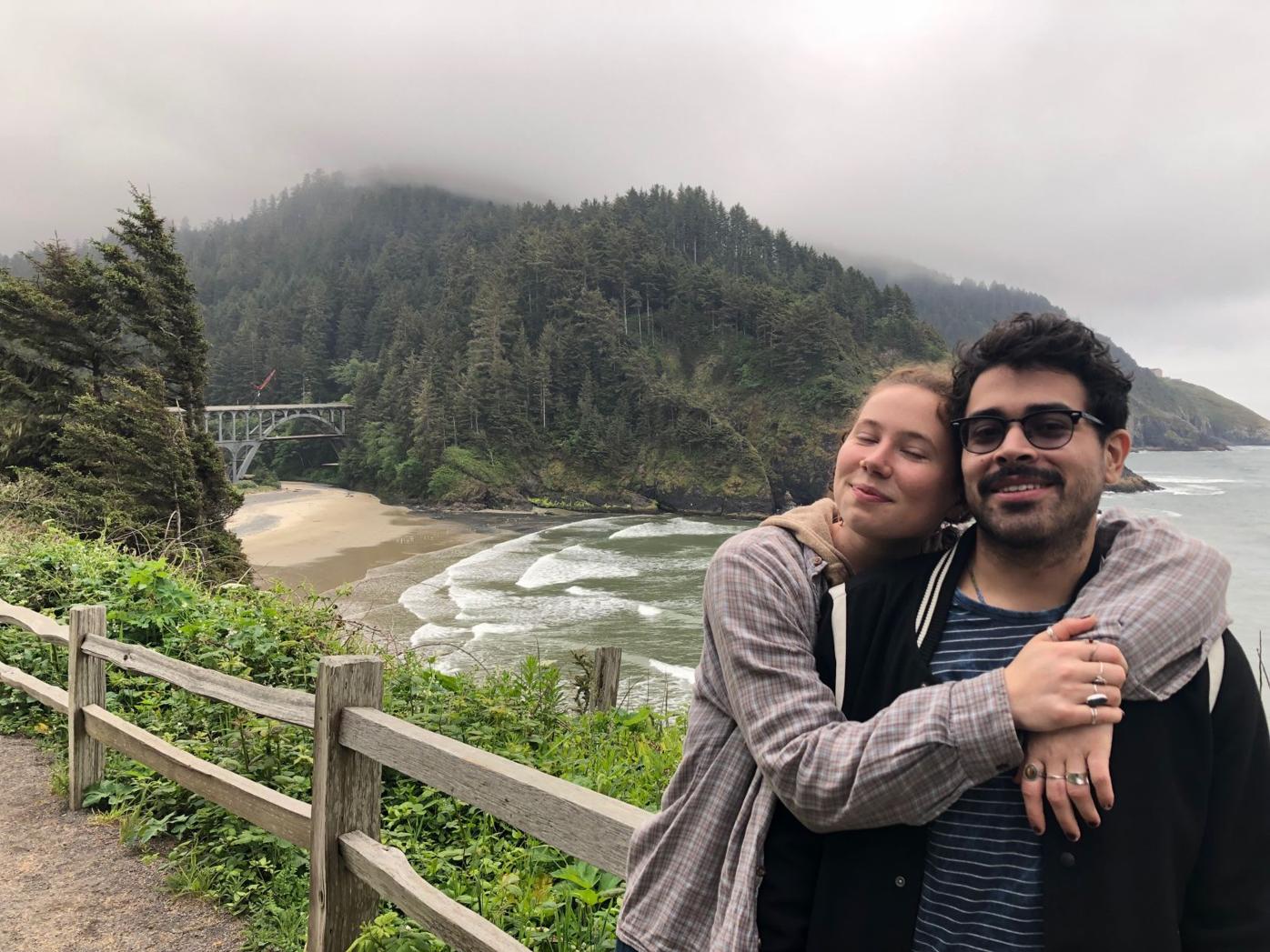 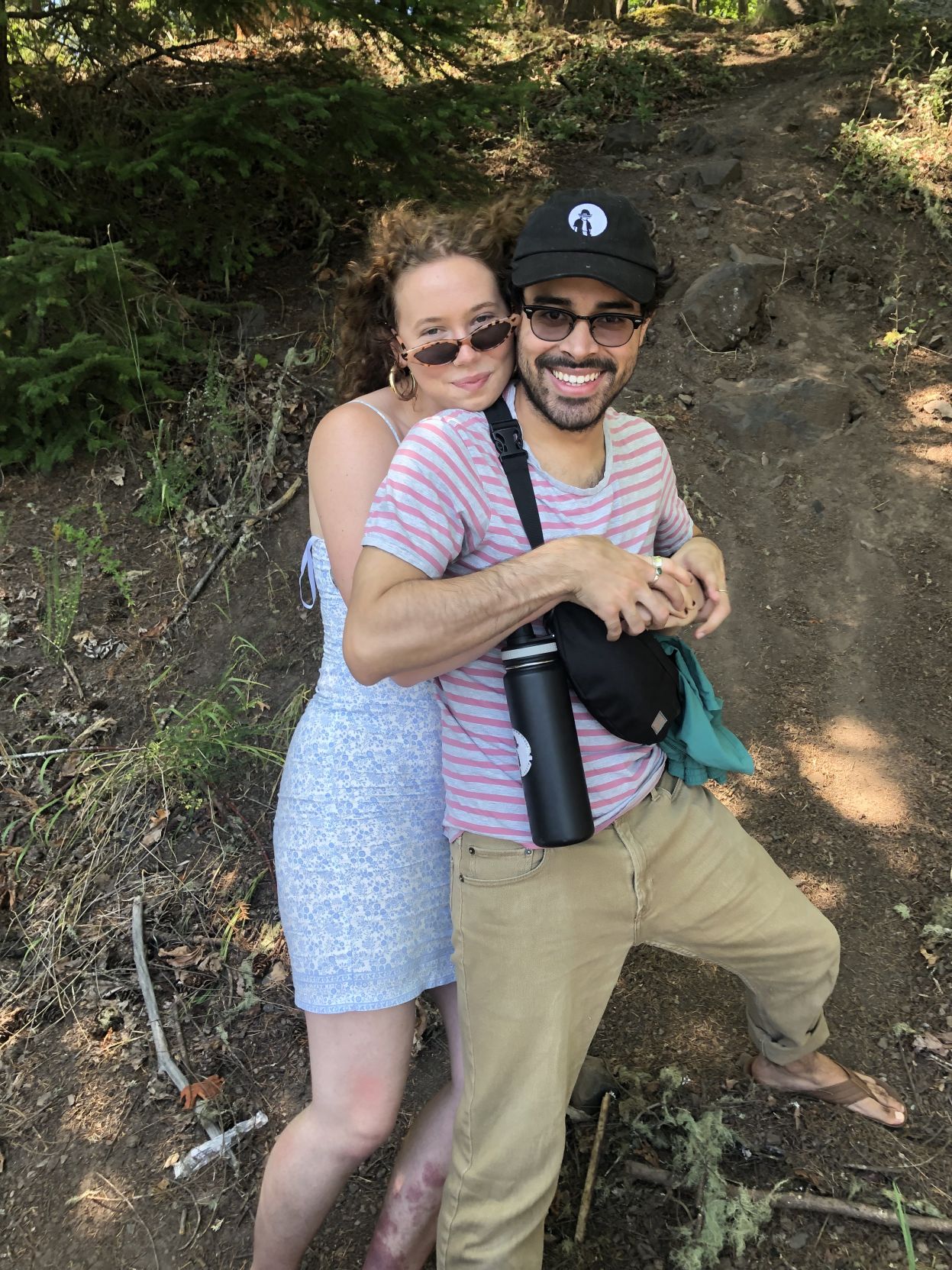 Editor's note: This story was updated on March 2 to include a comment from the U.S. Customs and Border Protection.

When Hendrick Valera was detained and taken into secondary inspection at the Los Angeles International Airport, he still felt he had no reason to worry. He had a legal tourist visa and had never had issues when he traveled the United States several times in the past.

“I thought I was just gonna be stopped for like 20 minutes, like tops an hour,” he said. “But I knew that I was gonna be there for a way longer time when I lost my flight.”

Valera’s flight was cancelled for mechanical reasons, but he didn’t know that until much later. Valera’s girlfriend, Ana Dursch-Smith, is a University of Oregon student, and he said he was going to stay with her until she graduates in June. After that, he said he had a return ticket to Colombia ready for when Dursch-Smith’s family planned on traveling to visit his family.

But after taking his phone and detaining him for several hours, Valera said the Department of Homeland Security staff told him he would be deported back to Colombia and was banned from re-entering the United States for five years.

The Emerald reached out to the U.S. Department of Homeland Security for comment and the U.S. Customs and Border Protection sent a statement to the Emerald.

“On February 14, 2020, U.S. Customs and Border Protection (CBP) officers assigned to Los Angeles International Airport (LAX) found Henry Tomas Varela Paredes, a citizen of Venezuela, inadmissible into the United States under section 212(a)(7)(A)(i)(I) of the Immigration and Nationality Act (INA). During the course of the CBP inspection, Mr. Varela stated he intended to enter the country to work without authorization in violation of federal immigration law. Because of Valera’s lack of funds to purchase a round-trip ticket, he remained in CBP custody for 19 hours and 15 minutes until a return ticket was available," according to the emailed statement. "Per Federal regulation, inadmissible travelers must return on the same airline they arrived. Mr. Valera waited in a lounge where food, beverages, snacks, restroom facilities and water fountain was available at any time during his custody. CBP officers treated Varela with the highest standards of professionalism, integrity and respect.”

“I was devastated. I couldn't believe it at all,” Valera said. “It's like the worst fear that you could think of.”

Valera said that upon entering secondary inspection, he was told to wait while an officer checked his files and asked him questions but was not told why he was being stopped.

Dursch-Smith said she first knew “something suspicious was going on” when she received an automatic text update from the airline that said Valera’s flight was cancelled. After realizing he never contacted her after customs, Dursch-Smith said she called LAX security and convinced them to call his name on the intercom.

Valera said DHS staff were skeptical of the fact that he “didn’t need as much money to visit” and did not understand that it was because he was staying with Dursch-Smith. They also went through his phone, he said, and found pictures of him in the United States at concerts and in a recording studio.

Because he is a professional musician and producer, Valera said DHS staff accused him of working in both of those pictures. In reality, he said, those were concerts he attended in the audience with Dursch-Smith, and he went to a studio on the UO campus to watch a mutual friend record.

Valera said DHS staff also questioned the fact that he works for artists “all over the world,” including the U.S., and if one of them hired him even while he was out of the country, they felt it was “illegal enough” to ban him for five years, he said.

“I’ve never heard anything like that before, never,” Valera said.

None of Dursch-Smith’s messages to Valera were going through, she said, and she did not hear back from him until 4 a.m. when he called through a friend of hers and explained  that he had been detained, was being deported and was banned from the country for five years.

“I was so, so angry and so devastated. I was, like screaming and crying,” Dursch-Smith said. “We were able to talk for a short amount of time, but he needed to re-return his phone again to the officer after, and so he was going to talk to his parents and explain to them what was happening.”

Dursch-Smith said she felt DHS staff treated Valera as though he was “guilty until proven innocent,” saying, “I think that they just assume if you come from a certain nationality or if you appear a certain way that then they decide that they have a right to go through your things and find a reason that you're not allowed in here.”

Valera and Dursch-Smith said they both took issue with DHS staff referring to him as an “illegal alien” several times throughout their interactions with him.

Dursch-Smith said she found it “super dehumanizing” and believes nobody should use the term due to its implications. “It's really to ‘other’ you and to make you feel like you are inferior and you are like not worthy of you know, being in the United States,” she said. “You're not worthy of even a person title because you're an illegal alien.”

While Valera said it was “very demeaning” to be described that way, he said, “Being from Venezuela, it's something that kind of deep down I've been feeling in every country I go, you know, it's like, kind of a curse from something I didn't choose to do by being born in a country.”

“It's weird to admit or to say that I feel used to it, by being called ‘alien’ like that,” he said, “because not until Ana pointed it out, I didn't feel affected by that, because it’s been, all my life, so normalized.”

Dursch-Smith said she and Valera have “put a lot of work and commitment” into their relationship, traveling back and forth to see each other over the past two years. As a student at UO with a location-dependent job, she said she does not have the same flexibility as he does with work and online classes to travel for more than one to one and a half weeks.

“It hasn't been easy but it's always been worth it,” she said, “and so to have this like, really devastating experience where we we're not sure when we'll see each other again, you know, and and how do we plan our futures accordingly, it's just, like really intense stuff to deal with.”

Because DHS staff determined that Valera was working illegally, Dursch-Smith said, it is now written on his file that he broke immigration policy by performing illegal activity in the U.S. Therefore, she said, “it’s very unlikely that someone will lift that five-year ban.”

Valera and Dursch-Smith have been contacting state representatives about their situation and are currently exploring other options for visas, such as a work, fiance or artist visa, she said.

They also created a GoFundMe page, which gained social media traction, to raise money for fees, such as attorney costs and Valera’s round trip ticket that was not reimbursed. It would also go toward applying for an I-212, which is an application requesting permission to re-enter the U.S. after “deportation or removal,” according to U.S. Citizenship and Immigration Services.

Dursch-Smith said the application, which costs $930, is non-refundable regardless of whether it is approved. “So that waiver has to be turned in and then they can decide based on that waiver, whether or not your reasons are legitimate,” she said.

“We definitely didn't expect to have these kind of expenses for me to be able to come back," Valera said.

Dursch-Smith's goal is to “get him here as soon as possible, but also the safest way,” she said. “So whatever way is going to make it so that he doesn't have to go through that again.”

Correction on on Friday, Feb. 28: A previous version of this article misspelled Colombia.