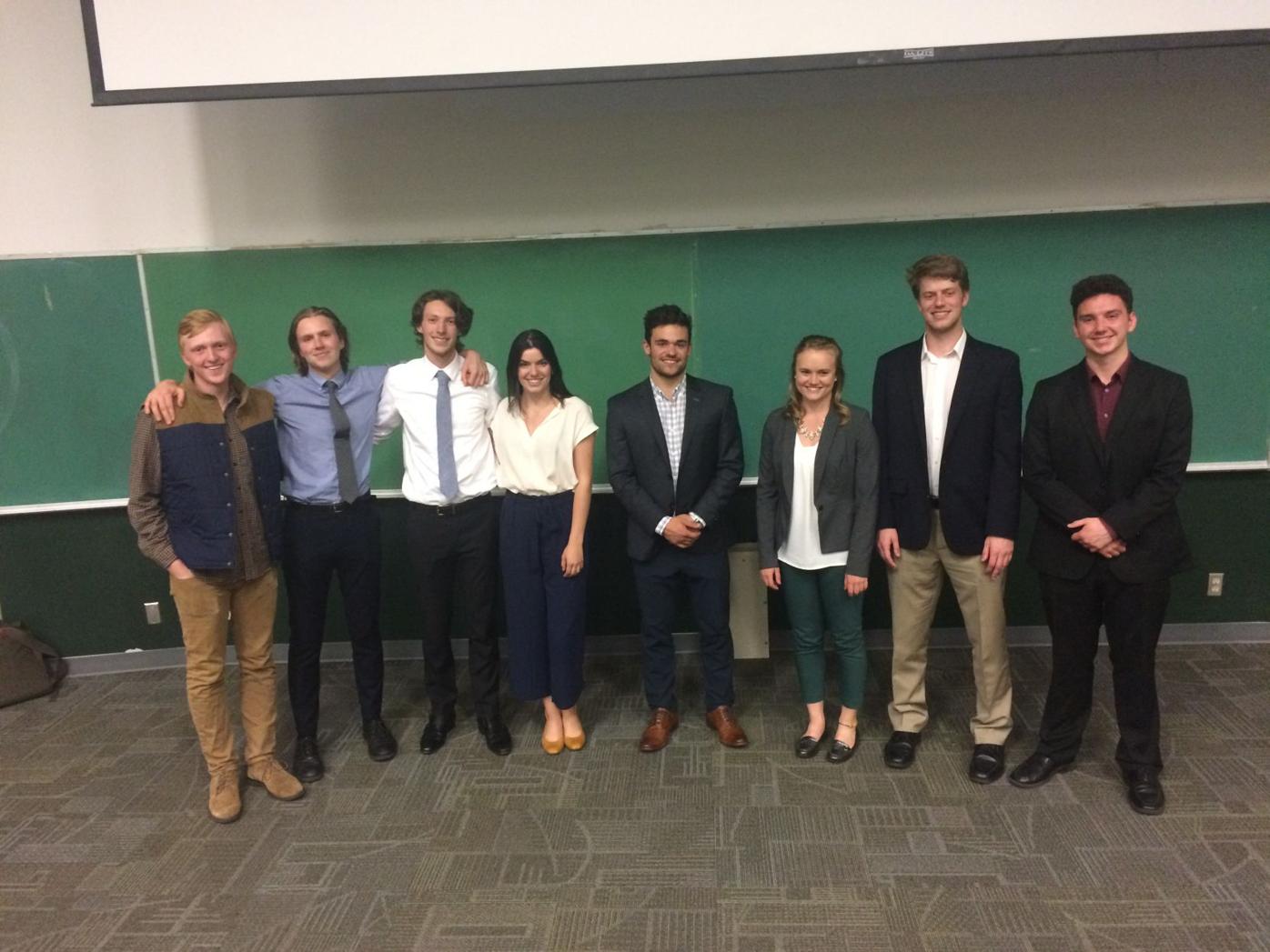 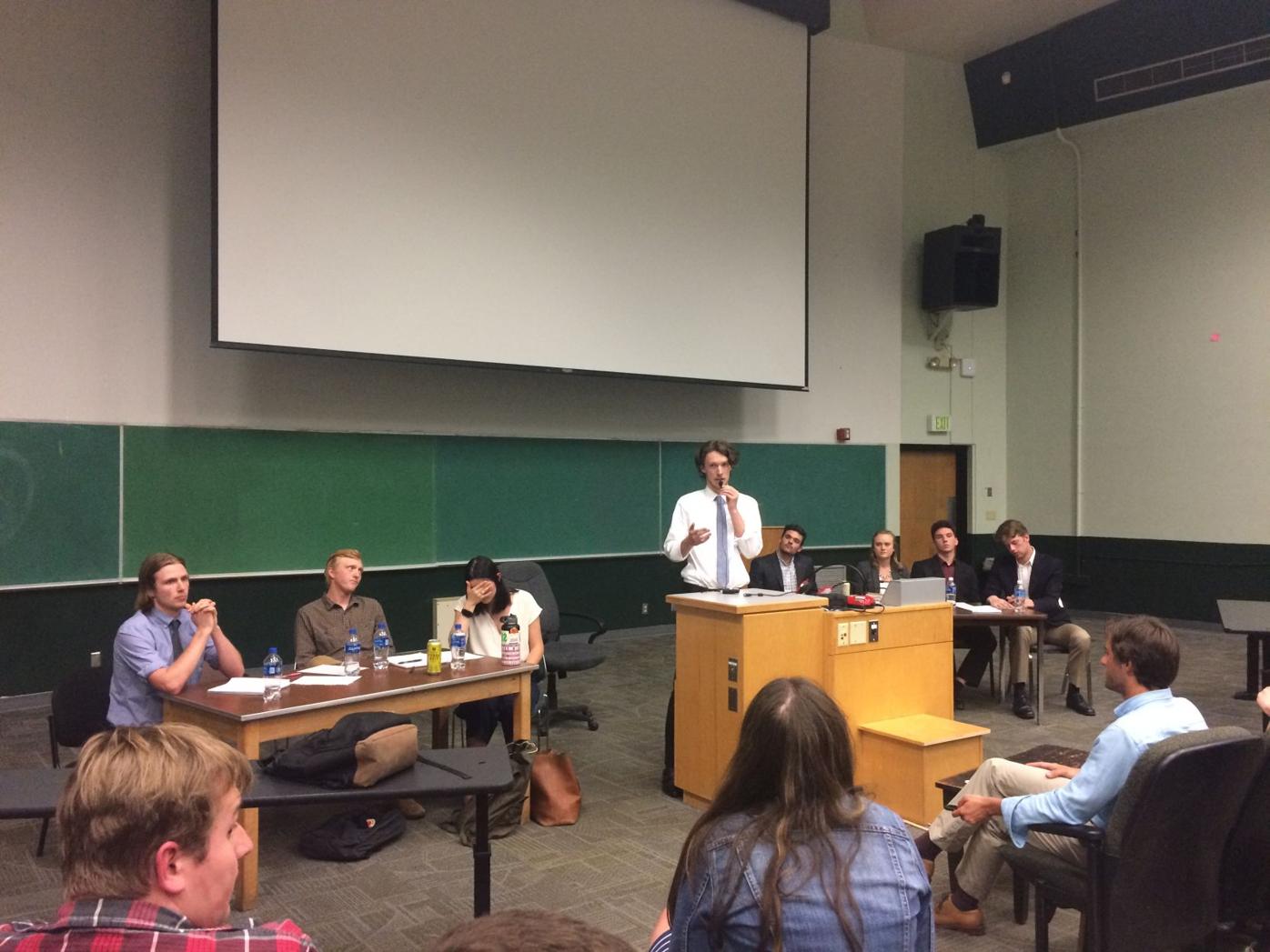 Electricity filled the lecture hall air on Wednesday night before the long-awaited debate between UO College Democrats and UO College Republicans. Vocal Republican panel supporters congregated on the right side of the PLC 180 lecture hall, equally enthusiastic Democratic panel supporters filled in the left side and everyone else found a seat somewhere in the middle or back.

Four panel members from each side of the debate discussed questions posed by two moderators, neither of which were members of the two clubs. Topics included gun control, immigration, health care and foreign policy.

Finding policy positions to agree on was a goal for the two clubs in preparation for the debate in the context of a divided political climate on campus and nationally.

At the same time, both sides iterated strong positions on topics such as gun control with Democrats calling for enhanced background checks for gun buyers while the Republican panel emphasized second amendment rights.

In regards to immigration, UO Republicans emphasized securing national borders while their democratic counterparts iterated the importance and legal precedent for sanctuary cities and states.

Originally the debate was scheduled to be on May 22, but following the death of a University of Oregon student at Shasta Lake the prior weekend both sides agreed to reschedule the debate to Wednesday night

The structure and topics of the debate was a collaborative effort between the two political clubs.

“The UO Republicans came to one of our meetings, and we went to one of their meetings to have more of an open dialogue,” said UO College Democrats president Hannah Argento-McCurdy.

The questions were created by an independent committee, comprised of UO Republicans and UO Democrats, and panel members were not given access to the questions before the debate.

After a moderator posed a question, each panel had three minutes to respond, one minute to ask the other panel a question on their response, a two minute rebuttal and finally six minutes for the audience to ask the panel relevant questions to the debate.

On one occasion, an audience member asked why there were no persons of color represented on either panel after debate on how some gun control measures may lead to disproportionate rates of arrest of minorities.

Through some hooting and hollering of support for her question, moderator Alison Watkins said the question was not related to the issue at hand. She was met with some disdain from the audience.

“I was interested in keeping things on topic, and that was my judgement call,” said Watkins.

Most of the debate continued with supporters cheering for their respective side’s strong rebuttals or talking points. The cheering helped define each sides policy positions and how they distinguish themselves from the other side.

“I was slightly worried about this debate because I personally do not like the really intense tribalism that can result from something like Democrats vs Republicans” said audience member Sravya Tadepalli, who had asked why there were no minorities on the panel.

However, the opposing panels did find some common ground on ERPO (Extreme risk protection orders) also known as red flag laws as part of the solution for gun control. Red flag laws allow for the state to temporarily take weapons from individuals who have been petitioned by other community members as a risk to themselves or others.

The two clubs aimed to have an open discourse and to find possible common ground.

“It gave both sides an open place to safely and respectfully express their opinions. It allowed a space for debate and thought, and I think that’s the whole point of politics in America and government in general, and that’s something we need to get back towards” said Elliot Ergeson a Democratic panel member.

The debate also provided an opportunity for students to engage with the opposing side of the political debate, for example; a Democratic student hearing positions straight from a Republican.

“I wanted to put a face to the Republican ideas, and show that we’re here, we’re regular people and we want to engage,” said UO College Republicans president Quinn Milionis.

Though each panel said there were things to be improved on in the structure of the debate, Milionis was among those excited for another debate in the future.

“We want this to be the first of many debates,” he said.