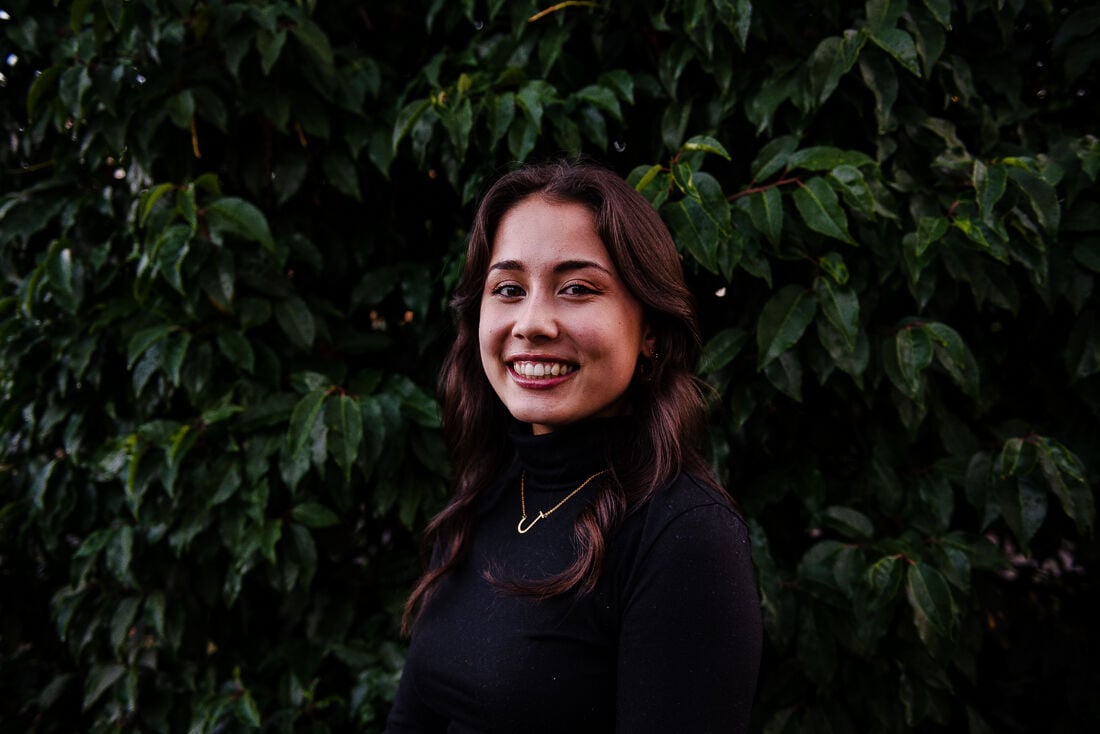 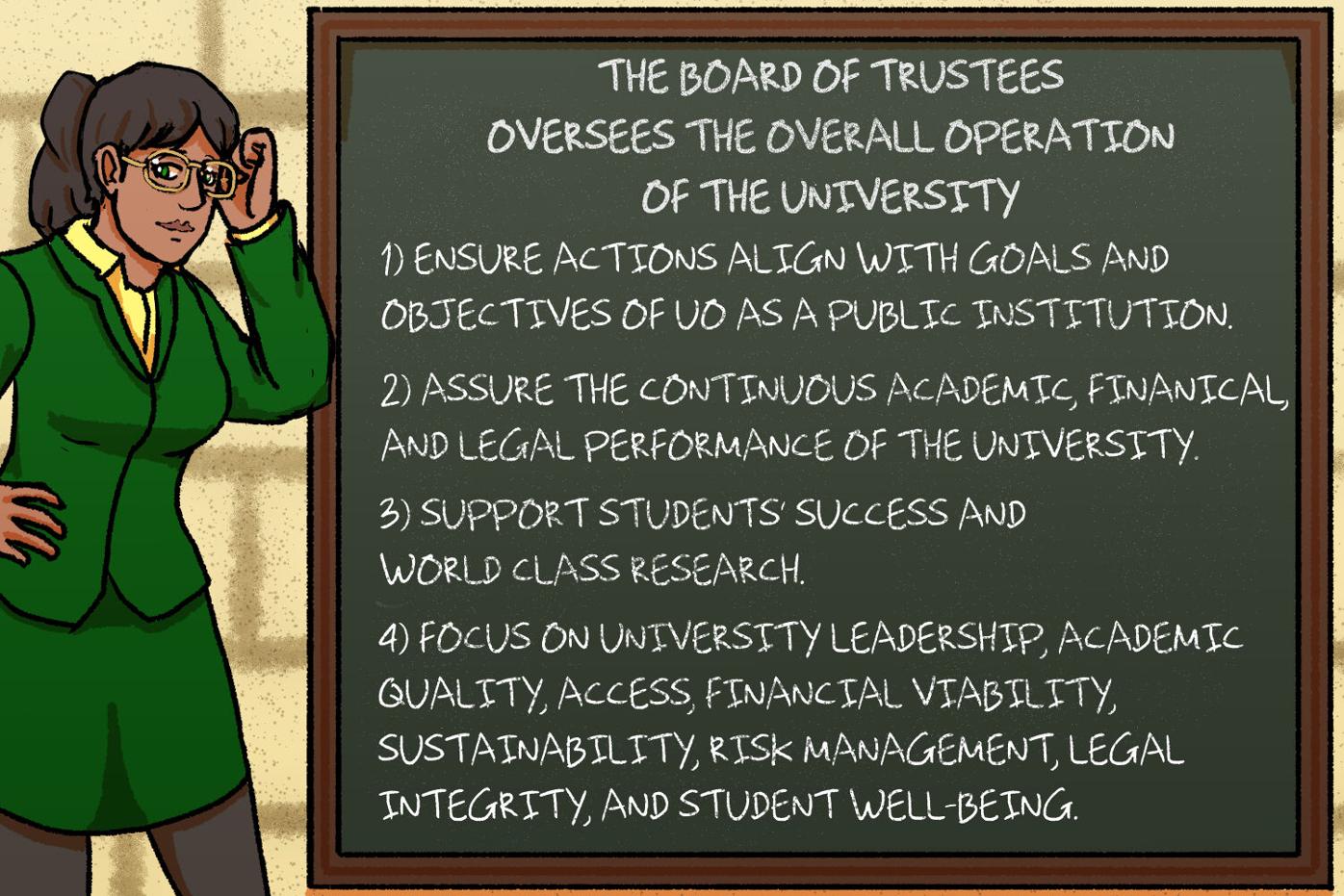 While University of Oregon President Michael Schill serves as the face of the UO administration, the board of trustees often remains out of sight and out of mind for students. However, according to state law, the BOT has the authority to govern all aspects of the university.

Although meetings are public, BOT student representative Julia Lo is working to ensure students have an understanding of board affairs and a voice in what it’s doing.

“The board’s responsibility is to help assure the continuous academic, financial and legal performance of the university as a comprehensive, high quality, nationally prominent public university that supports students’ success and world class research,” Board Chair Chuck Lillis said.

The BOT makes decisions about tuition costs, infrastructure projects and health policy, among other things. In 2019, it approved a tuition increase to UO undergraduate students.

However, the board delegates responsibility for most of the day-to-day operations to Schill.

Board members are not elected officials and are not compensated for their work. The Oregon governor appoints members, who are confirmed by the Oregon Senate.

“The Board trustees represent a variety of professions and backgrounds,” Lillis said. “Regardless of UO affiliation or professional background, all of the trustees are committed to the UO’s future and the success of its students and faculty.”

Among the board members are Tim Boyle, CEO of Columbia Sportswear; Dennis Worden, member of the Coeur d’ Alene tribe and former political staffer; Toya Flick, former health policy advisor to U.S. Senator Hillary Clinton; and Board Vice Chair Genevra Ralph, who has a master’s degree in special education.

Including Schill, there are 15 members currently on the board. Ten members are UO alumni, and one is a current student.

That student is Lo, who serves as the student representative on the BOT.

Lo has the task of bringing the student voice to board meetings. Lillis said all board members try to engage with the student body when possible, but the board relies on the student trustee to bring “invaluable perspective.”

Lo said the other board members have helped her feel welcomed and valued.

“I was very happy to see that they are doing their best to amplify my voice in meetings,” she said.

As a student representative, Lo has to acknowledge her own opinions while remaining cognizant of her role as a representative of all students.

“In this position, it's really important to maintain that objective role as the student trustee,” she said.

Before she joined the BOT, Lo didn’t know much about how the university was run.

“I'm under the impression that the majority of students don't know either, and because of that, I think the board can seem super disconnected from the student population,” Lo said.

She hopes to use her role to help amplify student voices and build a bridge between the BOT and the student body.

Lo recently established office hours where students can bring their concerns to her. She encourages students to email her with thoughts and questions at jlo2@uoregon.edu.

She also hopes the BOT can work more closely with ASUO in the future because ASUO represents the student community.

Lillis believes students have ample opportunities to voice their opinions and concerns to the board.

“All meetings are public, and students and other members of the campus and public are encouraged to provide comment,” Lillis said.

However, not all students believe the board is sufficiently considering the voices of students.

Democratize UO spokesperson Patrick Schranck, speaking during the Day of Demands protest on Oct. 22, said the university has a governance model with no transparency or accountability.

He said the BOT continued tuition increases during the pandemic when many families are experiencing financial instability.

When asked about recent calls from activist groups — like Democratize UO — to democratize the board, Lillis said the university’s growth since the BOT was created is proof that reform is unnecessary.

“I have confidence that our students, campus community and public at large have benefited significantly since the board was created by state legislation in 2014,” Lillis said.

The BOT meets quarterly, and the next meeting will be held on Dec. 1 and 2. The meeting agenda as well as information about signing up to provide public comment can be found on the BOT website.