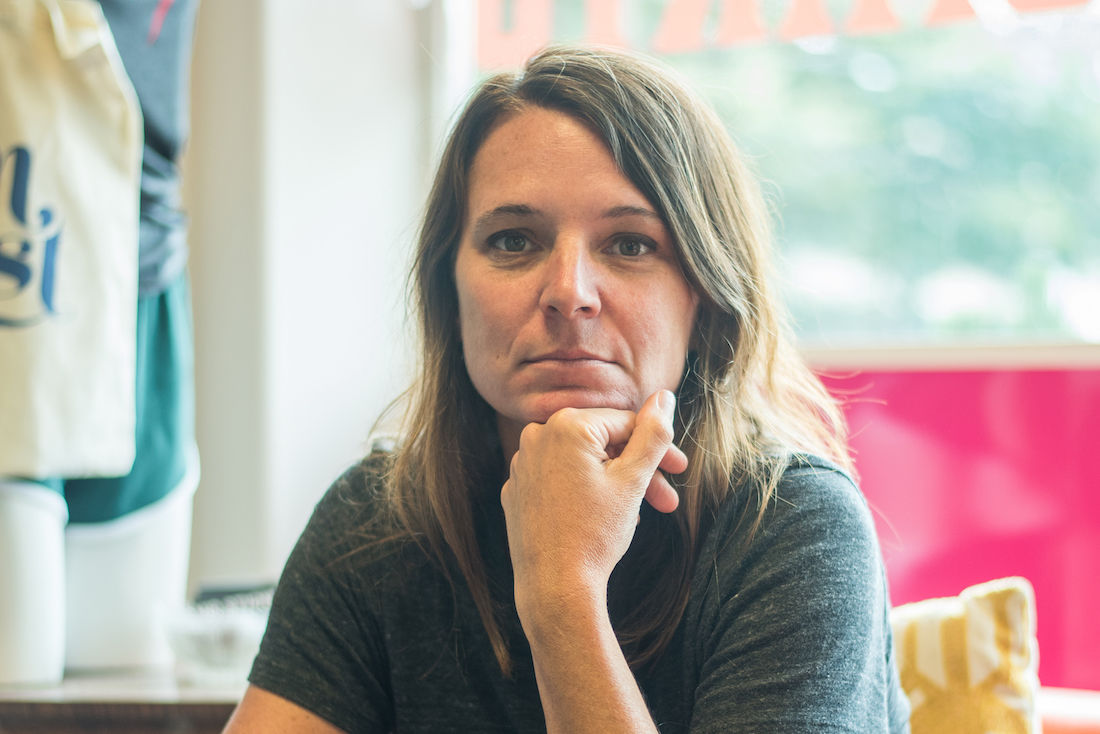 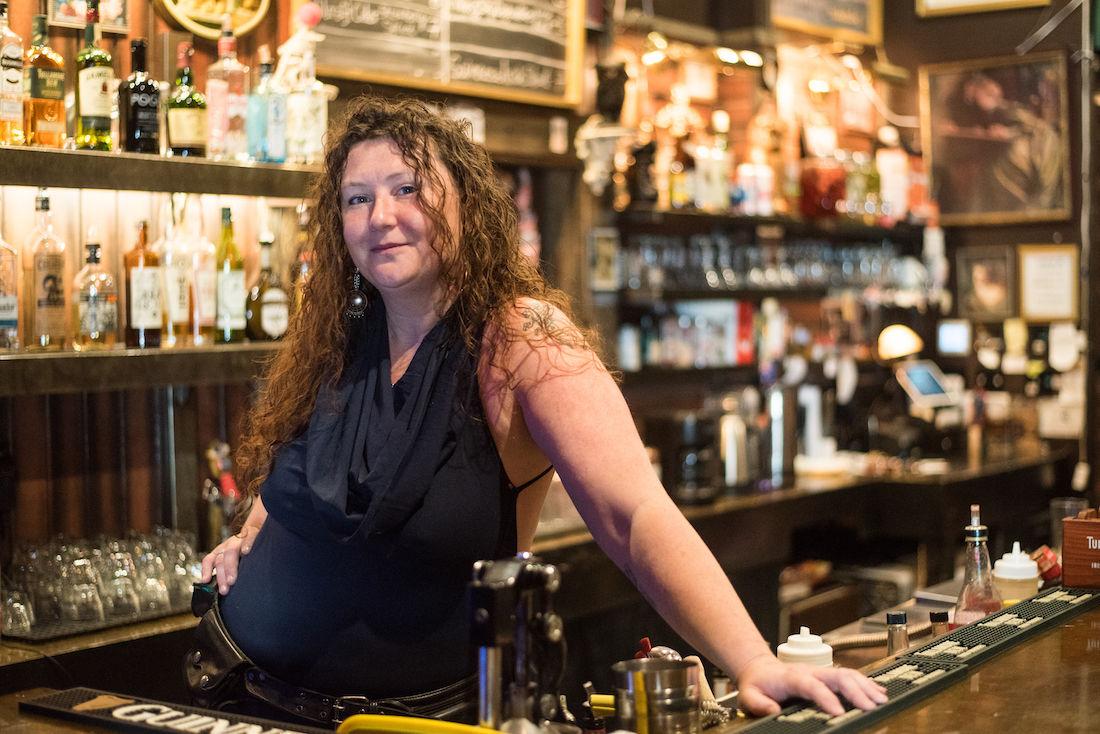 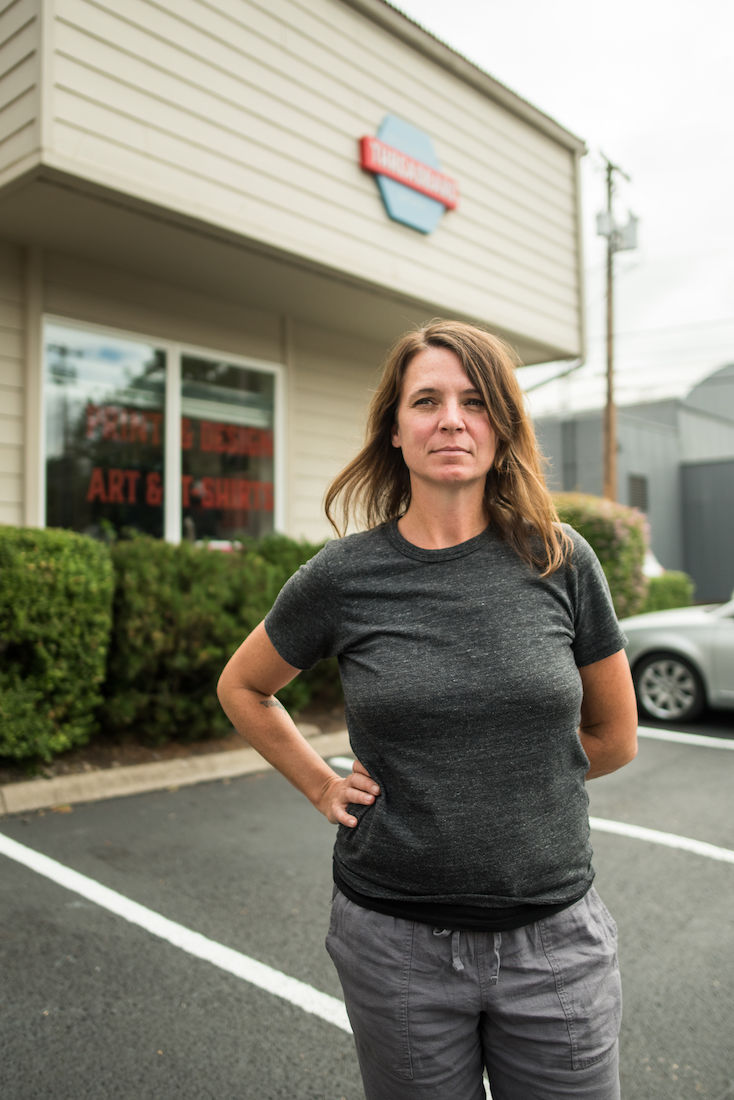 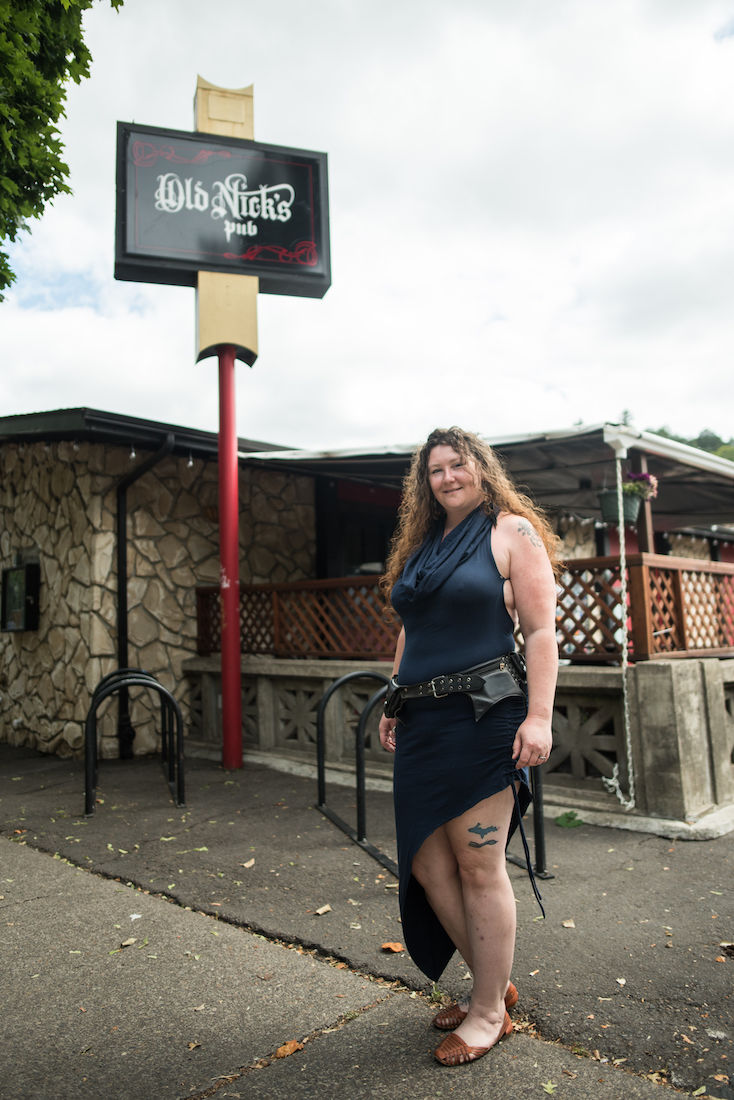 On June 12, Amy Baker found swastikas painted all over her company’s building, the Threadbare Print House — about 20 in all. The neighboring businesses were unscathed.

Eugene Police found stenciled outlines of swastikas on 14 different businesses within ten blocks of each other in the Whiteaker neighborhood, including Threadbare, after responding to calls for hateful graffiti on Monroe Street and 7th Avenue. EPD Special Investigations is continuing to follow up, spokesperson Melinda McLaughlin said.

It wasn’t an isolated incident. Swastika graffiti has been reported to EPD at least six times over the past two years, McLaughlin said. Jewish communities were most targeted by hate-based vandalism last year, the 2018 Eugene Hate and Bias Report showed.

A 2010 Department of Justice Hate Crime Victimization Report estimated that only 25-42 percent of hate crimes nationwide are reported to the police. However, a recent study showed reported hate crimes have risen in Eugene by 380 percent in the past four years.

There have been recent efforts to increase reporting in Eugene, according to a 2018 Daily Emerald article. The city has human rights and equity analysts working closely with EPD to document hate crimes and create a database for annual reports. The database includes categories for type of crime, impacted group and outcome of incident.

McLaughlin said the department is "thankful that our community is responsive and reports these incidents."

Before Baker and her staff cleaned up the graffiti, she wrote a Facebook post stating, "Threadbare stands by our commitment to an inclusive community and our belief that activism, equality, and love will win out over hate in this community."

The post sparked an outpouring of support from the city, with people asking her what they could do to help. Threadbare held a fundraising event the next day.

Event attendees brought blank T-shirts, and the printing company printed phrases like “No Place For Hate” onto the shirts, accepting only donations for their work. Baker said the event raised $1,400 in total for Community Alliance of Lane County, National Association for the Advancement of Colored People and Oregon Supported Living Program.

Threadbare Print House puts on events such as an annual fundraiser for Planned Parenthood in January before the Women's March, selling T-shirts that read "Fiercely Feminist." Baker said she usually gets some nasty social media messages in response to the events, but she deletes the comments.

Baker has surveillance footage of her parking lot showing two people hitting her logos several times. "It definitely feels targeted," she said. "We do have a somewhat outspoken platform for social issues, and so when something like this happens, I can't help but wonder."

McLaughlin said EPD takes these cases seriously. "They create an environment that does not feel safe and that incites fear," she wrote in an email to the Emerald. "Everyone in our city, whether resident or guest, deserves to feel safe, welcome and respected."

Emily Nyman, an owner of Old Nick’s Pub in the Whiteaker, said she remembered a group of people coming and taking a selfie with her “Hate-Free Zone” sign in 2017. She said she thought they came to her bar because it features punk and metal bands. Her bouncer asked them to leave.

The next morning, Old Nick's was one of the neighborhood businesses with swastikas painted all over the outside of the building. "We're Watching You" was also painted on the side of the bar.

"I'm a white, middle-class female business owner, so I'm the one who can stand up, and if they want to target me, they can," Nyman said. "But the things they can do to me are less devastating than what they could do to a minority."

Hateful graffiti and other bias crimes are not contained within the roughly ten blocks that comprise the Whiteaker neighborhood — they happen all over Eugene, including on campus. Last year, the University of Oregon Hillel, a Jewish student organization, found its welcome sign in the parking lot hit with Israeli-Palestinian conflict-related grafitti.

Events like what happened to Baker and Nyman can seem unavoidable. While the city is working to increase reporting levels, continued community involvement is key. EPD is working to decrease the stigma of calling the police for hate crimes, but there are also other options. The city of Eugene has an online reporting form for hate crimes and non-criminal incidents for those who do not want to go to the police. The reports can be kept confidential on request. There is also an anonymous hate and bias crime report form for the Oregon Department of Justice that can be found online.