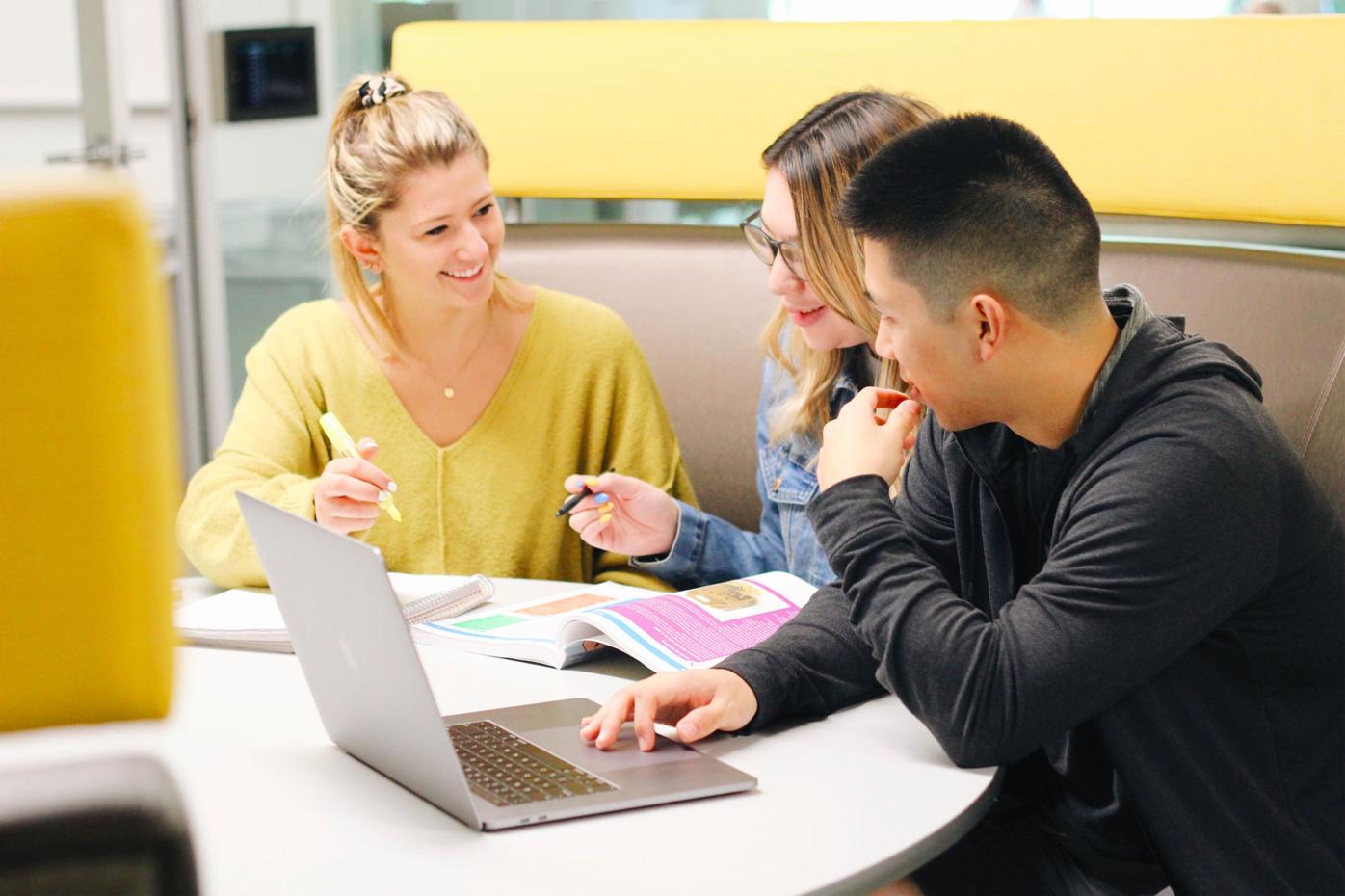 University of Oregon students get a little academic help from a Tutortree tutor. (Photo courtesy of Tutortree.) 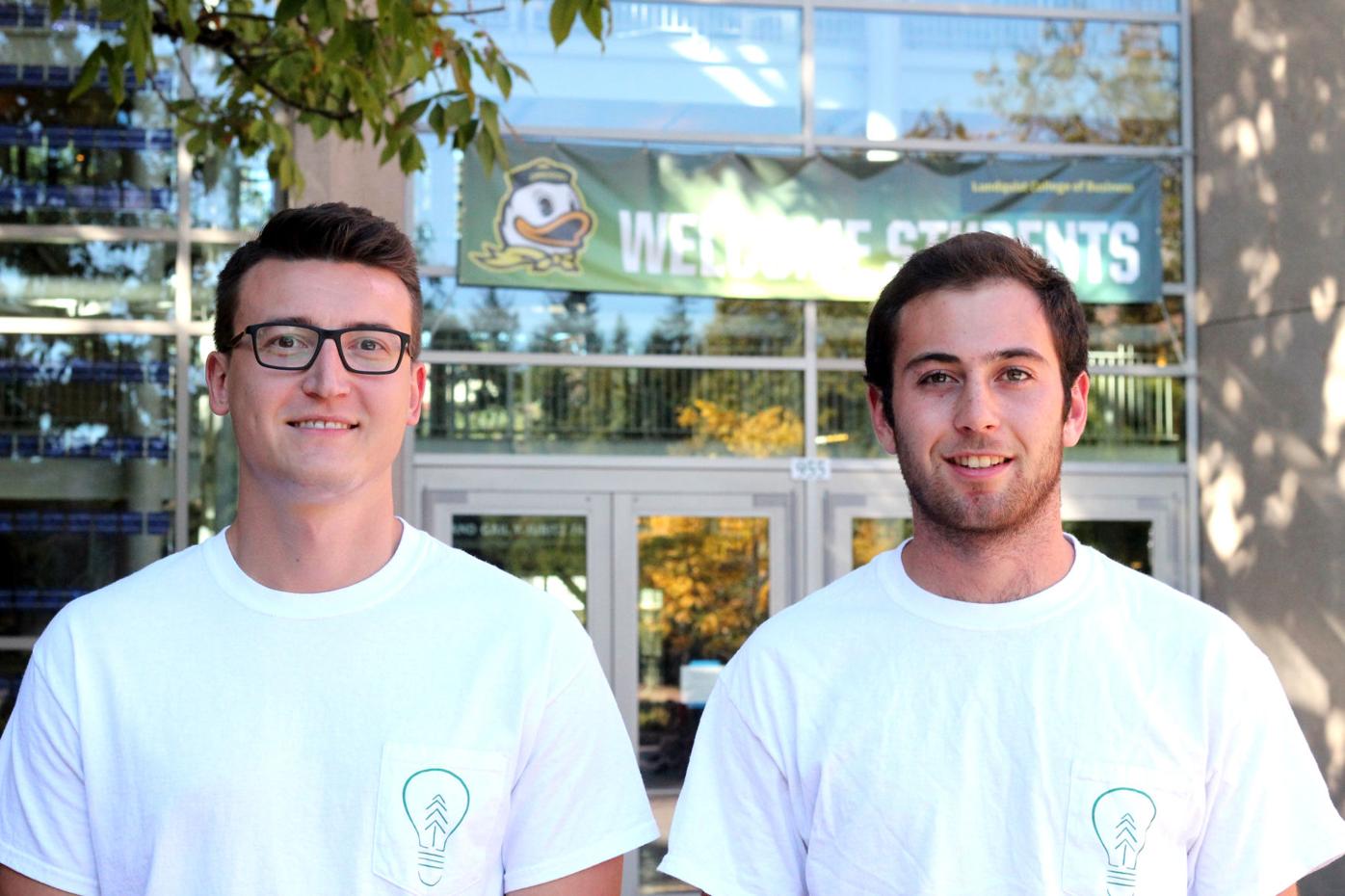 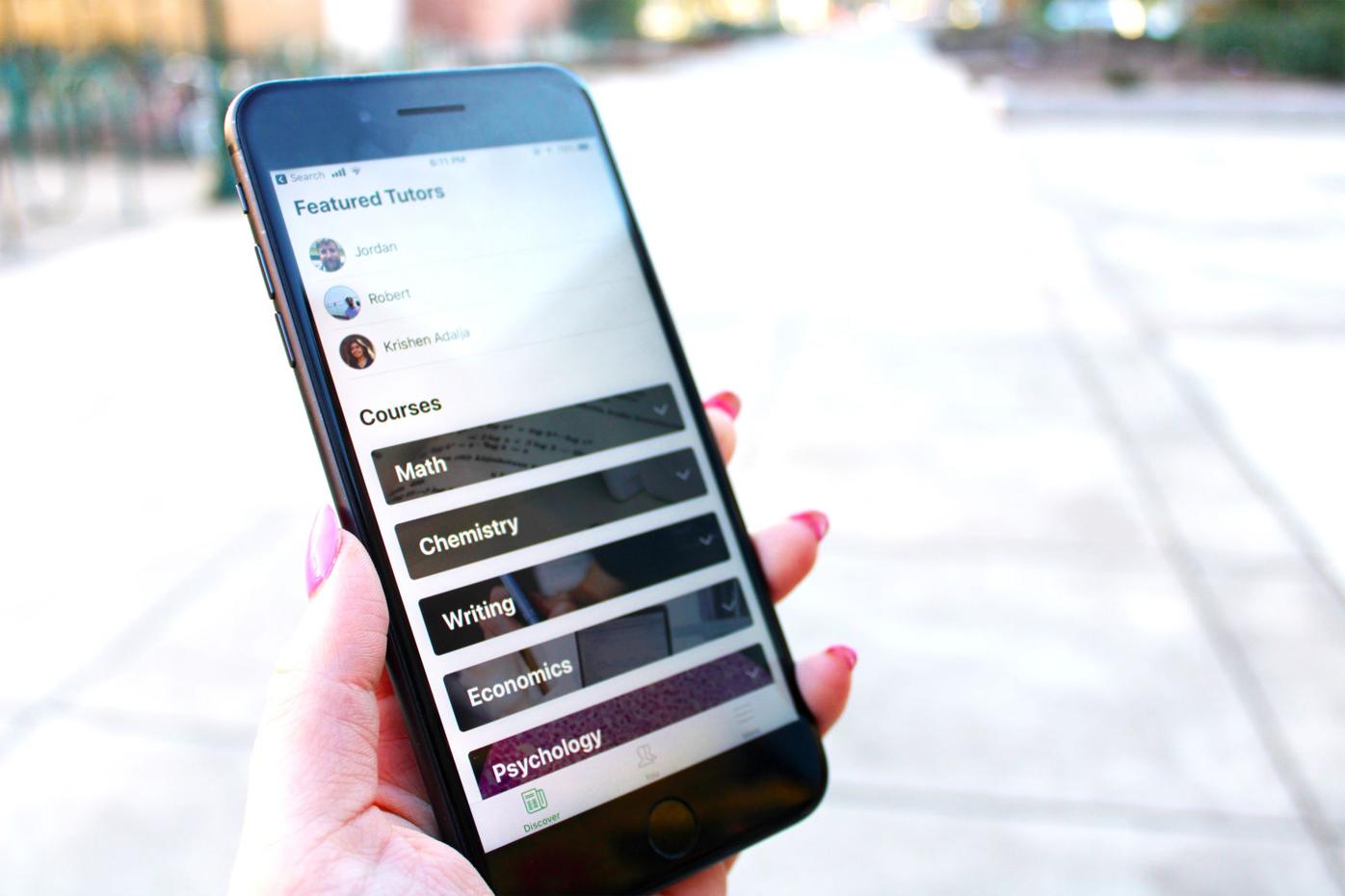 Last spring, University of Oregon seniors Eli Ackerman and Adrian Martushev teamed up after noticing a disconnect between students and available, affordable tutors. Ackerman was looking for a tutor for a business administration class when he met Martushev, a math tutor.

The pair discussed the need for more accessible options that would allow students to schedule private sessions with tutors on their own time. That term, they created the concept of Tutortree, a smartphone app that would do just that.

Martushev and Ackerman worked throughout spring term and over the summer to develop the app, which launched fall term. The app, which connects available tutors with students seeking help, has now seen two full terms of use, and the team says they are seeing promising signs of success with plans to expand to other universities in the near future.

Tutortree currently offers help with 33 different courses and employs 21 tutors through the app. They reported that 65 percent of students are repeat-users that have booked multiple tutoring sessions.

“We’ve met our goals, we established ourselves on campus and a lot of people know about us,” Marushev said. “I think just building that presence has been huge for us, and overcoming a lot of the technology problems has been good for us too.”

They’ve also had to learn how to deal with some unexpected challenges along the way that come with running a small start-up. From technological challenges with the app development to handling customer support issues, their app has continued to grow, they said.

“I think one of the coolest things on my end as a tutor is seeing that people really want this app to be there so bad that they’ll deal with all the crashing and bugs and still persist in booking sessions,” Martushev said.

With finals week approaching, Tutortree offers review sessions for some of the more frequently booked classes, in addition to its regular one-on-one sessions, for a lower cost.

According to the app’s data, Math 241 and 242 are the most-booked courses. Martushev also said that some preliminary data showed that students who booked Tutortree tutors for those courses did an average of 5 percent better on midterms than the class average.

This spring term, the Tutortree team plans to begin expanding its reach to Oregon State University, which will require creating a separate student portal within the app and finding tutors on that campus. In the future, they hope to expand to other West Coast universities as well.

Robert Demarco, an accounting major and tutor, said he’s already seen the app’s growth since he joined at the end of fall term. He tutors Accounting 211 but also helps out with economics and other business courses.

The Tutortree team has also set up a scholarship fund to support students who may need extra assistance but cannot afford a private tutor.

“That’s part of our way of giving back to the community that’s let us start this business,” Ackerman said.

Ackerman and Martushev said they plan to stay with Tutortree as a full-time job after they graduate in the spring.

“It’s given us a lot of insight into the real world,” Ackerman said. “It’s kind of been like this hybrid experience where we’re getting a little bit of a taste of having a real-life business while still being a college student; we’re just maturing and learning how to handle it.”

Emily is a senior news reporter for the Emerald. She covers student organizations on campus and is interested in covering small community news through solutions journalism. She is a journalism and Spanish double major.