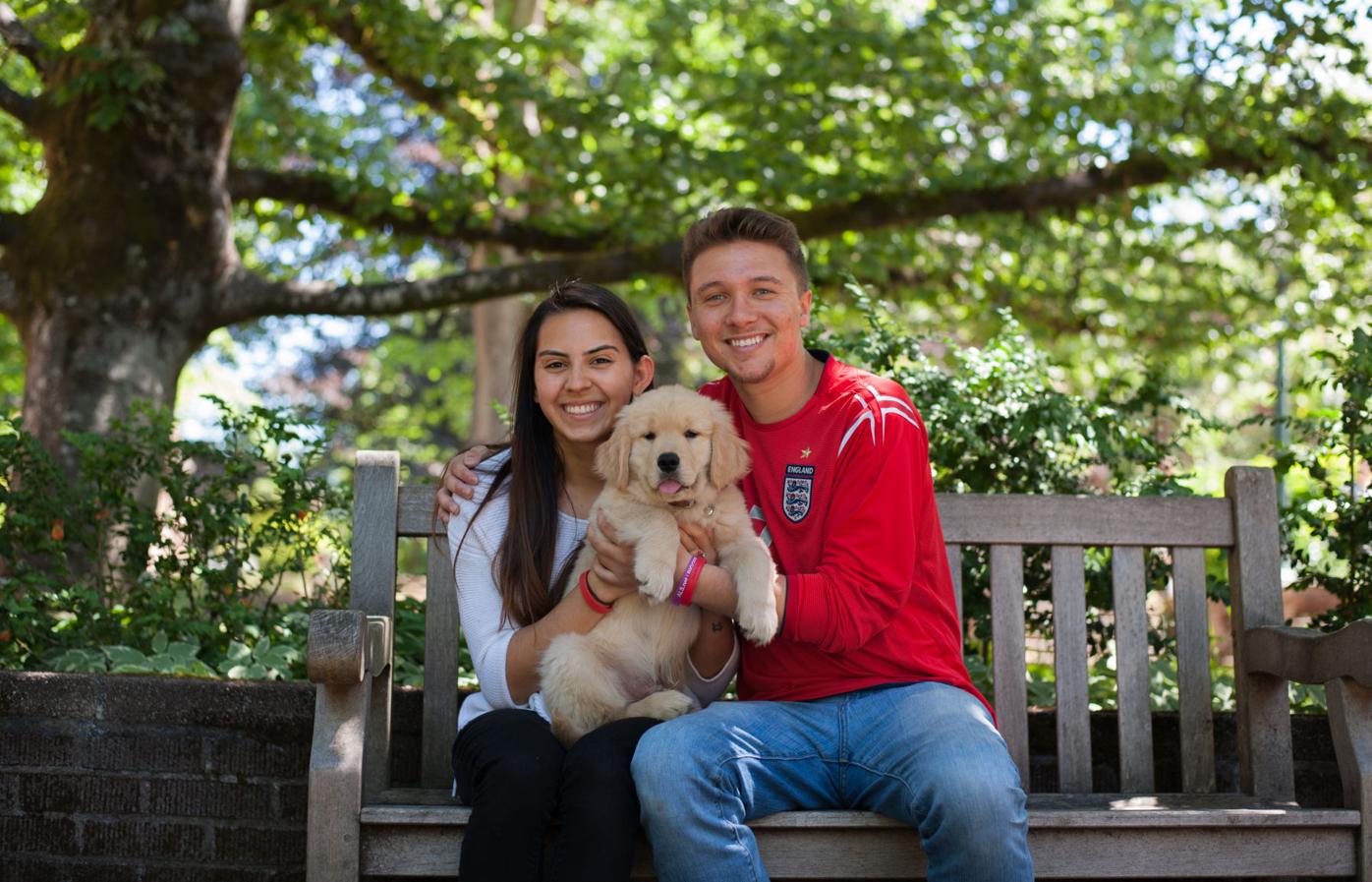 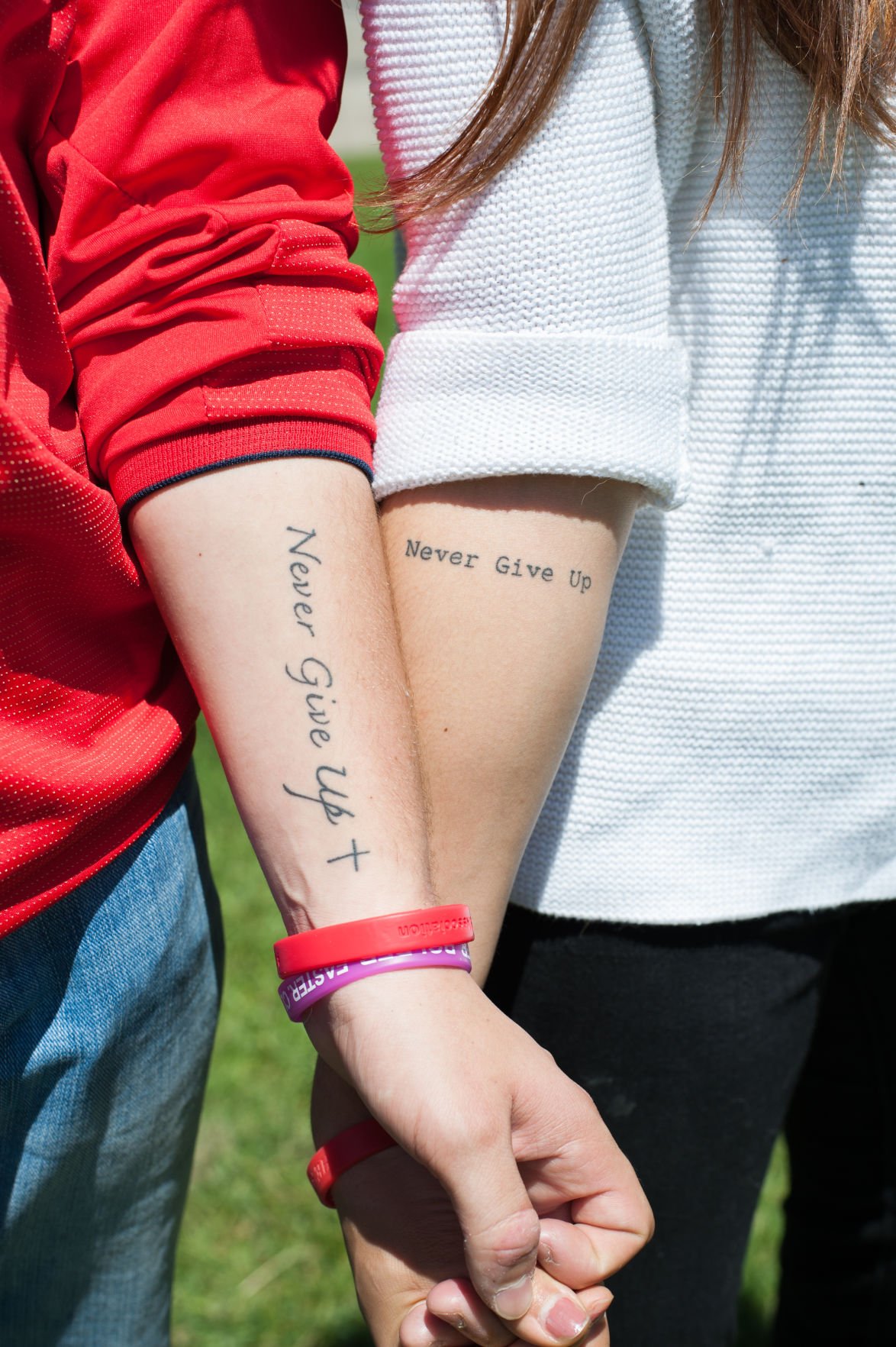 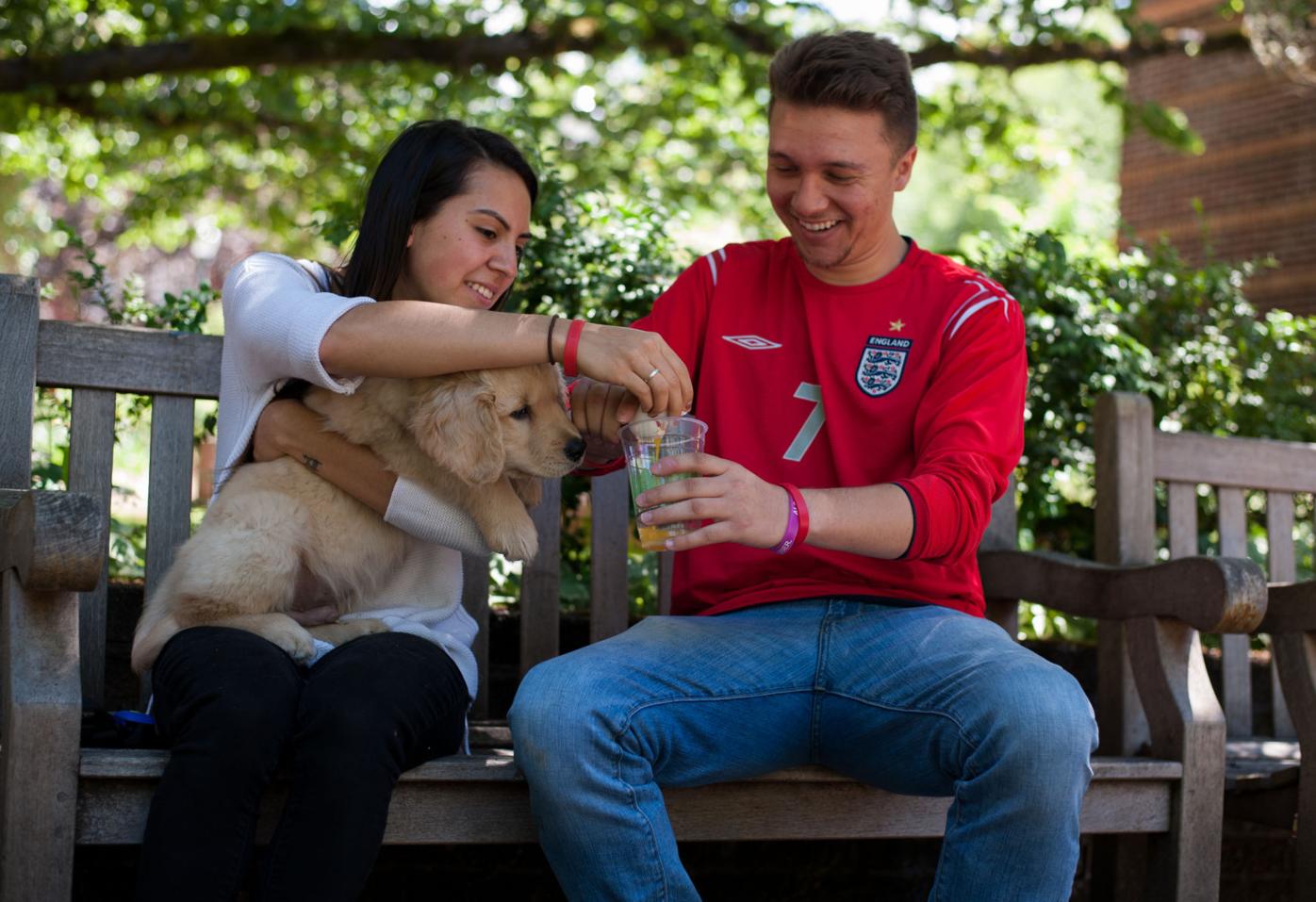 Osiel Mendoza had big plans coming into his senior year at the University of Oregon last fall. Being diagnosed with ALS, and learning that his life expectancy is now approximately two to five years, wasn’t part of them.

A sports-minded business major, the 22-year-old from Martinez, California, has spent three years working for the athletic department as a football ambassador, served as vice president of the Warsaw Sports Business Club and volunteers each summer at the Manning Passing Academy in Louisiana.

In October 2016, he proposed to Bella Gonsalves, his longtime girlfriend. They started dating in eighth grade and have lived together in Eugene for three years since they both decided to attend UO.

Three days after Mendoza proposed, the newly engaged couple skipped class to drive to Salem and meet with doctors. Mendoza had been experiencing weakness and twitching in his muscles, and the doctors had run some blood tests to see what was causing it. That’s when the news came.

At 21, Mendoza was diagnosed with amyotrophic lateral sclerosis, a terminal and rare neurodegenerative disease that affects the brain and spinal cord, eventually causing paralysis. It causes stiff muscles, muscle twitching and weakness, and in its later stages, difficulty speaking and breathing. ALS is commonly called Lou Gehrig’s disease, after the famous Major League Baseball player whose career was cut short by the disease in the 1930s.

ALS currently has no cure, and the average life expectancy for someone diagnosed with the disease is 2-5 years. The rare disease is most common in people aged 50-60. It is almost unheard of to develop it at 21. A small percentage of cases are genetic, but otherwise scientists don’t fully understand what causes it.

“My fiancé and I have had goals and dreams with each other since eighth grade,” Mendoza said. “I want to work in sports and I want to start a family. I still want to carry out those things. But this is unpredictable for me; it’s going to change my life.”

Mendoza has already lost most of the strength in his right foot. It’s hard for him to take notes or written tests as he’s losing strength in his hands, and it’s difficult for him to walk to class. He struggles to brush his teeth and tie his shoes.

For months, Mendoza kept quiet about his diagnosis, telling only close friends and family. He doesn’t want to make people sad or feel bad for him.

But on Monday he went public with his story by launching a fundraising/awareness campaign on social media. Mendoza is hoping to make things better for people with ALS in the future.

“I’ve realized that ALS is a lot bigger than me,” Mendoza said. “It’s an underfunded disease, not an incurable one. Finding a cure for it is the biggest goal I have in my entire life right now.”

Many people have heard of ALS through the “Ice Bucket Challenge” videos that went viral in 2014, but they often don’t understand the severity of the disease, Mendoza says. He wants to educate students and raise money toward finding a cure.

Over the last few months, Mendoza has worked with his fiancé to create his own campaign on the UO campus: #YolkUp4ALS. The campaign launched on Monday with this video.

Like the Ice Bucket Challenge, YolkUp4ALS involves making a video and calling out friends to also take the challenge.

The challenge starts by cracking an egg into a glass and drinking it raw. For the skeptical people, Mendoza emphasized that he’s done his research and it’s perfectly safe, and even healthy, to drink an egg yolk.

The second part involves doing the Ice Bucket Challenge (dumping a bucket of ice water over your head on video) while flexing, or “yolking up.” For each bucket of water dumped, participants donate another $10.

“People with ALS lose their strength, and you can’t work out when you have it. The idea behind this part is to show your strength and support for those living with ALS,” Mendoza said.

After completing the challenge, participants call out four friends, family members or idols to do the same.

All of the donations go to the ALS Therapy Development Institute. ALSTDI is devoted to finding a cure for ALS through scientific research.

Mendoza ended his video by calling out a long list of people from his life to participate in the challenge, including the entire UO student population, along with role models like Steph Curry. A Bay Area native, Mendoza has always been a Warriors fan, even “before all those bandwagoners joined,” he said.

Since Monday, Mendoza’s original Facebook post about the challenge has been shared more than 1100 times, and the video has more than 70,000 views.

Dozens of people have shared videos of themselves taking the challenge, including the team at ALSTDI.

Mendoza and Gonsalves have been amazed by the response so far, but aren’t surprised that it picked up initially.

“Martinez, our home town, is a really small, close knit community,” Gonsalves said. “Once someone finds out about something, it spreads fast.”

Living with a deadly disease

Mendoza began noticing his symptoms in September, when he was working at Dick’s Sporting Goods to save up to buy a ring for his fiancé. He would come home from work, put his legs up and notice that they were twitching, and later started to notice the same issue in his arms.  By the fall he was seeing doctors for tests, and was alarmed when he was weighed at a doctor’s visit and had lost 15 pounds since his last visit two weeks earlier.

He went through blood tests, MRIs and saw neurologists during the first two weeks of October. At that time, he didn’t even know what ALS was.

He proposed to Gonsalves in October, just before being diagnosed.

“To make that next commitment was huge,” Mendoza said. “It was a great time for our families who we’re close with and who have been there every step of the way for us.”

“I asked my doctor what the future would look like for me, and what I would still be able to do. She told me about the statistics and the life expectancy, and I really didn’t know how to respond after that,” Mendoza said.

“I had to call my mom, but I couldn’t really get the words out. I had to hand the phone to the neurologist, who told her.”

The first two months were really tough he says, and it was hard to have a positive outlook on anything. But the support of his fiancé along with listening to music from his favorite artists like Logic and Chance the Rapper has helped him cope with the situation.

In the months since he was diagnosed, Mendoza’s perspective has changed. He focuses more on the present and worries less about small things that used to seem like a big deal.

He’s had to change a lot of plans and switch some things up. Originally, he and Gonsalves had planned to get married in 2018. Now they’re getting married this September.

“I want to be able to walk and dance and enjoy myself at my wedding, so we moved it up.”

Mendoza wants to use his sports background to raise awareness and money toward finding a cure.

“My ultimate dream is to work for the ALS Association or ALSTDI and partner with sports companies, sports teams, organizations and league offices, to promote ALS and generate fundraising through that.”

“Working with Osiel these past three years, the biggest things that stick out to me are his work ethic and how genuine of a person he is,” Rizzi said. “He sees the best in every person, and he’s always been known to step up and stand up for people.”

“Osiel is a very determined, selfless individual. He really wants to make a difference and help people in need. He’s handled this so well because he’s such a positive person, and always has been,” she said.

For now, Mendoza is taking things day-by-day and enjoying the little things, like moments with the people he’s close to.

“How I look at it, is that if I dread everything, and I’m so down about everything, I’m not going to have a happy life for the time that I have remaining. But if I make the most out of every single day, make the most of the moments I have with friends and family and try to make a positive impact on other people’s lives, then one day when I do go, people will remember who I am and hopefully that will have an impact on their life. This disease is scary and unpredictable, but I always hope for the best.”

For those interested in taking the #YolkUP4ALS challenge or donating money toward finding a cure, visit als.net/osiel.