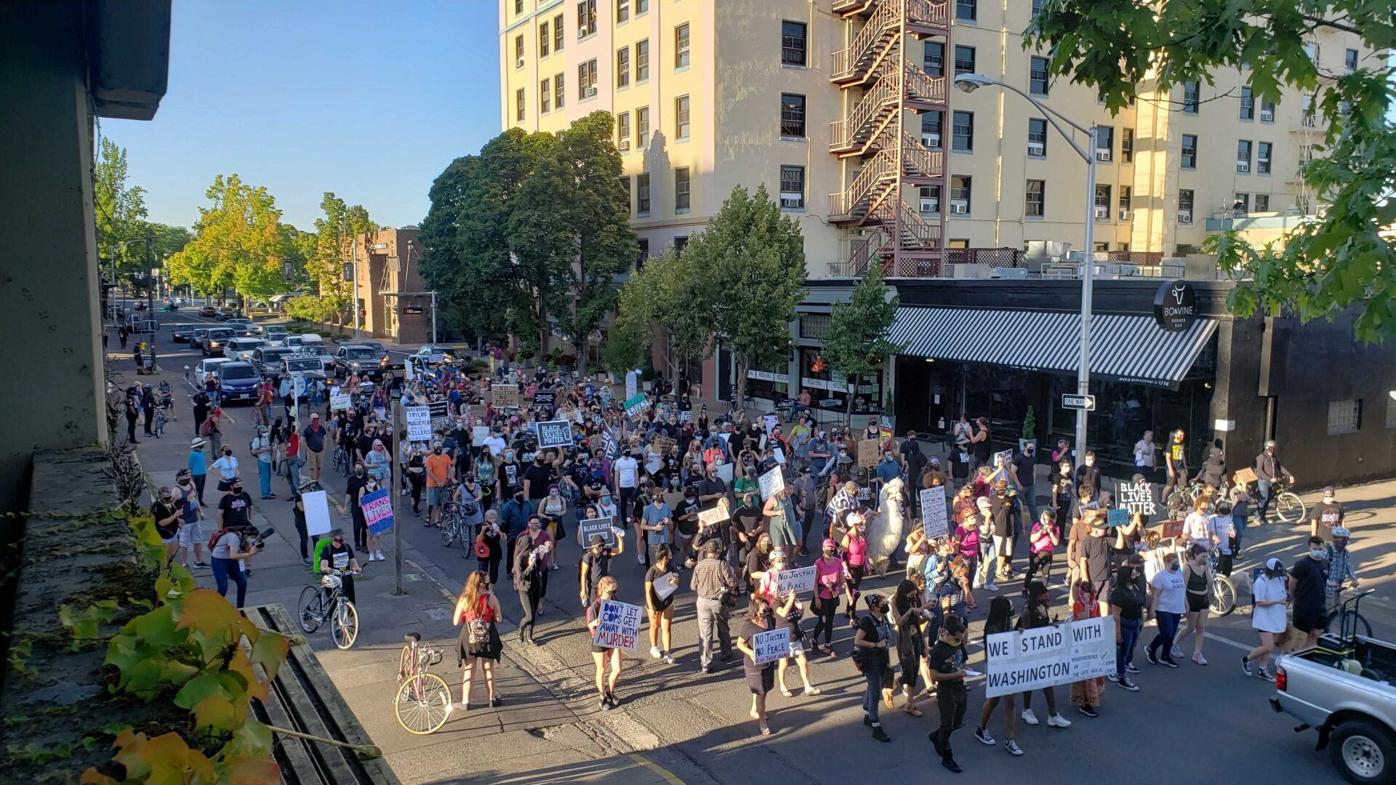 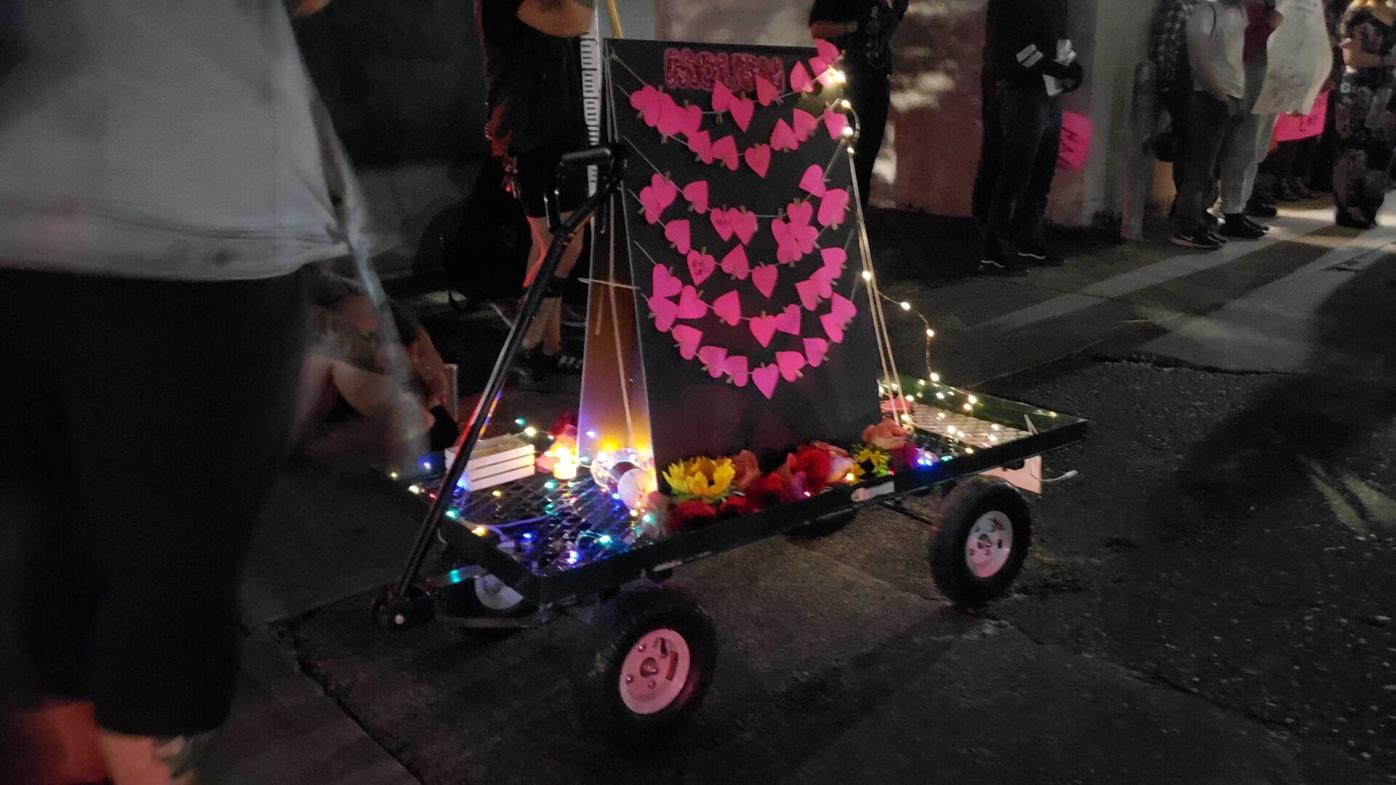 Marchers wheeled an alter dedicated to those who have died from drug overdose during march on Aug. 31. (James Croxton/Daily Emerald) 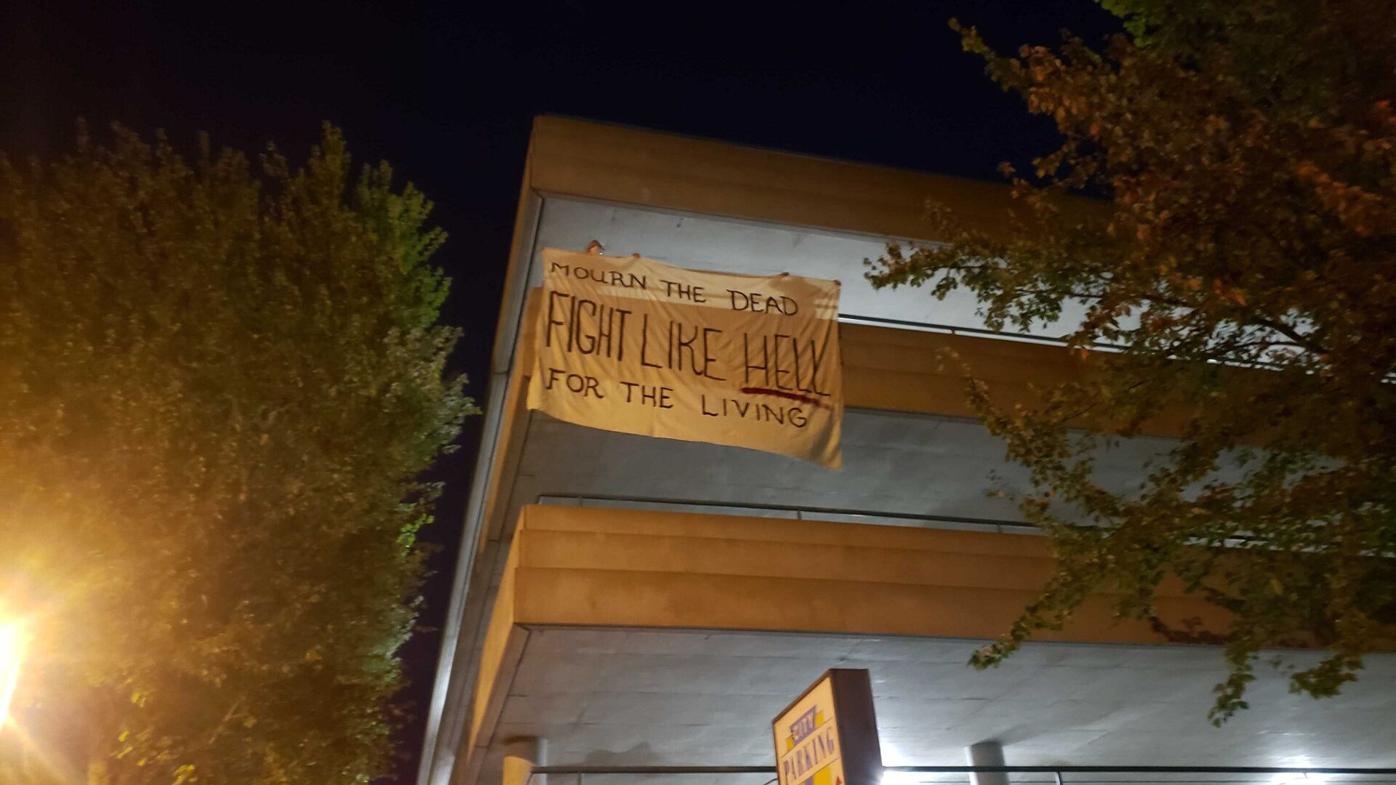 Attendees held a banner from a parking garage during an Aug. 31 protest. (James Croxton/Daily Emerald) 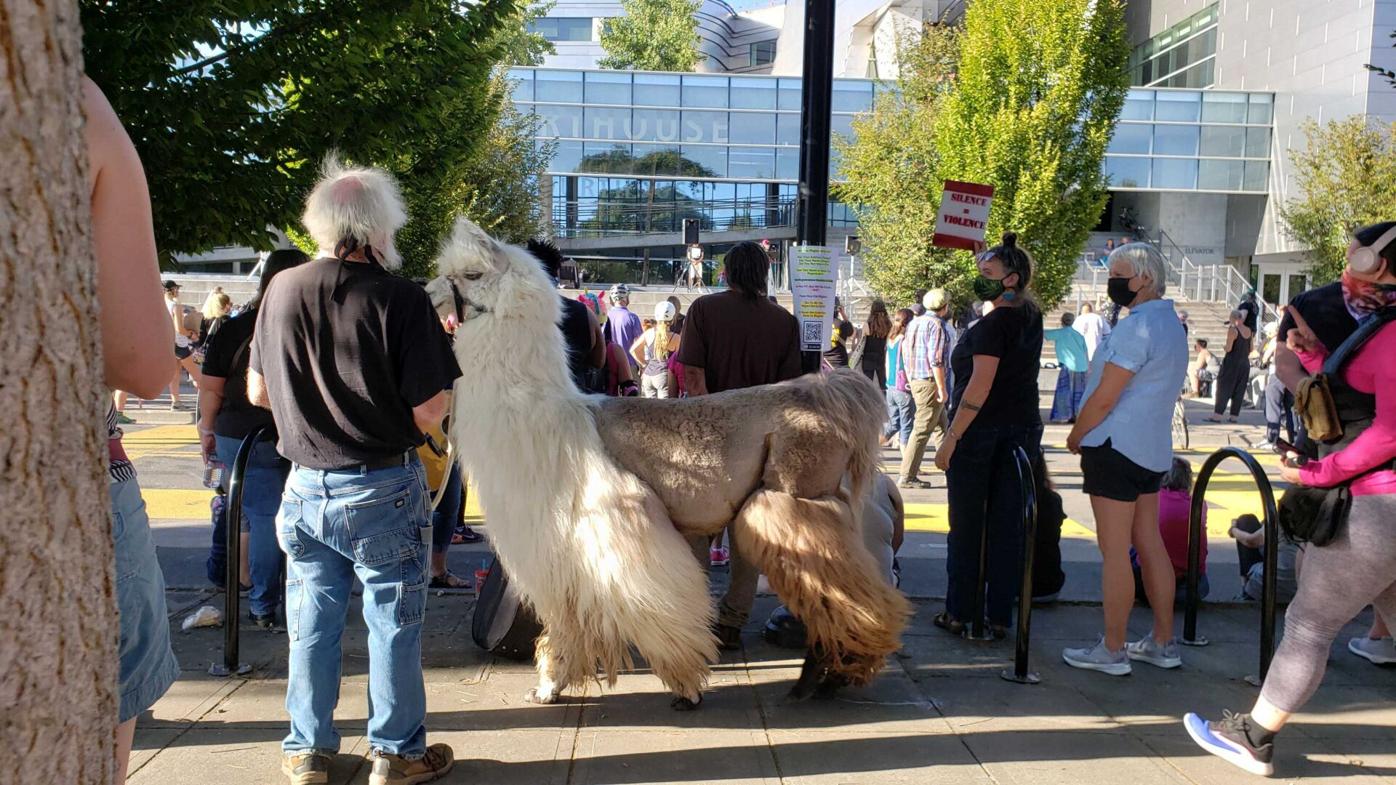 Therapy llama Caesar the No Drama Llama and his owner Larry McCool, known for being on the front lines of protests in Portland, attended the Aug. 28 rally. (James Croxton/Daily Emerald)

Approximately 350 people gathered. Therapy llama Caesar the No Drama Llama and his owner Larry McCool, known for being on the front lines of protests in Portland, attended the rally in front of the courthouse steps. Prior to marching, the crowd listened to speeches from the podium by local activists within the community.

About 80 minutes later, the march began. Soon after, a man confronted the group yelling, “I am the product, I am Black, white, and Hispanic.” The Wall of Moms encircled him.

Just after 7 p.m., McDonagh announced to the march that “42” and “Black Panther” star Chadwick Boseman had passed away from colon cancer at age 43.

The crowd marched back to the federal courthouse and the event formally ended at 8:30 p.m.

The few dozen people that attended listened to speeches and watched a lesson on how to administer Narcan — the lifesaving drug administered to save those overdosing from an opioid. Organizers provided the overdose-stopping drug for free at the event.

Around 8:30 p.m., the crowd began marching, taking with them an altar of candles and names of those lost to overdose on a cart. They marched to the Lane County Health and Human Services Building, where methadone treatment is available.

There, a BLC speaker spoke about how the building is intentionally nondescript to detract from people actually using the services provided there.

After the speech ended at 9:30 p.m., some attendees left candles and signs as another altar before marching back to the park where the event ended.

James is on the news desk where he focuses on protest reporting. Outside of reporting for the Daily Emerald, he is a former reporter and copy editor at LCC's The Torch, has contributed to KISS vinyl guides as a collector and is a vintage vinyl dealer.