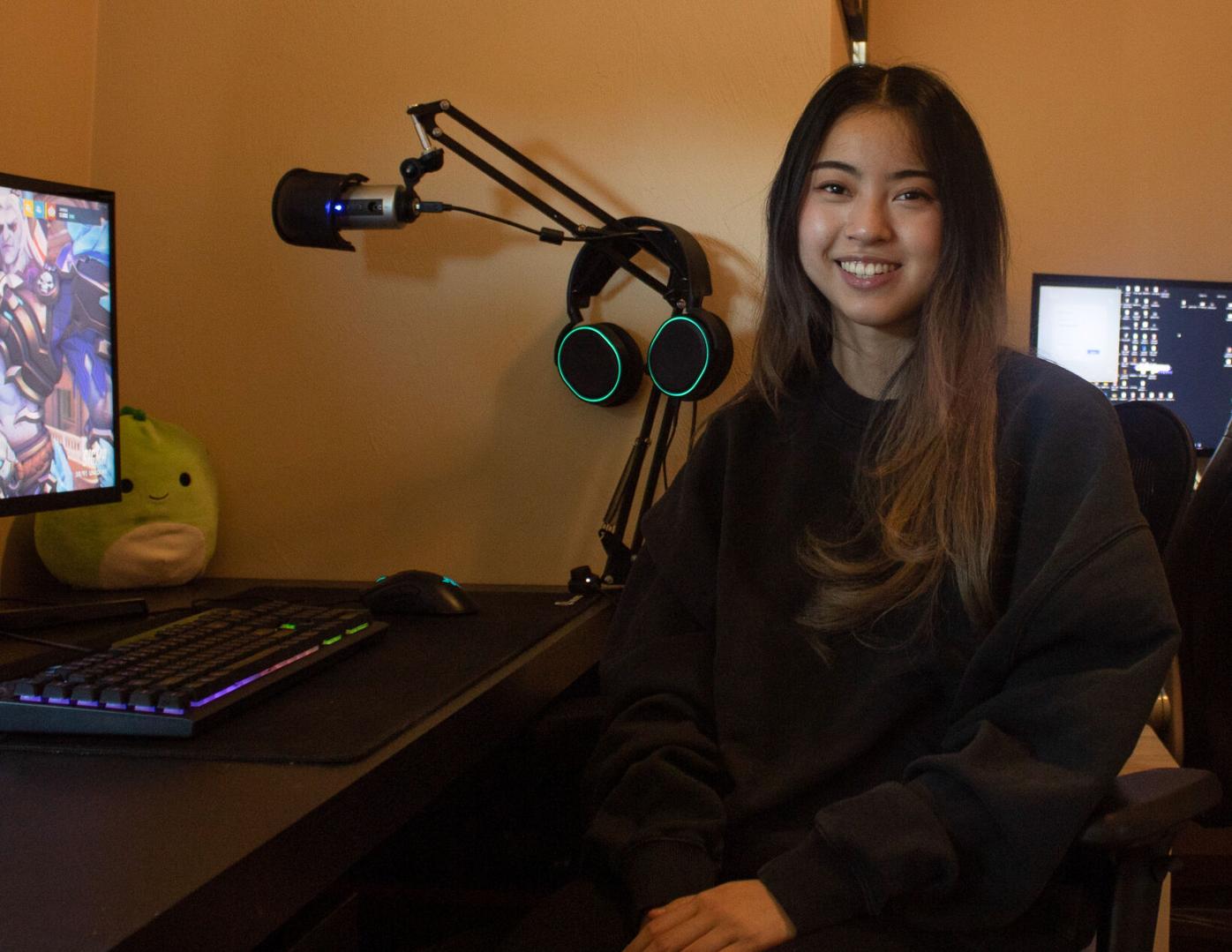 Anna Nguyen, one of the only two female players in the University of Oregon’s esports program, says she’s experienced the gaming community’s toxicity firsthand and has also heard experiences from other women. Nguyen believes the anonymity that’s available to people when playing with strangers online is a prominent reason for this. “I think a big part of why people are toxic toward women in gaming and also online in general is because they don’t need to put their reputation on the line or worry about suffering the consequences,” Nguyen says. 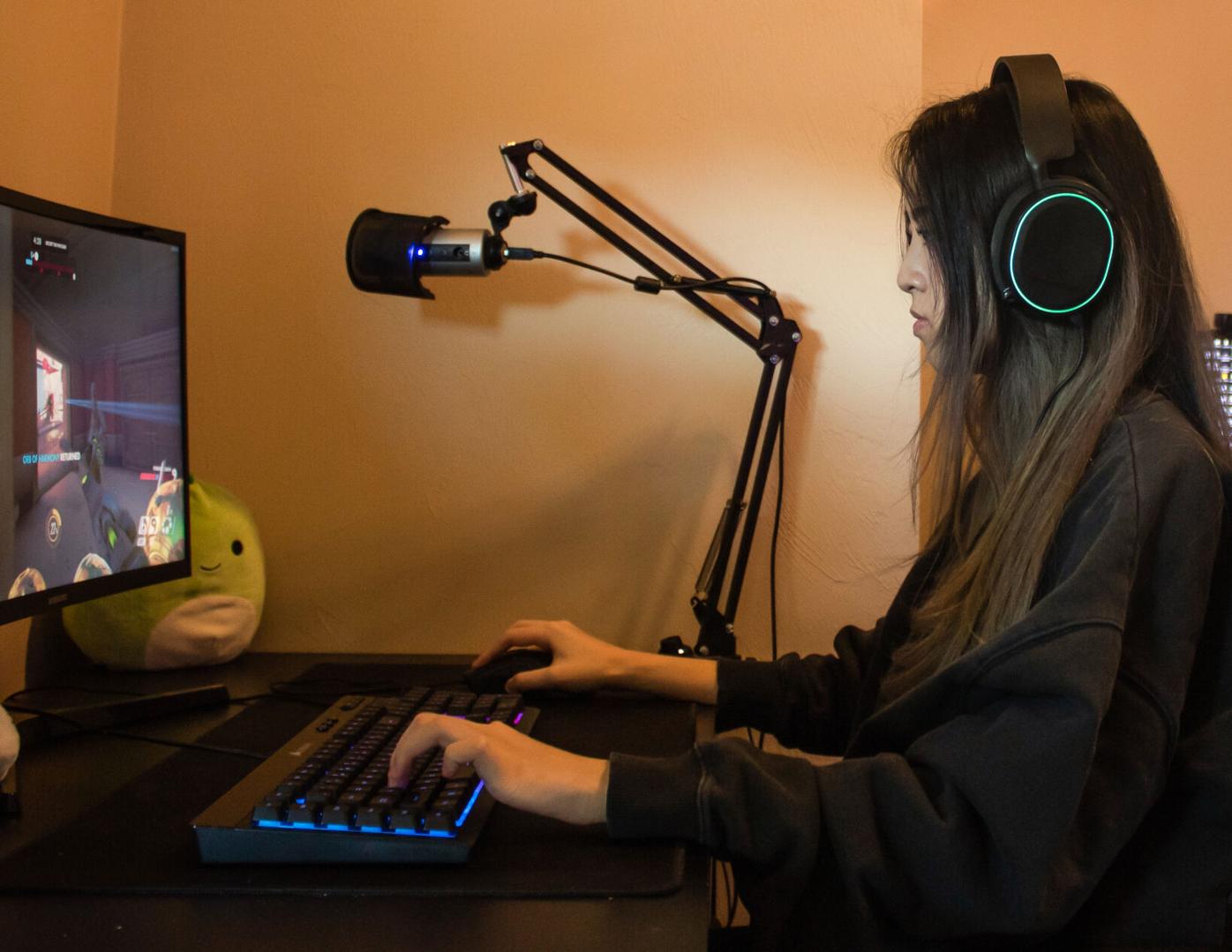 To avoid receiving sexist comments and harassment while playing, Nguyen will sometimes use an account with a gender neutral name instead of her account named Anna. “When I’m on my alternate account with my neutral name, no one talks to [me]. Everyone communicates with you regarding stuff that’s happening in the games, and don’t really harass you that much,” Nguyen says. 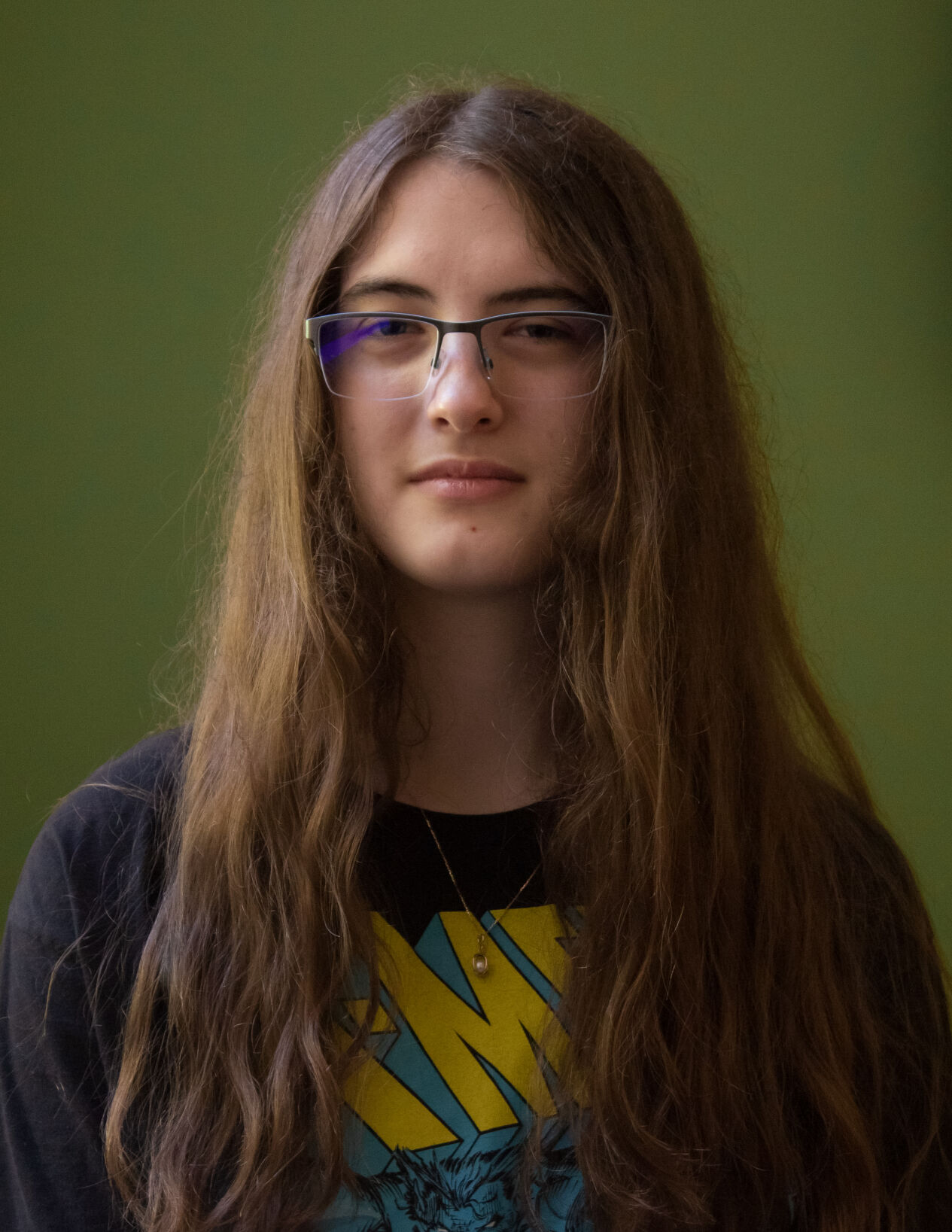 Leyla Gillett is the only female esports player, other than Nguyen, for the University of Oregon, and they’re also both on the Overwatch team. “In Overwatch especially, people always expect females to play the support role and to play one certain character in the support role,” Gillett says. “But I don’t want to talk in the game and reinforce that stereotype that all girls want to play this one character.” 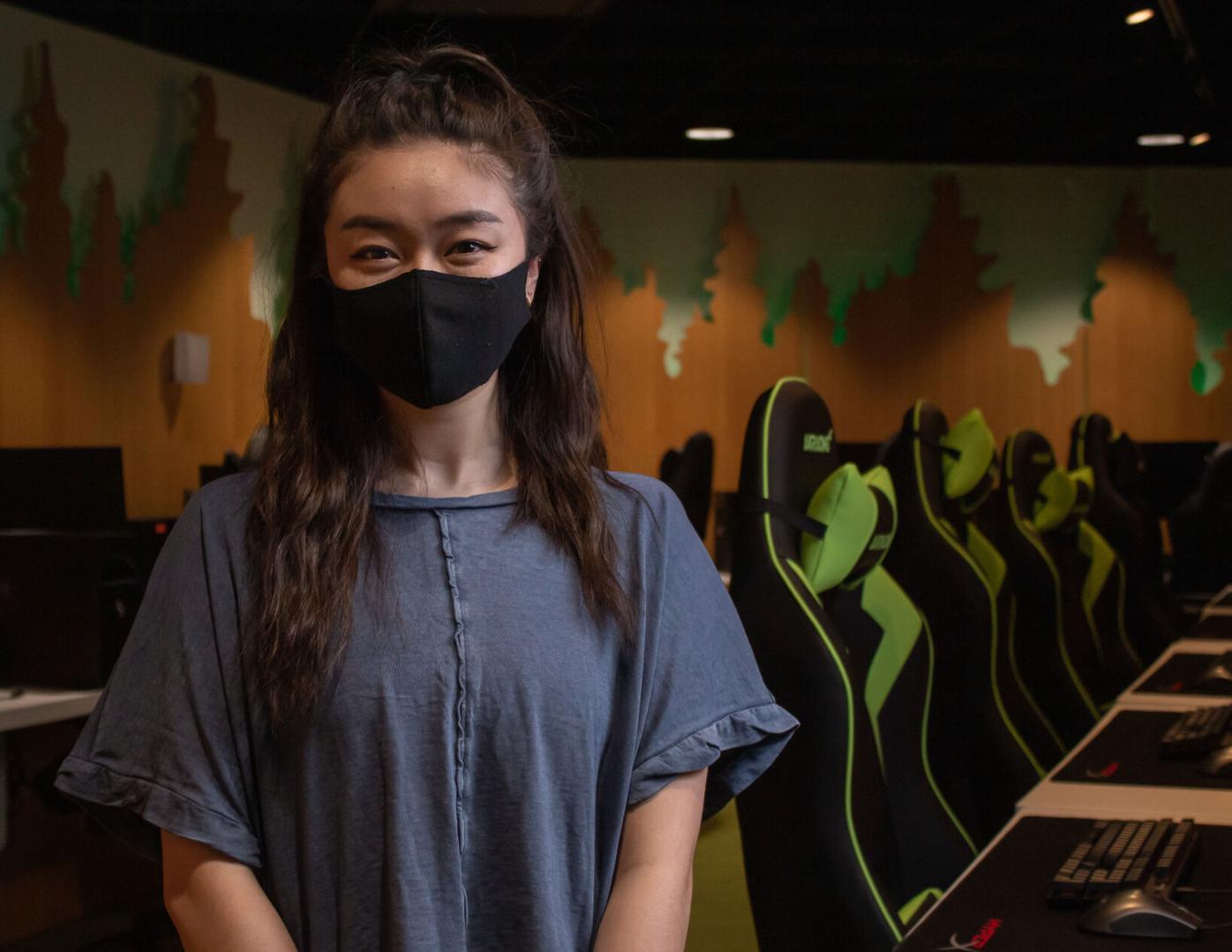 Kim Ha, the Esports Lounge Manager at the University of Oregon, found a welcoming community of other UO students after joining a Discord server in February 2020. Ha became the Esports Lounge Manager through these connections. However, Ha’s hobby of playing video games isn’t always approved of. “As a girl I’m told you should never speak loudly, you should never play games, you shouldn’t be a tomboy,” Ha says. 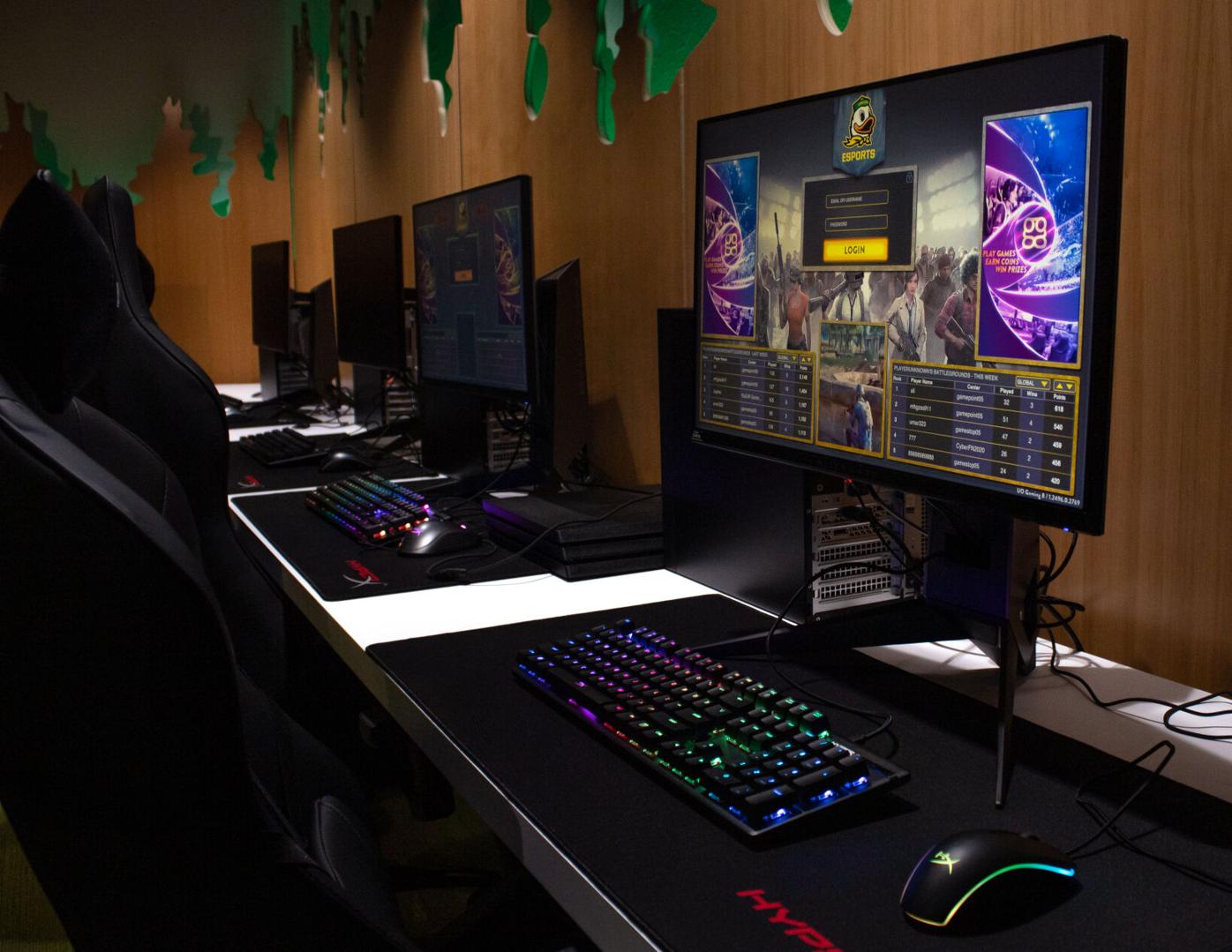 Anna Nguyen was enjoying a casual conversation at a small gathering during her sophomore year. The apartment living room bustled with people chatting among themselves, and Nguyen was off to the side with an acquaintance of her boyfriend. As the two started to get to know one another, the conversation turned to the topic of Overwatch, a popular video game she was very familiar with. Nguyen was a Mercy main, a support hero in Overwatch who can heal, strengthen, and resurrect her teammates.

“What heroes do you play?” he asked.

Nguyen says she was taken aback by the judgment in his voice. She was used to hearing these kinds of comments in anonymous multiplayer lobbies about how women stereotypically play support characters, but nobody had ever made a comment like that to her face.

Nguyen says it felt like he was trying to discredit her achievements, but she ultimately brushed it off. Nguyen is a Grandmaster, a rank only the top one percent of players can achieve in Overwatch. As a varsity esports player for the University of Oregon, she didn’t take his comments too seriously.

“I try not to take it to heart because I’m probably way better than him at Overwatch, and I don’t need male validation,” Nguyen says.

According to an article by Statistica, women make up 41 percent of all gamers in the United States. Although women make up nearly half of all gamers, the esports teams at the professional and collegiate levels are still male-dominated. Of the University of Oregon's 46 esports players, junior Anna Nguyen and freshman Leyla Gillett are the only women.

Women are underrepresented in esports because they face many barriers to entry, such as gender roles and misogyny. By breaking down these barriers, esports programs like the one at the University of Oregon can make strides to welcome more women in this male-dominated environment.

A common stereotype against female gamers attributes their skill to their gender. But research suggests that there are no biological factors that contribute to which sex is better at video games. According to a 2015 study published in Sage Journals, female players accrue skills at the same rate as males in competitive games like League of Legends.

However, the study also shows that gender roles can deter women from choosing to play first-person shooter games. Amanda Cote, assistant professor of Media Studies and Game Studies at the University of Oregon, says gender norms “associate competition or computing and technology with masculinity.” She says the industry has a long history of manufacturing video games to appeal to men and stereotypically masculine interests, specifically within the first-person shooter genre.

“Don’t be fooled by the ‘half of all gamers are now women’ statistic. While that is true, the dispersal of male and female gamers remains deeply unequal, especially in popular esports genres like shooters,” Cote says.

According to Quantic Foundry, a market research company studying gamer motivation, women tend to dominate genres that are not normally played competitively. Genres like match-three, where players match the same icons in a row, like Candy Crush, and farm or family simulators, such as Animal Crossing, have the highest percentage of female gamers. According to Quantic Foundry, women make up 69 percent of the match-three player base.

The study found that for first-person shooter and tactical-shooter games, women account for only seven percent and four percent of those player bases. Because genres like first-person shooters are male-dominated, women often face sexual harassment while playing.

“Female players who engage in more ‘hardcore’ video game spaces, such as esports, are often seen as unusual or out of place,” Cote says. “As a result, they can face both direct harassment and more subtle forms of exclusion.”

In first-person shooter games, players typically play in randomly generated groups. Their ranks increase as they win, so communication and cooperation are highly valued. Teammates need to relay information to each other to stay on track for success.  However, for female gamers, turning on their microphone can lead to uncomfortable interactions with other players.

“When people realize that you’re a female who’s gaming, you gain a lot of unwanted attention,” says Leyla Gillett, the freshman Overwatch esports player. “People tend to focus more on you being female and not what you have to offer to the game.”

Kim Ha, the esports lounge manager in the Erb Memorial Union, regularly plays first-person shooter games. Although Ha has been playing these games for a while, she says she often doesn’t use her microphone if she isn’t playing with close friends.

“There are some moments where they would figure out I’m a girl and say things like ‘girls shouldn’t game,’ and ‘you’re so bad,’ or ‘you’re so trash.’ They’ve said some really brutal things that have hurt me,” Ha says. “That’s why with some games, I don’t enjoy playing on my own because the community itself is not fun to be around when you’re a girl.”

Nguyen says she even has two Overwatch profiles: one with ‘Anna’ as her username and one gender-neutral username. Although Nguyen says she plays both accounts equally, players treat her first name account differently from her gender-neutral one. With her ‘Anna’ profile, people make comments toward her unprovoked. Other players will tell Nguyen she’s bad because she’s a girl, or they will make flirtatious comments and act overly friendly.

During winter term, the varsity Overwatch team played a competitive scrimmage against another team through a match-making Discord server, a popular communication application among gamers. One of the opponents started excessively complimenting Nguyen on her abilities in the public chat, where everyone on both teams could see.

Nguyen says she felt amused by the situation, and Gillett described the ordeal as bizarre.

Shea Stevens, team manager and player on the Overwatch team, says he and the other members shut down the other player by telling the individual that Anna was one of their girlfriend’s names. Ultimately, Stevens says he told the player to stop.

“Typically in scrimmages that doesn’t happen, but I don't know. Some weirdo saw her username was Anna and started being like ‘wow, you’re so good at the game,’ and I was like ‘no, we’re cutting this off right now,’” Stevens says.

According to Gillett, creating a tight-knit community has been essential to creating an inviting environment for the university’s esports program — surrounding herself with people she wants to play and communicate openly with makes her gaming experience much better.

The University of Oregon’s esports Discord server has laid the groundwork for creating a positive gaming community for varsity and casual players. Matt Rados, the community manager of the Discord server, says it has been a great place for current and incoming students to meet people with similar interests.

“We see people constantly in the ‘Future Ducks’ channel making plans to meet up with each other when they get here, talking or just asking for help,” Rados says.

Gillett says her teammates trust each other enough to voice their frustrations to each other. She says that if one of her teammates opens up about feeling upset about their performance, the whole team comes together to encourage each other to keep trying.

“It’s really nice to queue into these competitive matches with my team,” Gillett says. “Not only are we team bonding, we’re gaming together outside of scrimmages. Also, if someone says something to me or Anna, it’s not just me by myself.”