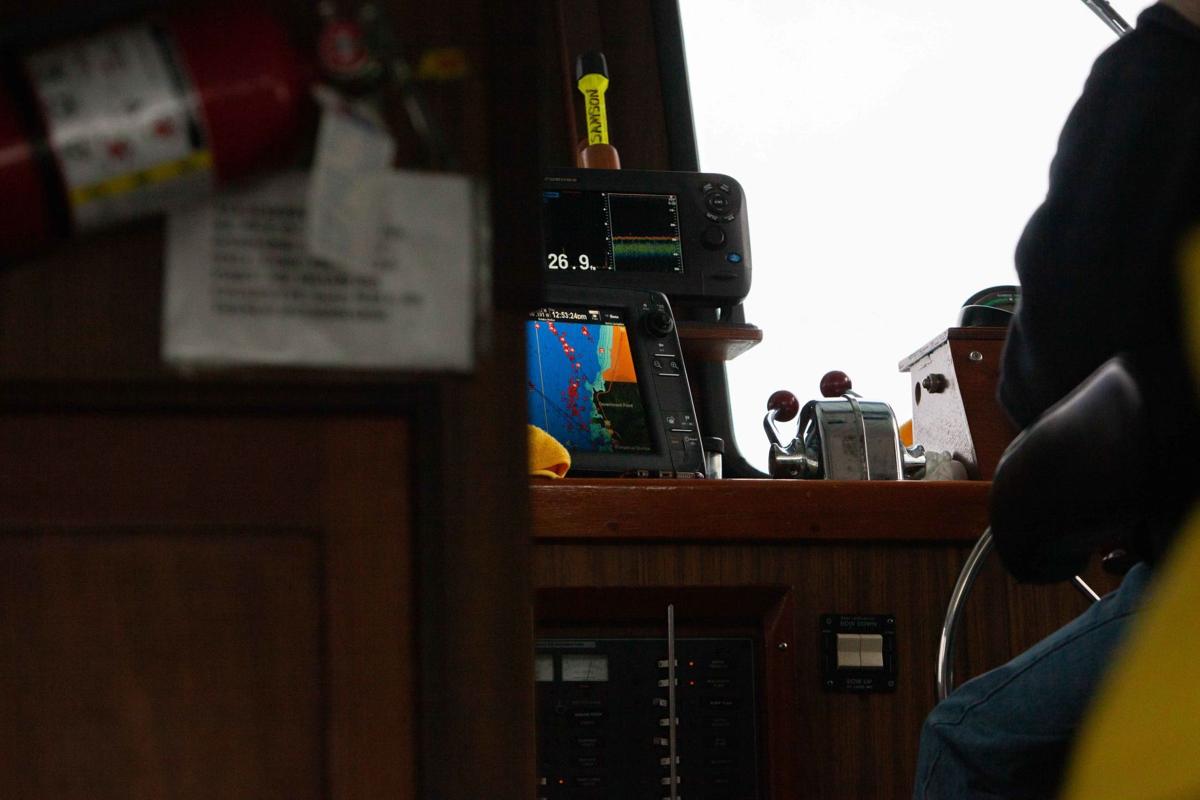 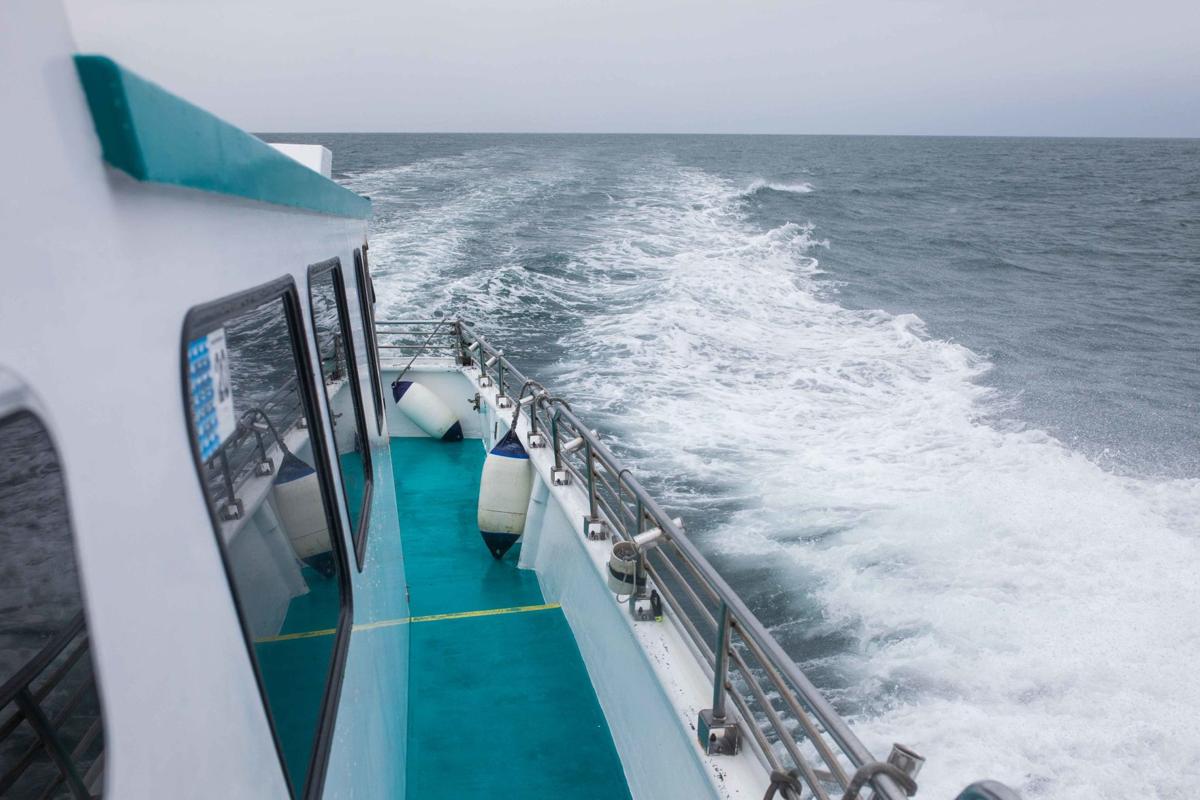 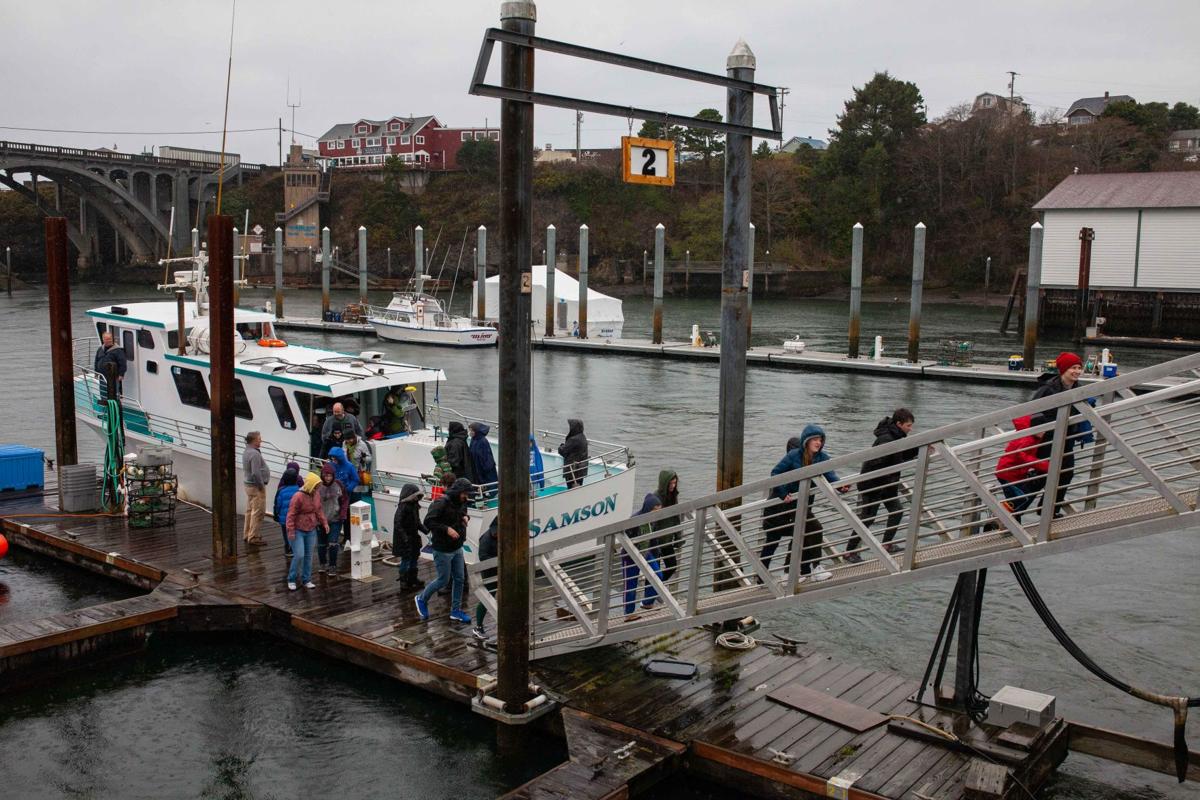 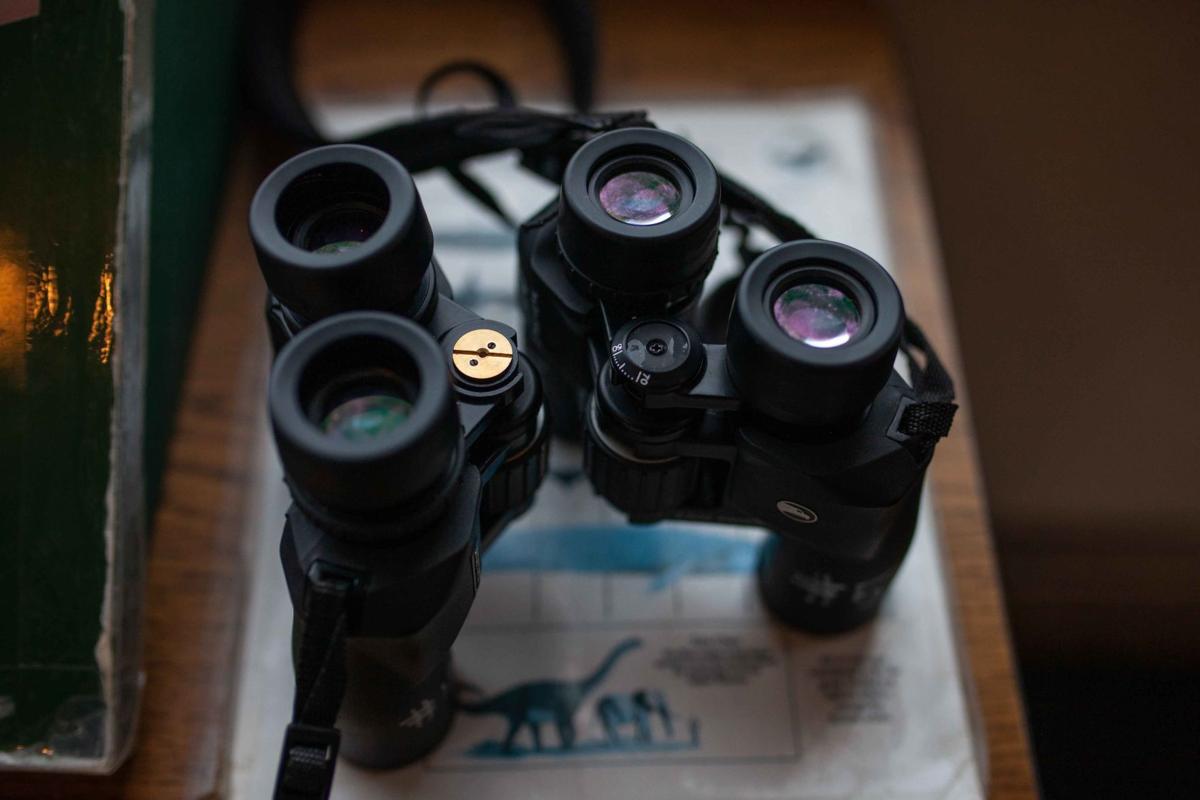 “The world’s smallest harbor,” reads the sign on the Depoe Bay bridge. Below, there's a path to the wide Pacific Ocean, through which boats filled with tourists leave every hour to see at least one out of the 20,000 gray whales that are migrating from Baja California, Mexico, to AlaskaIt is whale watching week.

On the edge of the ocean, above the rocks that separate land from ocean, the Depoe Bay Whale Watching Center is the first destination for the visitors. It has big windows that face the ocean, binoculars, maps, real whale bones and staff - Oregon State Parks and Recreation rangers and volunteers.

In order to become volunteers, candidates apply for the Whale Watching Spoken Here program. It was created in 1978 with an emphasis on the human contact between volunteers and visitors and this year there are 300 volunteers scattered throughout the Oregon coast in state parks for spring whale watching week. Due to the 1967 Beach Bill, which makes most of the coastline public area, the OPRD is able to establish multiple Whale Watching Spoken Here spots, with at least one volunteer present from 10 a.m. until 1 p.m., from Harris Beach until Fort Stevens State Park. At the Depoe Bay Whale Watching Center, however, volunteers stay until 4 p.m.

Everything has its function at the center. People use public binoculars to look in the distance; others make surprised faces when seeing the size of real whale bones scattered around the room. But more than objects or infrastructure, the staff has the most important task of all – connecting gray whales with humans in a safe and natural way.

For volunteers, this connection is the greatest allure to be on the coast during migration.

“It's much more powerful in terms of people making connections with nature,” says Brian R. Smith, Multnomah County’s Purchasing Manager and former volunteer. According to him, as people move into cities, it's easy to forget about the nature around.

Current volunteers Laureen and George Metzeler have always been in contact with nature. Coming from south central Idaho, Laureen grew up around animals, but whales stand out to her. As a retired teacher, she says she's got this fascination for whales from her elementary school students who were amazed by big animals. Now, she is in direct contact with them, being separated by a glass wall and a few miles of water.

Laureen is proactive. She grabs the binoculars to looks at the water if there's a sign of a whale and is always talking to visitors as if they knew each other. Through good humor and friendliness, Laureen is a safe haven for tourists who don't know what to look for, which makes her and volunteers essential for the OPRD's whale watching week.

Having whales so close is also fascinating for Smith. "I think they're amazing creatures, and the fact that they're so close to them and that they exist right with us," he said, "it's the amazing power of nature."

Smith is at the Whale Watching Center as a visitor, but he was a volunteer for five years. According to him, the program designed for volunteer training is excellent. “First of all, it's volunteer driven, so it's real people talking to real people,” said Smith, "and I think the ability of nature interpretation takes some practice."

Laureen and George have been volunteering for the Whale Watching Spoken Here every year since they retired three years ago. They drive from Idaho in their RV and stay in the Oregon coast throughout the migration period, from March to May. Though they are not paid, the OPRD provides the couple with a spot at Beverly Beach State Park.

In Depoe Bay, the Whale Watching Center has been open for 20 minutes and already has visitors. Close to shore, three spouts, one after another, signaling to tourists that there is a whale, or more, possibly eating the shrimp species that is their food source in Oregon.

So far on the spring whale watching week, the volunteers have counted 1,500 visitors on a daily basis. Some days the whales don’t show out as much, other days the visitors can spot them everywhere.

The weather is also a decisive factor. According to Luke Parsons, Oregon State Parks and Recreation ranger and Whale Watching Spoken Here coordinator, it is easier to see a whale when the sea is calm and the sun is out. But even when conditions are not ideal, the center is still busy with visitors trying their luck to see a gray whale nearby.

Besides helping visitors see where the whales are in the ocean view, their job is also making sure people understand them and connect with them in order to make the experience unique, according Luke Parsons. The key, he says, is to make volunteers think as if they were seeing gray whales for the first time.

“Whenever you see a whale for the first time, it’s something that you never forget,” says Parsons, who’s been working with whale watching for five years.

At the center, he is the one volunteers turn to in case they need help. Parsons is quick in spotting whales, redirecting the camera that streams live on YouTube and giving out every information there is to know about whales. He looks for a sign of a whale spout, talks to George and Laureen and keeps communicating with other volunteers in different locations.

The environment at the Depoe Bay Whale Watching Center is full of expectation. With most faces turned to the ocean, people gasp at amazement everytime there is a spout. It is as if there is something uncharted in the ocean, a mysterious creature that is only seen on television or at an amusement park. There, by the wilderness of the Pacific Ocean, the whales are in their natural habitat, having their seasonal whale parade.

Even for volunteers who have to work, being part of this moment is special and, according to George, fun. "We worked hard our entire lives, it's time to have some fun," he said. "We wouldn't be here if this wasn't fun."

According to the National Oceanic and Atmospheric Administration, the gray whales are the mammals who travel the longest miles year-long – approximately 10,000 miles round-trip - and during spring whale watching week, about 10 whales per hour pass by the shore of Depoe Bay. Some with calves, some alone.

The gray whales are 40-foot long, weigh approximately 90,000 pounds and look like a rock due to parasites and other organisms that are on their snouts.

During winter, gray whales go southbound to the warm waters of Mexico to have their calves. While they migrate south, they also pass through the Oregon coast. The OPRD also organizes a winter whale watching week during Christmas break, but according to Parsons, last year's weather proved to be a fiasco, as no whales were spotted. Nonetheless, he says, they did migrate and are on their way back now.

Twice a year, the OPRD organizes whale watching weeks. In the winter, when the gray whales are going to Mexico to have calves and in the spring, when they go back to Alaska to eat along with their newborns.

The reason for the long travel is to breed and give birth in the warm waters. When calves are born, they have to develop a coat of fat that will keep them protected in the Arctic ocean. Therefore, if the gray whales had the newborns in Alaska or even Oregon, the calves would barely survive the first months. But when the young whales are strong and developed enough, the whales go back north to search for food.

In Oregon, these whales who haven't ate in months since they migrated in the winter, eat Mysid shrimp, which only grow and develop in colder waters, like Oregon's. The problem is, according to Parsons, these shrimps are temperature sensitive, and within 10 years with climate change effects, the population of shrimp can decrease, and so can the number of gray whales.

According to a 2012 study conducted by the Annual Review of Marine Science, the decrease in plankton in the Arctic can have affect marine life, including gray whales, in decisive ways.

“Biological responses to climate forcing can occur at multiple levels in the marine food web: lower trophic plankton are intimately connected to atmospheric and seawater changes, which can cascade to successive levels in the food web and ecosystem in both predictable ways (e.g., changing growth rates and trophic interactions) and nonlinear ways (e.g., change in life history and predator-prey events),” read the study.

In other words, according to Parsons, with the ocean temperatures getting warm, the gray whales' population may be affected. They were almost extinct by predatory whaling in Mexico 40 years ago, he said. Though gray whales are currently protected by international law, climate change might present another challenge and possible threat for the whale parade.

Renata is a U.S.-based Brazilian journalist and Editor-in-Chief of Ethos Magazine. She writes about business and people. Renata has bylines in the Daily Emerald, Época Negócios and What's New in Publishing.