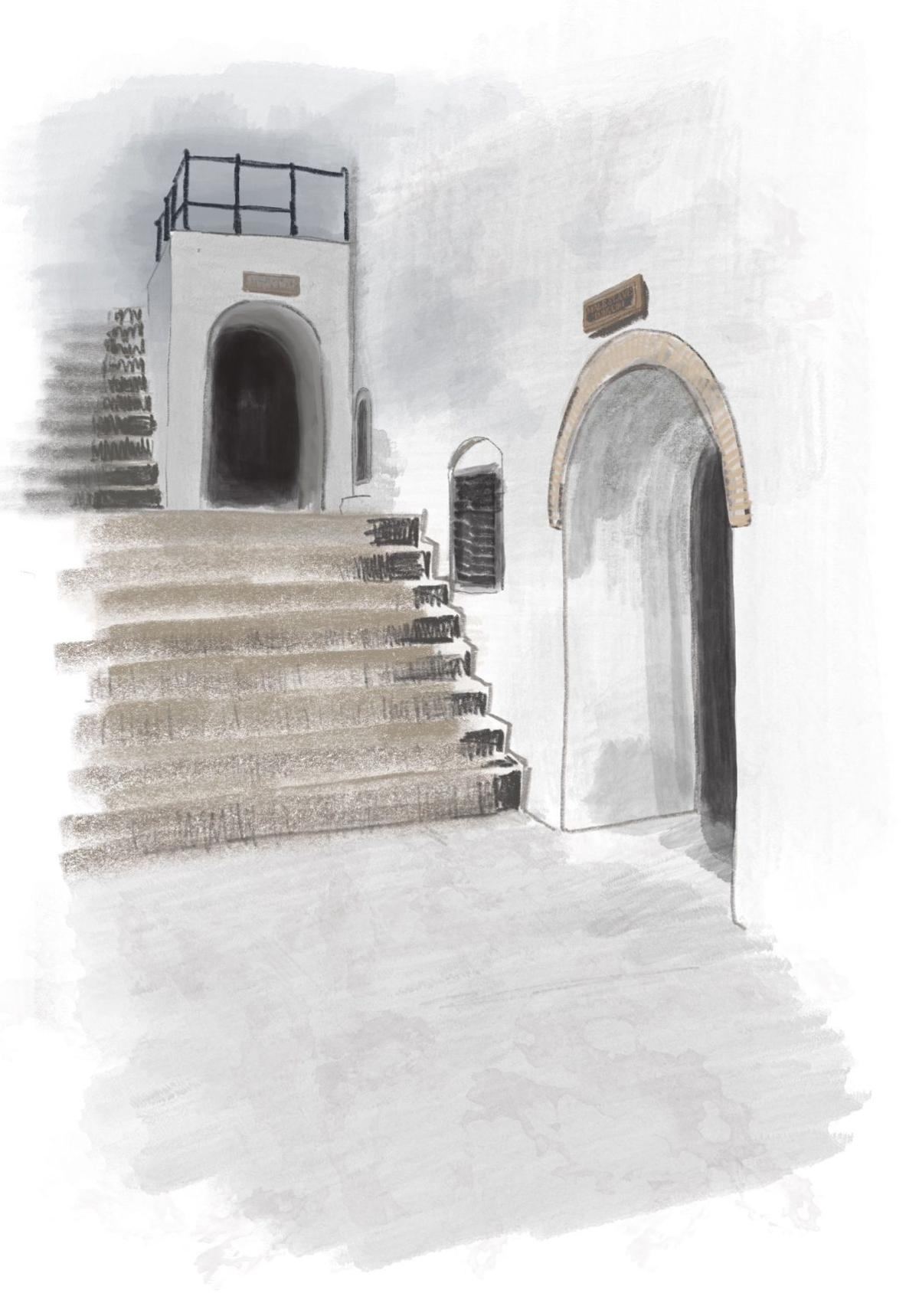 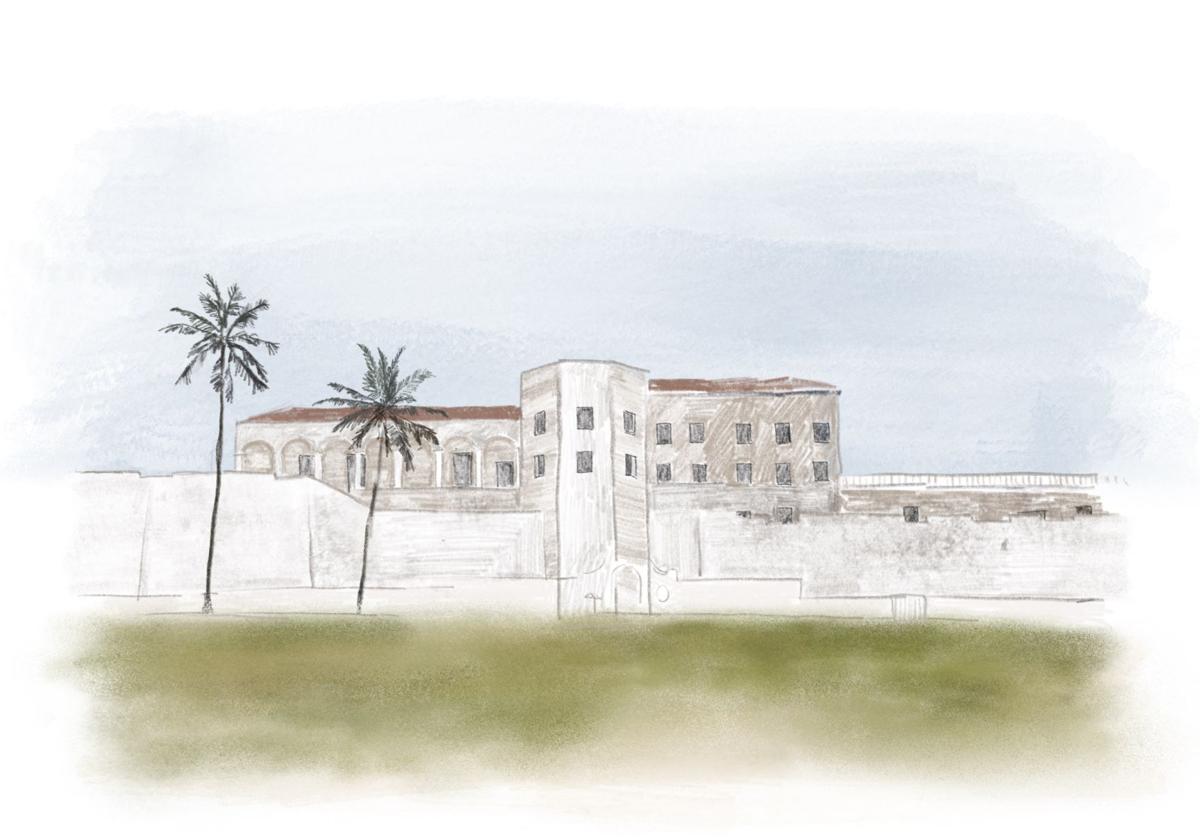 Is but the cinders

From the stuffy window seat of our bus, I noticed it peeking through the trees: a large white fortress, atop a giant hill, overlooking the Atlantic Ocean. I wondered if that was it — Elmina Castle, the slave castle we’d been heading towards for five hours.

Originally built as the first trading post on the coast of Guinea, Elmina Castle is the oldest European building south of the Sahara. Construction began in 1482 and continued through 1486. By the seventeenth century, Elmina castle would become a pivotal stop along the route of the transatlantic slave trade, where upwards of 12 million Africans were shipped across the Atlantic over a span of 400 years.

Today, Elmina Castle is one of more than 25 stone structures acting as testaments to the slave trade that stretched across the Gulf of Guinea to the Americas from the 1500s to the late 1800s. Perhaps no other coastline in West Africa carries more scars of history.

Countless Africans from the diaspora have traced their ancestry to one of these castles. The Ghanaian government even created a marketing campaign called “The Year of the Return” in 2019 to acknowledge the 400-year anniversary of when the transatlantic slave trade began, encouraging the diaspora to retrace their roots and return to the continent for the first time.

We’d arrived in Ghana a week prior to the visit as part Media in Ghana, a study abroad program through the University of Oregon. The Year of the Return campaign had been a coincidence. As a white man, I wasn’t returning; I was visiting for the first time. I understood the atrocities of the African slave trade in an abstract way. Western education hadn’t taught me much about Africa. I didn’t feel connected to anything or anyone around me. I couldn’t truly empathize, but I thought I could; that same way we all think we can when sitting royally on an air conditioned bus.

Mercedes Wright, the only black woman on our study abroad trip, was having a markedly different experience. We’d woken up at 5 a.m. for the six-hour bus ride. It had been long and exhausting, and Wright slept for part of the way. As we drove closer, Wright’s heart began to sink. She hadn't expected it — but it felt like she was trespassing.

“I didn’t know what it was going to feel like,” Wright says. “But I think when we started traveling up the hill, and I could see the castle, it all kind of hit me.”

Wright grew up in Seattle and had always wanted to visit Africa. She viewed this trip as a symbolic voyage — the missing piece to a puzzle she’s never solved. Wright often dreamt of visiting the land her ancestors used to occupy. No matter how uncomfortable she felt, Wright was lucky to be visiting Elmina; and she knew that. Tons of Africans wished they were in her shoes. She could go back to America at any time. It’s strange how before, Africans were forced to leave, yet now they can’t seem to escape.

The castle appeared ancient. It looked as if it came first, with the sea having been built around it. I watched the stone foundation being pummeled by waves as we drove up. That day, the streets of Elmina were lined with merchants, beggars, young men and women sitting and playing.

I would come to find out that regardless of their proximity to the historic Elmina Castle, many Ghanaians never fully learn about the brutality that happened only a stone's throw away from where they live. It’s a monument — but they’re not sure to what. There isn’t really time to ask, either. To dwell on the past is a privilege in and of itself. For the Ghanaians struggling to survive, being present is a necessity.

The castle, looming large to my left, was like the gray clouds of a midday monsoon. The sun reflecting off the white paint blinded my eyes. I bowed my head and squinted at the ground. A boy approached me and asked for my name. I had been advised to avoid giving my name to anyone, as the beggars would take it and make me a personalized gift, which I’d be expected to pay for. I remembered this as he spoke to me, and told him my name anyways. He said his name was Boston, and that he’d eventually make it to the U.S. I thought about how, as African Americans were encouraged to return to Elmina, he couldn’t wait to leave; and deep down I knew he probably never would. I took my personalized seashell and walked away. He began to look familiar.

It’s hard to describe the smell of the dungeons, where hundreds of Africans were packed tighter than London cigarettes, forced to piss, shit and bleed on the stone floor, the metal chains dragging their bodies toward the cold ground. Many died of disease and remained chained to the living.

We were led to a steep wooden staircase where contemporary tourists sometimes slip and fall, and where enslaved women were forced upstairs into the enslaver’s quarters, raped and brought back down to the dungeons. Today, you can still touch the metal bars that kept the enslaved people imprisoned, rusted with age and filth. It’s hot year-round in Ghana, but the metal bars stay cold to the touch, as if they’d soaked up the sorrow of those imprisoned

“It feels really invasive in a lot of ways,” Wright says. “This is such a sacred place and I'm just here, you know, stepping all over it, these relics, these ancient histories of my ancestors.”

We ended at “the door of no return” where the enslaved boarded ships, with even worse conditions than the prison behind them. As I peered through the thin walkway toward the sea, I could see a number of small children playing in the ocean.

I was overwhelmed by my selfishness and inability to comprehend the mass amounts of pain surrounding me. A barrage of trivial thoughts concerning my girlfriend back home, my classes and my cat occupied my mind. For me, the privilege existed in my inability to remain present. I wasn’t able to view Elmina through the eyes of slaves. I could only think in big-picture terms, because to imagine a sea of faces perishing at the hands of colonizers is easier than imagining just one. Because if there’s only one, there’s a chance I might recognize it and need to confront it.

We were sitting in a small conference room at our beachside hotel later that evening to unpack our trip to Elmina Castle. Walking there from my air-conditioned room, I still hadn’t grasped the gravity of where I’d found myself. I hadn’t attempted to see my surroundings through the eyes of others.

The discussion began slowly. It seemed as if nobody felt comfortable diving in, so we first dipped our toes, before wading, waist deep. I was struck by the casual nature of the conversation and despised the awkward silence that followed each voice. I wished it would end.

When it seemed as if it finally would, I heard the beginnings of a shaky voice to my left. Wright was preparing to speak. She sighed and said she couldn’t find the words to say how she felt.

She couldn’t find them. As if they were there, only hidden or lost. I had spoken only moments before. I had strung together a sentence of words I hadn’t searched for. It was the bare minimum. Wright spoke again.

When I heard those words, I became speechless for the first time that day. I felt the air leave the room.

I could suddenly imagine the faces and personalities of those who perished. I could feel the pain, to the best of my ability, of those around me. I cried for them, and for the helpless nature of my predicament. I felt like I’d been allowed into a sacred space. One that I neither deserved nor added to.

Through tearful eyes, I lifted my head and glanced around the room. It scared me to look at the other students. It scared me to know they were looking at me. Suddenly, my fear turned to an overwhelming sense of love for those in the room. Fear and love live side by side; you can’t have one without the other. I still can’t decide which is more painful.

“I've always been that girl. That black girl in classes who has to change the way she feels to make white people more comfortable,” Wright says. ”I wasn't going to say anything, but then I thought back to what I felt inside Elmina, and I thought of my ancestors and how they didn't have a voice and they didn't have a say. How now all these centuries later I was able to visit the place where they were silenced and now I have a voice and it's important for me to use it. So it wasn't so much for me — it was for them.”

I felt bonded to my classmates in ways I didn’t know were possible on a six week trip. The Elmina Castle had become a tool of empowerment for myself and the other white students. I felt lucky to have witnessed something so powerful — but I wondered at what cost. I wasn’t able to hide behind my vocabulary the same way I had been this whole trip.

But Wright felt much different after she talked. There was no closure for her. She wasn’t relieved she had spoken — and she felt more isolated than ever.

“I didn't feel brave like people were calling me. I didn't get a sense of freedom. I still felt really alone,” Wright says. “I didn't really have anyone that understood what I was going through. I felt further from the group than ever.”

We finished our talk and began to leave the room. Dinner was being prepared buffet-style at our  hotel that night. I walked over to the sand and sat down. Removed from the lights of our rooms, I could finally see how dark it was near the water. I remembered the tour guide at Elmina telling us about the enslaved people who chose to jump from the ships as they left the castle in order to avoid whatever lay ahead after the ship docked on the other side of the Atlantic. I imagined the drowned bodies washing up on the shore, where I sat. For a moment I thought I could recognize the faces, but in the end, I couldn’t see a thing.