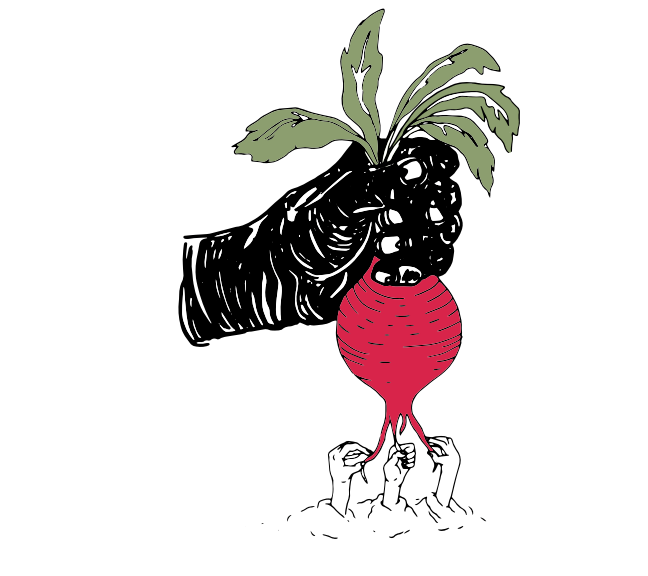 When I made the official decision to go vegan, it didn’t come as a complete surprise to most of the people who knew me, since I had been a vegetarian for nearly 10 years. My dad, sister, and some other close friends made fun of me and cracked jokes related to vegan stereotypes— one being that I only eat grass and twigs, or that I am a pot-smoking hippie. Sometimes a vegan calls to mind an image of a thin yogie who wears expensive brands, meditates and eats smoothie bowls. Or maybe, a radical extremist who condemns those who eat animals or animal-based products.

Funny enough, I don’t fit on that spectrum and the four other vegans I live with don’t fit into those categories either. Thinking back to a phone conversation shortly after I moved into my house, I told a close friend how excited I was to be living with like-minded individuals who weren’t vegan extremists and wore deodorant. Even the house cat and Leroy the Iguana are vegan.

As I told my friend about my exciting new move, he proceeded to ask me about each member of the household. He asked their age, education, work, etc. In the midst of me relaying the details, he stopped me mid-sentence and said: “they’re all white?!” The perplexed tone of his voice was overwhelmingly confusing. Following what felt like a long silence I asked what the problem was. “My n**** that’s some white people s***.”

For many, including me, the main reasons to go vegan are health, environmental change or animal ethics. The problems I have faced are not the logistics of smoothie bowls, salads, yoga practices. Rather, since making the change, one of the first things I heard and still hear is “isn’t that a white person thing?”

This being said by any other person wouldn’t bother me so much, but hearing it from my close friend, who is a person of color, or other family and friends, really astounds me. Up until that phone call, I never really thought about what a vegan looked liked or that one needed to be a certain race to be vegan. And when I tell people I am vegan, an astronomical amount of people are taken aback by it. It’s almost like they never thought a person of color could be vegan.

Hidden behind young and white individuals, vegans of color face a lack of representation, which can exclude them from being considered vegan in the first place. It’s in part that people of color have never been the face of contemporary, Western veganism. So, expectations become something new altogether when the face of veganism is represented by one demographic.

University of Oregon alumna Jasmine Hatmaker has been a vegetarian since June 2017 and vegan since January. Growing up, as a mixed individual, Hatmaker and her mother both didn’t consume very much meat because of its inaccessibility, mostly eating a vegetarian diet instead. This upbringing made going vegan simple for Hatmaker. Eugene caters to this lifestyle, and Hatmaker mostly enjoys learning to cook in her home. This is not to say there isn’t a struggle to be vegan.

“What’s really annoying, actually, is when people ask me ‘why,” Hatmaker said. “They don’t really understand why I am vegan.”

Hatmaker isn’t forcing her beliefs or values on others, as the vegan stereotype might convey. Where the problem lies is that although her focus is on her wellbeing, as a person of color living in Eugene, there isn’t much of a community outside of her mother to support her lifestyle choices.

The black vegan movement is another way to counter a singular, monochromatic image of what a vegan looks like. Aph Ko is the co-author of APHRO-ISM, a collection of essays that use popular culture to critique the pre-existing frameworks surrounding race, animal advocacy and feminism. Ko received considerable backlash on an article, which concerned the black community’s involvement in mainstream animal rights spaces.

“I was overwhelmed by the torrent of post-racial, racist and offensive comments,” she says in APHRO-ISM. Vegans of color face racial comments all time because it has long felt commonplace to criticize blacks when they create and develop empowering spaces for one another.

University Junior Luna Koenig acknowledges this racialized conception of who can be vegan, which creates a struggle for others like Koenig to educate non-vegans about the importance of veganism when some vegans are turning away vegans of color.

“A lot of my favorite vegan accounts on Twitter are people of color and they have to fight back against other vegans and other non-vegans to be vegan.”

Despite the struggles black vegans face, they are stepping out more than ever, and not just for their health. For University of Oregon senior, Justice Onwordi, her veganism began with an eye toward health, but now it’s also to lessen her impact on the environment. Onwordi is studying Human Physiology and has been vegan since June 2016 and pescatarian since the age of 12.

“I wanted to challenge myself to be healthier and eat healthier,” Onwordi said.

While living in Arizona, her vegan lifestyle produced a new struggle in her friend group and in her family.

“My friends used to make fun of me, and made me feel like s***.” It was not only her friends, but also her family who struggled with her lifestyle change.

“My grandmother, who is from Africa, would always ask why I wouldn’t eat eggs, or meat, or anything.”

Onwordi’s father’s family comes from Nigeria, and growing up she often heard stories from her father about the lifestyle he had, which was meat-based. It was their way of life. Onwordi’s father grew up on a farm where most of their meals came from what was grown or raised on their property. Some nights in Nigeria, her father would go out to grab a chicken to have for dinner. So, her decision to go vegan sparked controversy among her family.

“I never felt like I did anything wrong, but I did feel like an outsider on the inside,” she says. “And that was coming from other black people as well.”

Since coming to the University of Oregon, Onwordi has found a better sense of community. Not everyone she surrounds herself with is vegan, but many understand, accept and respect her decision. However, she often wonders what associations others make when she does express that she is vegan.

“People make the assumption that I might be trying to fit in—fit into this Eugene, hippie-vegan culture, which is predominantly white,” Onwordi says.

People of color often live in communities without access to an abundance of food or fresh produce and depend on food consumption that is animal-based. Black communities are displaced in the food system and those who choose to go vegan often feel as though they are alone or have no options – or that the support system they rely on is poor. Over 40,000 black citizens live in poverty in the United States according to the 2016 Census Bureau report. Although this number has dropped since 2014, this is a portion of the population that can barely afford food to keep from starving.

Gluten-free, non-GMO, organic, pesticide-free and local are all words we may associate with vegan diets. When additives like GMOs and pesticides are removed from products. they are sold at nearly three times the price as a product with those additives. The Califia non-dairy milk brand can cost anywhere from $10 -$15 depending on the distributor. Califia is a certified organic and NON-GMO brand.

What can make the vegan transition troublesome, is not having all the resources available to you or understanding that you don’t need to be buying $15 non-dairy milk. And yet the vegan diet is marketed that way. For example, food shops like Whole Foods or Oregon based grocery Market of Choice offer vegan alternatives, but they tend to be products that are branded with statements like organic or NON-GMO. The cost of one dairy milk at Market of Choice is between two and five dollars whether it is ‘organic’ or not, and some people can barely afford that – let alone three times that. Alternatively, there are inexpensive ways to be vegan. As someone who is allergic to nuts, I can’t eat the more expensive vegan alternatives, because they have a nut base.

So, this idea that spending an entire paycheck at Whole Foods on alternative milk and other overpriced, plant-derived products is a very common misconception. If having a dairy substitute is of high priority, there are plenty of non-dairy options that cost relatively the same as dairy-milk. Moreover, being vegan doesn’t mean you shop at Whole Foods or Market of Choice regularly. Almost all of my flatmates don’t. Onwordi goes local. Visiting farms and weekly markets, as well as living on food stamps, Koenig is already limited to how much she can buy.

Not all communities and areas have inexpensive, healthy and safe food access. Finding those options in vegan variety can also be hard to come by. For some, simply getting to the grocery store is so difficult that one resorts to the next best option: quick convenience. When I moved into my house while unpacking my groceries, I had noticed how many different brands of products were in the fridge. My flatmates shop at multiple different grocery stores in town to get the food they need.

“I think when people hear words like cleanliness and organic they think they need to buying the most expensive, most nutritionally dense foods.” Onwordi says.

Onwordi calls herself a ‘freegan,’ meaning she likes to shop locally and get her produce from local farmers. Going forward, Onwordi would like accessibility to be more open, and wants to see local farming thrive and fresh produce become more attainable not just for vegans.

As vegan and plant-based diets are becoming more popular, it is essential that veganism is not defined by one image. It is best to keep conscious and aware of who chooses to go vegan, and represent them accordingly.