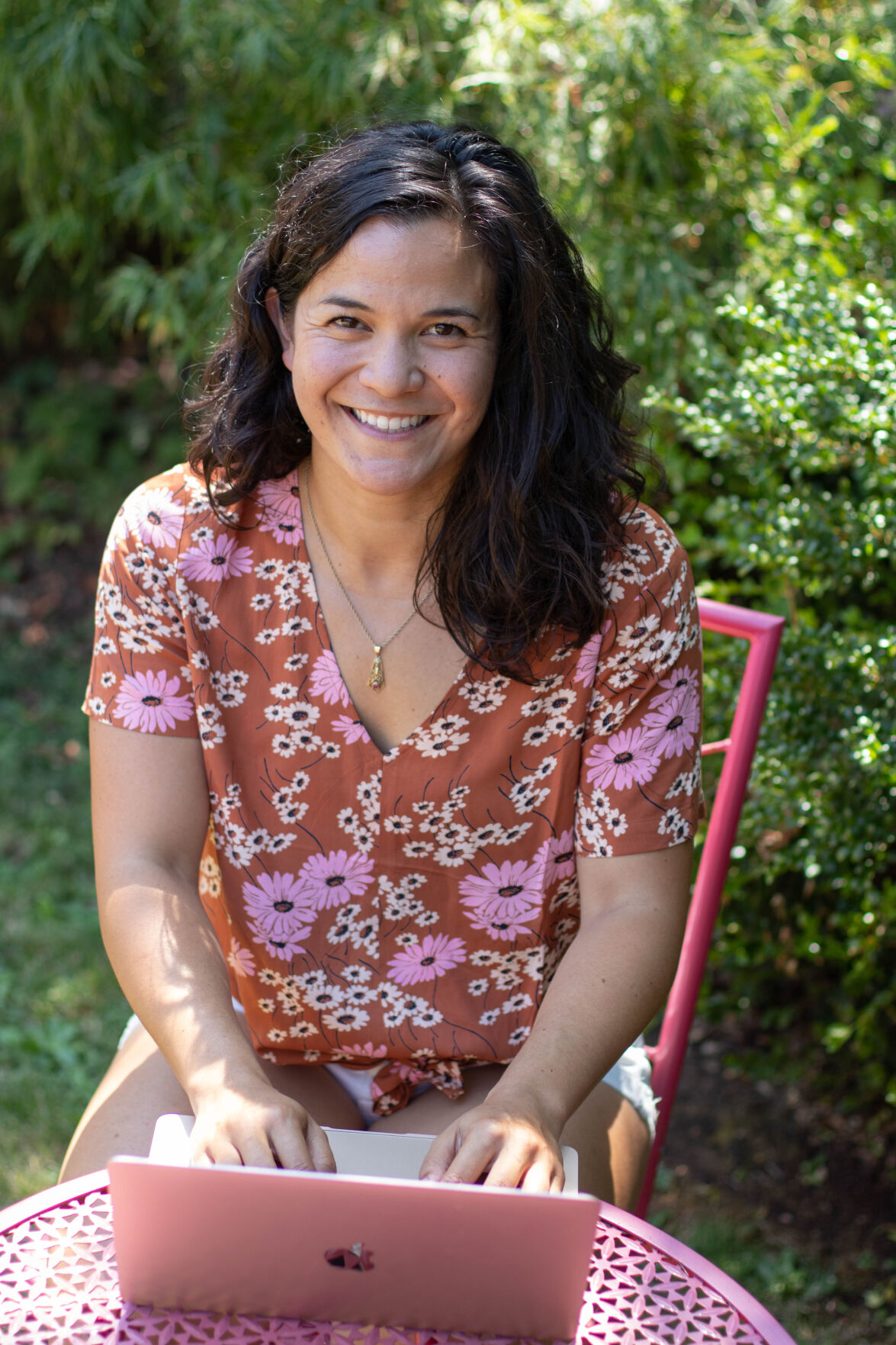 Dewi Yokelson says there are only a few other women in her Computer and Information Science Ph.D. program at the University of Oregon. “I think of myself as paving a path for other minority women like me,” she says. “It’s not just for me, it’s for every young, mixed-race girl out there who needs to see what people like her can accomplish.” 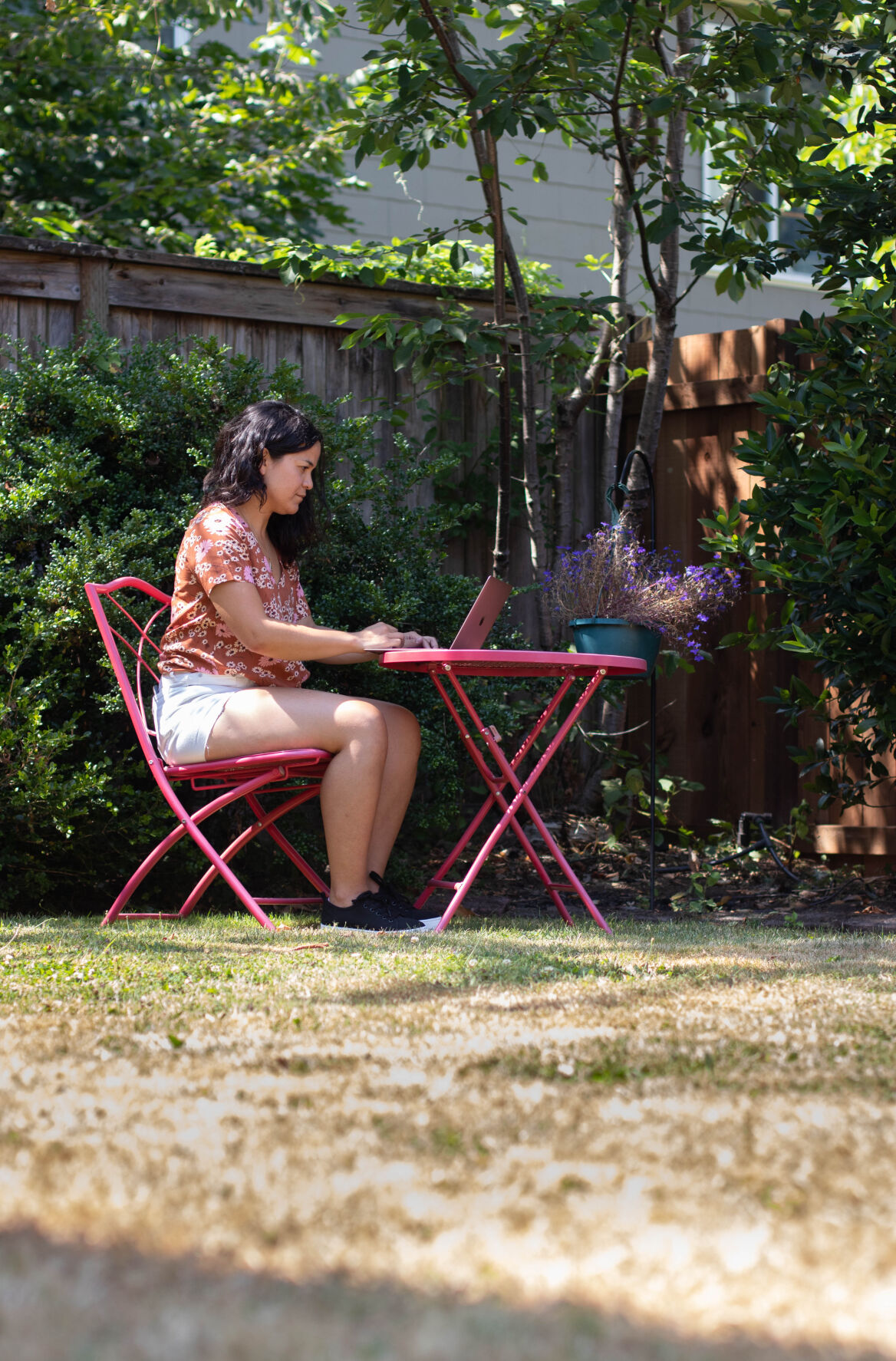 Yokelson says she is three years away from receiving her PhD in Computer and Information Science “I have completed two years, and I passed the first milestone with the highest rating your committee can award,” she says. 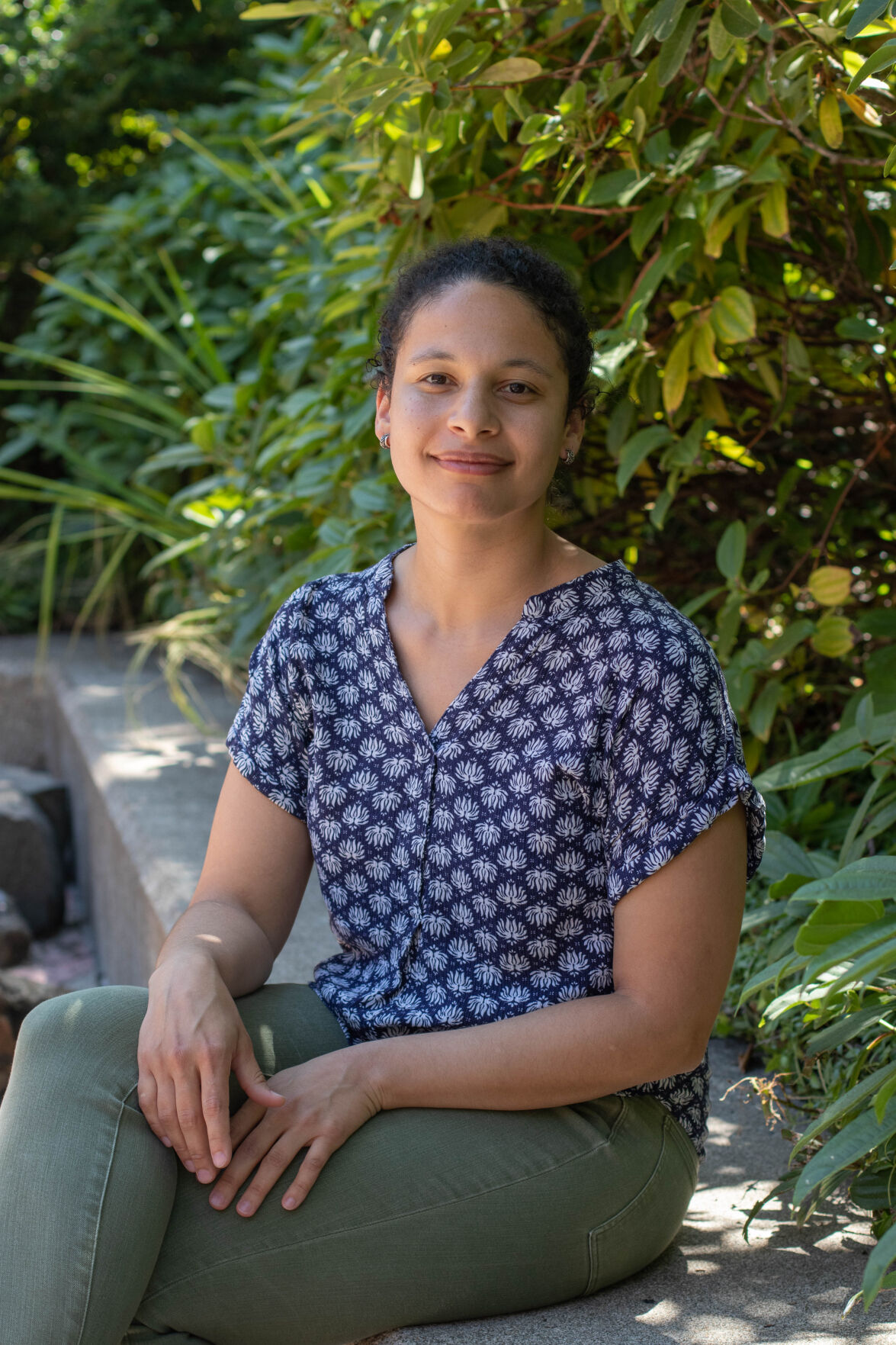 “I think it's very important to find people and communities that are healthy and supportive, both within your program and outside of it,” Muth says. “If this means looking or acting differently than the status quo, then you have every right to do that.”

Michelle Muth walked into her high school guidance counselor’s office. The room was cluttered with college brochures, bookshelves and different posters highlighting all the ivy league schools alumni had attended.

Muth went to her counselor to talk about her top college choices, and she was excited for her future at the time. The conversation started with the both of them staring at her transcript, where her achievements and work were printed in little black letters.

But when Muth told her counselor that she wanted to go to Rice University, a competitive private school, her counselor wasn’t supportive. She recommended several other colleges that were less competitive instead. The conversation left Muth deflated and confused.

Muth is a biracial Black woman and comes from an affluent town where many people go to prestigious colleges. Her high school takes pride in that. So it didn’t occur to her until years later that her counselor was making assumptions based on her race.

This wasn’t the only time Muth felt discrimination in school. She experienced racism, both subtle and overt, throughout her time in the education system. For years, Muth was convinced that she wasn’t smart enough to pursue her dream career in earth science.

Women of all races and ethnicities make up no more than 30-45% of those pursuing STEM in postsecondary education, according to the National Center for Educational Statistics in 2019. This phenomenon, according to research done by the American Association of American Women, is due to a long history of implicit bias and stereotypes. Women, especially of color, who work in STEM face discrimination as minorities in the field. Muth believes that this issue can be solved by taking a deeper look into the biases of academia.

In second grade, Muth experienced an instance of racism that pushed her away from her interests in STEM. Her teacher moved her to a lower math class because she believed that Muth wasn’t good enough at the math they were working on. After having another teacher the next year, she landed her seat back in the advanced math track.

“When I was younger I just really talked myself into this idea that I wasn't good at science and that it wasn't for me, so I decided to go into English instead,” Muth says. “I loved science. And even though I convinced myself that I was bad at math, in retrospect, I was actually fine at it.”

Muth says she was lucky to have parents who were able to advocate for her once they recognized the racism that was happening. She worries that other students won’t always have that kind of support.

“I know that there's a ton of other students who don't have those resources or don't realize what's happening. All they get is the message that they can't do it, and then they're stuck in a classroom that might not be a good fit for them.”

It wasn’t until her sophomore year in college that Muth even considered going into the sciences as a career after her experiences in grade school. But once she did, she fell in love. Now she’s working towards her Ph.D. in Earth Sciences after shifting gears from pursuing an English undergraduate.

Today, women struggle to find representation, particularly in computer science. According to the National Girls Collaborative Project, a program that works to inform and encourage young women to enter STEM,only 28 percent of college-educated women pursue science and engineering as a career.

Dewi Yokelson, an Indonesian and white student pursuing a Ph.D. in Computer and Information Science, has seen these statistics in action. She noticed that she was only one of three women in a course of about 17 students.

“I feel like for computer science, it's very heavily white male and also Asian male. That's generally the makeup,” she says. “And I remember commenting that to somebody because one day the two other women in the class weren’t there; they were out sick or whatever. And I was like, ‘oh my god, I'm the only girl here. Why is this so obvious and apparent?’”

Her Ph.D. cohort is an accurate representation of the demographics in computer science across the country. According to Pew Research Center, 84 percent of the computer science workforce is made up of Asian and white people, most of whom are men.

“It's not something I'm not used to,” she says. “But it's definitely something you still always notice.”

Yokelson remembers hearing that the sciences would become more inclusive and it has been upsetting to her to see the reality. She says that people often can’t tell what gender she is from the sound of her name, and the power of ambiguity gives her a sense of protection at work. With a career in computer science, she says people often just assume she is a man.

“When there is something that makes you different from the majority, whether it’s your gender or the color of your skin, then you are always identified that way from then on out,” she says. “It gets exhausting.”

Yokelson was sexually harassed by a man in the workplace, which caused a hostile environment that was difficult to work in. It wasn’t until he quit that she was able to really identify the situation for what it was.

“I realized how much it had been negatively affecting my productivity,” she says. “When he was finally gone it was as if this huge weight was lifted and I felt free to just do my job — which is how people should feel all the time when at work.”

The New York Times published an article that looked into the reasons why there are so few women in STEM. It mentions the pressure society puts on women to shy away from “nerdiness.” According to author Eileen Pollack, there’s a pressure for women to separate intelligence and attractiveness. That kind of cultural stigma around women in the field dissuades young girls from pursuing it, according to Pollack.

Having Indonesian descent has also left Yokelson subject to many stereotypes about Asians, especially regarding her career in computer science.

“People always identify me and say 'You're Asian so you're good at math,’” she says. “But I've literally never met another person that's Indonesian doing computer science.”

These stereotypes of who should or shouldn’t be involved in STEM pose a dangerous threat to inclusivity in the field, according to Dr. Jo Weaver, a medical anthropologist with the University of Oregon. For the past three years, she has co-hosted a public education podcast project called “Speaking of Race,”which aims to debunk assumptions that there are biological differences between races, also known as “scientific racism.”

Scientific racism is when pseudoscience is used to justify racial differences, according to the Smithsonian. “It's a dangerous idea because it does lead very quickly from Black people are more athletic than white people, to white people are smarter than Black people,” Weaver says.

Weaver says racial biases today are founded off of years of false scientific studies. Those studies have transcended from physical differences to accusing minorities of being less intelligent or more aggressive, according to Weaver.

Some of these false ideas are still being projected to the public today. Author and former New York Times reporter Nicholas Wade released a book in 2014 titled “A Troublesome Inheritance.”The book reinforces the ideathat genetic selection gives varying populations distinct character traits. Weaver says that race is not any kind of trait ingrained in our biology, and to remove biases that we see today, people need to be informed on the faulty science that drives those assumptions.

“The more people believe that race is biological, the more they believe it's real, and the more ready they are to sort of buy into the idea that racial groups are distinct and shouldn't be considered equal to each other,” says Weaver. “I think in that, in many ways, scientific racism underpins a lot of the racial conflicts and racial inequality we see in the world.”

Muth, Yokelson and Weaver have all said that to reach gender and racial inclusivity in STEM, our current education system needs reevaluation. Part of the issue today is that a lot of outreach is put on the shoulders of the minorities who are experiencing the brunt of the problem.

Weaver says that people from underrepresented groups often want to do a lot of the work for representation, but they’re also asked to do so more than their white or male counterparts. She thinks that those expectations on people of color should be reduced by normalizing a conversation about race in education, and by expecting all educators to address that subject.

“Help students understand from a younger age than college on this idea that race isn't really real,” she says. “And do so in classrooms that aren't just humanities classrooms or social studies classrooms, but also in biology classrooms.”

Yokelson says that it can be challenging to balance both studies, work and outreach as a minority in STEM. She believes that if high school districts and universities adopted programs dedicated to inclusivity in the field full time, that would lift the burden off of women and people of color.

“People who are the minorities in the field are required to do all the work to involve other minorities. It's really tough. You're expected to do your full-time job and extra,” Yokelson says. “People really want to help, and they want to make changes, but they all also have full-time jobs.”

Muth hopes that more women of color will join in on the path to inclusivity in STEM, and she is optimistic that there will be more role models for young people in the future. She hopes that fewer students will have to endure the hindering discrimination that she faced. For those who are trying to become that beacon of inspiration for others, Muth offers some advice:

“Focus on what you love doing and follow your passion and your curiosity. Wherever you are, try to seek out a good support network and people are going to help you do that and be there with you on your science journey,” she says. “Pay attention to the people who support you, and just focus on doing what you love.”