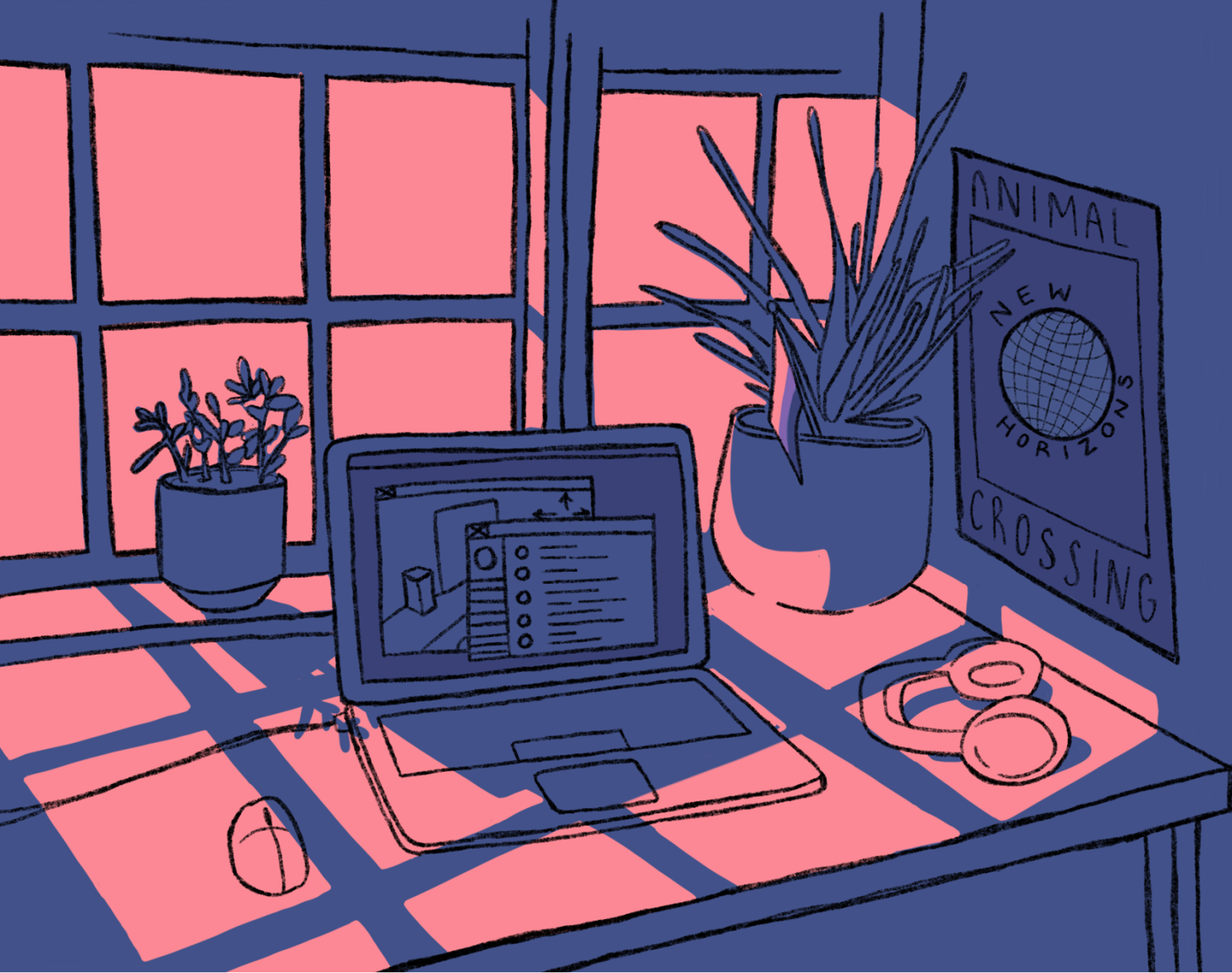 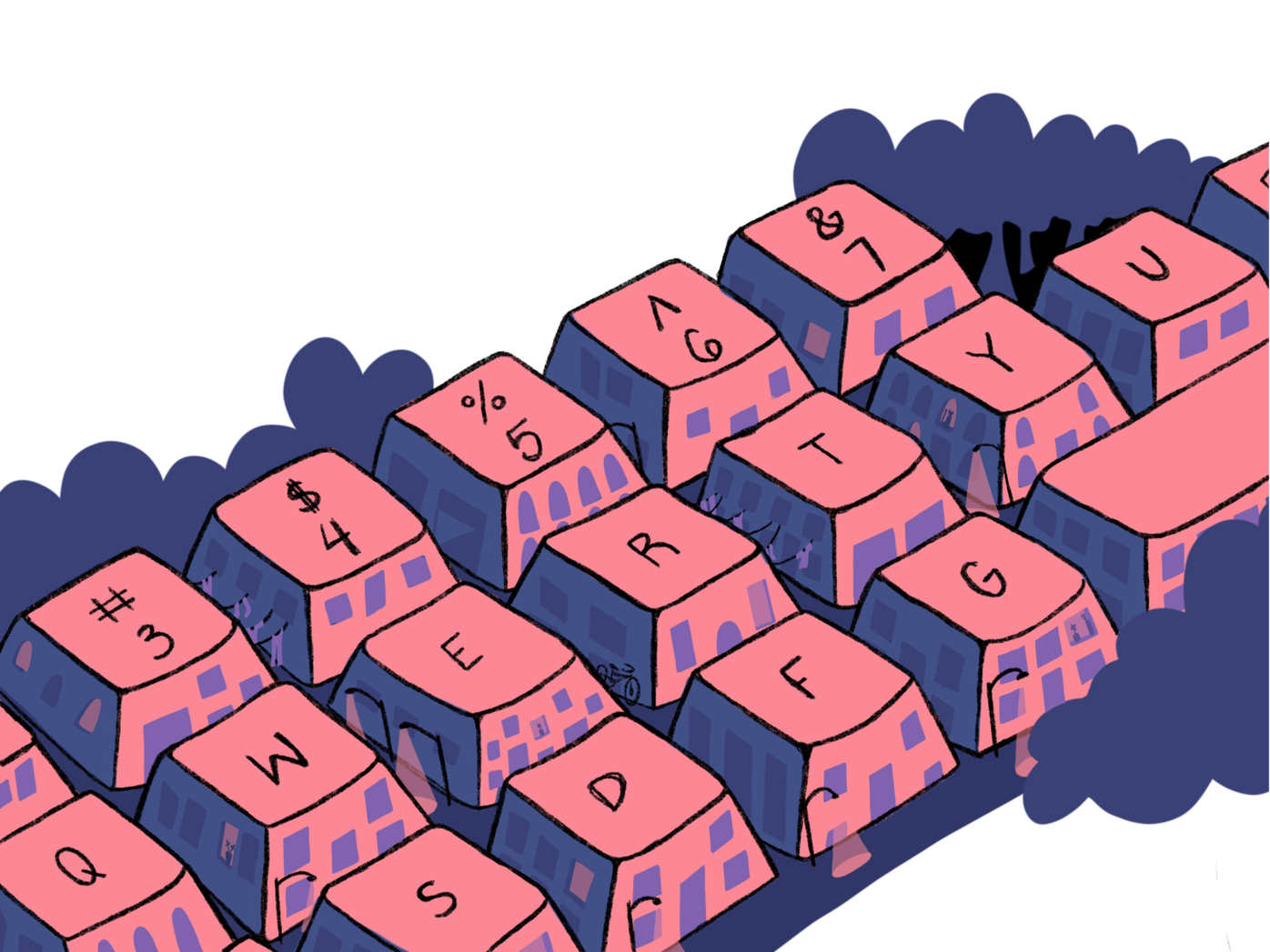 Like most of his afternoons when other games aren’t feeling as fun, Christian Valente was playing the popular e-sport game League of Legends.

Valente was filling in his role, killing opponents for the team in a standard unranked match. He was minding his own business, doing his part for the team when he says he was attacked with a tirade of homophobic and transphobic slurs in the game’s text chat.

“People would just say awful things about women or queer people completely unprompted,” he says. “It always left a sour taste in my mouth.”

Valente says he gets those comments so often that he doesn’t even bother to send a response anymore. Valente is a gay man, and he’s faced virtual harassment and homophobia countless times in the online gaming landscape.

He experiences hate speech so often that he has started to associate it with gaming culture, Valente says. According to a Case Western Reserve University study, over 36% of LGBTQ people face harassment and bigotry. Luckily, gamers like Valente have been able to find safe spaces to play games without fear of harassment.

Valente boots up his dual monitor PC in a room filled with gaming systems and memorabilia. For players like Valente, having fun is always the top priority when playing games. However, he says he’s lost some of the enjoyment he gets out of certain video games because of that outward discrimination.

“My voice presents as masculine to most people, so I never had issues in terms of harassment over that,” Valente says. “But I had many negative experiences with casual homophobia and transmisogyny.”

Two years ago, Valente joined the LGBTQ-friendly online group Prismatiq to play Destiny 2 in 2019. The group is run on Discord, a program that allows gamers to connect online. They play games ranging from Final Fantasy XIV to Destiny 2 to Warframe. He doesn’t just play with them for a sense of community and teamwork, he plays with them to avoid rampant online homophobia. Anyone can become the target of racist, sexist or homophobic insults in public multiplayer games, which is why safe spaces like Prismatiq are so important to gamers like Valente.

Valente says Prismatiq has allowed him to form new friendships and connections through video games, which he says would not have happened otherwise. Currently, the online group has around 35 active members.

“I have been able to find some incredibly supportive communities like Prismatiq. I’ve made great friends here. It’s been a great experience overall, finding people who are like-minded, where we have fun playing a game we love,” Valente says. “Many games allow us to escape a world that might not be entirely accepting of us as LGBTQ+ and go to one that is.”

“I think overall LGBTQ people, in general, tend to have a strong connection with some kind of form of media. I feel like there’s always some kind of strong connection, which may be related to escapism if you’re dealing with a hard time in your life right now,” Wilson says. “Or if you’re dealing with a lot of confusion in your life, you might want to immerse yourself in a different world entirely.”

Despite facing online homophobia and transphobia, Valente and Wilson each say they’ve used video games as a way to escape real-life bigotry.

Dr. Cody Mejeur is an assistant professor of gender and games studies at the University at Buffalo in New York. Mejeur says video games allow everyone to fully explore and express themselves through an accessible medium, but this does not stop bigots, misogynists and racists from saying inflammatory and hateful things. They say this has become an unspoken issue within the larger gaming community.

“You don’t have to dig far to find some sort of evidence,” Mejeur says. “You could probably just scroll through any sort of major online games forums, and you would pretty quickly find posts that contain either homophobic, transphobic or racist content.”

Even while making up a sizable amount of the gaming community, 65% of LGBTQ players feel underrepresented by the games they play. However, independent developers and game makers are still pushing for representation and inclusion.

Many games released in the past few years have added options for character customization. Animal Crossing: New Horizons allows players to choose any hairstyle or facial feature regardless of gender, while Mojang Studios, the creators of Minecraft, have kept every character in the game gender-neutral. The most recent Call of Duty game, Black Ops Cold War, gives players the option to be non-binary. Cyberpunk 2077 is one of the biggest releases in recent years that allows players to customize their sex and gender.

Portraying members of marginalized communities has become more prevalent in single-player video games as well. Games like The Last of Us Part II, Life is Strange, Dragon Age Inquisition and Mass Effect all have a main character who is a member of the LGBTQ+ community, or the game allows the player to makethat choice.

But Dr. Edmond Chang, an assistant professor of English at Ohio University, whose areas of research involve technoculture, gender and sexuality and video games, says just having LGBTQ+ people in video games doesn’t immediately solve the problem. Chang says that creators should integrate these identities into the games themselves.

He says there is a rise of tokenization in video games and other forms of media where a character who is gay might be included for the sake of inclusion, rather than their orientation having any relevance. Chang says an example is in the game Overwatch; a character is Muslim, but the player would not know through gameplay unless they engaged with the hidden subtext in some sidenote.

According to Chang, effective representation matters to the LGBTQ+ community. However, even with the representation of LGBTQ+ characters, Chang believes that game developers can take further steps to close that gap. Valente says that representation through both customizations of the player’s character and making it consequential to the game itself is the way forward.

People like Valente and Wilson seek these games out as a way to experience new things, make connections and have forms of representation and inclusion to look up to, even while facing bigotry and hate speech in online gaming settings. Valente says that having fun while playing video games should always be the primary goal, and that the improved representation of queer players has made that easier.

“What’s even the point of playing a game if you don’t enjoy it?” Valente says.

The LGBTQ experience in gaming is plagued with a lack of representation and a large amount of homophobia and bigotry.