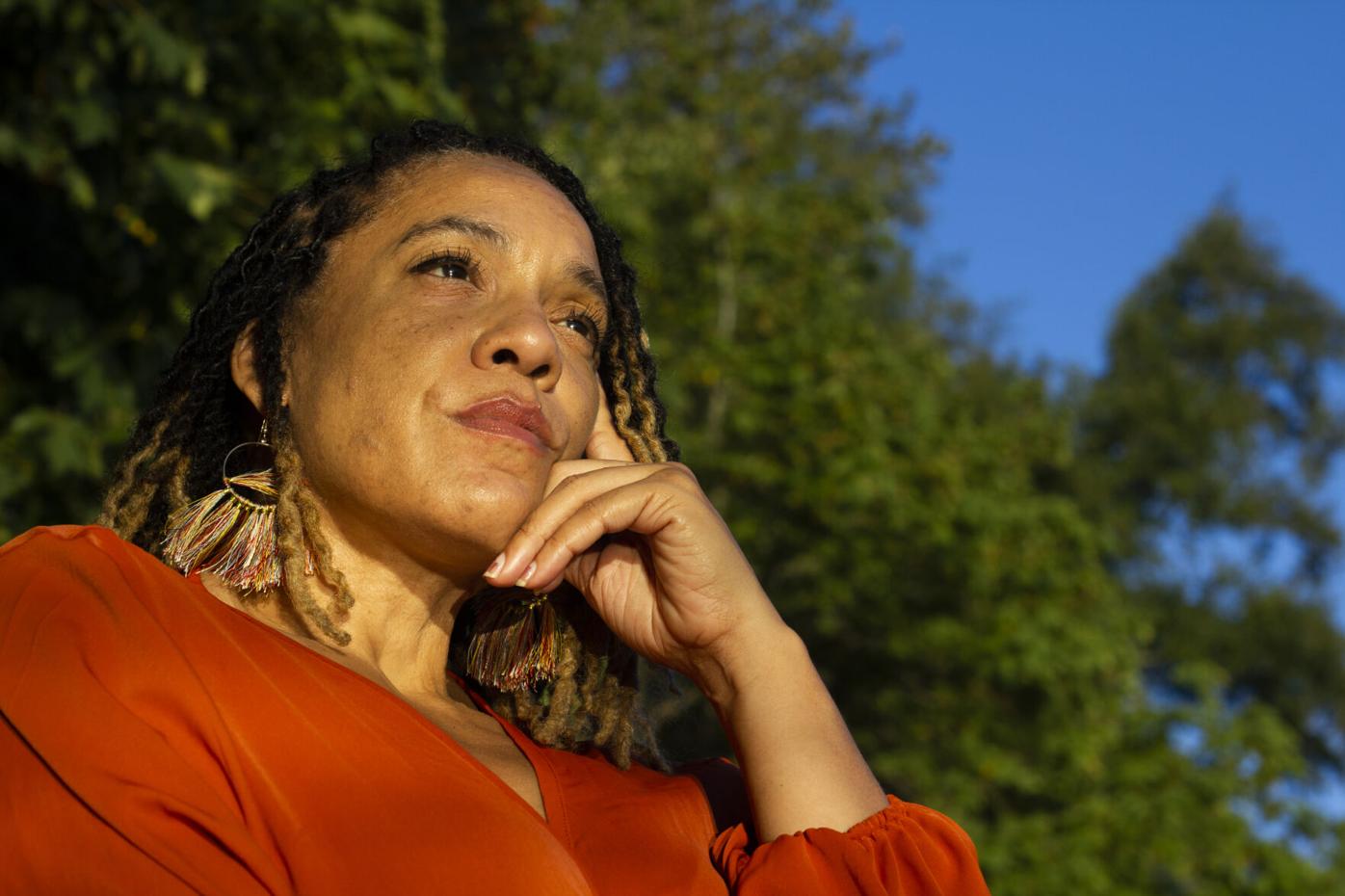 Ayisha Elliott, the woman behind the podcast “Black Girl From Eugene,” started her podcast in 2018. Since its inception, Elliott’s podcast has garnered over 1,600 followers on Facebook; one recent podcast entry titled “Are White Business’ Actually Ready?” received over 12,000 views. 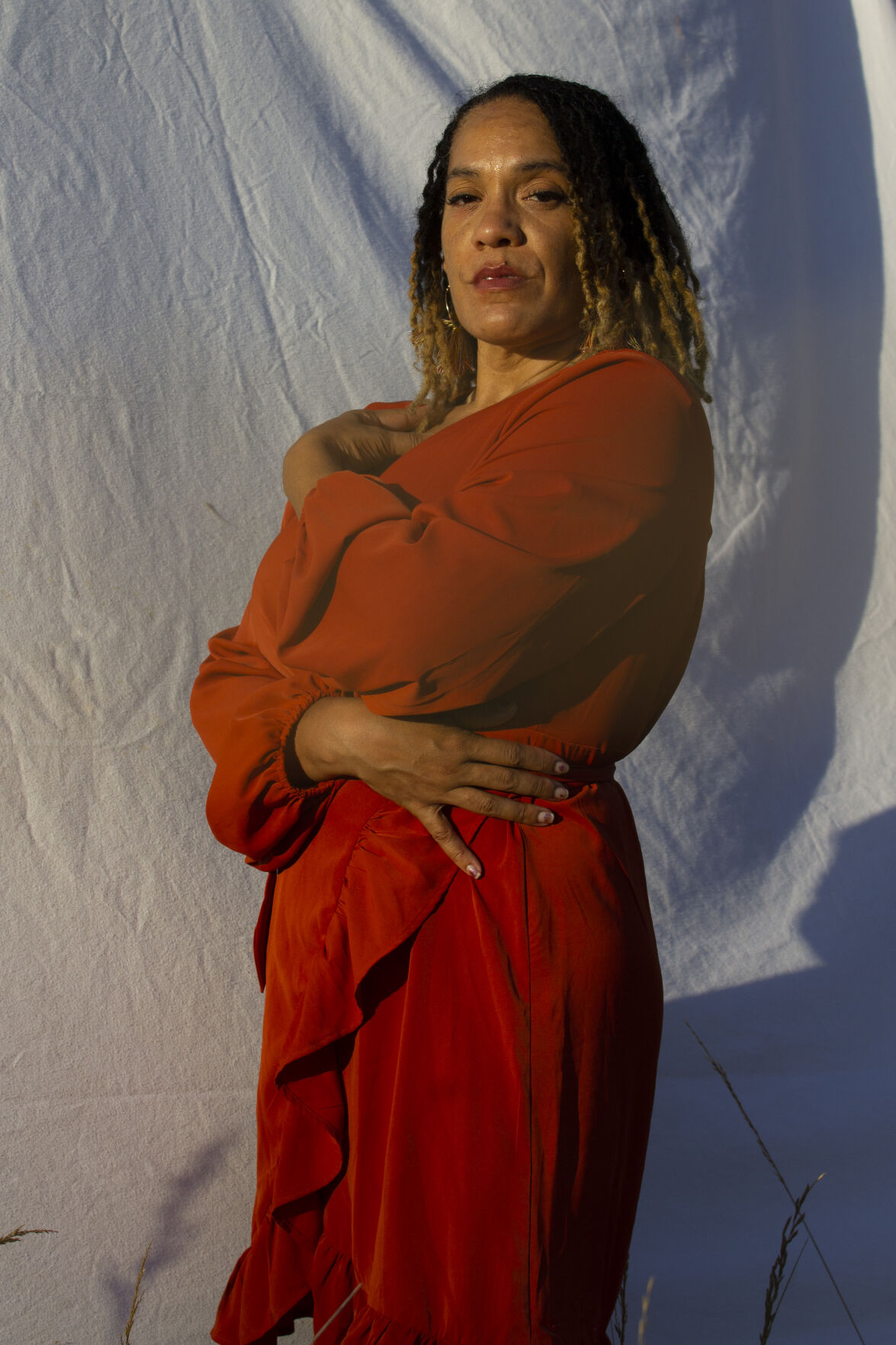 “To live this existence takes courage,” Elliott says. “I’m going to be Black today, Black tomorrow, and I love being Black. And I’m going to champion for my right to exist freely wherever I go.” 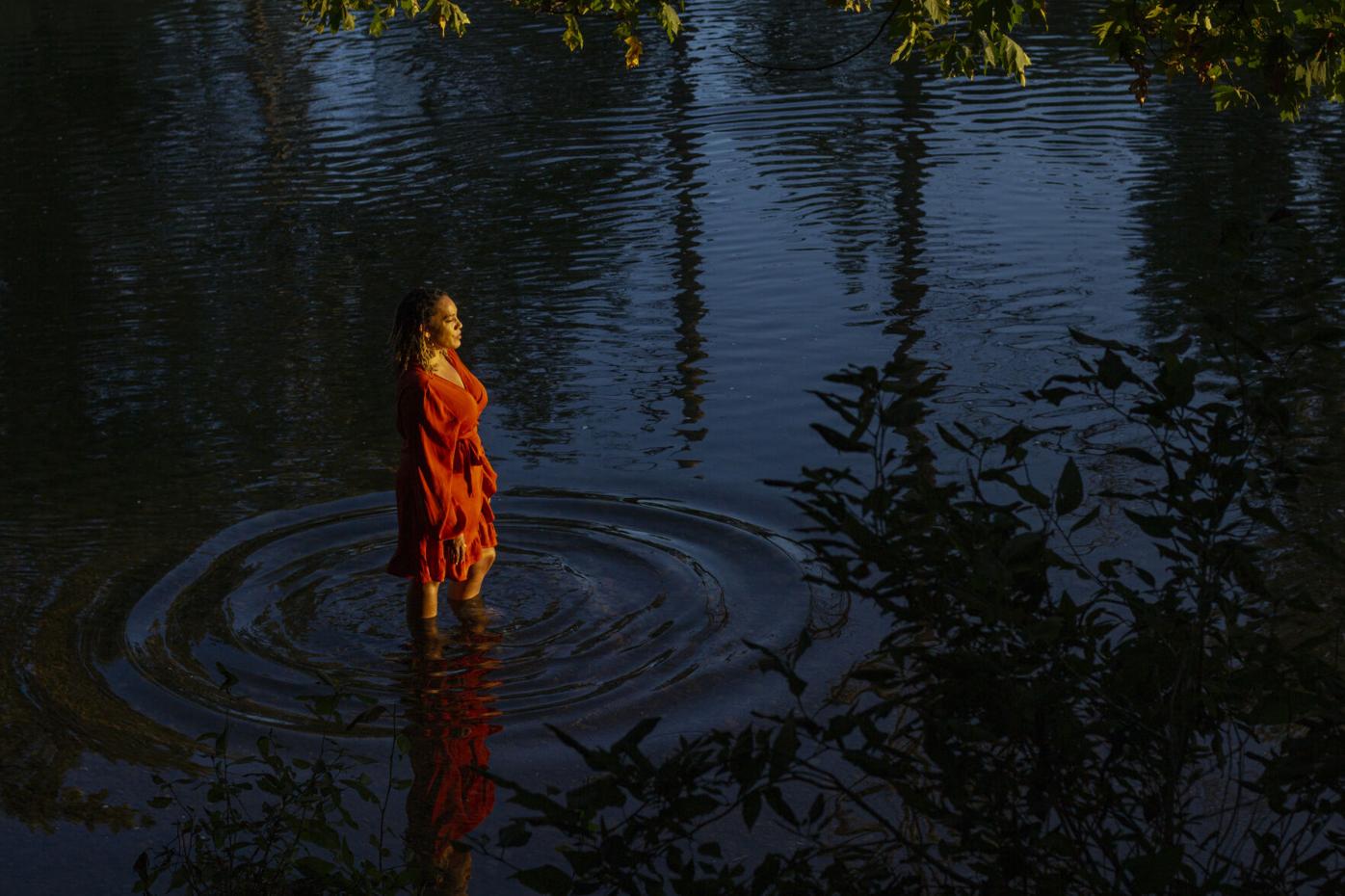 Elliott says podcasting has given her a place to heal. “I’ve left a lot of pain I started this journey with behind,” Elliott says. “I feel very healed.” 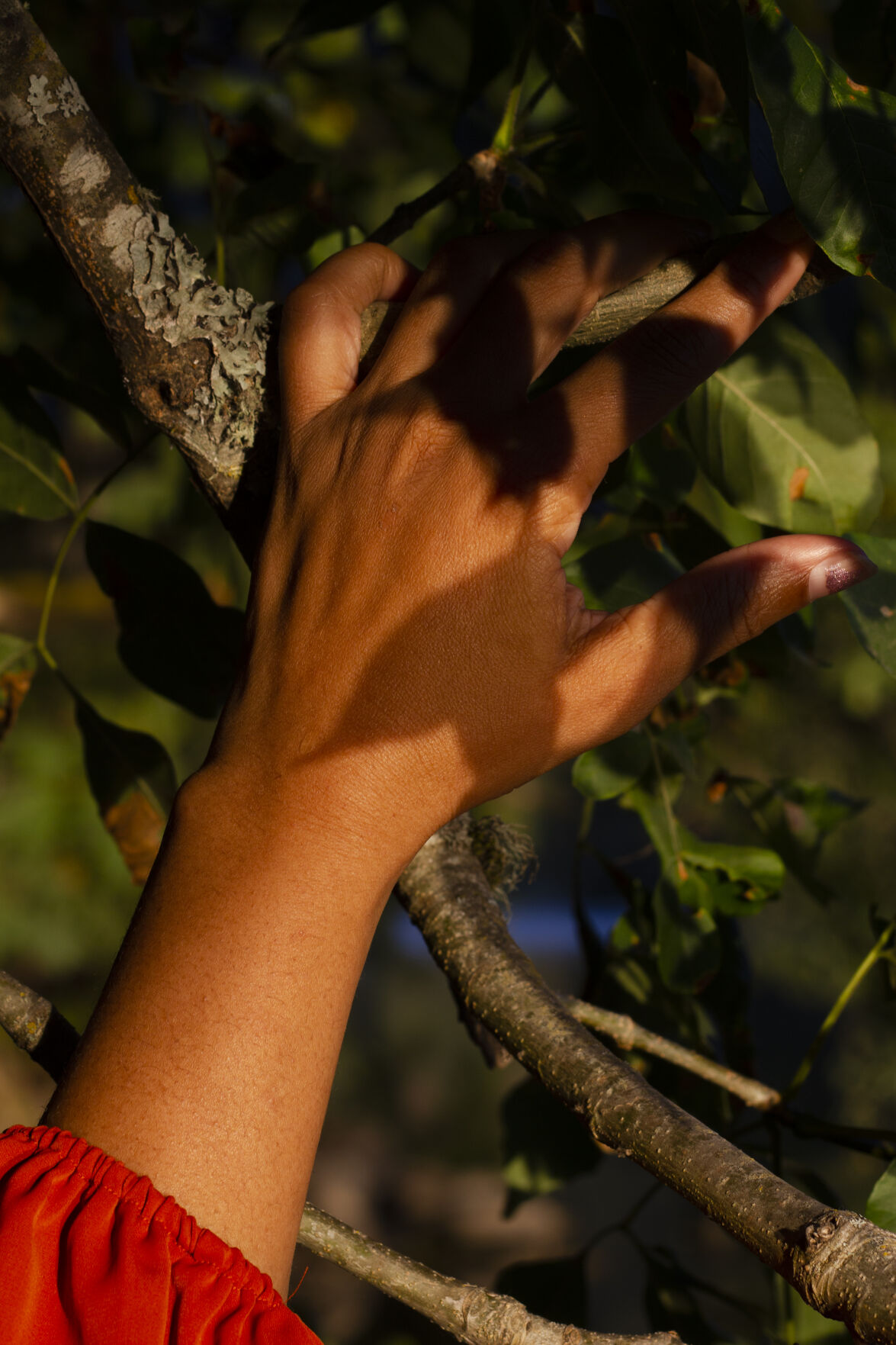 One of Elliott’s biggest motivators to continue her work is vulnerability. “It’s incredibly important to be radically vulnerable and radically honest,” Elliott says. To her, radical vulnerability and honesty are what make us human.

An interview with Ayisha Elliott

Growing up in Eugene was “contentious” for Ayisha Elliott. In a city where only 1.56% of the population is Black, she often experienced racism in school, and she didn’t feel valued or listened to by a predominantly white city.

Elliot moved away when she was 15, and when she moved back to Eugene at 31, she says, she was met with police violence and the same ostracism she felt when she was younger. Elliott took that lifetime of experience and turned it into motivation to make herself heard and make Eugene a better place for its Black community.

Elliott runs her podcast “Black Girl From Eugene,” leads the cultural mentorship program Nurturing BLACK and heads Kids For The Culture, which teaches middle school and high school students through Black experiences in the U.S. All programs address the racial tensions that fester in a predominantly white community.

“I know from research and from self and lived experience, your self-identity is so crucial. In middle school, if you’re not being fed positivity about your identity, it’s a struggle. It could be a lifelong struggle,” she says.

Here’s what Eliott had to say to Ethos about her experience in Eugene and her work since moving back seven years ago:

Kate: What was your experience growing up in Eugene?

Ayisha: My parents are from St. Louis — both of them are. And they had moved here in the early 70s. So there [weren’t] a lot of Black folks in town. Me or my sister were the only Black people in the school or in the class. We, at one point, moved to Cottage Grove, where we were the only Black family.

Growing up here was contentious. I mean, I had a bicultural experience where, at home, we were very Black-centered, Black consciousness, Afro-centric. Outside of home, where at school, my friends and anyone else other than my family were extremely based [at the] core in white supremacist culture. So I had to navigate both roles, and they don’t mix well. I could tell stories of all of the racial incidents that I encountered before the fourth grade. I was called the N-word. I’ve been spit on. I had to fight my way out of things. Even now, when I talk to younger kids — I work with younger kids as well — they have similar stories. So it hasn’t changed a whole lot. I have changed a whole lot. And I’ve only lived here until I was 15. And then I moved away. So, right in those formative years, I was swept away to several different cultural experiences. And I didn’t come back to Eugene until I was like 31, 32.

Kate: So would you say then that you were able to bring your experience from outside of Eugene back and then into your podcast?

Ayisha: Okay, yes! There’s lots of things that happen to you, as a developing young Black girl around this culture, that tells you everything about you is either negative, bad or inappropriate. You might be smart, and you might be pretty, and you might be all those things, but you get to sit in the back of class. We’re not gonna listen to you, and we don’t really care. And we think that your body is kind of gross. And it’s fodder for identity crisis. It’s fodder for depression. It’s fodder for all of these things.

So, when I moved away at 15, everywhere I went was Black and Brown culture. So, I got to discover myself in a different lens. And there was edification and value-boosting from my surroundings that I had never seen or heard from peers here. And so, when you start to see yourself in other people, you’re represented in the culture around you, you start to be able to reimagine yourself. Coming out of Eugene and coming back into Eugene, it’s very, very evident what’s missing. But “Black Girl From Eugene” manifested from an experience that — even after I moved away and I came back — there was still a piece of me that thought I could work with and be seen by white people here in Oregon as valuable.

When I came here, I was actually assaulted by Eugene Police Department and was essentially beat up on my front porch when I was trying to help and protect my son who was in a crisis at the time. My children were upstanding students and athletic, you know, leaders and academic leaders, and my family was this cultural family in Eugene, and we just were that thing. We were respected, are respected, in this community. And I got beat up on my front porch and treated like a criminal when I was doing nothing wrong. And when I spoke to them, I was actually trying to talk to the police officers as if we could have a dialogue about what was going to happen. And then I was physically beat up so badly it took me four years to recover. That is where “Black Girl From Eugene” came from.

Because I realized at that place in my recovery that part of the problem was I thought that those police officers, and I thought the city, would be able to hear me. I was never anything more than a Black girl from Eugene. And now, being a Black girl from Eugene, I wasn’t going to be silenced. I wasn’t going to be shut out. My words mattered. And what I had to say about just living while Black in the Pacific Northwest wasn’t just my story, but it’s a lot of silenced people’s story. A part of my healing that I decided to do for myself was that I would record how I felt about things. And I would never edit it. And I would just send it out into the wave. Which meant that I couldn’t take it back. Don’t be afraid of what people think about it. Don’t be afraid of what people might come to your door and be like, ‘Hey, we disagree with you.’ Just say what you mean and send it out there. That’s what it was. And it just has grown from there.

Kate: Reflecting on your impact with “Black Girl From Eugene” and Nurturing BLACK, is there any advice or parting thoughts you have?

Ayisha: Just have a conversation that actually involves your personal, lived experience and your personal opinions and biases around racism before you try to create the space, right? It’s very important that you are not only convinced yourself that it’s the right thing to do, but that it’s something that’s important for your life personally — and that you’re not doing it for something else, not for someone else, but for something else because a culture is what we’re trying to create, right? An anti-racist culture, which means you got to buy in. You [have] to be able to say ‘I’m willing to be uncomfortable,’ and ‘I’m willing to decenter whiteness so that access and resources can be a complete global circumstance.’ That part, if you’re not having those conversations, come see me, and we can totally do that.”

Programs such as Nurturing BLACK, Kids For The Culture and the Black Girl From Eugene podcast offer a space to learn, improve and act. Cassi Chambers, Elliott’s friend and hairstylist, is involved in Nurturing BLACK with her son.

“She reminded me that this is not something that I can lead him in — because I can’t,” Chambers says. “And so, this is something he leads me through. I think everybody should take at least one class from her because if you take one, you’ll take two.”

Emily Little, the founder and executive director of Nurturely, also works alongside Elliott in providing classes and resources for children and their caregivers. 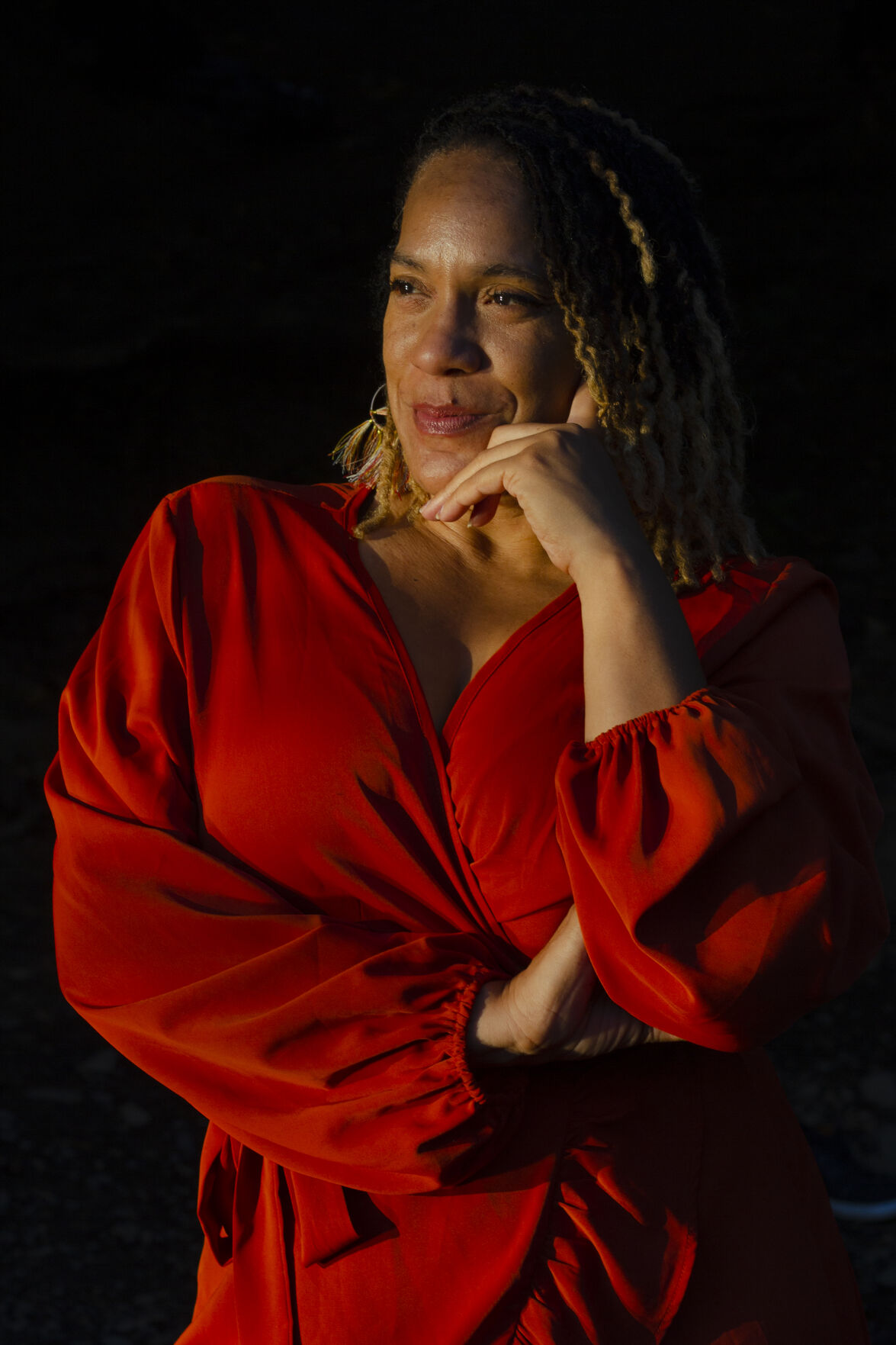 According to Elliott, she can’t stop fighting for social justice because it defines her existence. “I just can’t quit because it's my reality. I’m a Black woman wherever I go –– there I am. So, how could I stop?” Elliott says. 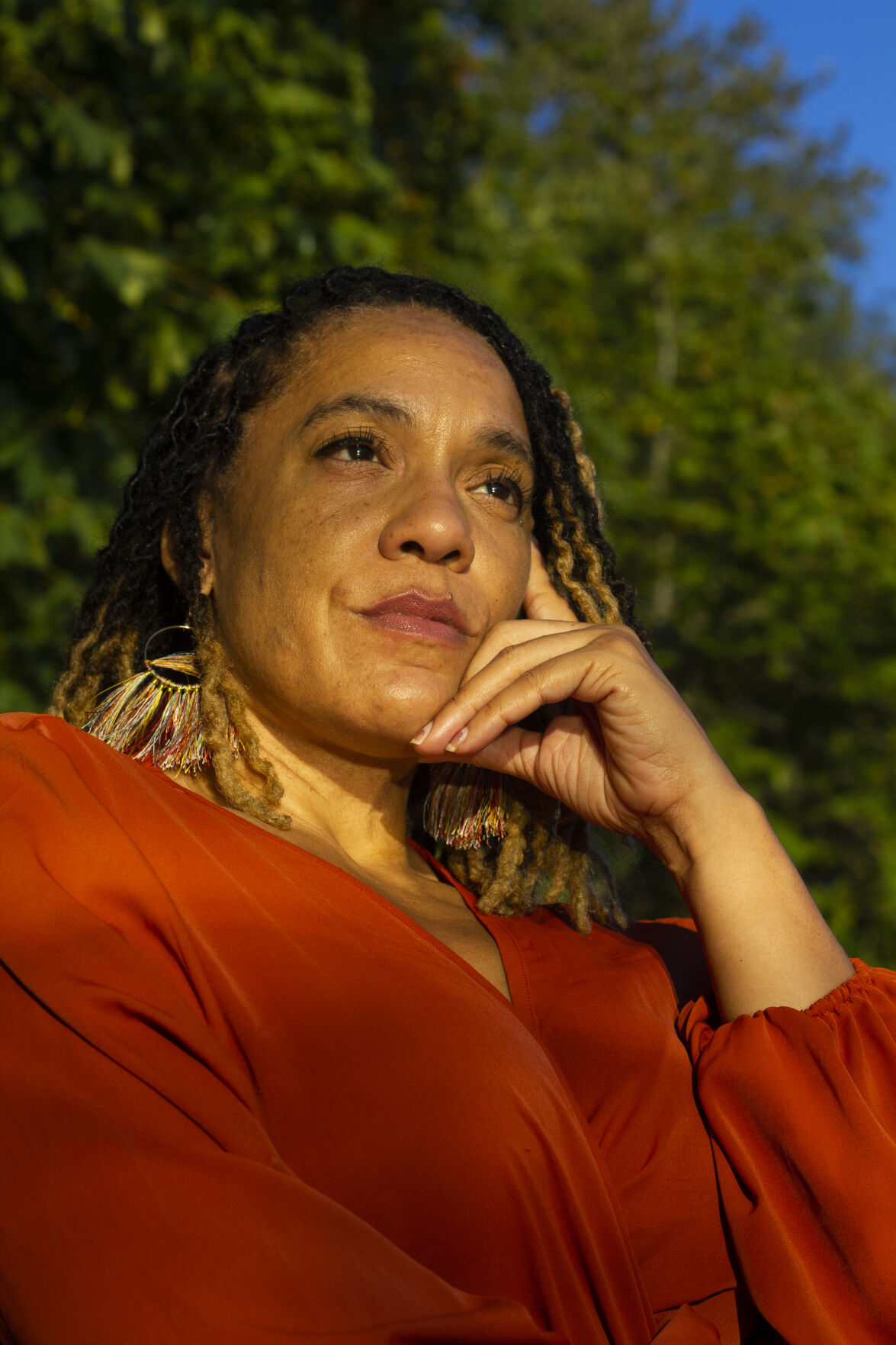 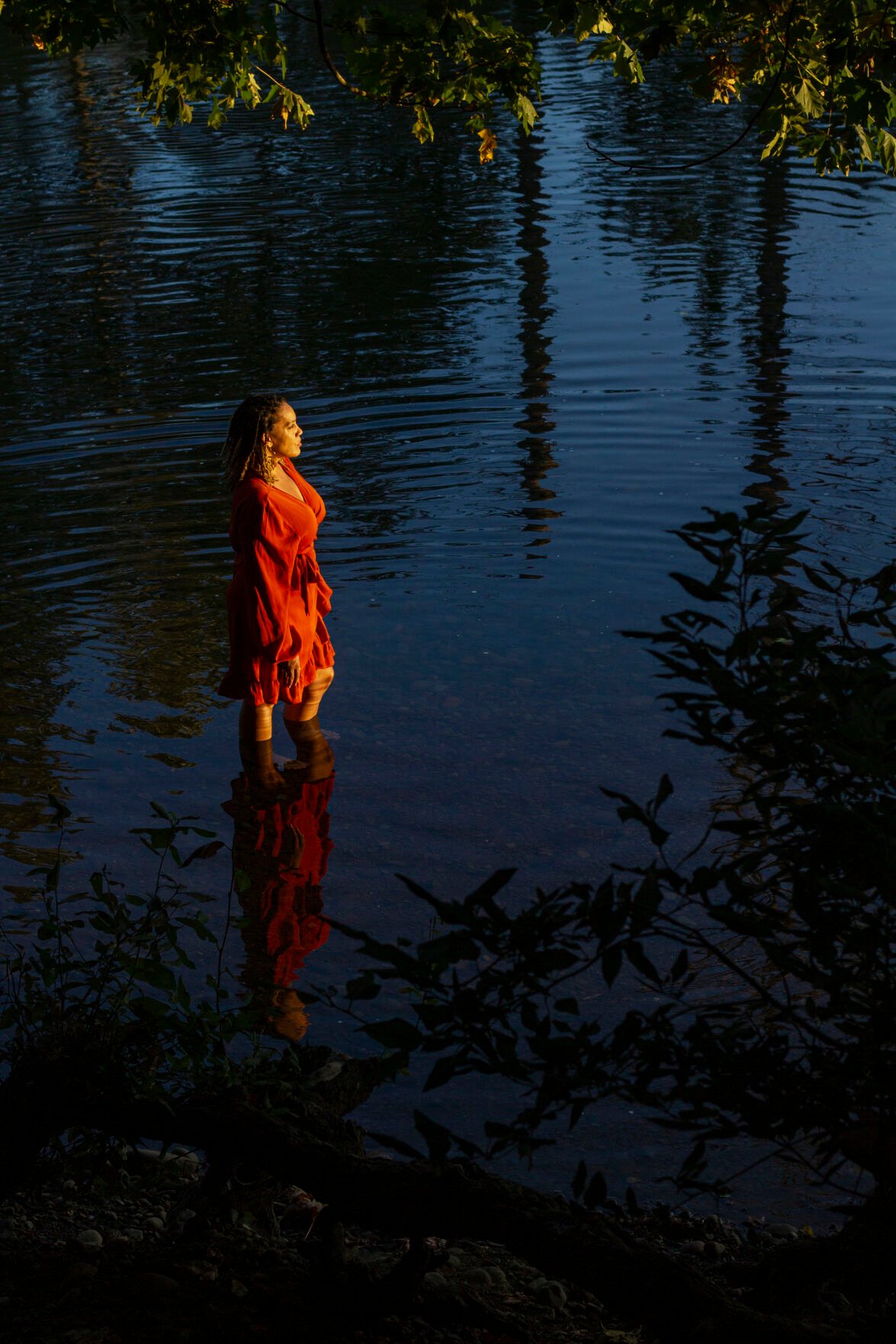 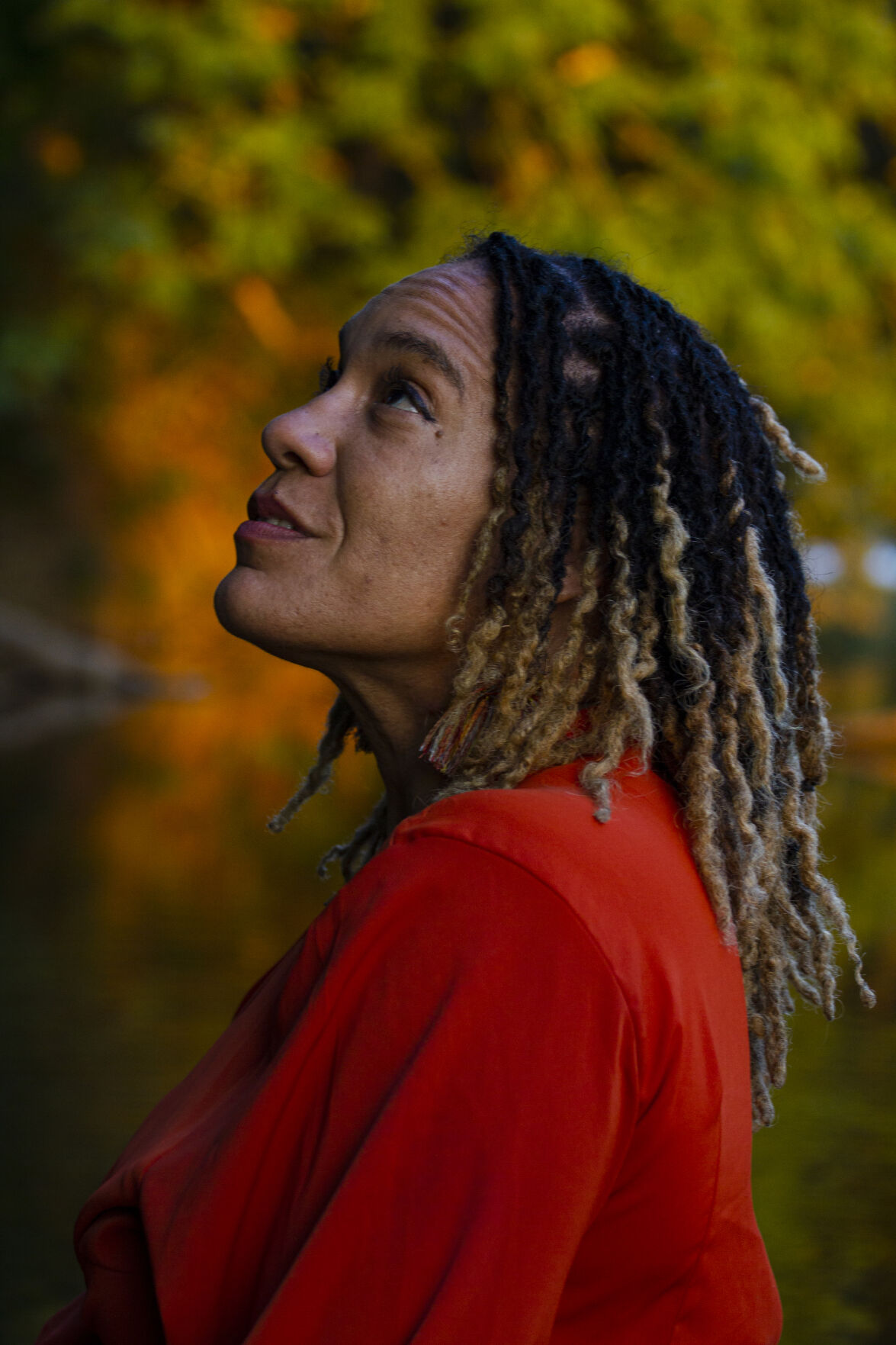 According to Elliott, social change starts from the ground up. She says, if the current system isn’t completely deconstructed and restarted, “we are just working on a foundation of absolute racism.”

According to Elliott, she can’t stop fighting for social justice because it defines her existence. “I just can’t quit because it's my reality. I’m a Black woman wherever I go –– there I am. So, how could I stop?” Elliott says.

According to Elliott, social change starts from the ground up. She says, if the current system isn’t completely deconstructed and restarted, “we are just working on a foundation of absolute racism.”

Ayisha Elliott uses her podcast and programs to fill the void she felt growing up in Eugene — she aims to create safe spaces for BIPOC to be heard in her hometown.