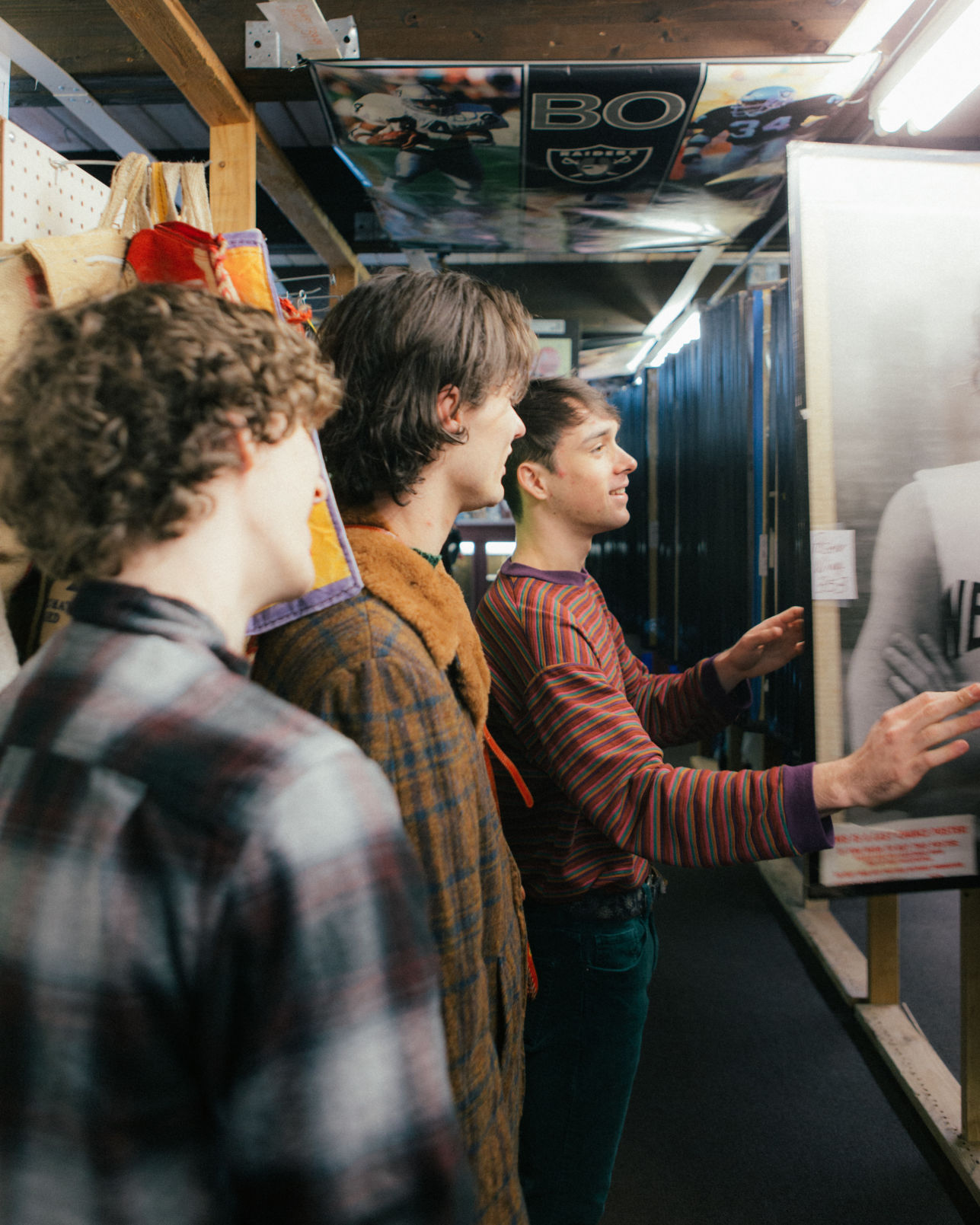 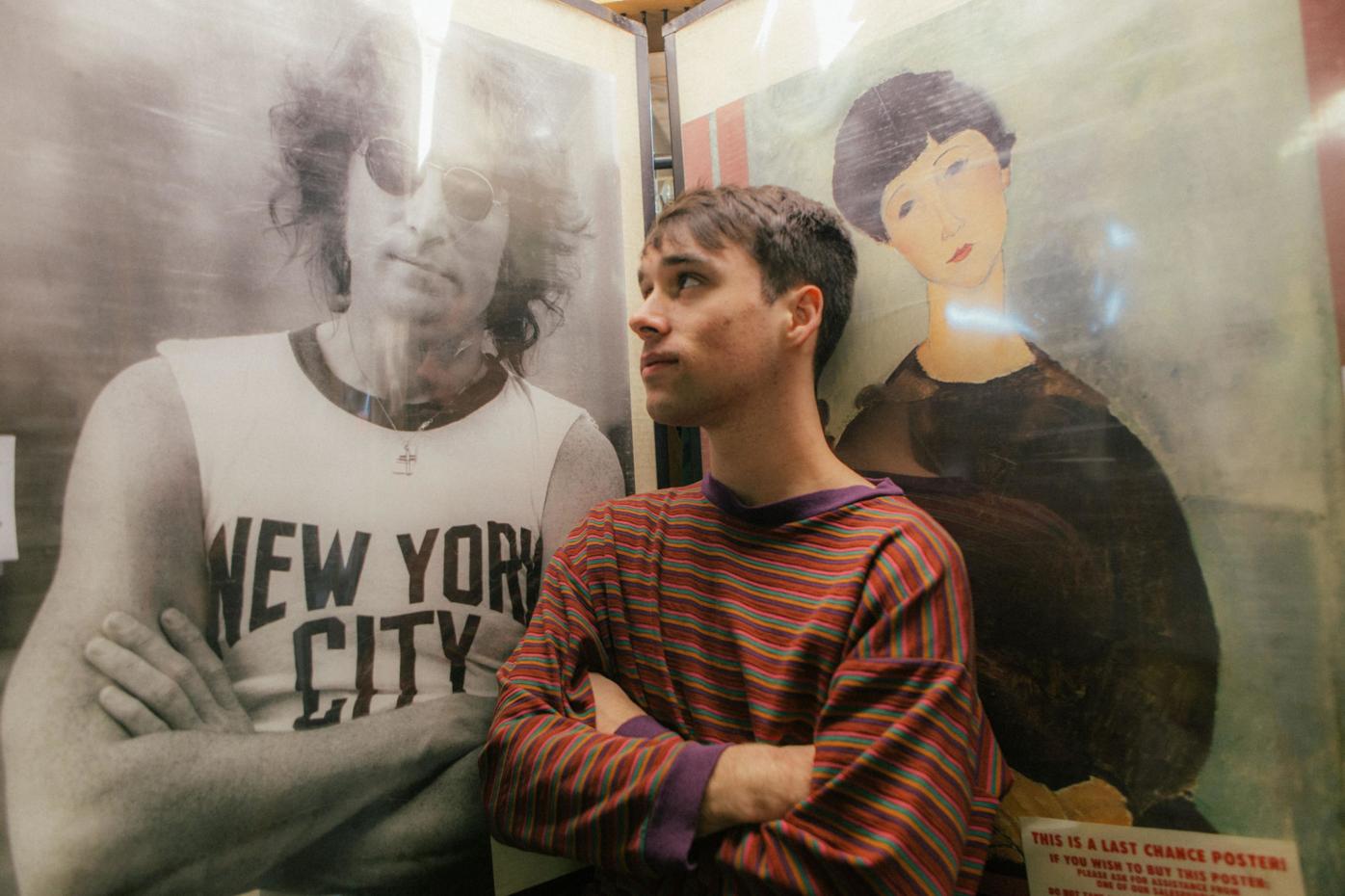 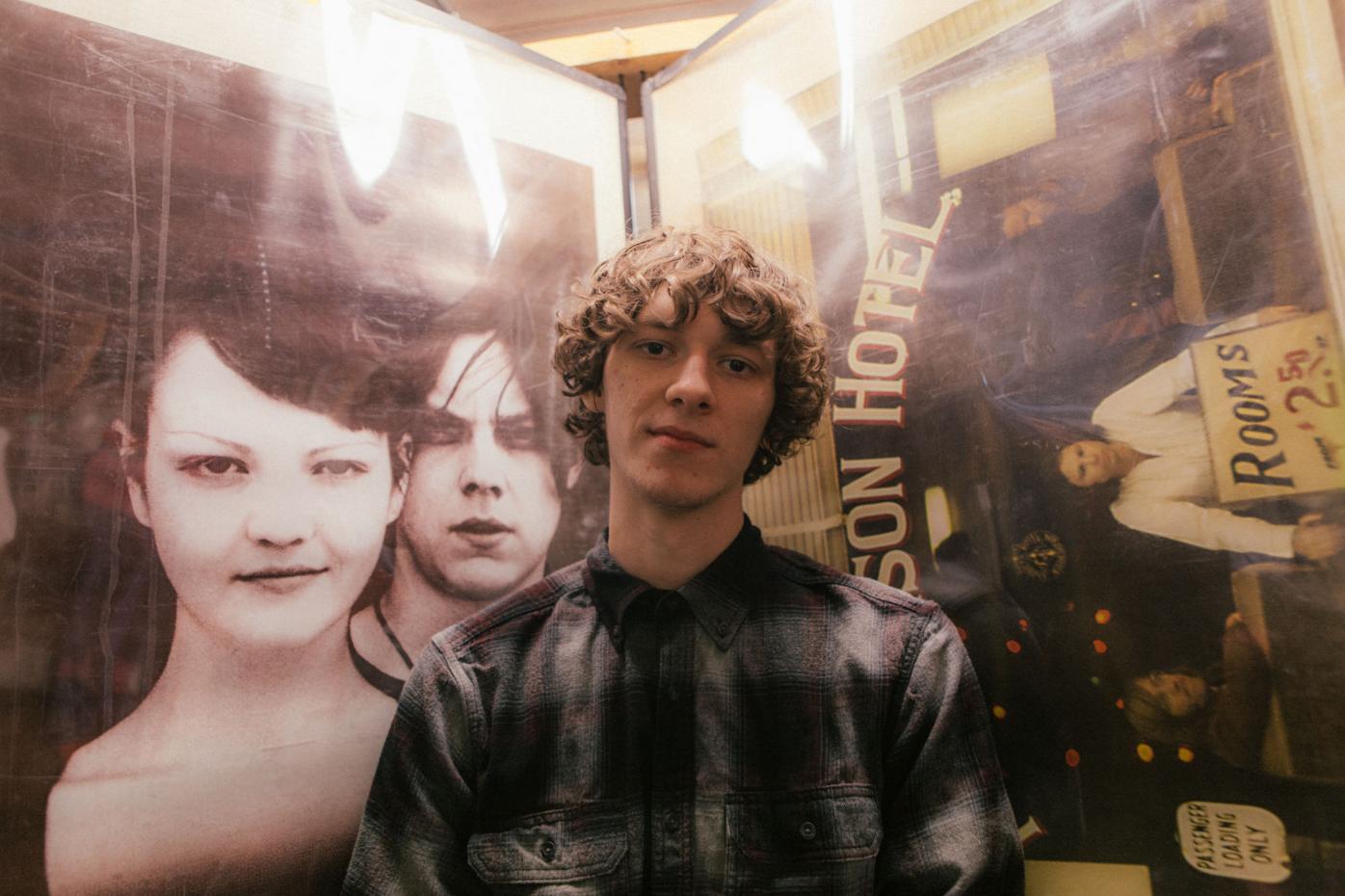 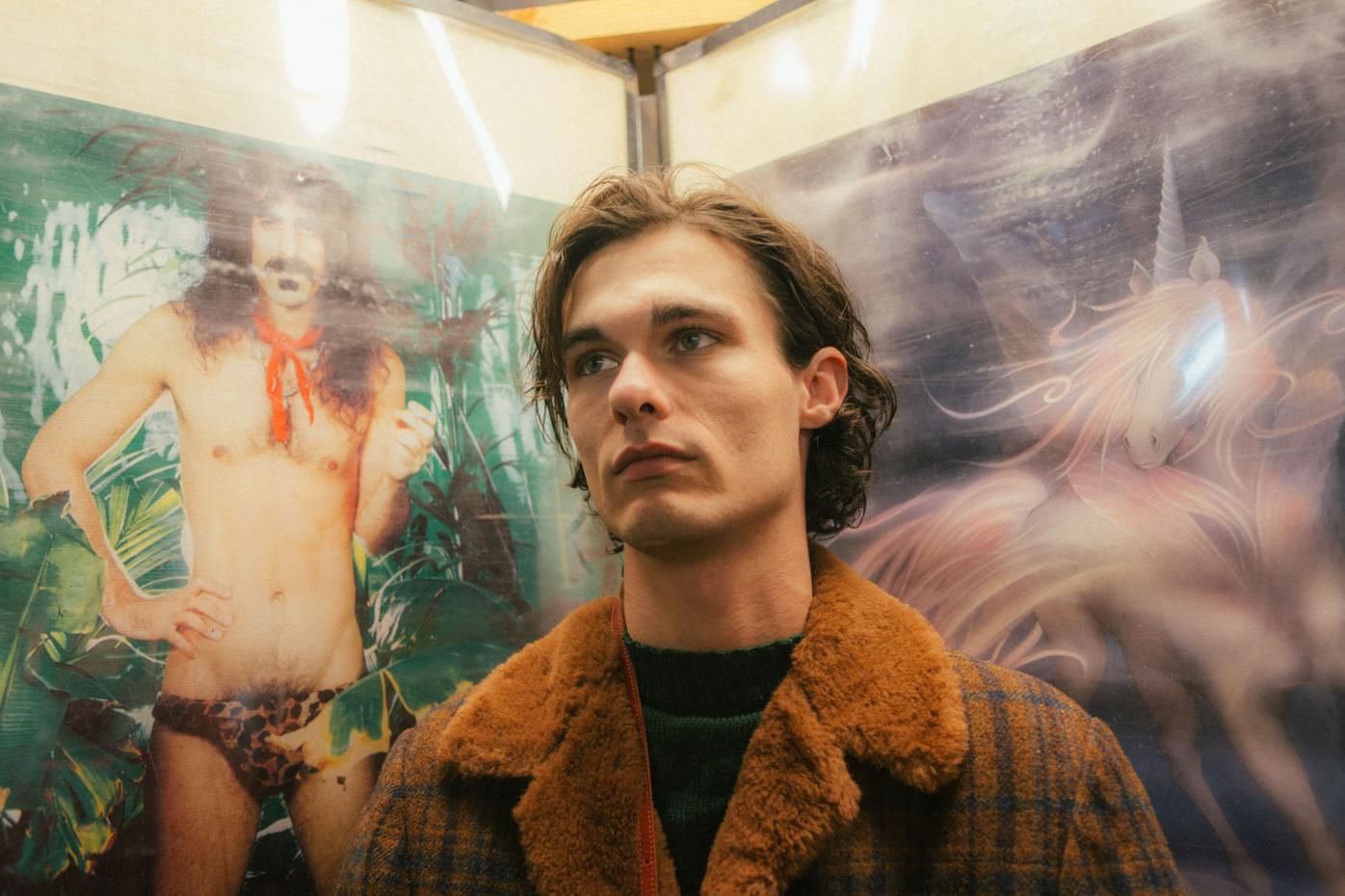 “We’re gonna be the first band to do it right”.

It’s unclear what exactly Dylan Latimer, Novacane’s frontman, means by “it”, but I have an inclination to believe him. Looking sharp in a teal suit, bassist Oliver Lester agrees. Novacane’s drummer, Wren Winona, just quietly nods. There’s something about the group – whether their ‘70s hipster aesthetics, tight brotherhood or relaxed self-awareness – that points to something bigger. And despite spending the last few hours with them and attending countless shows, I can’t seem to put my finger on what exactly “it” is..

Perhaps I am biased; as a Eugene local I have a soft spot for any fellow Eugene natives. But ask their highly charged and drunk crowds of fans and they would most likely agree.

Riding on the wave of “Summer of Love” nostalgia, it’s easy to lump in Novacane as a “throwback” indie band. But their sound is edgier and funkier than many of their contemporaries. Novacane also mixes classic rock, blues and a bit of punk. It brings the best from the past, without sounding boring.

“The blues is cool,” says Latimer, “and classic rock is cool because it’s very elementary – it’s hitting a bucket with a stick. But you have that wiggle room to define it for yourself.  We’re part of a movement of kids who want to grab at the golden era of rock and roll and continue to extend it to their own idea of what music should be.”

“I think a renaissance is happening,” agrees Lester.

Their music is a wonderful combination of edgy, heartfelt and fun to mosh to – which is a common occurrence at their shows.

Novacane got their start young.  The three came together over their love of pop punk. Their first gig was at their middle school talent show, and incidentally the first time Lester had picked up an instrument. It’s one of Lester’s favorite moments in the band. “It was the farthest thing from quality”, Lester says with a laugh. “But it was a good time.”

Winona joined the band that next spring, when Novacane needed a drummer for Guitar Center’s Battle of the Bands in 2012. They wrote four original songs for the competition, that Latimer describes as “really, really, bad.”

As the band grew and improved, so did their venues. They spent many nights performing at the now-closed Boreal, a Eugene music venue catered towards minors. While the crowd at Boreal was small and composed of mostly families, the impact on Novacane was huge. “Even getting a small show at a shitty DIY place was monumental to us,” said Latimer. It was during that time that Novacane musically and literally grew up.

Listening to the boys reminisce about their roots is surprisingly endearing. Lester and Latimer’s give and take come naturally, like siblings. They both tease drummer Winona on his silence during the interview, but you can tell the jokes are kind-hearted. The band recognizes this as well. When I ask them about it, they make jokes, but they all choke up and sentiment is clear. “These guys are like my brothers,” says Lester.  It’s one of the things I like most about Novacane. For aspiring rock stars, they’re not afraid to have a bit of a soft side.

These days Novacane are regulars in the “house show circuit” of bands. Along similar indie sounds, such as Laundry and The Macks, Novacane spends most weekend nights playing to hoards of college-aged hipsters, crammed into a various collection of living rooms around Eugene. The community is surprisingly organized; each venue (in other words, each backyard, basement or the occasional sweaty bedroom) has an ironic name such as “Camelot,” or “The Emerald Palace” and is organized into various collectives. Blue-Plant, the most prominent organizer, was featured in the Oregon Daily Emerald last October. The community is important to them, both as a source of support and of competition, especially The Macks, who Latimer describes as some of our best friends.

“Playing at these massive packed out shows is incredible,” says Lester. “The people in the crowd are absolutely loving it, the band is loving it – everyone is just on the sort of on the same page right now. I don’t know – just really fucking cool being a part of it.”

But Novacane is a house show staple, and as they gain popularity, their opportunities grow. Whether in the form of their first album “Pretty Colors”, which came out in 2018, an increasing amount of shows or their upcoming tour with The Macks, Novacane is on the rise.

“In the past year we’ve been snowballing”, says Latimer. “The more we figure out who we are – the steps just keep on getting bigger and bigger and faster and faster.”

And Novacane is committed to taking it all the way. “It’s what always set us apart,” says Lester. “The majority of bands in the scene have college and will graduate with all these expectations. We don’t go to college. We just work and play music. Whether or not that makes us lesser people to society but I feel like as long as we have music – and it’s the only thing we have – that’s what’s going to separate us.”

It's Latimer who sums it up; “I think we’re riding that come up to something glorious.”