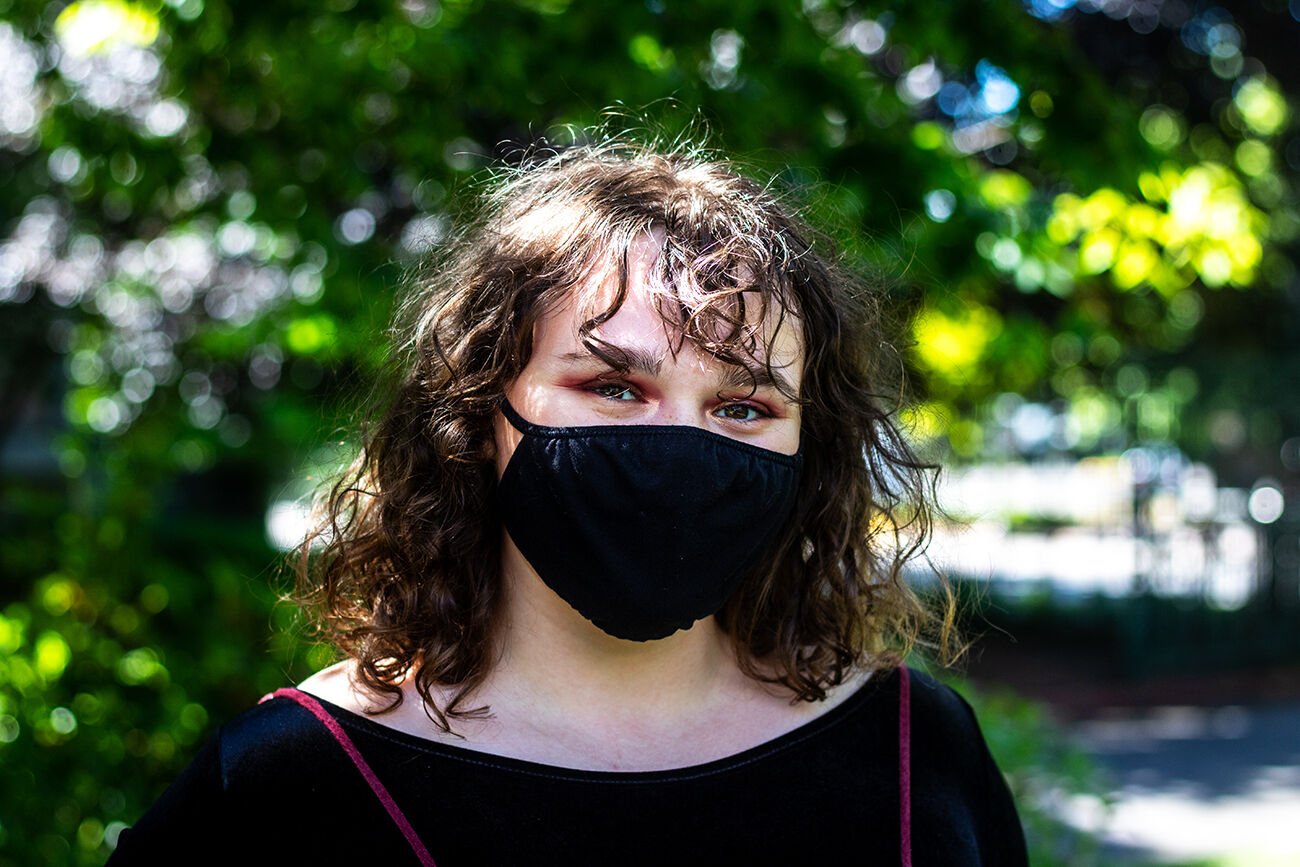 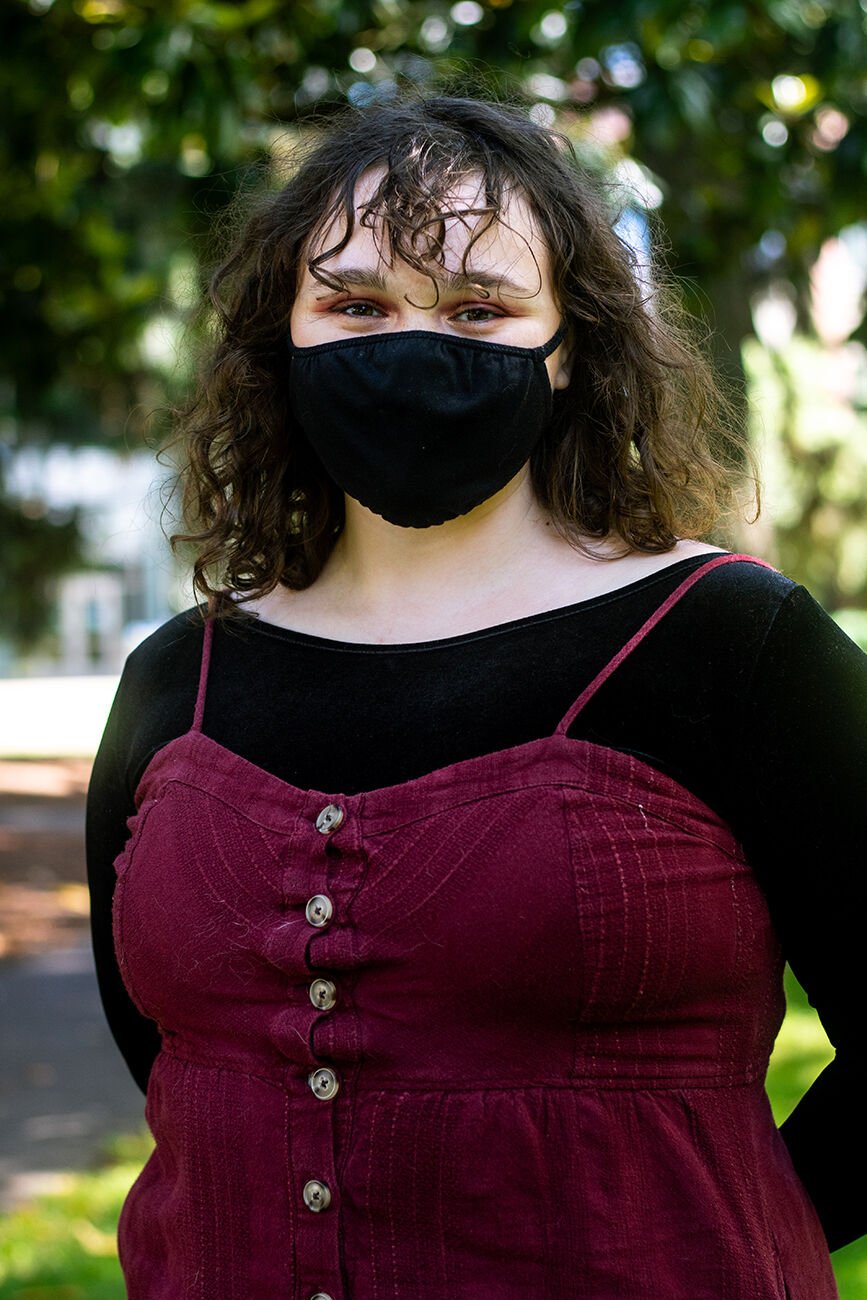 Theater venues have been shut down for over a year and there have been no in-person classes due to COVID-19. However, despite these circumstances many theatre students at the University of Oregon strived to make the most out of their college experience, especially this year's graduating seniors.

With plans to be on stage or work behind the scenes in their future careers, these seniors kept a "the show must go on" mindset since the switch to remote education. However, it wasn't easy, said UO senior Jessica Jaszewski.

"It was heartbreaking just to know that our entire senior year where you do a show or have senior nights would be online," Jaszewski said. "It kind of felt like you were losing a bit of your community because theatre is so in-person focused. It was hard."

Seniors Savannah Rogan and Dara Willmarth also expressed how weird and frightening the readjustment to online learning was for them.

“Acting classes on Zoom are not the best, but we've done what we can," said Rogan. "However, it's never going to be what it could have been and we missed out on a lot of opportunities that we should have had for this year."

Willmarth said she was scared at the start of the pandemic because she didn’t know how this would affect her and felt that students were left in the dark about whether or not the UO would remain online for the 2020-21 academic year.

"I was exceedingly frustrated and I knew this would impact my education," she said. Willmarth also said that she was more concerned as to how this would also affect the community that the theatre department fosters and losing connections with her peers.

Nonetheless, in the face of the obstacles that online learning created, seniors were able to adapt to this new lifestyle and learn something new from their classes.

For instance, Jaszewski and Rogan took a class named, "Zoom Acting" run by UO Theatre Arts faculty member John Schmor. In the class they learned how to prepare monologues for graduate school auditions, how to frame themselves on camera and the use of lighting.

Willmarth also took a playwriting class where students wrote 10-minute plays and had the opportunity to produce them on Zoom. "It was very rewarding and exciting," she said. "Had we been in person, I don't think all of our plays would have been produced or some would have been cut."

There were also a few other notable perks with theatre being taught or performed through Zoom.

"More people can see it. People that maybe wouldn't be able to go to a show in person," Rogan said. She said she also noticed students were more comfortable interacting with each other and putting themselves out there through a virtual setting.

While Jaszewski did not enjoy online learning, she said she's thankful this setting allowed the department to have important conversations regarding diversity and inclusion.

"I really appreciated that this sort of gave everyone the opportunity to safely come together and have a conversation that isn't normally had in a lot of theatre or educational departments, especially ones that are predominantly White," she said.

She said she hopes these discussions continue to work towards diversifying the department and that this encourages people who belong in theatre to join.

As they begin to say farewell to the UO, the seniors shared a common response to what they'll miss the most from being in the theatre department: the people.

"It's like a little family," Rogan said. "It's going to be weird moving forward without them."

Willmarth said that along with her friends, she'll also miss the professors who have supported her throughout and formed her education.

Jaszewski said that she'll miss the direct learning opportunities UO provided her and the ability to try something new such as a clown class or learning how to make props.

The seniors said there were also many resources and organizations that they encourage theatre students to join to meet new people or to gain hands-on experience.

One example is the Pocket Playhouse, a student-run organization that allows students to produce their own work and collaborate with others. Jaszewski said that Duck TV is a great resource for those who want to pursue film acting and also recommends looking into the Absolute Improv Club on campus.

"There are so many opportunities," she said, smiling. "You can be an actor and a playwright, or a director and a set designer. You can do all of those things in the department and try them all out."

Theatre is about immersing yourself in a creative space to tell stories and connecting not only with the cast and crew, but with the audience, Rogan said.

"I think theatre breathes compassion," she said. "You have to see outside of yourself in order to produce, be a part of or to watch it."

Joanna is an A&C reporter at the Daily Emerald. She writes about theatre, cultural events, and social justice issues.