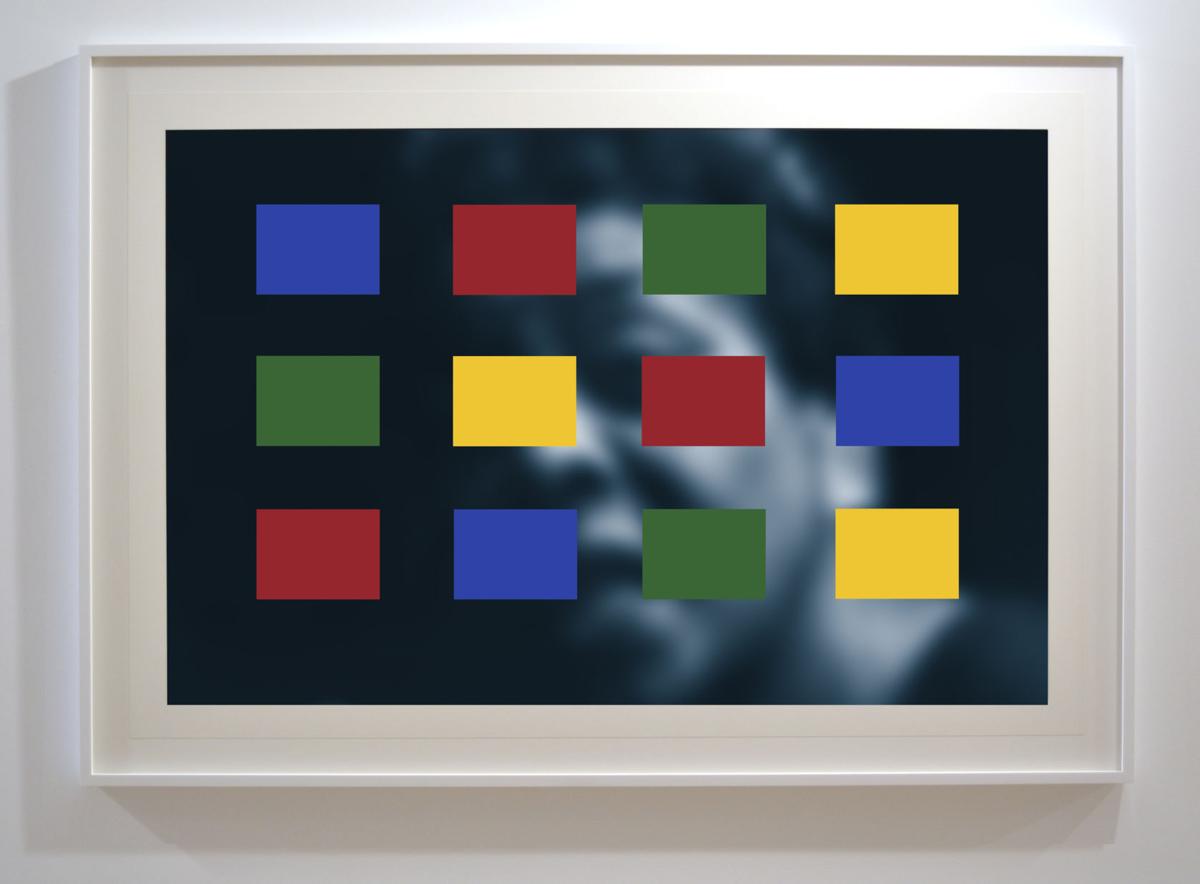 Color Reel and Imagined (Courtesy of the JSMA). 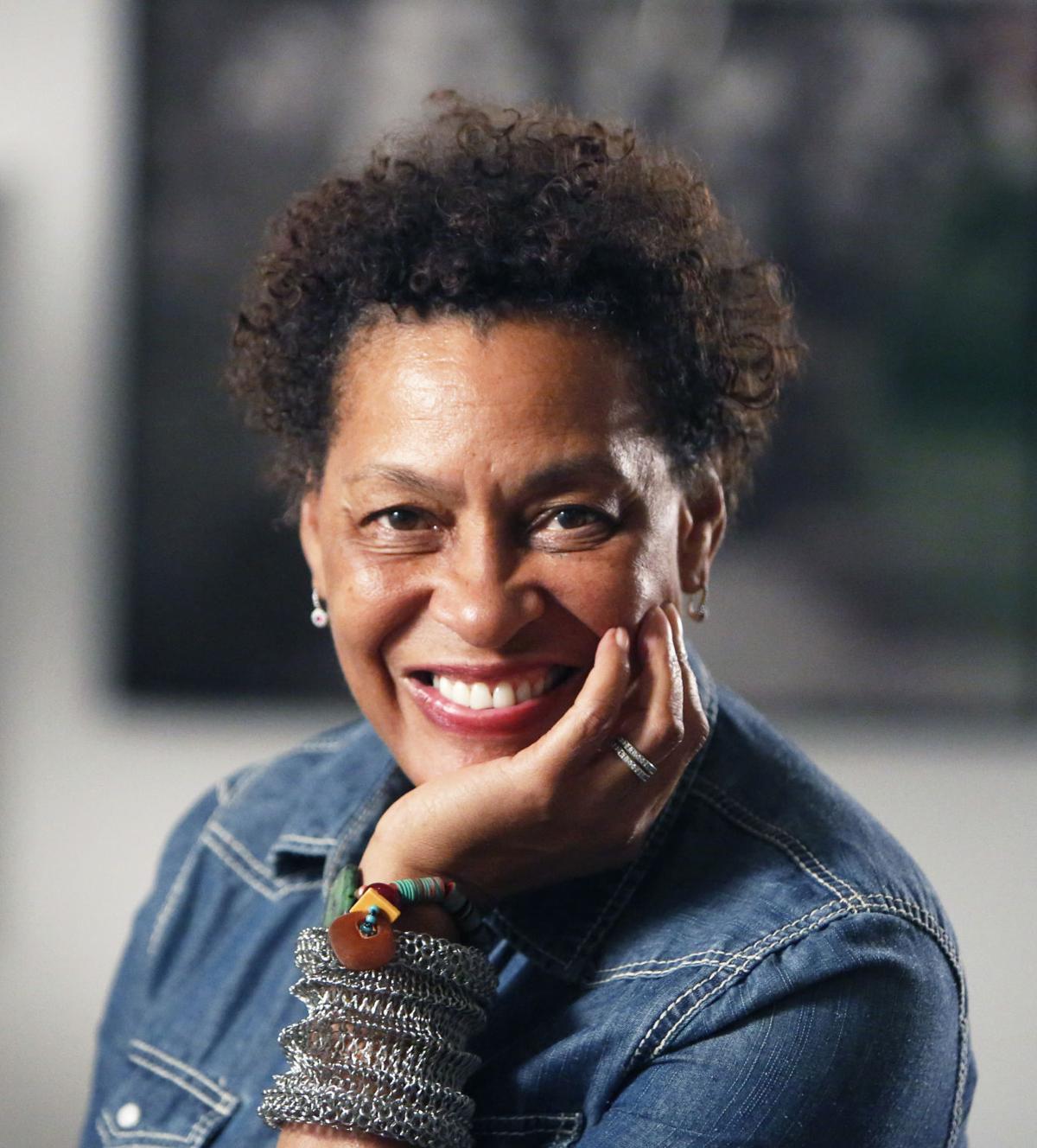 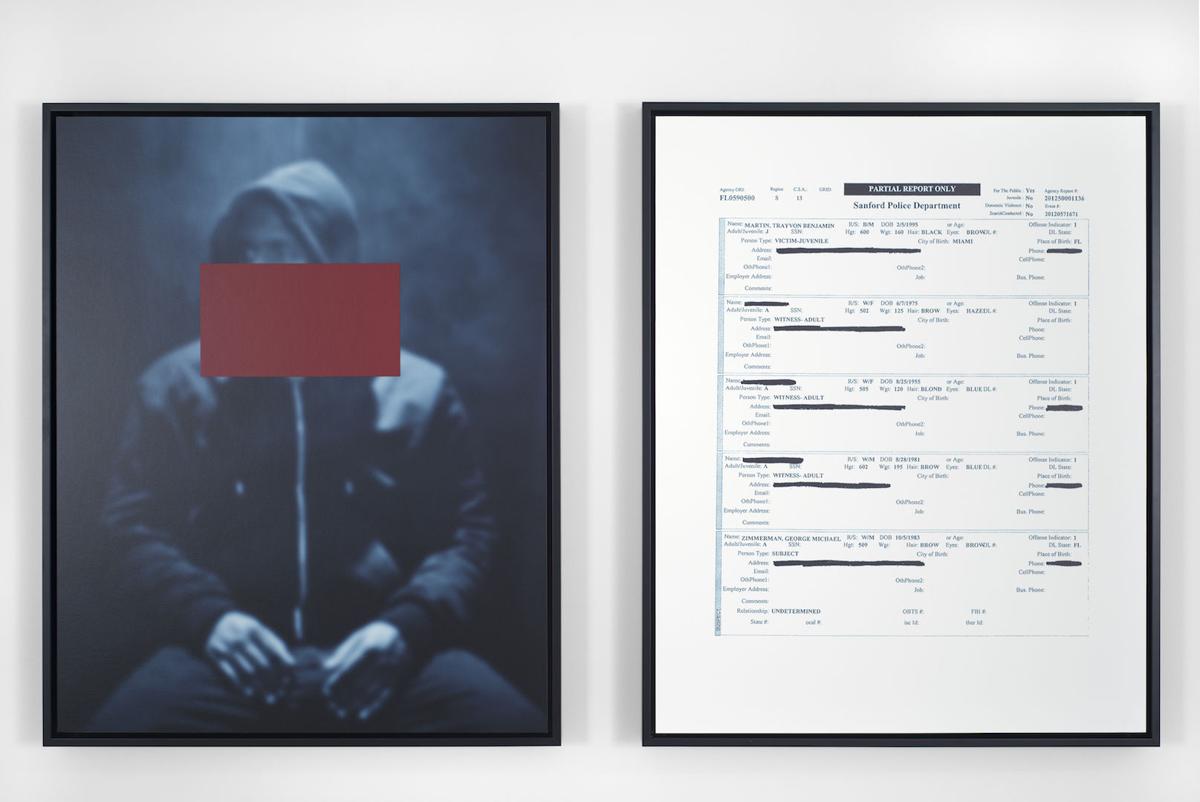 All the Boys (Blocked 2) (Courtesy of the JSMA). 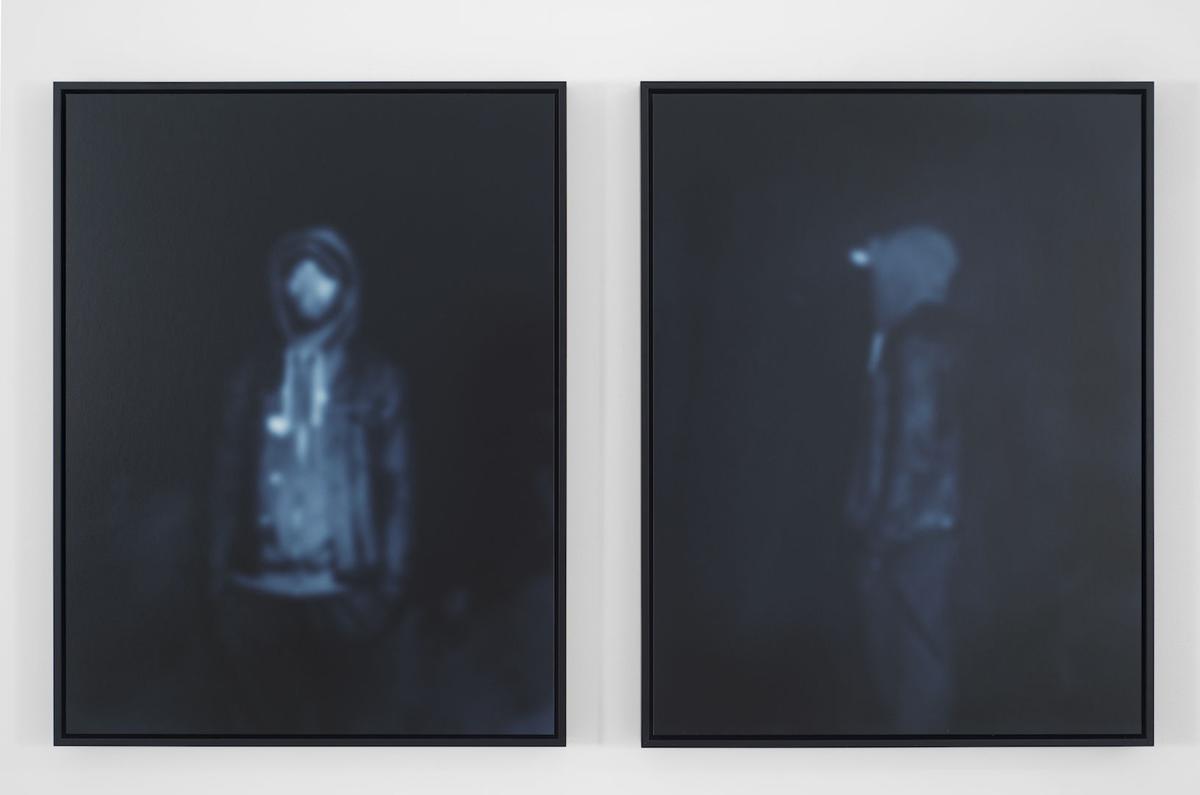 All the Boys (Profile 2) (Courtesy of JSMA).

Carrie Mae Weems’s voice booms through the halls of the Jordan Schnitzer Museum of Art with words of pain, empathy, and desperation.

“The man was rejected, the woman was denied. Time and time again, they were always stopped, always charged, always convicted. The numbers tell the story,” the tape of Weems’s voice echoes through the exhibition hall.

The exhibit room is dark with blocked windows, the only light present used to accentuate the pieces that adorn the Harold and Arlene Schnitzer gallery walls. Blurred images of people cover one gallery wall, another has symmetrical white canvases filled with simple but painful descriptions of the victims, another captures police dashcam footage frozen in time on canvas, and in the back of the exhibit is a nook where a video plays on loop filled with images and voices of people, death, and poignant artistic expression.

The Usual Suspects is an exhibit from Portland born artist Carrie Mae Weems, famous for her engagement in American culture and the problems that lie within. Through videography, photography, audio, and stated facts, the exhibit is immersive and touching, showing a vivid tale of death, loss, and unnecessary violence.

This exhibit addresses the creation and nature of racial identity head on, more specifically the association of black men, women, and children with criminality and the killings of black bodies without consequences. Each piece within the exhibit takes a different approach in depicting all of the dynamics of this deep and brutal relationship between race and police brutality

Through repetitive statements and art pieces, color blocks, blurred images, stated facts, and a descriptive video, this exhibit shows the many sides of a decades long story. While this exhibit only covers deaths of black people due to criminality in the last few decades, this problem has existed for generations due to institutionalized racism. Weems' entire body of art dives into racial issues spanning throughout decades of history, and the Usual Suspects is a small piece of the puzzle of over 40 years of her work.

“Carrie Mae Weems speaks about histories and issues and questions that get to the heart of what this country has long claimed to be, and has never achieved — being a nation that offers an equal measure of freedom and dignity to all of its citizens, regardless of race, color, or creed. Her works ask tough questions, and they are ones our society has yet to answer,”said JSMA Executive Director John Weber in an email.

Visitors are presented with infamous stories that spent weeks in the news nationwide and became a part of America’s somber history of the criminality of people of color. The deaths of Laquan McDonald, Tamir Rice, Eric Garner, Tanisha Anderson and many more are revisited and presented artistically in each aspect of the exhibit. Viewers are able to experience it piece by piece as they move throughout the hall and construct their own image of this story and gather their own experience from it.

“I hope everyone will experience the exhibit with an open minded mindset because I think that assumptions and stereotypes are causing more harm than good. Viewers should walk in with the open mindedness to experience something that may impact them. I really believe that art can change you if you let it,” said Williamson.

The Usual Suspects is on view at the JSMA until May 3. in the Harold and Arlene Schnitzer Gallery. The JSMA is open Thursday through Sunday from 11 a.m. to 5 p.m. and it is open on Wednesday from 11 a.m. to 8 p.m. Entry is free for all University of Oregon students, faculty and staff and for children who are K through 12. Admission is $5 for adults and $3 for Seniors.