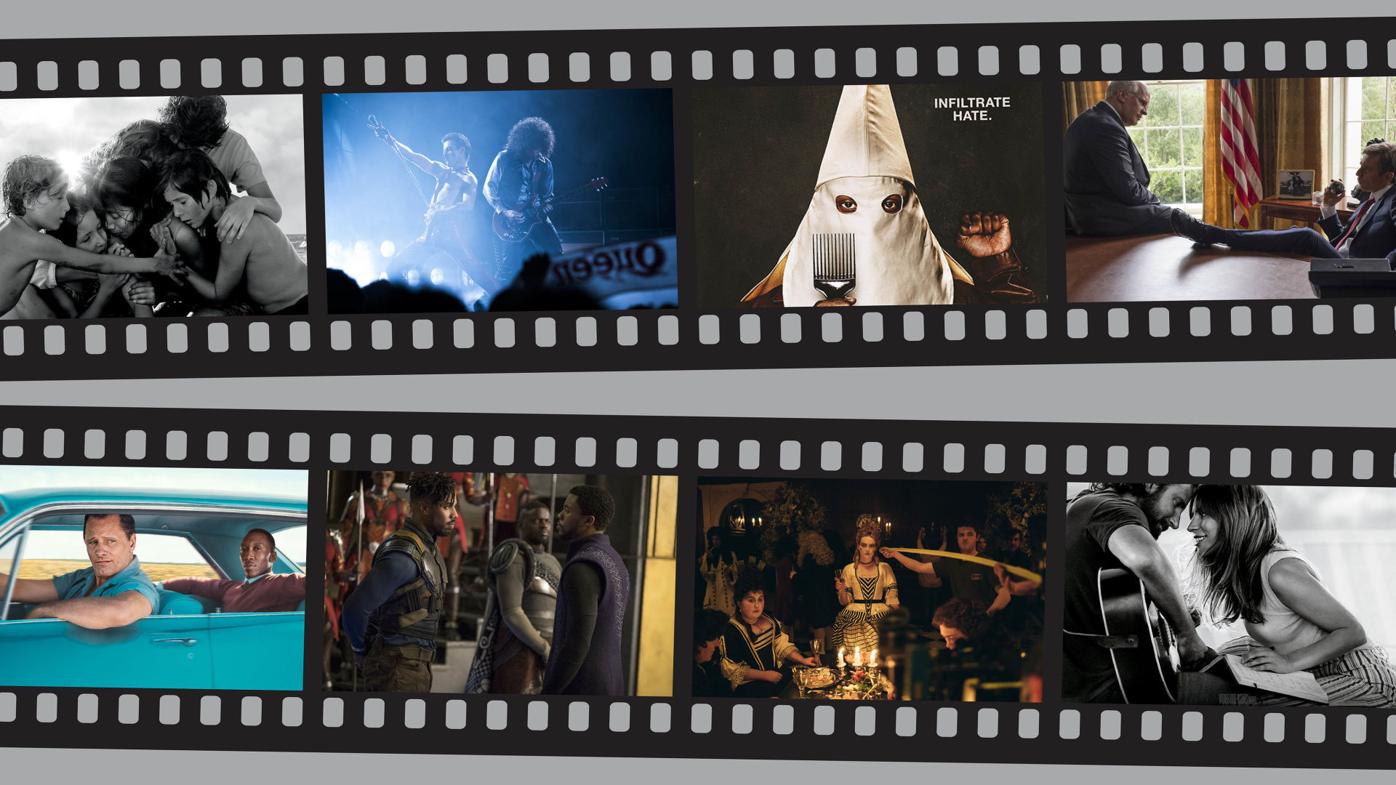 The Academy Awards has made prior efforts to increase inclusivity within its membership and nominees, and still has minimal representation. (Photos courtesy of Disney, Twentieth Century Fox and Annapurna Pictures. Photo illustration by Kelly Kondo/Emerald and Maisie Plew/Emerald). 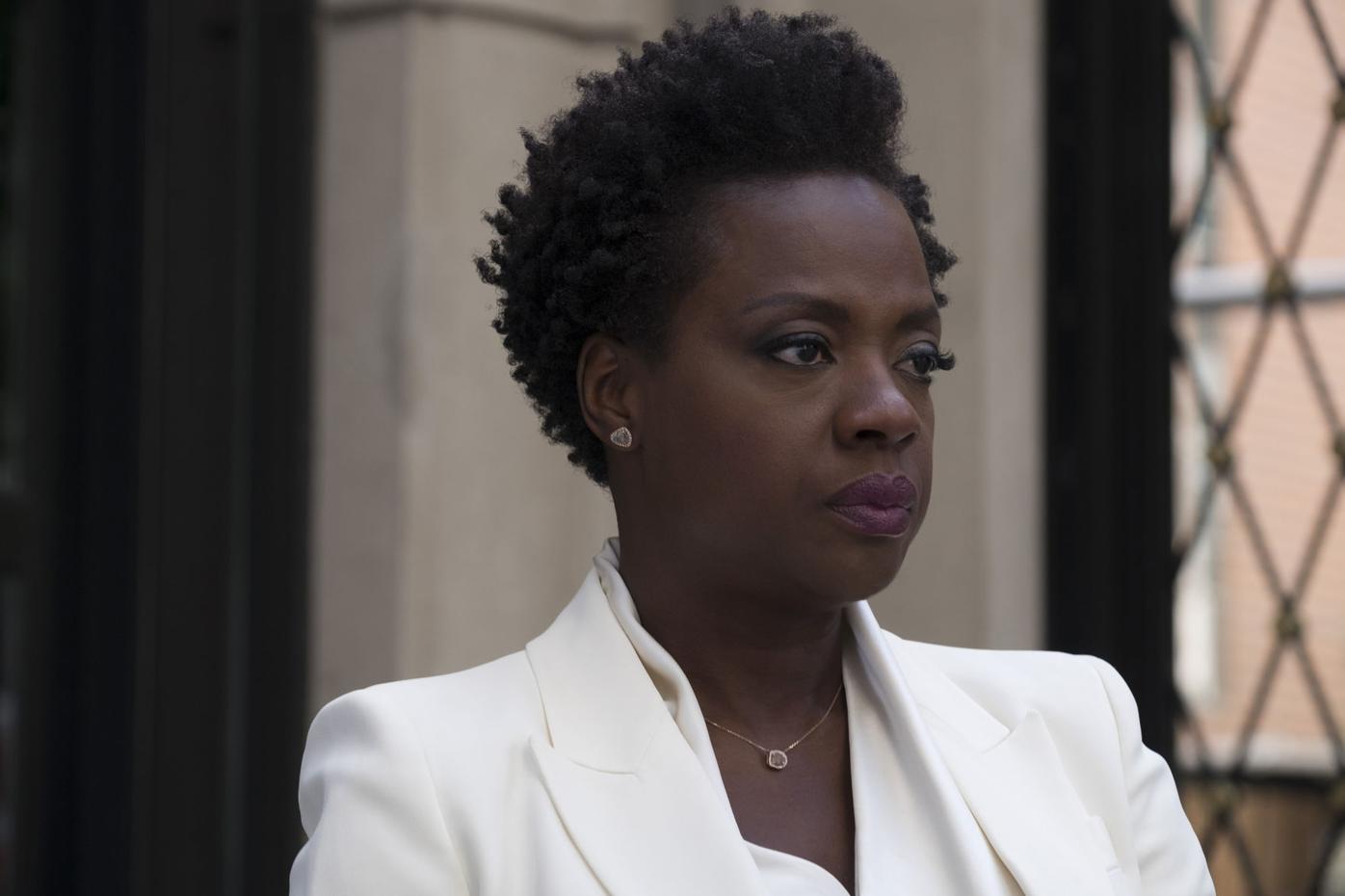 Some excellent performances by female actors have been ignored by the Academy, including Viola Davis’ performance in “Widows.” (Courtesy of Twentieth Century Fox) 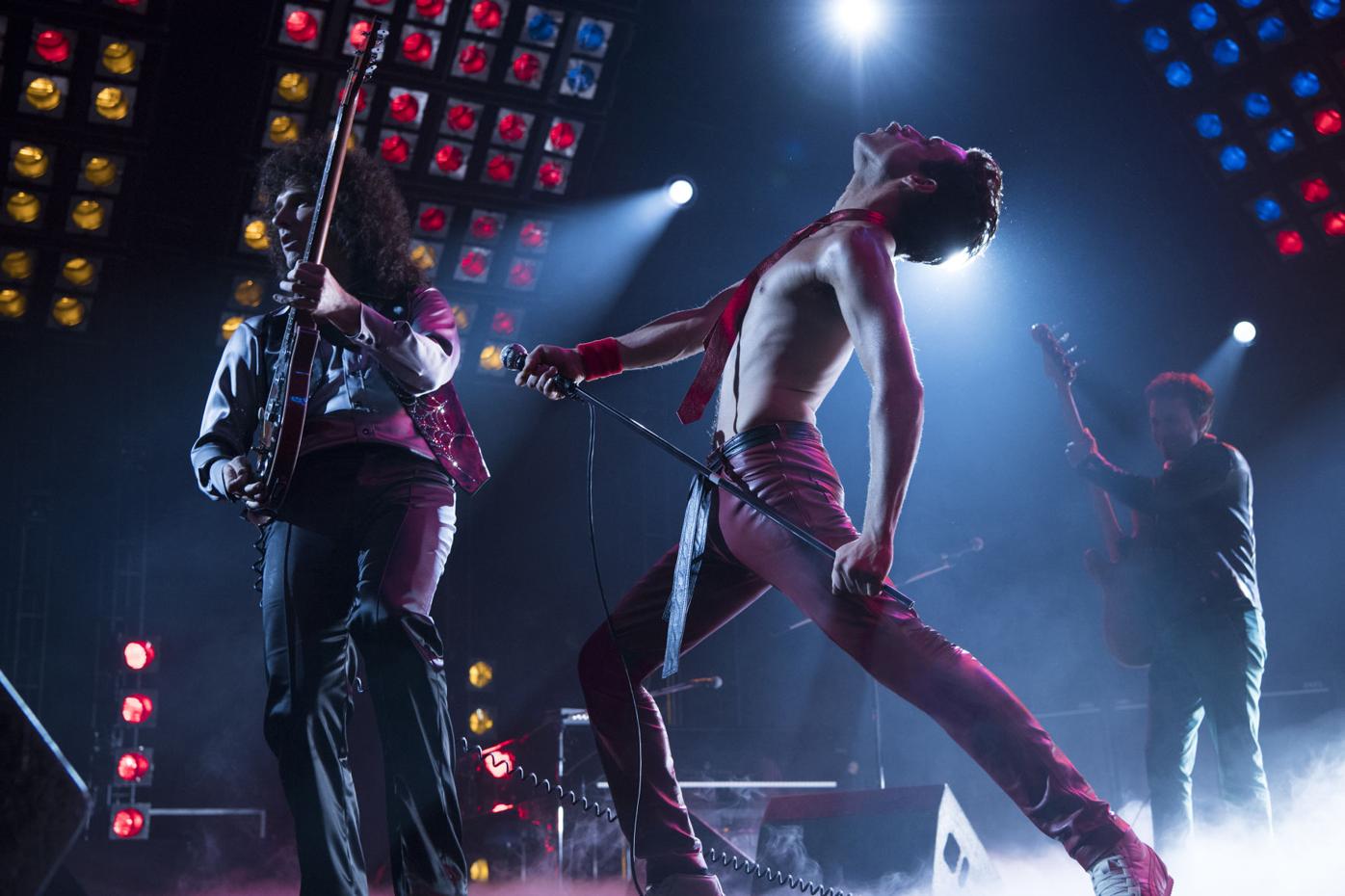 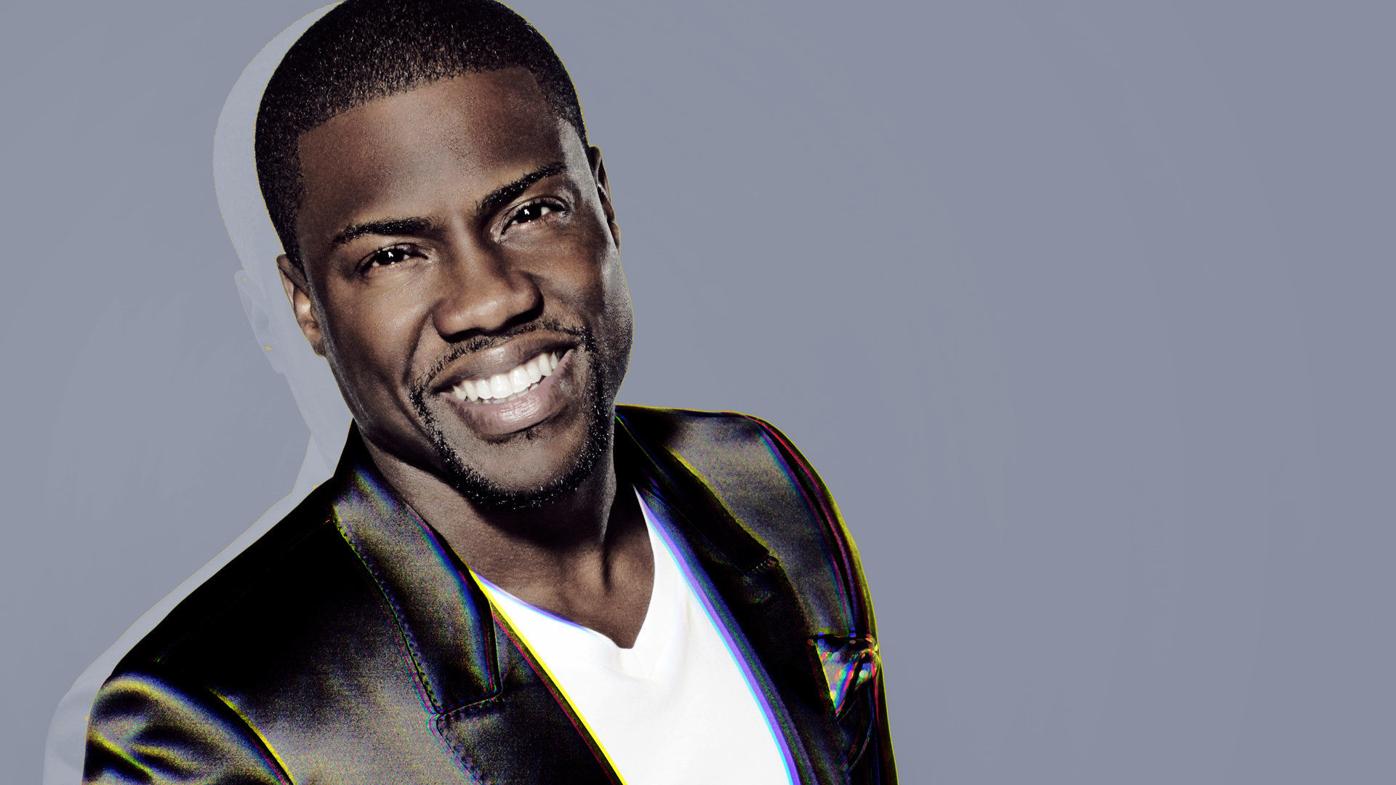 Kevin Hart recently stepped down as host of the 2019 Oscars, amid controversy regarding past homophobic comments he made on Twitter. (Courtesy of celebrityabc/Creative Commons)

The Academy Awards is one of the most revered and anticipated film awards ceremonies in the United States. Members of the Academy of Motion Picture Arts and Science choose the nominees and winners, which are viewed as the best films and talent of the year. But its winners and nominations seldom reflect the broad range of cinema the world has to offer.

While the Academy Awards has made the aforementioned efforts to increase inclusivity within its membership and nominees, they only began these actions after negative publicity. The Academy Awards has struggled with viewership as of late, with a loss of 19.83 million viewers from 2000 to 2018.

The Academy Awards has a history of making drastic changes to increase viewership of the awards ceremony, such as the proposal of a most popular movie category this year, which was later rejected due to critical unpopularity. Many critics and members of the Academy, such as Laura Dern and Steven Spielberg, are uncomfortable with the inclusion of this category. This move is viewed as a ploy for more viewership of the Oscars, ignoring the quality of the content over box office numbers and possibly snubbing deserving films of a Best Picture nomination. The suggestion was scrapped for this year by the Academy due to the high number of such complaints. With the American political climate becoming increasingly intersectional through equality movements such as #timesup and #metoo, it is advantageous for the Academy Awards to embrace equality, even if their publicity doesn’t reflect their actions.

The Academy Awards are also problematic conceptually. Cinema is subjective and highly biased, and producers use a variety of tactics to influence voters. Many films and filmmakers promote their material for the Academy award, sending screeners to members of the Academy. But independent films may not have the finances to promote their films to the extent of larger-budget movies. The Oscars are a financial business, rather than a creative one, from their choices in nominees to high profile hosts.

Host choice has historically been an issue at the Academy Awards. Kevin Hart recently stepped down as host from the 2019 Oscars amid controversy regarding past homophobic comments. In an interview with Ellen Degeneres, Hart became emotional, claiming that the reemergence of the tweets were meant to “destroy me” and, “this was to end all partnerships, all brand relationships, all investment opportunities, studio relationships” and so on. While Hart does apologize in the interview, he emphasizes that the tweets were from “10 years ago” and claims that no one will accept his apology. Instead of explicitly apologizing to the LGBTQIA3+ community, Hart used his platform as a paranoid self-defense mechanism. Hart consequently quit the Oscars, and this year’s Academy Awards officially has no host for the first time in 30 years.

This is not the first time the Academy has chosen problematic hosts, such as 2013 host Seth MacFarlane. MacFarlane was known to make sexist and racist jabs in his television programming, so his blackface joke, song “We Saw Your Boobs” and various offensive quips throughout the ceremony should not have been a surprise to the Academy. Not only does the Oscars rarely nominate minorities in its categories, but its hosts are often in poor taste. A simple Twitter search could have revealed Hart’s homophobic comments, yet the Oscars only seems to value the maintaining of household names.

There is still hope on the horizon for the Oscars, with some encouragingly intersectional nominations this year. Best picture nominees “Black Panther” and “BlacKkKlansman” blossom with Black pride in their cast, crew and thematic message. Best picture nominees “The Favourite” and “Bohemian Rhapsody” both include LGBTQIA3+ characters. “Roma,” tying the pack with “The Favourite” for 10 nominations, is one of the few foreign language films to be nominated for best Best Picture and Best Foreign Language film and is most likely to win both. The film highlights the life of an indigenous Mexican woman, a subject rarely explored. And lastly, Hannah Beachler is the first African American woman to be nominated for production design.

However, much controversy abounds with the “Bohemian Rhapsody” nomination, as director Bryan Singer is accused of sexual assault. The film is also poorly critically received, with a 62 percent on Rotten Tomatoes and is factually inaccurate in its depiction of events surrounding Queen and Freddie Mercury. “Green Book” is also somewhat lackluster in its depiction of race relations, never making a concrete stand on police brutality through the basic idea that there are good and bad cops.

Many of this year’s most brilliant performances and films have been snubbed, mainly due to their independent statuses. These films have very little opportunity to promote themselves within the Academy. Independent films “Blindspotting,” “You Were Never Really Here,” “Revenge,” “Madeline’s Madeline,” “The Rider,” “Vox Lux”  and “Oh Lucy” exhibited some of the most innovative cinematic work of the decade, yet weren’t recognized. Mainstream projects “Eighth Grade,” “Widows” and “The Tale” also received no love.

Despite the lack of recognition, it has truly been a remarkable year for female actors, with the best performances of the year all contributed by women. Some excellent performances tragically ignored by the Academy include Elsie Fischer (“Eighth Grade”), Viola Davis and Elizabeth Debicki (“Widows”), Laura Dern (“The Tale”), Maggie Gyllenhaal (“The Kindergarden Teacher”), Natalie Portman (“Vox Lux”), Mary Elizabeth Winstead (“All About Nina”) and Regina Hall (“Support the Girls”). Daniel Kaluuya has also proven his incredible range this year, with scene-stealing moments in “Black Panther” and “Widows.”

The Academy Award nominations prove yet again that the Oscars are simply a publicity stunt to gain recognition for the top filmmakers and actors in the industry, rather than support raw talent. While the Academy attempts to increase its diversity, the very concept of choosing films is arbitrary, due to personal bias and the objective nature of enjoyment.

What will win: “Roma”

What should win: “The Favourite”

Although “Roma” is the favorite, with seasoned director and cinematographer Alfonso Cuaron at the helm for his gorgeous cinematography and direction, the film lacks the deep character development invested into “The Favourite.”

Bradley Cooper, “A Star Is Born”

Who will win: Rami Malek

Who should win: Christian Bale

While Rami Malek does an excellent job transforming himself into the role of Freddy Mercury, Christian Bale’s spot-on performance as Dick Cheney, beset with exact mannerisms, is the clear relic. However, “Vice” is a highly contentious film and Cheney is known for transformative performances, while it’s Malek’s first time in such an impressive role.

Lady Gaga, “A Star Is Born”

Melissa McCarthy, “Can You Ever Forgive Me?”

Who will win: A toss up between Glenn Close and Olivia Colman

Who should win: Melissa McCarthy

Glenn Close and Olivia Colman both provide outstanding performances in their respective roles, testing the limits of acting. Even so, Melissa McCarthy wins the spotlight for her quietly moving performance that deviates from her usual characters.

Sam Elliott, “A Star Is Born”

Richard E. Grant, “Can You Ever Forgive Me?”

Who will win: Mahershala Ali

Who should win: Sam Elliott

Although Mahershala Ali is a brilliant actor, he doesn’t have much to work with in “Green Book’s” cliched script. However, he is the rumored favorite who won the Best Supporting Actor Golden Globe this year. Sam Elliot provides another nuanced performance in his underrated acting career which should be acknowledged.

Who will win: Regina King

Who should win: Regina King

Regina King is far and above the clearly deserved winner in this category for her movingly genuine acting chops.

Who will win: Alfonso Cuarón

Who should win: Yorgos Lanthimos

This category all comes down to the rivalry between “Roma” and “The Favourite” in regards to personal preference. “The Favourite” is the weirder film and although more deserving, won’t win against crowd pleaser “Roma.”

“Of Fathers and Sons,” Talal Derki

Who should win: “Minding the Gap”

“Minding the Gap” is one of the best documentaries to come out in decades, portraying the everyday lives of the director’s childhood friends with insights on oppression, race, poverty and violence against women. “RBG” will most likely win due to the popularity of its subject matter, but “Minding the Gap” should not be ignored.

Who will win: “Roma”

Who should win: “Shoplifters”

“Roma” is the overall favorite film of 2019 and a sure win for Best Foreign Language Film. Character study “Shoplifters,” is the the more nuanced and retrospective film, a love story about the broken bonds of a chosen family.

This article has been corrected to be more factually accurate.

Ilana is Arts and Culture Editor at the Daily Emerald. In her free time she likes to collage, go to concerts and watch way too many movies for her own good.