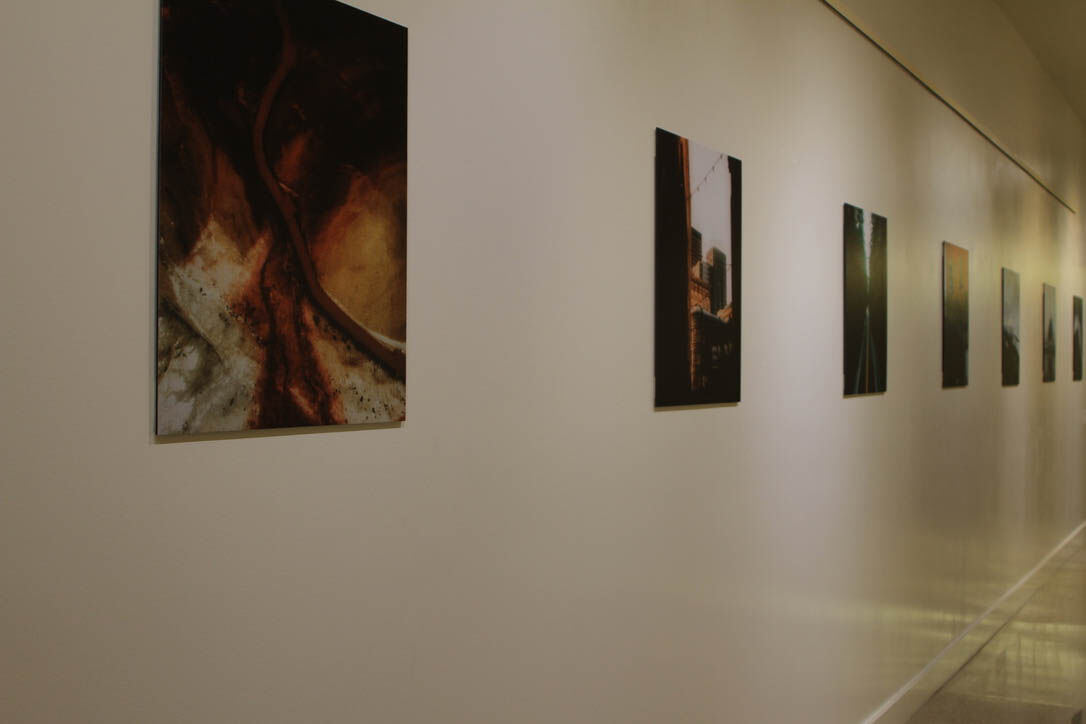 This exhibition runs from October 30th through December 3rd in the EMU’s Adell McMillan Gallery. Closing Reception day is December 2nd at 6:00 PM, and, according to the University of Oregon Events Calendar, refreshments will be provided! “Solitude” is a new exhibition currently being featured in the Adell McMillan Gallery in the EMU. The Artist, Ugandan photographer Desire Rukundo, composes digital images of nature, people, and cities, with a particular focus on movement, inspired by solitude.. (Sam Henry // The Daily Emerald) 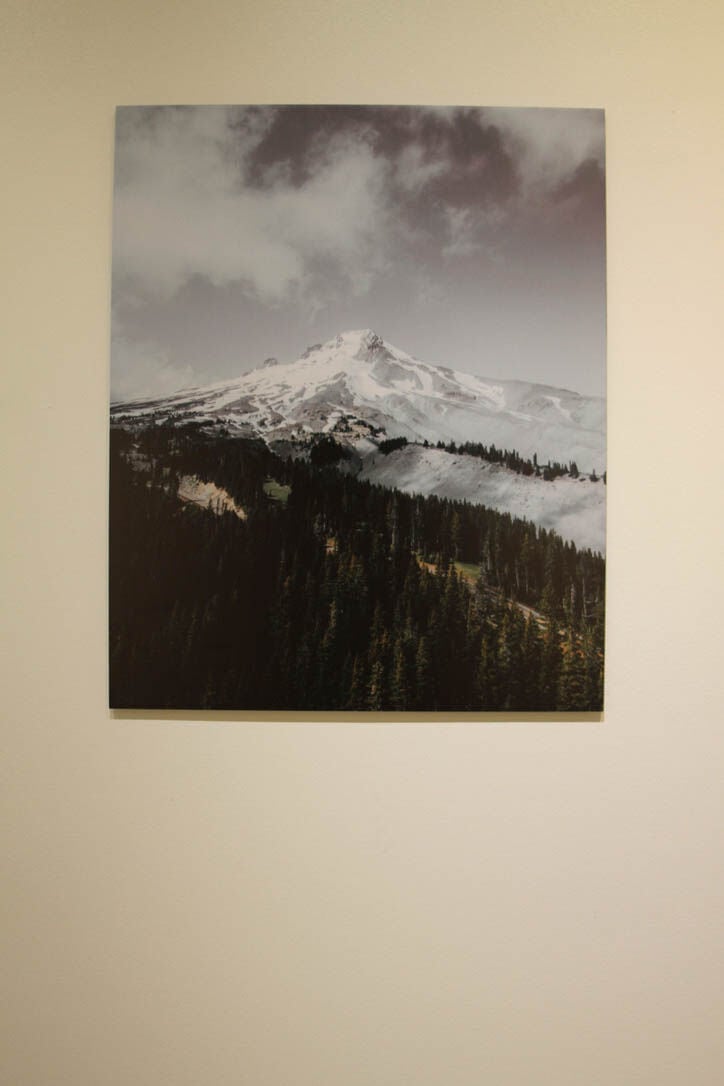 Travelling, Rukundo notes, has been one of the main contributing factors in creating their unique style of photography and visual art. Over the years, they have been to Redwoods California, Brookings, Oregon, Istanbul, Sweden, Mozambique, Togo, Kenya, Austin Texas and many other places that made a profound impact on the way they see the world. “Solitude” is a new exhibition currently being featured in the Adell McMillan Gallery in the EMU. The Artist, Ugandan photographer Desire Rukundo, composes digital images of nature, people, and cities, with a particular focus on movement, inspired by solitude.. (Sam Henry // The Daily Emerald)

Staring deeply into the photos of Desire Rukundo brings you into his perspective. One of the photos captures the non-traditional angle of a horseback rider, framing the horse’s head in front of the riders. This unique angle creates a fresh look of the pair.

The nature and cityscapes of the Pacific Northwest are emphasized by the shady depths of his photos. Many of the pieces in this series are taken with the use of a drone, which gives you the bird's eye view of the lush forest that many Oregonians only dream of seeing for themselves. Each photo shows Rukundo’s eye for the overlooked parts of landscapes and cityscapes.

“SOLITUDE” is the new and intriguing photo exhibit at the Adell McMillan Gallery in the Erb Memorial Union, featuring a diverse collection of landscapes, cityscapes, monuments, roads and forests.

After moving to Salem, Oregon, from Kampala, Uganda, six years ago, Rukundo went into a Walmart and purchased some sketchbooks. After many sketches featuring his love for weird shapes, like one line drawings of faces, he wished for something new.

“I have to find a hobby that kind of speaks to me that I would want to do every single day and meet people, make connections, and whatnot,” Rukundo said. With a summer job he slowly saved up for a new interest — photography. After another Walmart run, he returned with a Canon Rebel T6, his first camera.

His first endeavors with his camera consisted of many photoshoots with friends and people who hired him. For the first four and a half years with his first camera, he grew his skills and experience.

“I've done weddings with it. I've done shoots with Wrangler jeans with it, I've traveled with it, I take it everywhere, like the beach, everywhere. Literally, every time I go to work, I have my little backpack,” Rukundo said. Building a network with people and brands has helped to grow Rukundo’s strengths in photography.

Since starting on Instagram, he has grown his following to over 18,000. Even with that many people following his work, he still enjoys seeing people's reactions. When his mother or a friend takes him somewhere, even in Salem where he has taken many photos, he still finds new perspectives on familiar places.

“People live in an area, but they just don't appreciate how beautiful it is until you get to photograph it,” Rukundo said. Helping people see something new with different angels and times of day helps draw in more people to Rukundo’s images.

“His style is more muted. And, although he might have darker tones or more calm essences to his pictures, I think they bring so much power,” Kundai Kapurura, the gallery assistant who helped organize the event, said.

Kapurura wanted to allow Rukundo to share his work on campus and with the greater community. The shadowy images reveal a beautiful moment in time in Oregon that Oregonians and people from out-of-state can both appreciate.

The exhibit will be on display through Dec. 3 for students, faculty and visitors to enjoy the nine magnificent prints between classes or while studying in the gallery. A closing reception for the gallery will happen on Dec. 2 at 6 p.m. within the exhibit.

I am an Arts and Culture reporter for the Daily Emerald. I also work on the Turning Tunes podcast and at KWVA as DJ Pahvi. I'm heavily interested in music, art, books, and DJing.