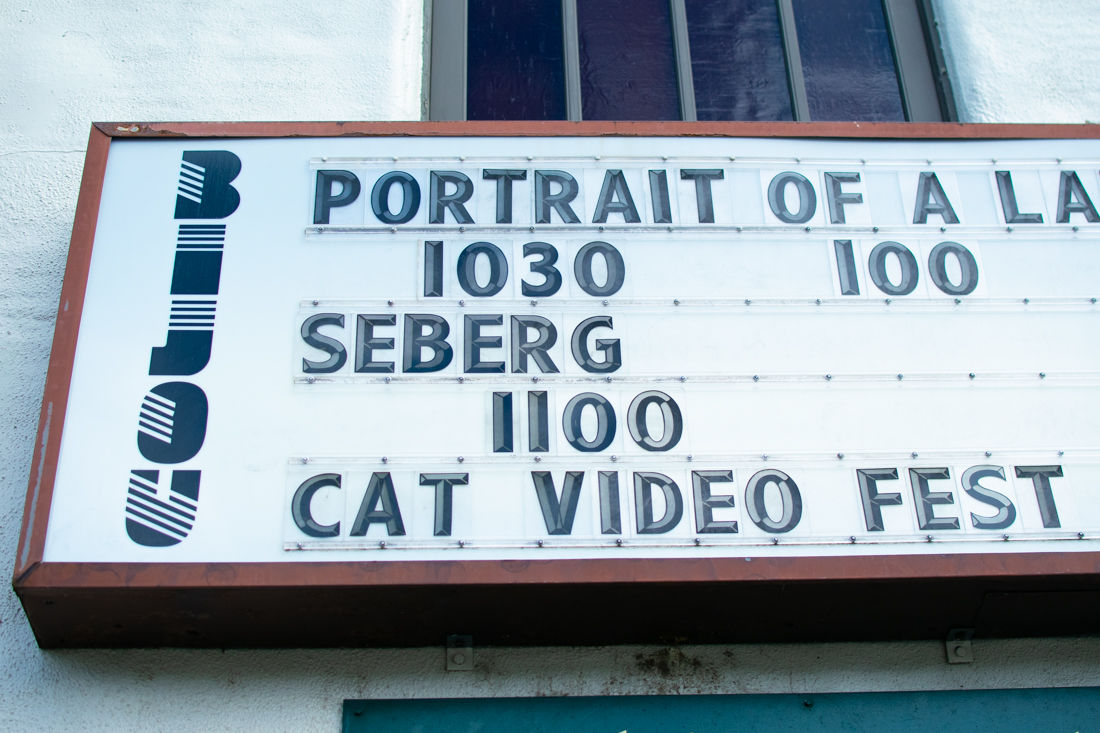 Bijou Art Cinemas features the CatVideoFest on Sunday March 1, 2020. The festival is a compilation of cat videos with the proceeds going toward animals.(Kimberly Harris/Emerald) 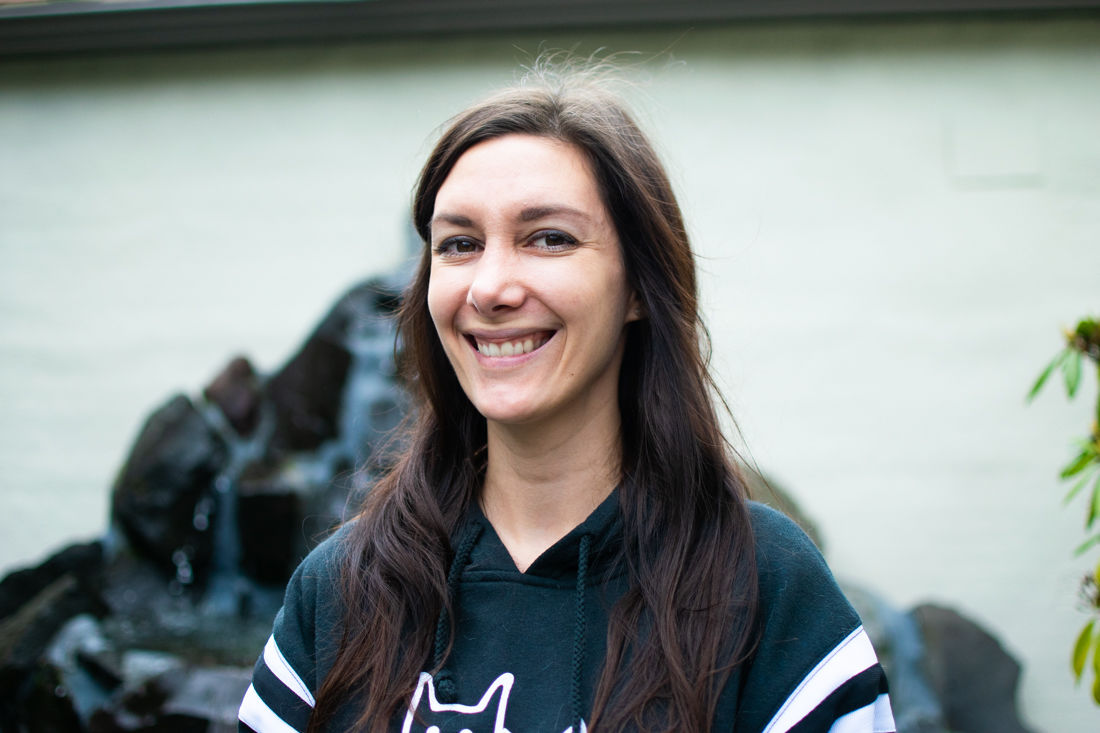 Bijou Art Cinemas features the CatVideoFest on Sunday March 1, 2020. The festival is a compilation of cat videos with the proceeds going toward animals.(Kimberly Harris/Emerald)

If you’ve been to the Bijou Art Cinemas in Eugene, you may know of Boo the Cat. When you walk in, framed photos of her sit to your left, and a memorial slide is included in the slideshow that plays before each film. Boo lived to be 23 years old and 24 pounds, but she died in 2009. She once belonged to one of the employees of the theater. Though she’s been gone for over ten years, her memory still lives on at the Bijou.

Cats are being celebrated at the theater this year with CatVideoFest: a compilation of cat videos with the proceeds going toward animals. Though the CatVideoFest has been an annual event for five years, the Bijou hopped on board last year. The theater sold out almost immediately, causing them to have to add more than one showtime. This year, the event sold out quickly and they’ll be adding more dates, though the exact times are to be determined.

The Bijou is full of animal lovers, says owner Julie Blonshteyn. That’s why they instantly jumped on the opportunity to host the annual CatVideoFest. “I thought, ‘That’s a no-brainer, of course we’re going to do that,’” said Blonshteyn.

The CatVideoFest is being shown this year in more than 100 cities throughout the United States. It’s only being shown in theaters because the proceeds get donated to local animal shelters and animal charities. In Eugene, the Bijou will be donating to the Greenhill Humane Society and the Willamette Animal Guild.

The Greenhill Humane Society and Willamette Animal Guild shared a table in the lobby of the Bijou, providing information about the organizations. At that table was animal advocate and veterinarian Katie Gray.

Gray works for WAG and is currently working on a project with the DMV: Oregon Loves Its Pets license plates. The plates would show a picture of a cat and a dog and all of the profits raised go to spay and neuter programs in Oregon. At the table, she passed out information detailing the plan.

Gray has been involved with spay and neuter nonprofits for more than six years. “It’s a huge part of creating a more humane community where we’re not struggling with pet overpopulation,” she said. “It also keeps animals out of shelters.”

The Bijou was packed with animal lovers this Sunday, ranging from toddlers to adults. The line was almost out the door as cat connoisseurs waited to enter the theater. The movie itself was 70 minutes long, a continuous stream of cat videos you’d likely see on the internet: cats getting scared by their own reflection, sleeping in strange positions and making funny sounds.

Though most of the videos were short, classic cat videos that most internet users have seen by this point, there were also animated videos, as well as longer, more documentary-style clips.

The theater was filled with laughter throughout the afternoon, a wholesome and family-friendly event that united people with something so simple, all for a charitable cause.

“We love doing it and hope to do it every year,” said Blonshteyn.