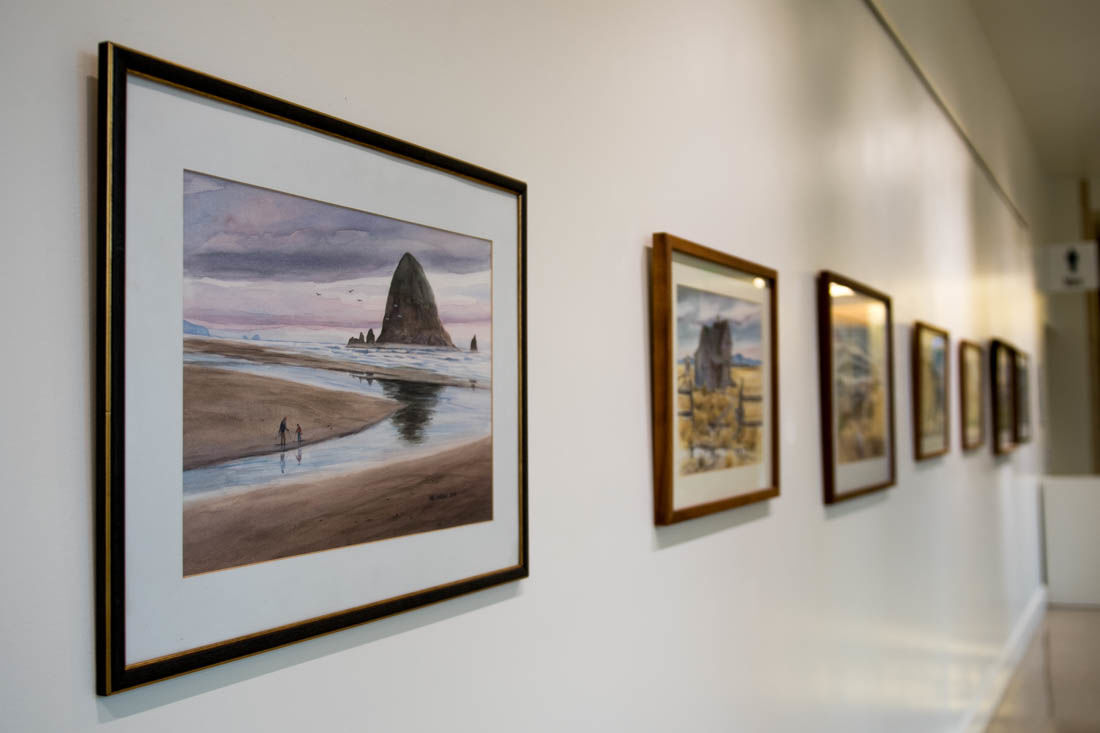 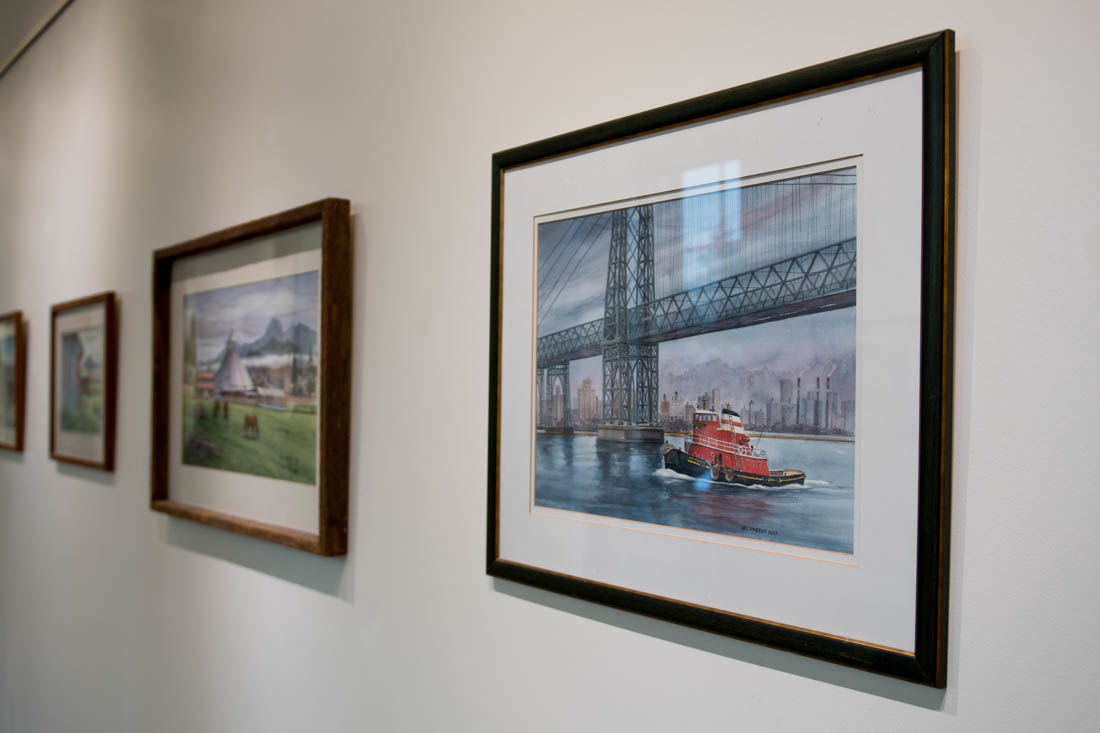 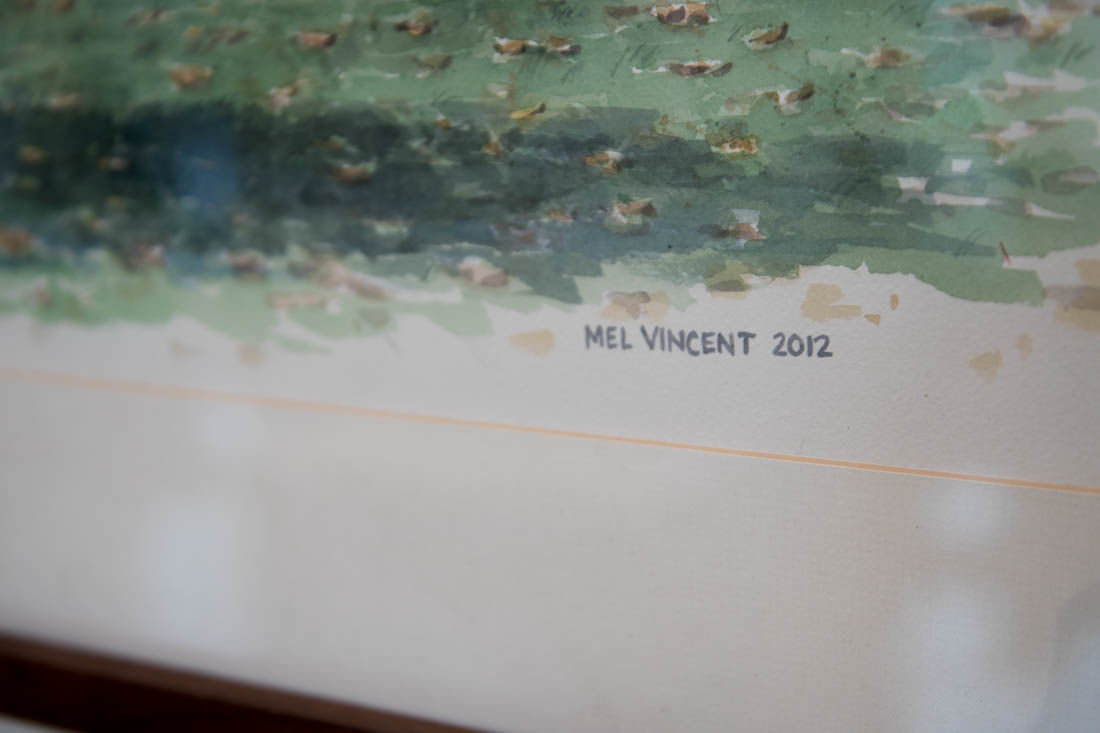 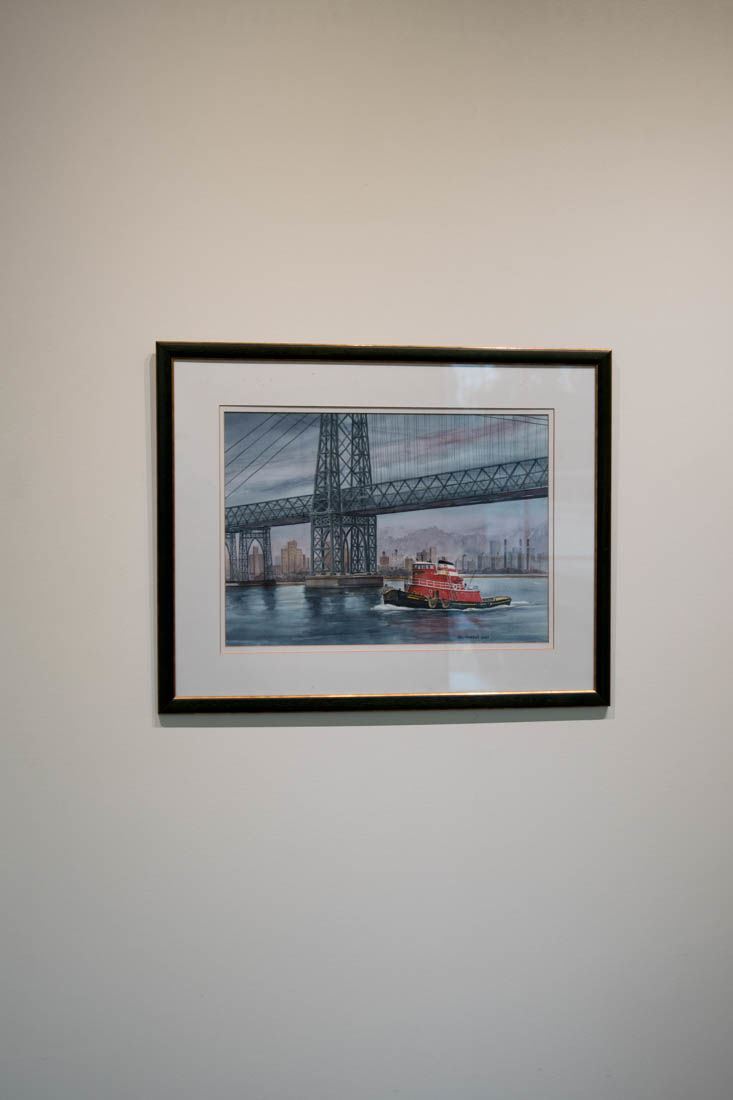 Traveling through mystical farms, deeply carved valleys, along the rugged coast, through the forest, down suburban streets, and up towering buttes, the Art of Mel Vincent exhibit feels like a road trip throughout Oregon’s most beautiful scenery. In just 15 paintings, spectators are able to see 60 years of Oregon history through the eyes of a lifelong artist and local Eugenian.

From now until Feb. 8, the Art of Mel Vincent exhibit is on display at the Adell McMillan Gallery in the Erb Memorial Union at the University of Oregon.

Mel Vincent was born in Nampa, Idaho, in 1925 and spent most of his life chasing his passion for art. He joined the Navy immediately after he left high school but after three years of serving, he had the chance to fine tune his talents as an artist. After his time in the Navy, Mel attended an art school in Minnesota which led to 14 years of working artistically centered jobs. He then went on to live in Sacramento, California for a couple of years until life landed him in Eugene, Oregon in 1962. He has lived here ever since. Although he was born and raised elsewhere, his paintings feel like they were made by someone who has lived in Eugene their entire life.

The exhibit initially came to fruition as Mel’s health declined and his children wanted to honor his hard work. With the help of the University of Oregon Visual Arts Committee, they were able to comb through Mel’s work to hand pick the pieces that would be a part of this exhibit. Since curating this exhibit, Mel’s health has improved drastically as he becomes more and more excited to share his talent with the public. “I love the healing power and the family aspect of a son and daughter honoring their father with this exhibit and their ability to use it as a coalescing moment for their family and something they can share out for anyone with whom the art resonates,” said Suzanne Hanlon, advisor of the UO Visual Arts Committee.

His professional career centered around commercial art for companies, but he never gave up his side passion of capturing the magic of landscapes. Through his art, he has been able to capture pieces of small town Oregon frozen in time forever. He has painted everything from corner stores to boats navigating through pitching waves to quaint Victorian homes. “He has always been really interested in structures and landscapes that are fairly unique to Oregon,” said Patti Vincent, Mel’s daughter.

Watercolors are his preferred medium, adding a whimsical and warm feel to his pieces. Landscape watercolors are a fairly rare form of art, now more than ever, but their rarity adds to their magic. “It feels like something that people don’t really do anymore. There aren’t a lot of landscape watercolor painters. It’s not trying to be groundbreaking, it’s just really beautiful,” said Clancy O’Connor, gallery assistant for the UO Visual Arts Committee.

Many of the pieces on display at the EMU are recognizable to local Oregonians and those who have visited Oregon. While they are not clearly labeled, they depict familiar images of local highways and homes that are easily identifiable. There are even some locations that Mel painted decades ago that are recognizable today. “It’s a nice view into the history of Oregon in the past 60 years and how much it has evolved ... in contrast [to] how much it hasn’t changed as well,” said Grace Horner, social media and promotions coordinator for the UO Visual Arts Committee.

Art appreciators, Oregonians, history lovers, travelers and anyone who wishes to see a beautiful blast from the past can view Mel’s art for free from now until Feb. 8. There will be a special reception including drinks and refreshments for all to enjoy on Feb. 6 at 6 p.m. in the EMU.

“He survived on his art, I mean he was able to support his family while simultaneously balancing his career and his passion for art and that’s pretty incredible,” said Patti.