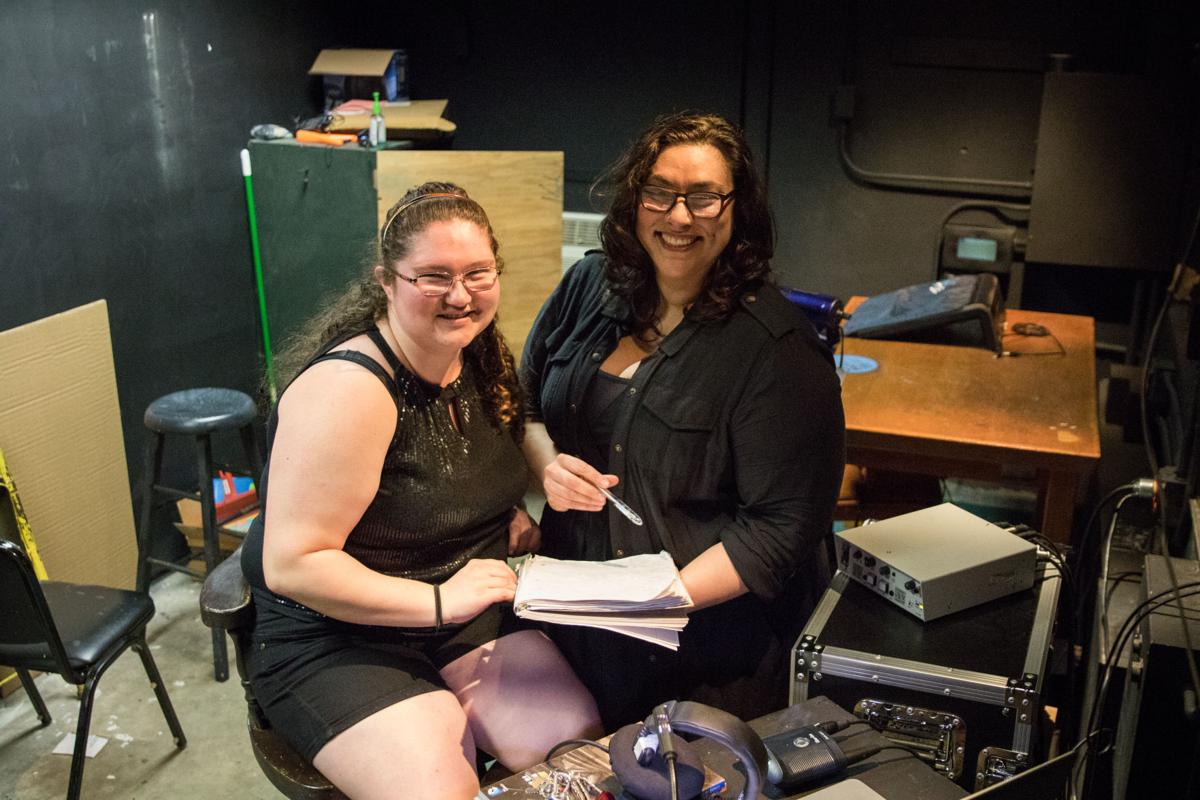 “Stage Kiss” by Sarah Ruhl is performed by University Theatre on the University of Oregon campus in Eugene, Ore. starting April 22, 2016. (Samuel Marshall/Emerald) 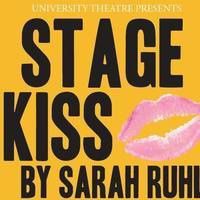 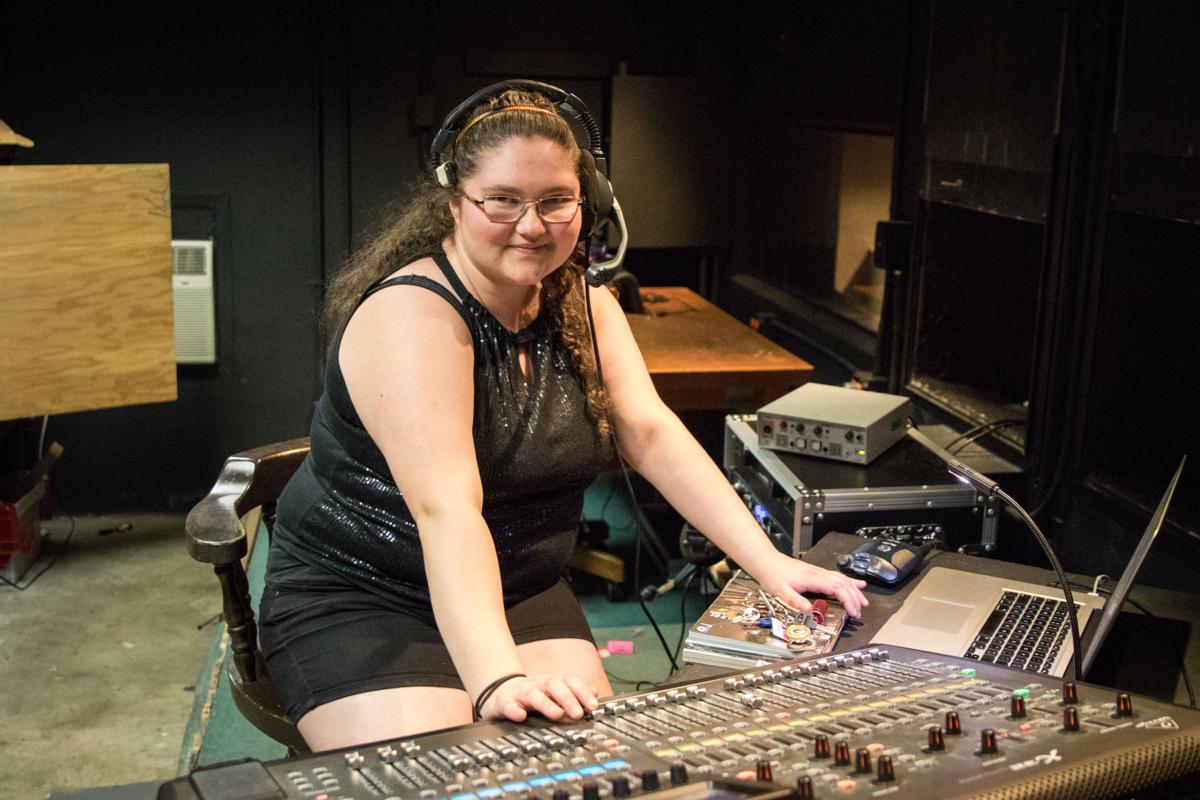 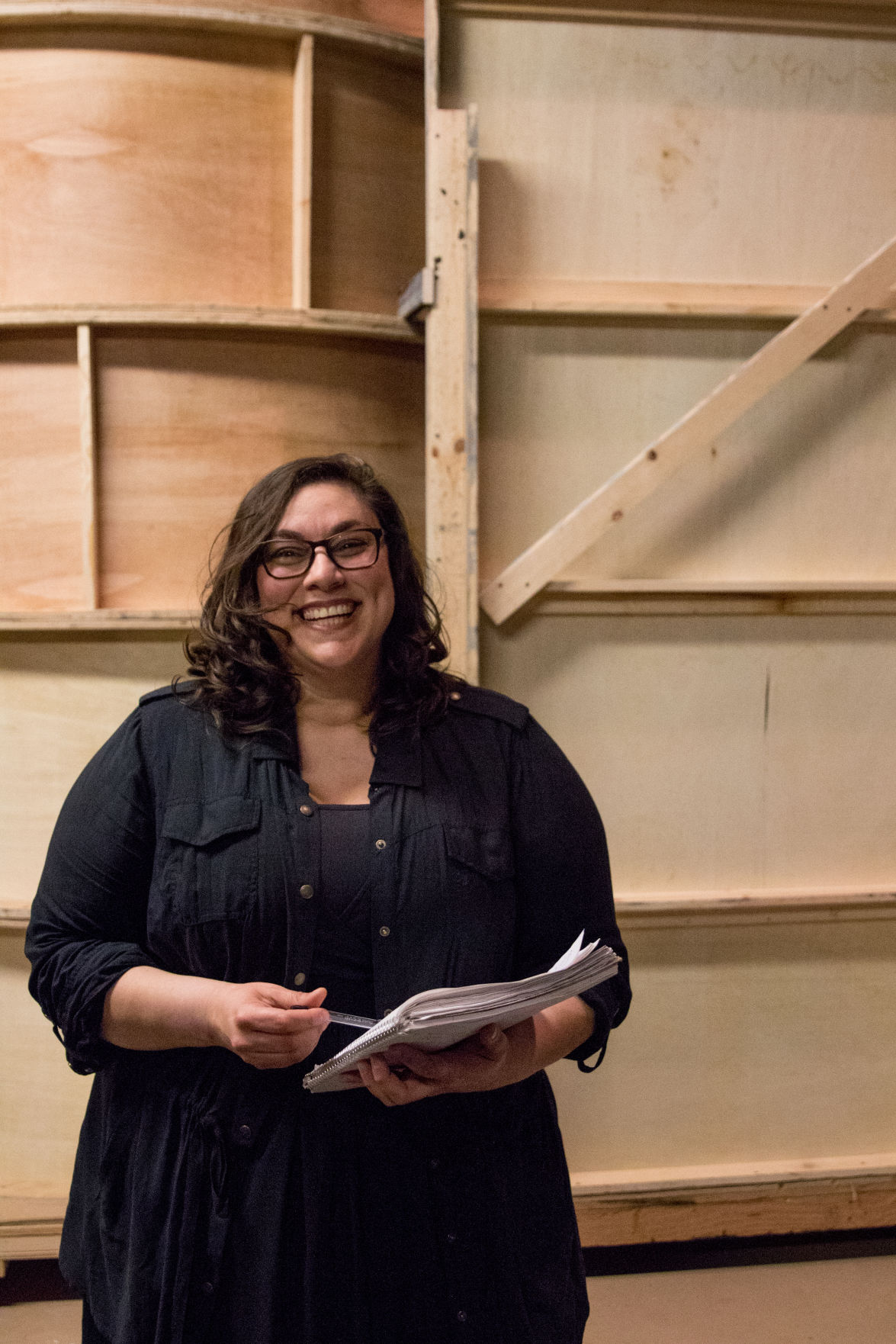 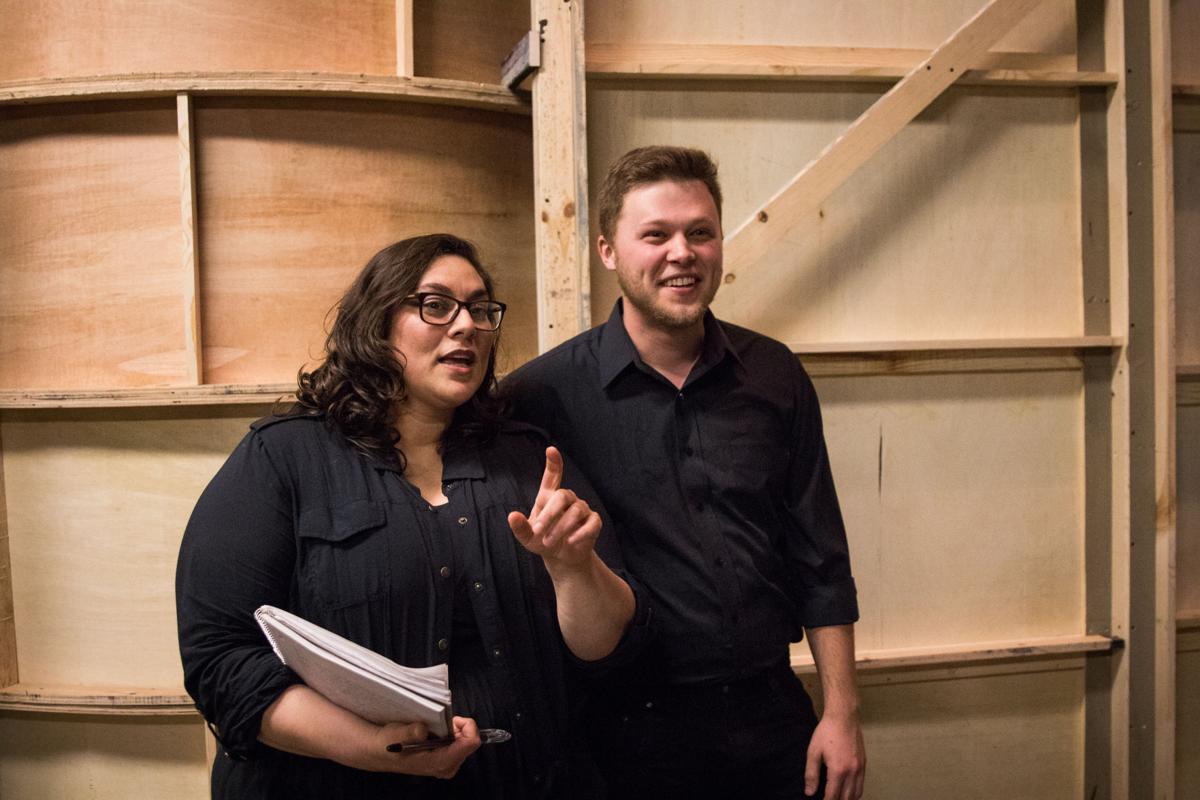 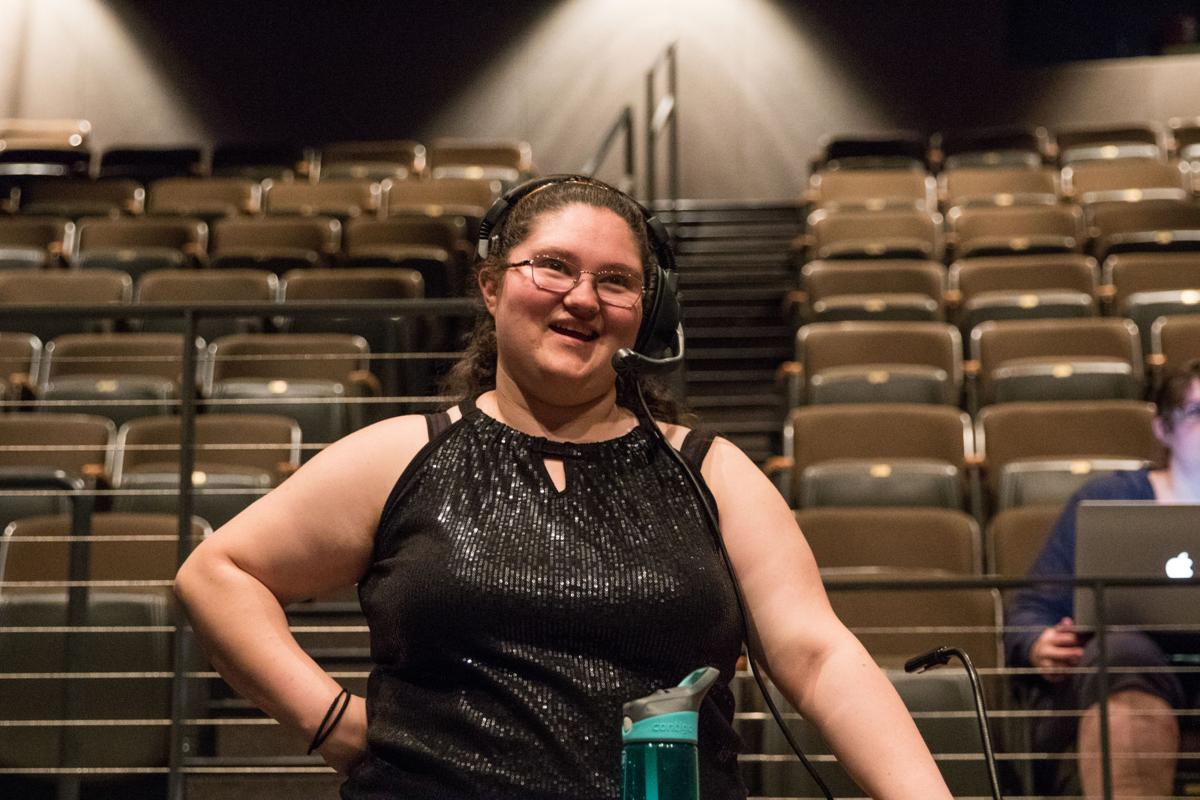 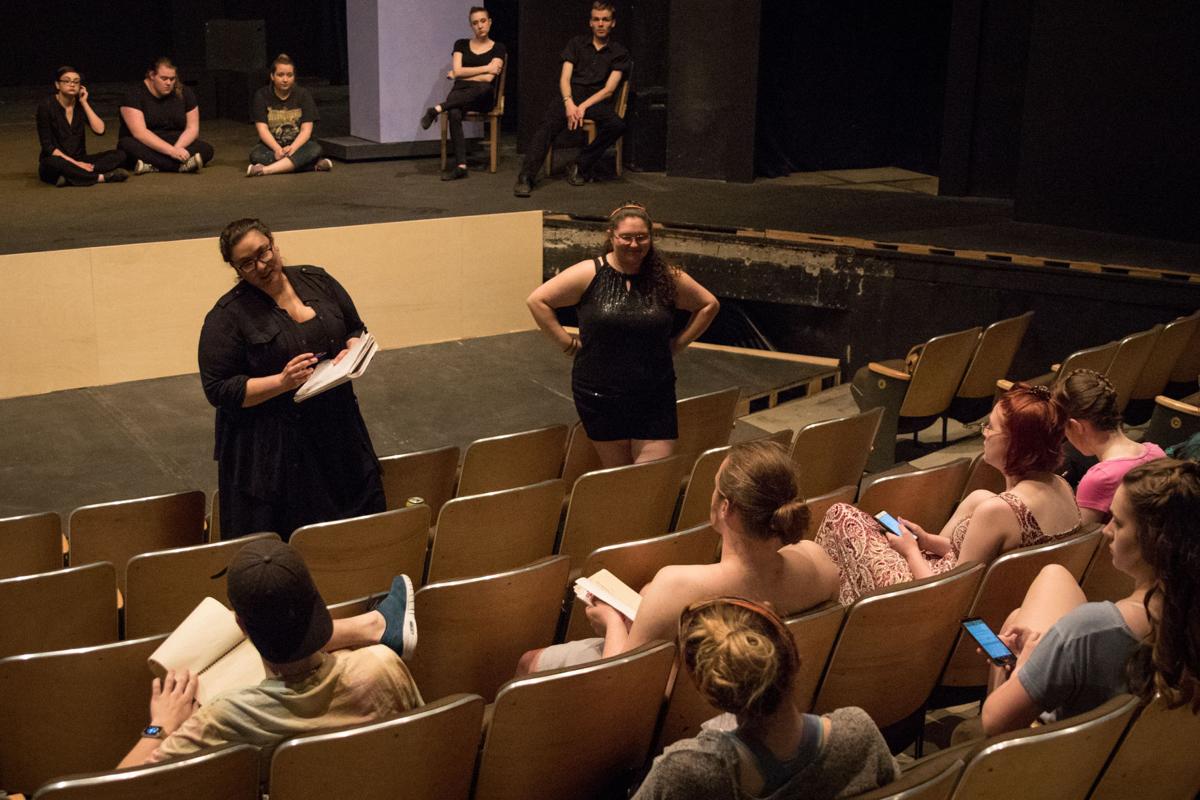 “Stage Kiss” by Sarah Ruhl is performed by University Theatre on the University of Oregon campus in Eugene, Ore. starting April 22, 2016. (Samuel Marshall/Emerald)

Listen to the full audio interview with assistant stage manager Ben Jones while you read about University Theatre’s latest play.

One scene of the latest University Theatre play has over 25 technical cues in a matter of 120 seconds.

In the stage’s wings, dressed head to toe in black, armed with headsets and scripts full of notes, and racing around in the dark are the crew members who will be working behind the curtain. By opening night, they’ll be ready for people to file into Robinson Theatre on the University of Oregon campus for the April 22 opener of Stage Kiss.

They attempt to blend in with the set while also rushing to get things in place — ready to execute quick set changes, blackouts and fire off the sound effects that will bring the show to life.

They operate in the dark, as the silent puppet masters of the show.

This will be the reality for those working on Stage Kiss, which is opening this weekend and running through May 7. This week marks the show’s final dress rehearsals. This means the show’s seven crew members have spent hours in the theater perfecting everything from lighting and set changes, until the final curtain drops.

The show’s plot follows an actress who is reentering the business after a sabbatical from the acting world and ironically lands the lead alongside her estranged lover. While they now both lead different lives, the play shows how one onstage kiss can ignite emotions in people on and off the stage.

“If their [crew] call is about 6 p.m., on a good night during tech rehearsal you get to leave at 10. Often it goes until about 11,” said Zeina Salame, who is the show’s director and a PhD student at UO. “And depending on the run of the show, sometimes later. It’s a long night, and we will be busy for every second of it.”

While the goal of any crew is to go unnoticed by audience members, this time it’s a little different.

Watching this show, audiences will get a taste of each aspect of the theater — including what’s happening backstage. The show is what many would refer to as meta: It’s a play all about how to create a play. Audiences will see things they normally do, like the actors, but will also get a taste of what the crew does and how things are built for a show.

“Something that people can easily forget [is that] those who decide to work on crew are extremely dedicated to the process, and absolutely integral to its success,” said Salame.

A summary of Stage Kiss says that the show blurs “the line between off-stage and on-stage.”

To give another hint of what to expect, a review by NBC New York said: “The play both spoofs and honors actors, with the idea that their actions in real life could be easily affected by their roles on stage.” This has proven to be a popular show for this reason, and should especially appeal to theater buffs.

The crew members have to work to bring together every component of the show. This includes props, staging and up to six changes of three large sets that take up the entire stage.

At first, the crew members practice all of the technical aspects of the show without the actors present, then the actors are integrated. This is called a “wet tech” rehearsal, and they are often full of kinks to work out before opening night.

“Something that people can easily forget [is that] those who decide to work on crew are extremely dedicated to the process, and absolutely integral to its success,” said Salame.

Stage manager Alisha Rogers says the hardest part about her job is timing. She has to work with many other people to coordinate the lights, sound, the set and more. And even with Rogers’ seven years of experience, she says it’s not so easy.

While she has two assistant stage managers to help run the show, Rogers has the final say when it comes to calling cues for every tiny moment that happens on stage.

Every show comes down to the details for them, and as opening night draws closer it is their job to try and avoid any technical missteps, even on these minute levels.

“Figuring out when costumes go on when and where for the first time was kind of a bumbling,” said Assistant Stage Manager and junior Ben Jones. “We had to stop and hold a few times … Every aspect of tech is like that.” He goes on to say how something so small as needing to adjust the trajectory of a light can be cause for them to put rehearsal on pause.

“Just the little tweaks change a bunch of other little things,” he said. “It’s just about greasing the gears.”

Jones says this is the most technically complicated and intricate show he’s seen in his time here at UO, so getting all of these little things down to a science is even more crucial.

Not only is the show on the line, but so is people’s safety.

There are constantly moving pieces to Stage Kiss. There are of course the large sets to be aware of, but also the flying in of large back walls and the heavy curtain.

But regardless of the long hours and inevitable mishaps which can drag rehearsal into the late hours of the night, it’s worth it to those who work backstage come showtime.

“I really like the feeling of being up in the booth with both of your techs on either side of you, and calling that first call for curtain and knowing the audience is so immersed,” said Rogers.

She is commanding every movement on stage without letting the audience catch on that there are actually people making the magic of these shifts happen.

“I think there’s a lot of the magic elements of theater in the things you don’t see that we do back here,” said freshman crew member Emily Mair. “I think it’s really inclusive, something about everyone working together to make a piece of art. That’s really cool.”

This is Mair’s first show working on crew. Whether it’s sweeping the stage beforehand or manning the ropes on side stage, everyone is needed to make it all come together.

“In a lot of these magic moments, I’m seeing them from the side,” Jones said. “But it’s knowing that the magic is happening … Knowing that moment is coming, knowing that we have that power over people that we can make them feel things. That makes it worth it.”

Check out this link for additional show times.