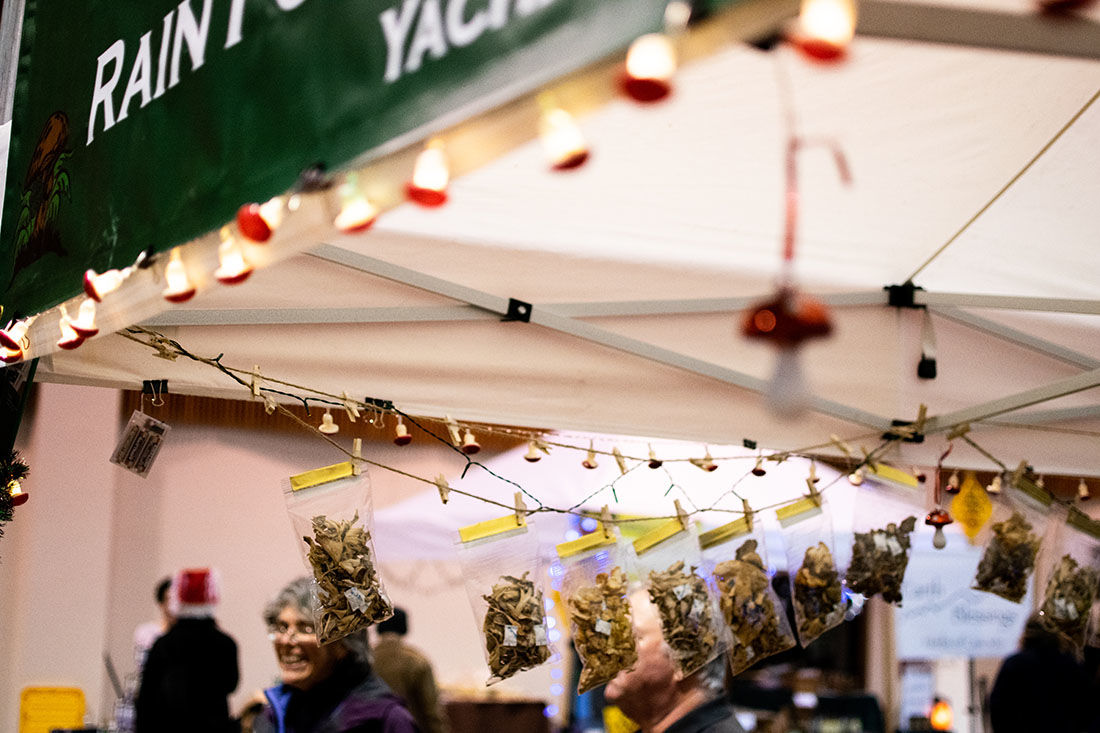 The Eugene Holiday Market happens every Saturday in December at the Lane Event Center. (Kimberly Harris/Emerald) 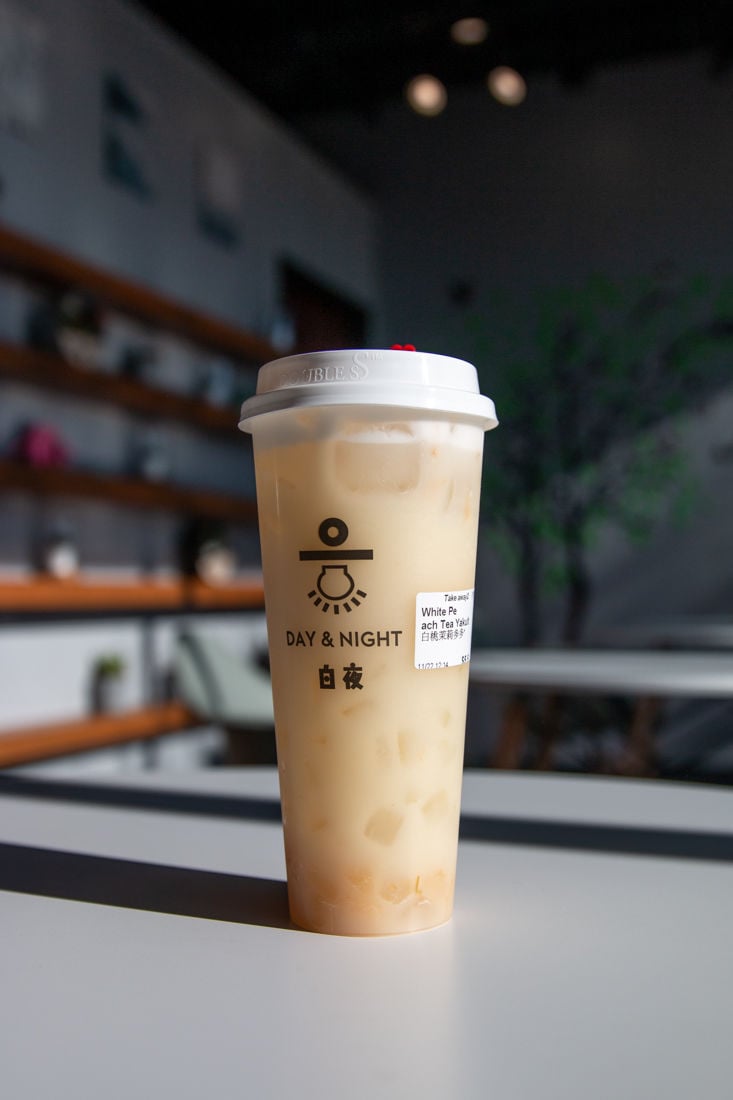 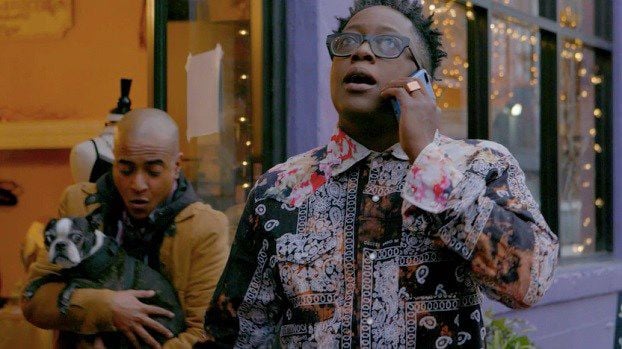 Dropping Penny, one of the short films in the Conform series (Courtesy of Rewire Film Festival). 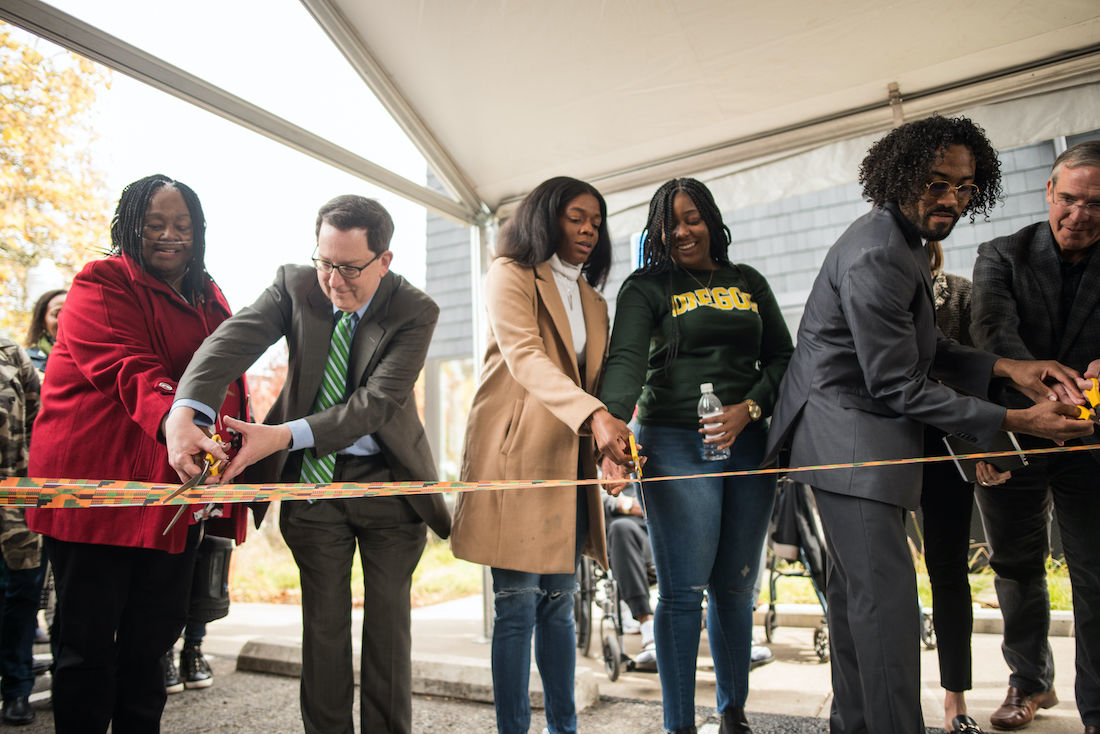 With many different media, creators, participants, events and viewers, the Eugene art scene blossomed in 2019. Venues in Eugene housed everything from art shows to theatrical performances to vibrant displays of culture.

The Jordan Schnitzer Museum of Art welcomed many different art exhibits displaying a wide range of subjects. Some of the JSMA’s exhibits included work by University of Oregon students: Common Thread, an analyzation of culture and clothing, and Art of the Athlete: Art and Social Practice, an exhibit about social issues by athletes. The JSMA also celebrated local children with their 12th annual exhibition of NewArt Northwest Kids, the exhibit focused on the protection of the environment in the Pacific Northwest.

The Hult Center hosts fantastic talent year after year, bringing a variety of performances into downtown Eugene. The year brought the 20th anniversary of Damsels, Divas and Dames, a drag performance that benefits the HIV Alliance and brings fun for the whole family. The Tony award winning musical Bandstand also made its way to the Hult Center for two action-packed showings.

Between the Eugene Saturday Market and the Eugene Holiday Market, there was an abundance of local art on display for anyone to enjoy and purchase. Lots of spectators came to both marketplaces this past year for a deep dive into the true culture of Eugene’s art scene. Local artists put up booths to display everything from oil paintings to elaborate pottery and jewelry.

The Black Cultural Center opened its doors on Oct. 12, 2019 on the UO campus. This facility is not only a celebration of African American culture but a place to educate. The facility has pieces of history, educational materials, an art exhibit and office spaces and conference rooms for student groups and faculty to utilize.

The final year of the decade brought nostalgic fan favorites and brand new ways to enjoy the local art scene in Eugene. While it was a jam-packed year, there are quite a few things coming to Eugene in 2020 for so many people to enjoy.

It was a delicious year for Eugene — some notable new restaurants of 2019 include Slice Pizzeria and Bar, BurgerIm and Kkoki BBQ Eugene — but three other notable food destinations made specific impacts on the food scene.

At the very start of the year, the UO campus area got its first (and so far, only) 24-hour restaurant. Mandy’s Restaurant, run by her and her family, has all the burgers and classic breakfast options of a traditional diner, plus options for those with dietary restrictions.

Voted “Best New Restaurant” by Eugene Weekly, Mandy’s standouts like their “TLT” (tempeh, lettuce and tomato) and Belgian waffles keep locals coming back at all hours.

If you haven’t seen students carrying tall cups with wide straws around campus, you must be living under a rock. The campus area got two new boba places: Bobahead and Day & Night Boba Tea House.

Bobahead’s location on 13th Avenue is the local chain’s second spot in Eugene, opening in late October after months of renovation to a tiny, minimalist space. Known for their Taiwanese-style milk and fruit teas, Bobahead has small tables and free Wi-Fi. Their most popular drinks include Thai milk tea with boba or any of their fruit teas.

A bit further from campus and located at 515 Franklin Blvd. is Day & Night Boba Tea House. Occupying the corner spot of the building, the cafe offers a wide range of Hong Kong-style drinks in a modern, minimalist space with seating, free Wi-Fi and even a TV with a Nintendo Switch and a PlayStation 4 free to use.

Whether you’re looking for an alternative to coffee or are already addicted to bubble tea, these two locations are joining the ranks of other great bubble tea options around campus.

Eugene was lucky this year to have some incredible new Japanese restaurants join the masses. Two standouts were Izakaya Jinsei, located on Alder Street near campus, and Uki Uki Sushi on Pearl Street.

Izakaya Jinsei was formerly Izakaya Oyazi, which was located on 5th Avenue before it moved and rebranded. With a rustic bar and wide selection of sake and other alcohols, Jinsei has lunch and dinner menus, with a fair spread of traditional Japanese fare and fusion small plates.

Uki Uki, located on the ground floor of Eugene Hotel, is Eugene's latest spot for Tiki drinks and sushi. Eugene natives Michael Zito and Sophie Dixon opened Uki Uki at the beginning of 2019. The couple have brought bright florals and a unique take on Japanese fusion food and sushi to Eugene.

Cohen and Robbins share a love of the festival format and the sense of audience and community that screenings create. The energy and interactions that come from events across the city at bars and on campus are what the festival is all about. With a limited demographic, the goal is a communal experience of art as opposed to profit. With the debut done, the two want to take the festival on tour and expand their audience and content in the coming years.

Em loves writing about food and its connection to culture and other aspects of life. She is an aspiring food PR professional. When not writing for the Emerald, she manages her own blogs, "Sik Fan Mei, Ah?" about food and "Emi Chan Blog" about PR.