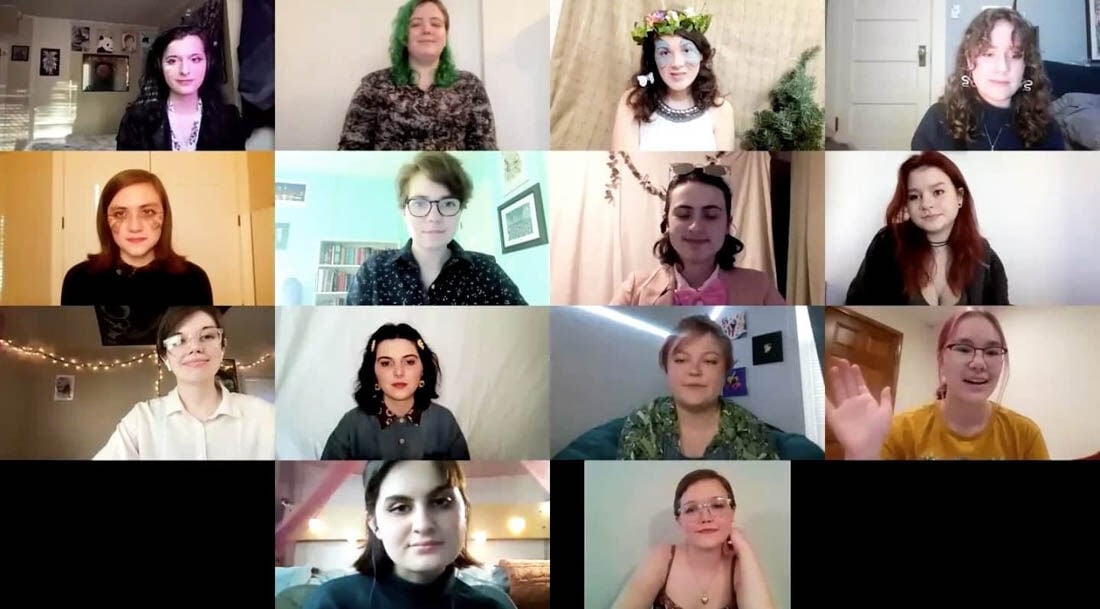 Shakesqueer is a student theater group that performs versions of Shakespeare plays incorporating the experiences of queer people. (Screenshot courtesy of Nora Pearson.) 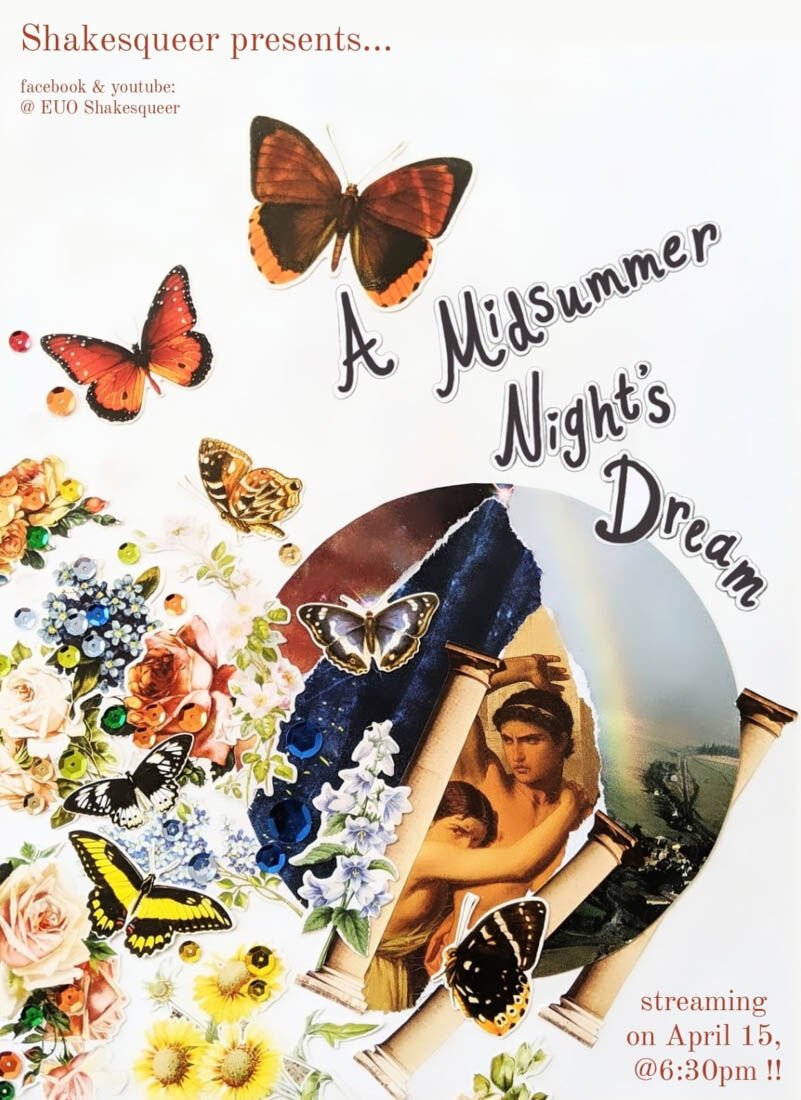 During the 2019-2020 academic year, Shakesqueer began gearing up for its annual production in April. A student theater group, Shakesqueer reworks versions of Shakespeare plays to incorporate explicit representation of queer experiences. Only weeks before premiering their staging of “A Midsummer Night’s Dream” last year, the production was halted by the COVID-19 pandemic. After a full year of delays, “Midsummer” will finally be premiering via YouTube this week.

Shakesqueer was founded as an independently run student group in 2016 with a production of “Twelfth Night.” Current executive member Ciara Schwimmer said that the goal of the group was to provide LGBTQ+ actors the opportunity to play roles that they would likely not be cast as in a traditional theater company. Since its inception, the creative forces behind Shakesqueer have cast productions based on which actors would be best for each role regardless of their gender expression. From there, they modify pronouns in the script.

“We cast for whoever is right and then talk to everybody about what pronouns they want their character to use and how we should portray the relationships in the show,” Nora Pearson, actor and script co-supervisor, said.

Schwimmer joined the group in 2019 through a friend who was already involved. The first production she participated in was “Much Ado About Nothing” in 2019, Shakesqueer’s final show before becoming officially sponsored by the UO department of English. Though originally taking on small roles, Schwimmer signed on to co-direct “Midsummer” the following year.

Schwimmer thinks Shakespearian works lend themselves well to queer interpretation for many reasons, the first of which is that many of his plays feature gender-bending. Many plays also feature complicated love dynamics  that many many people can relate to. It helps that Shakespeare’s works are all in the public domain, meaning they can be performed for free and altered without oversight. Given this freedom, queer people are able to take control of their own narratives while still participating in popular culture.

“In media that actually does feature queer people, we get reduced. We get put into the same boxes and our stories often end in tragedy,” Schwimmer said. “For me, it can be really freeing that Shakespeare’s stories are complicated and nuanced. You’re taking something that is familiar, like ‘Romeo and Juliet’ that you have never seen yourself in and putting yourself into it.”

Pearson added that Shakespeare’s plays also don’t feature many stage directions, making it easy to change the nature of the relationships in the play to represent the experiences they want to portray. Both Pearson and Schwimmer describe Shakesqueer’s production process as very collaborative.

Despite several students in the original cast graduating in spring 2020, all but two actors came back to perform in the online version. Schwimmer took over for a cast member who couldn’t make it back, playing Oberon. Cast members rehearsed over Zoom for a couple of weeks before recording the play.

Though Schwimmer and Pearson are both seniors graduating this spring, they hope to see more people become involved with Shakesqueer. Post-graduation, Schwimmer hopes to participate in more local theater and Pearson is breaking into playwriting of her own. Both regard being a part of Shakesqueer as a joyful experience.

“A Midsummer Night’s Dream” will premiere on Thursday, April 15 at 6:30 p.m. on Shakesqueer’s YouTube channel.

Jennah is a writer for Arts & Culture desk of the Emerald. She writes about performing arts and outdoor/environmental topics.