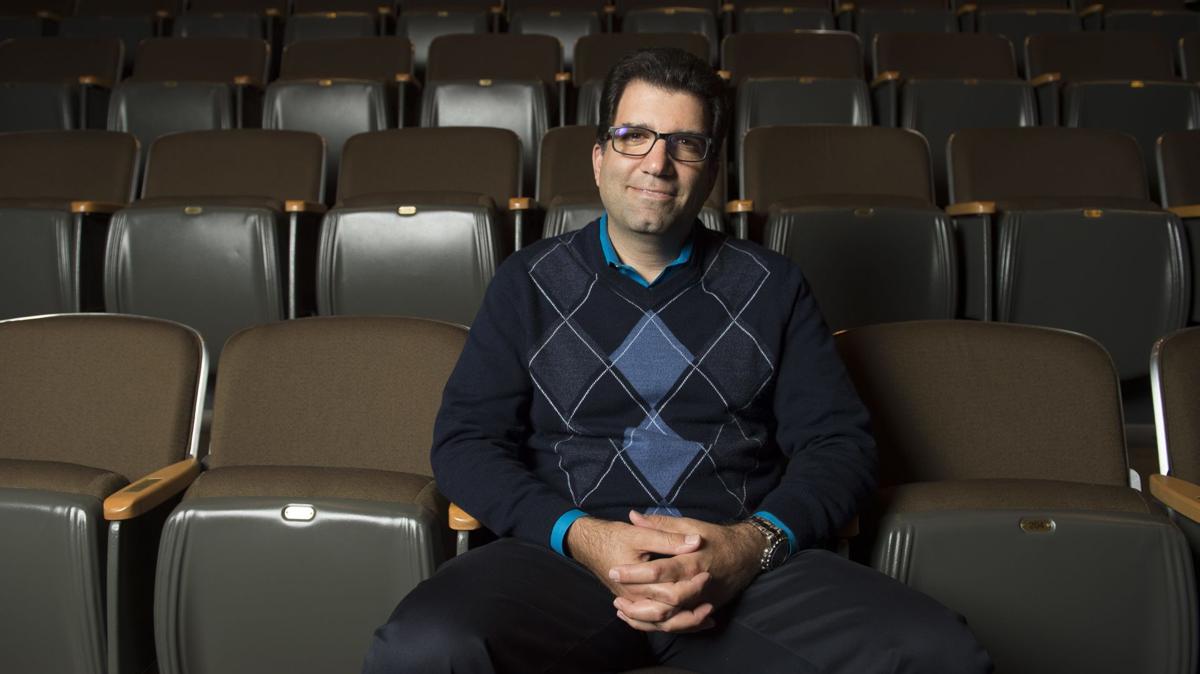 Each school year brings a new season of theatrical productions to the University of Oregon theatre department. Past pieces have included classics such as Shakespeare, the French playwright Moliere and musicals like the notorious Bat Boy. Last year, Michael Malek Najjar directed Scorched, a contemporary drama about the conflict in … 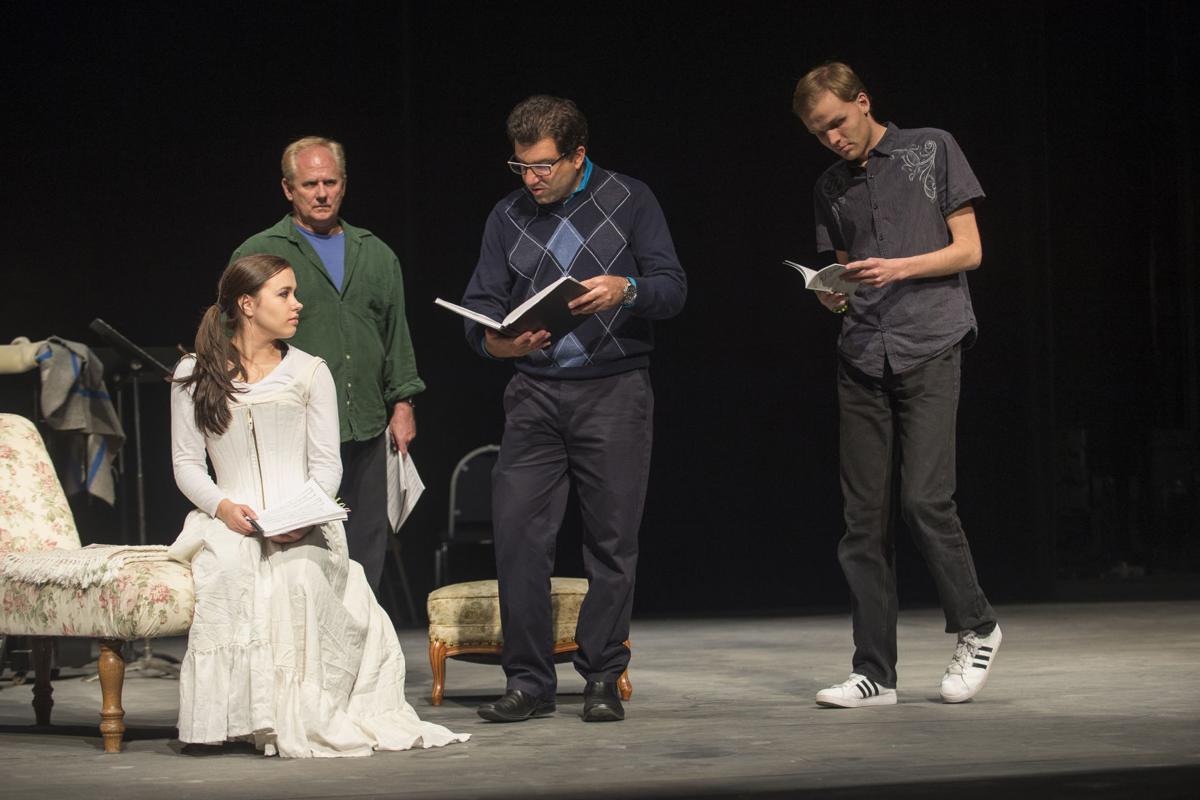 Each school year brings a new season of theatrical productions to the University of Oregon theatre department. Past pieces have included classics such as Shakespeare, the French playwright Moliere and musicals like the notorious Bat Boy. Last year, Michael Malek Najjar directed Scorched, a contemporary drama about the conflict in …

Each school year brings a new season of theatrical productions to the University of Oregon theatre department. Past pieces have included classics such as Shakespeare, the French playwright Moliere and musicals like the notorious Bat Boy. Last year, Michael Malek Najjar directed Scorched, a contemporary drama about the conflict in Syria.

According to its website, the 2016-2017 university theatre season features a showcase of new student playwriting, a musical based on James Joyce’s Dubliners and a play that uses The Simpsons episode “Cape Feare” to explore larger cultural themes. Audiences have plenty to choose from, and behind that abundance of choices comes hard work from the people making the pieces.

While UO’s theatre department may be humble, it has produced notable actors and writers such as Kaitlin Olson from It’s Always Sunny In Philadelphia and Jeff Whitty, co-writer of Tony Award-winning musical Avenue Q.

Najjar, assistant professor in theatre and UO director, says that the theatre department here is thriving and consists of much more than musicals like Cats. He is currently working on a production of the off-Broadway musical James Joyce’s The Dead at the Robinson Theater.

“Anybody who comes to watch a jazz hands, Fosse [style] musical is going to be a little disappointed,” said Najjar. “What you will get in return is a beautiful evening of theatre where music, dialogue, dance and acting all come together.”

Najjar is interested in political theatre and the way literature and performance interact. This is especially apparent as he is immersed in the rehearsal process for James Joyce’s The Dead.

“Theatre is a very communal experience, sitting in a room with others and experiencing this thing together,” said Najjar. “And when you transfer something from a novel, like The Dead, into a play you have to ask yourself ‘What are we losing?’ and ‘What are we gaining?’ ”

Najjar’s journey into theatre arts began during middle school in New Mexico. It wasn’t until later in life that he realized theatre could affect people on a political level. While reading an article about Indian activist Safdar Hashmi, something changed in him. Hashmi, known for his political street theatre, was killed while performing in 1989.

During an interview with the Emerald, Najjar said reading about Hashmi, “stood out as a time when I started thinking theatre matters on a real level. It’s not just entertainment, as wonderful as those [type of] things are.” According to Najjar, theatre in general can have a real impact on the world.

“Part of what this does is challenge stereotypes by offering an insider perspective on representation of the Arab and Arab-American image in theatre and beyond.” – Zeina Salame, graduate student advisee

According to Zeina Salame, a graduate student advisee of Najjar’s, a book that Najjar published follows in a similar tradition as his influences.

In an email, she said his book Four Arab American Plays (2013) “offers an anthology of new plays by a variety of Arab American artists. Part of what this does is challenge stereotypes by offering an insider perspective on representation of the Arab and Arab-American image in theatre and beyond.”

He also published Arab American Drama, Film, and Performance: A Critical Study, 1908 to Present (2015). Najjar, born to a Druze family, is Arab-American. Just like Hashmi’s work was important to Indian workers, the theatre Najjar makes is relevant concerning what is happening in society today.

Along with Najjar’s work at the university, he also works in the community. This work reflects many aspects of theatrical art including directing, acting and playwriting.

He will be a featured director in the Semitic Commonwealth reading series located in Chicago this February. The series is presented by a nonprofit called Silk Road Rising. The nonprofit is dedicated to making live theatre and creative videos from an Asian-American and Arab-American perspective.

Najjar said the series’ name, the Semitic Commonwealth, reflects something he hopes one day can be achieved in the Middle East: a place where the Israelis and Palestinians can see each other as human and move between the spaces they claim as their own.

“I think it’s important for all of us talking about this issue to take a moment and step into the shoes of the other,” said Najjar in reference to the Israeli-Palestinian hostilities.“I think empathy is the biggest loser in this entire conflict. We have no empathy.”

Alex Mentzel, a theatre major and lead in James Joyce’s The Dead, added that recently Najjar tried to bridge the cultural gap by bringing in Middle Eastern theatre professionals to the department for a panel discussion.

Najjar explained that when music, dialogue and other theatrical elements are added to a production, the experience becomes deeper and different.

“There is something to be said for experiencing Joyce,” Najjar said about James Joyce’s The Dead. “The musical and even Joyce’s book talk about life as being on this frozen lake and one day a crack appears and we realize that beneath us is an unimaginable depth. I think that, for anyone, anywhere, is something that we are dealing with.”

The rehearsal process is also deeper and different with Najjar, according to two students in James Joyce’s The Dead. Mentzel said that the rehearsal environment with Najjar is collaborative, enlightening and non-restrictive.

For Mentzel, theatre is not just an art at the UO, but instead a full team endeavor. Najjar says university theatre productions collaborate with the theatre arts department and sometimes the School of Music and Dance.

The theatre arts department at UO often goes unrecognized by other students despite the talent, said Najjar. During interviews with the Emerald, his eyes lit up at any mention of James Joyce’s The Dead or his work with the Semitic Commonwealth, but they turned even brighter when he mentioned his students and their hard work.

“[Najjar] pares it down to this almost sacred communion between performer and audience,” Mentzel said. “That is his guiding philosophy. You have a story to tell; you have to create that live connection that is unique to theatre.”