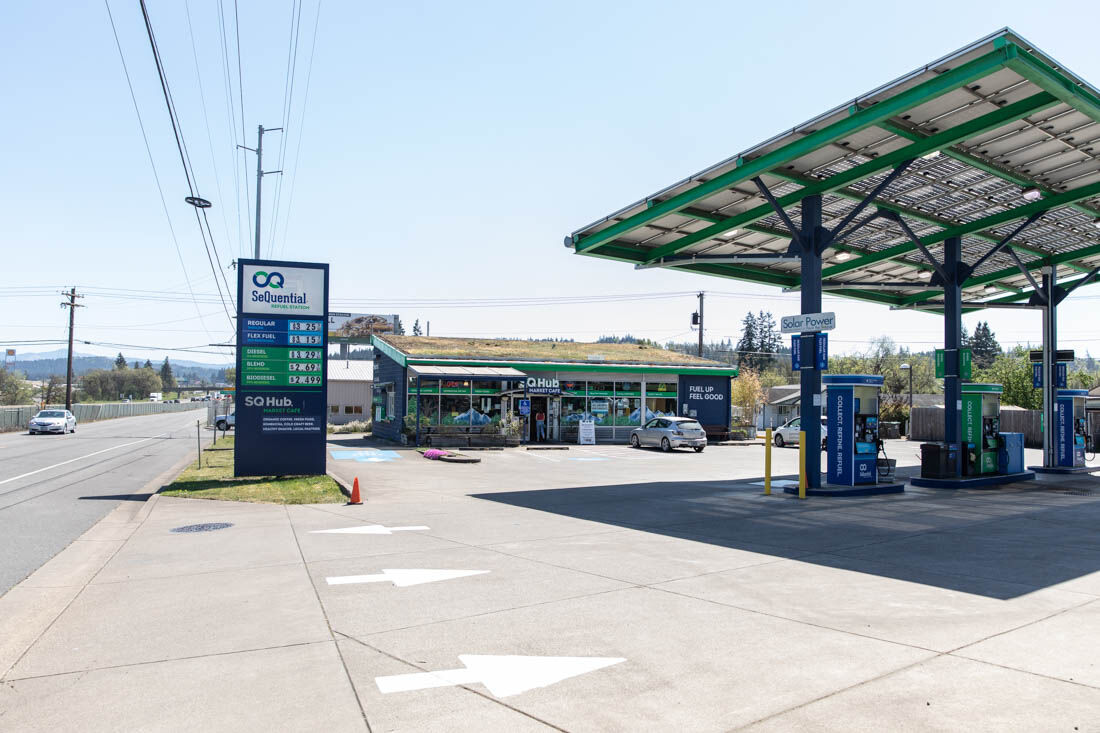 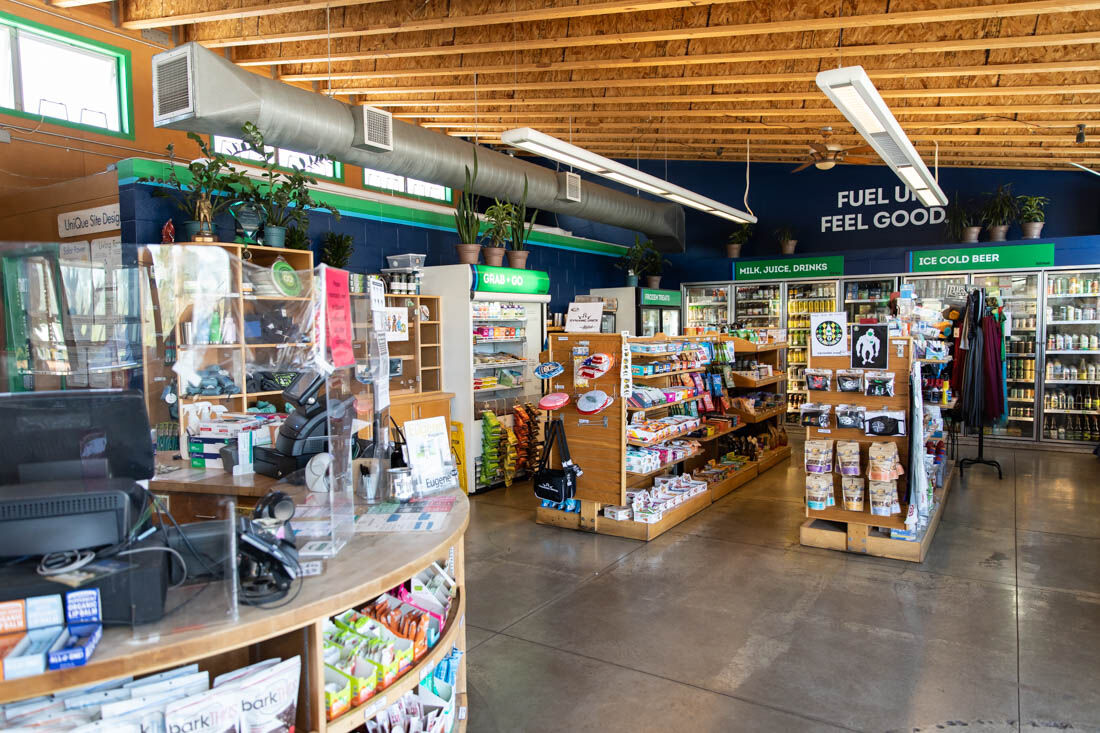 The inside of the Sequential boasts an impressive selection of organic choices. Sequential gas station sells organic produce to travellers. (Maddie Stellingwerf/Emerald) 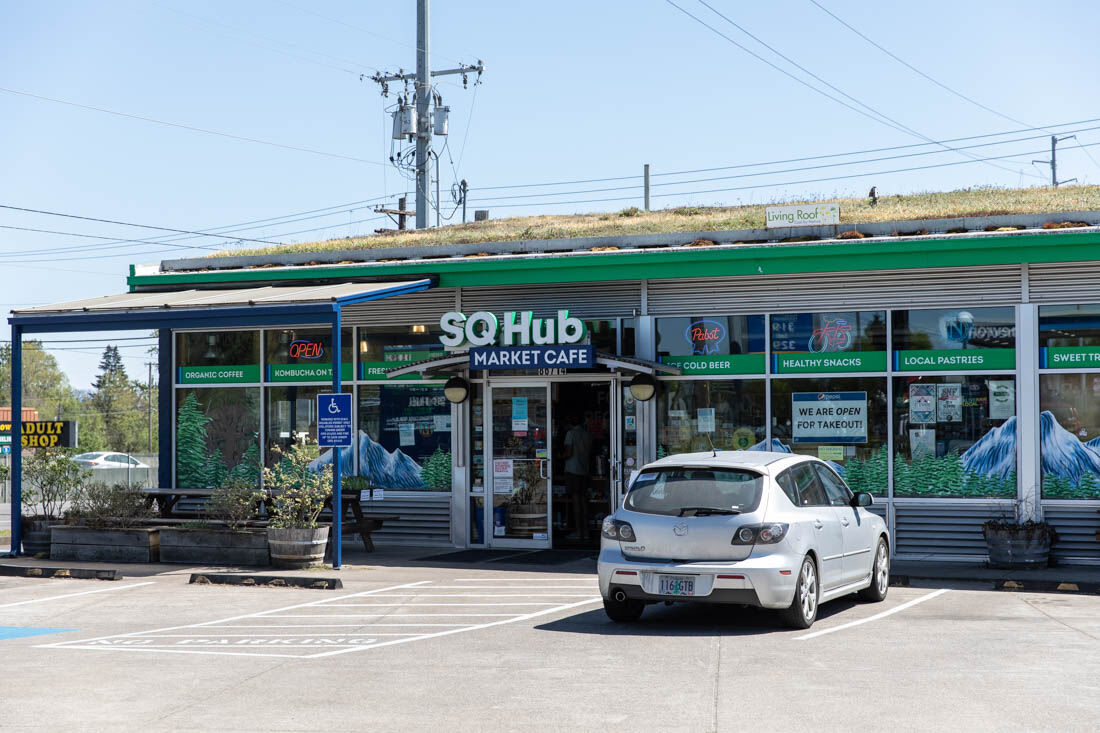 Sequential Gas Station is a hub for travelers to find locally grown organic foods to snack on during their journeys. Sequential gas station sells organic produce to travellers. (Maddie Stellingwerf/Emerald) 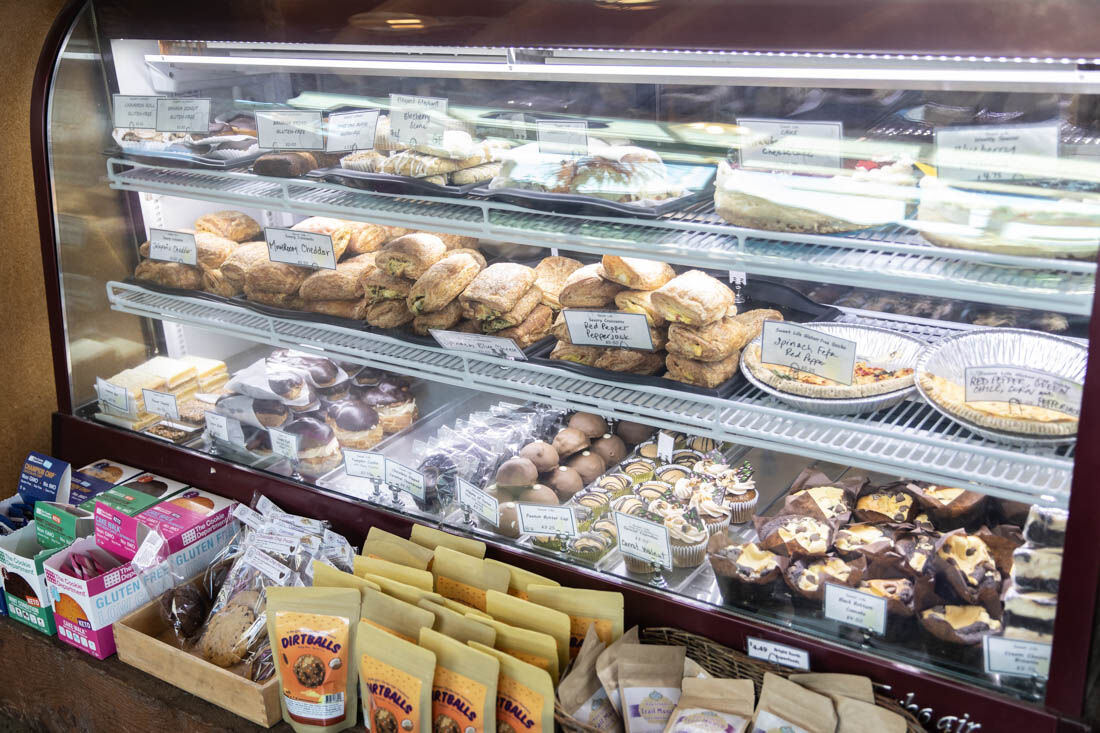 The inside of the Sequential boasts an impressive selection of organic choices. Sequential gas station sells organic produce to travellers. (Maddie Stellingwerf/Emerald)

Sequential Gas Station is a hub for travelers to find locally grown organic foods to snack on during their journeys. Sequential gas station sells organic produce to travellers. (Maddie Stellingwerf/Emerald)

Local gas station Sequential Biofuels has set out to bridge the ever-so-widening gap between sustainability and gasoline. Nestled right off of I-5 heading south towards Roseburg, Sequential Biofuels is a small business intent on giving drivers an environmentally friendly alternative to petroleum. Ever since its founding in 2002, Co-Founder Ian Hill has committed to locally outsourcing food in their mini-mart and using renewable resources such as biodiesel to make gasoline.

Hill’s commitment to sustainability has proven to be a rollercoaster filled with fights against big oil companies and financial setbacks due to COVID-19. However, for Hill, fighting for a better environment is his “moral obligation.”

When Hill, a Kentucky native, graduated from the University of Oregon with a degree in environmental science, he knew complacency wasn’t an option when it came to climate change. While searching for a way to make a difference, Hill and his friends stumbled upon biodiesel. Biodiesel is a renewable fuel derived from animal fat or plant oil as opposed to the environmentally toxic crude oil and petroleum found in regular gasoline. Sequential uses cooking oil to make their biodiesel.

In his journey to creating biodiesel, Hill found it was scalable, meaning it could be made in both mass and small quantities. “I made my first batch in my kitchen,” Hill said.

With gas stations almost exclusively using petroleum in their gasoline, Hill saw an opportunity to capitalize on a lack of differentiation in the marketplace and make a product that would benefit the environment.

Creating a gas station that focused on sustainability was a challenge from day one, Hill said.  Sequential was built on an abandoned lot reeking with contaminated waste, also known as a brownfield site.

Hill recalls the first time he went to the site with the Oregon Department of Environmental Quality (DEQ) who regulates brownfields. “I was with one of the water scientists and he pulled out a three-foot tube from 100 feet below the ground, and roughly two-thirds of the tube was gasoline,” Hill said. “It was just heartbreaking.”

Now their site is clean according to the Environmental Protection Agency’s standards and Hill feels that building Sequential out of a brownfield is equally ironic and important to their story.

Challenges for Sequential do not end there. Sequential is the definition of a little fish in a big pond. Sandwiched between a Jackson fuel station that has a few hundred thousand locations and a Chevron right next door, Sequential lives in a market that doesn’t make space for small businesses.

“Business has become more and more consolidated,” Hill said. “I would guess there are close to half a dozen companies that run gas stations in Oregon right now.”

With so few companies in charge of gas stations across Oregon and the rest of the country, the push for sustainability in oil is few and far between. Hill has been on the frontlines fighting Big Oil for the past twenty years, and he’s not optimistic that they’re going to back down anytime soon.

“Big Oil isn’t going to be in on our team until they absolutely have to,” Hill said. “Companies that own a lot of crude oil like Shell, Chevron and BP are gonna fight it all the way.”

Hill has made a promise to himself to hold out on opening another station until all the fuel he sells is 100% renewable. Another alternative he suggested was to implement fast chargers for electric cars. One of the more surprising obstacles in obtaining fast chargers has been getting support from the Eugene Water & Electric Board, Eugene’s utility company. As of right now, EWEB requires an expensive base fee that makes installing a fast charger cost-prohibitive for Sequential. Hill said he has reached out to EWEB on this issue multiple times and has yet to hear from them.

Despite financial obstacles and pressure from Big Oil, Hill believes there are many momentous changes to celebrate. He points to the Oregon and California carbon tax on transportation fuel and the mass switch to bio-based diesel in both states.

“It feels like we’re entering a different phase, and I’m feeling much more optimistic than I was a couple of years ago” Hill said.

Ultimately, Hill believes that giving people the chance to connect with nature is vital to mobilizing change. He references his grandfather who saw firsthand the destruction that his own coal mine caused and how that profoundly moved him to care about the environment.

“How can you want to save something you’ve never experienced?” Hill said.

While recognizing that we are living in an undoubtedly dark time, Hill emphasized how COVID-19 has forced humanity to grapple with the power that people hold. He reflected back on when the world paused last March and decades-old smog lifted to reveal mountains and greenery people had forgotten about. He pointed out how quickly nature can bounce back if people give it a chance.

“The flip side of living in a dark time is you can have an outsize impact,” Hill said. “Right now is when you are most needed so find an opportunity that you align with and go for it.”