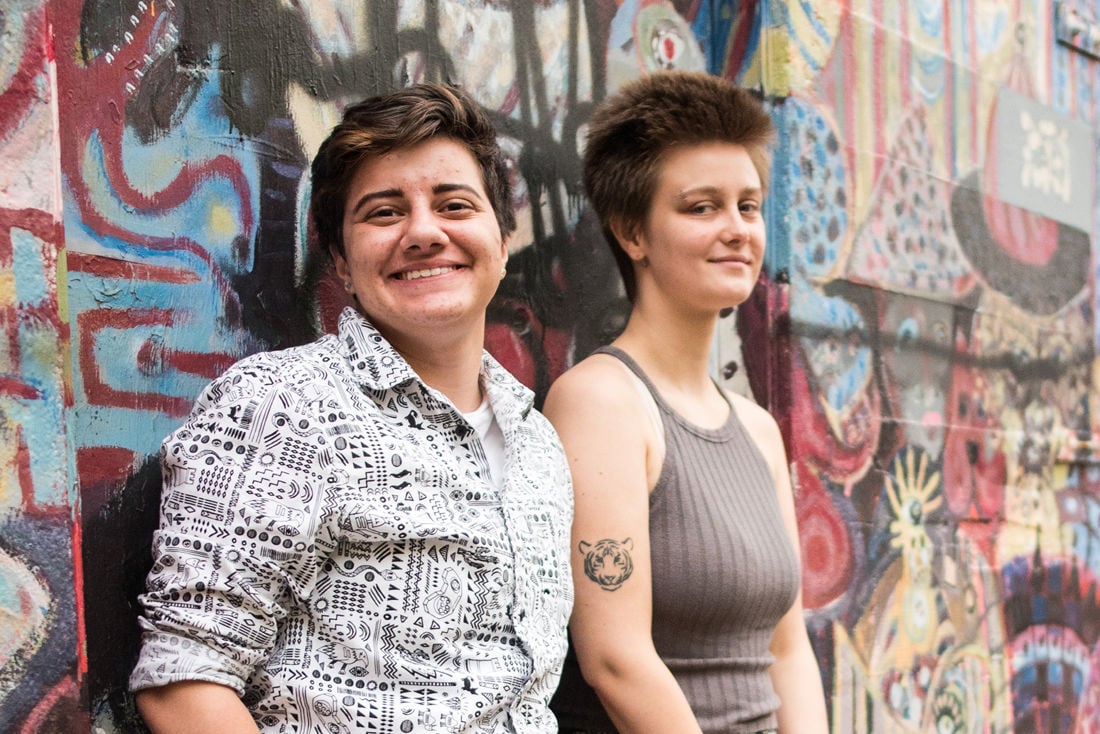 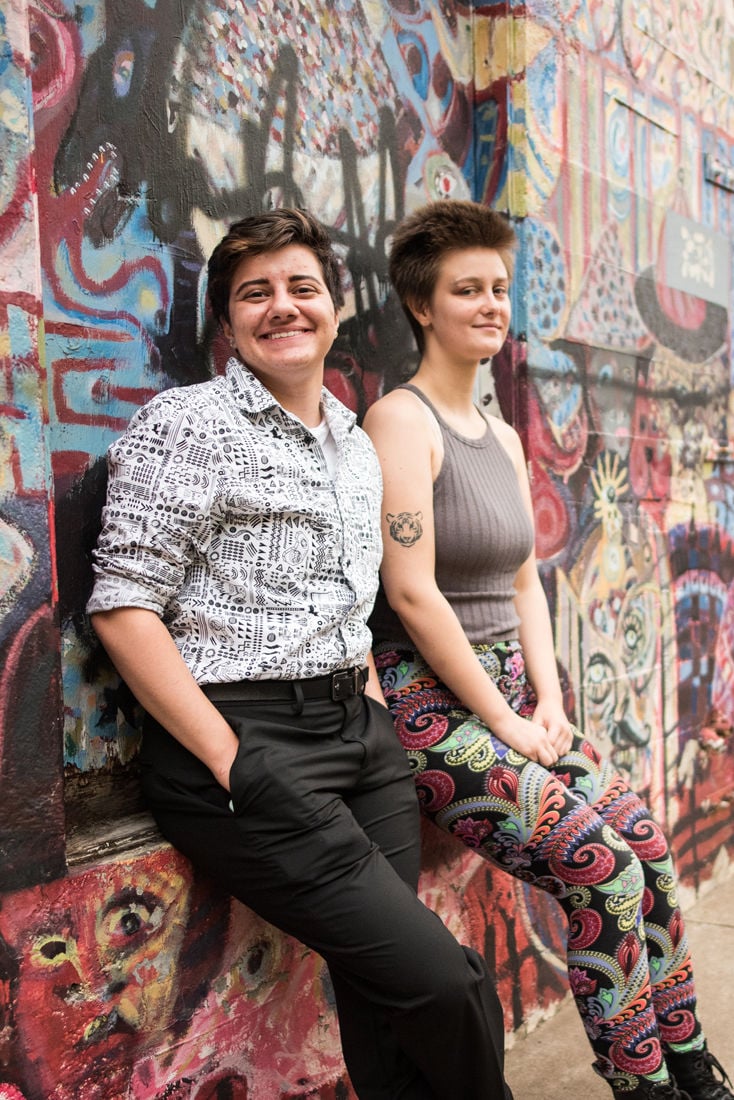 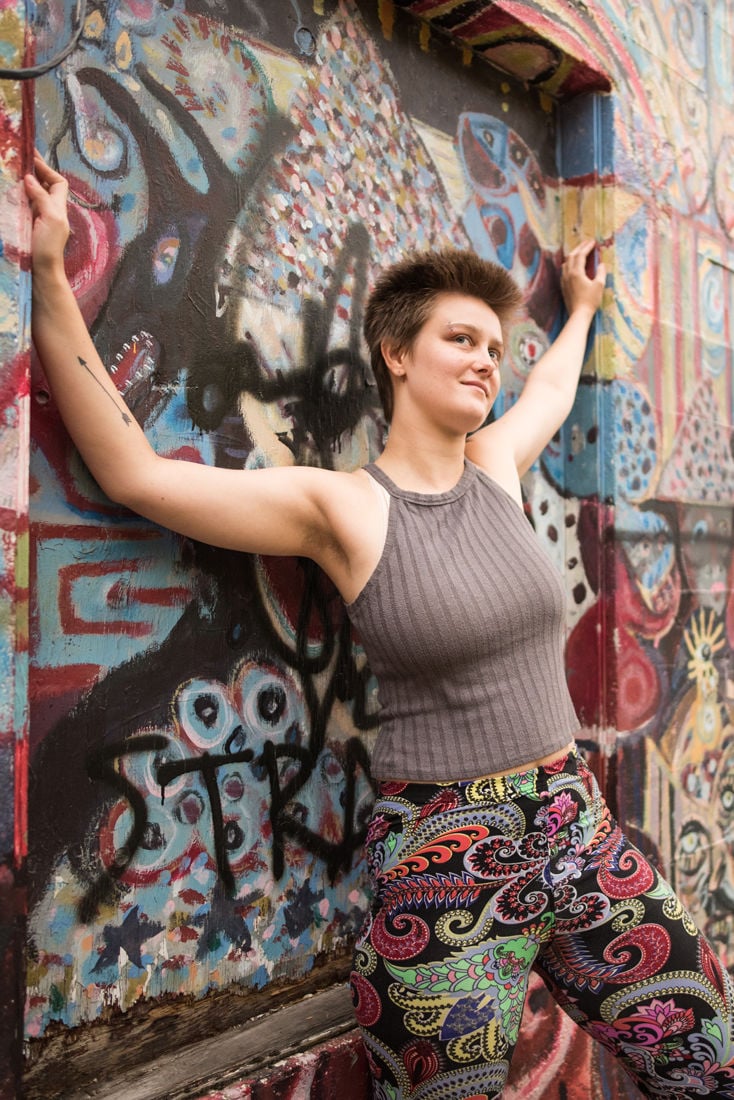 Forbidden Fruit co-president Amelia Clapper is a senior at the University of Oregon. (Marissa Willke/Emerald) 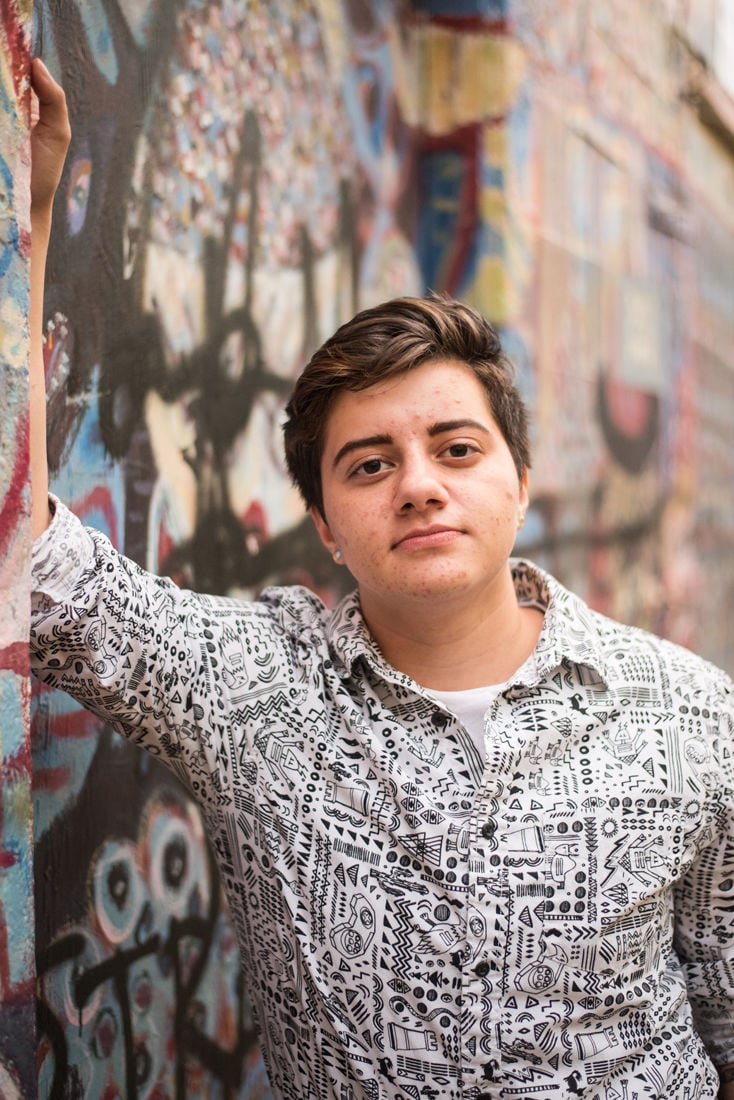 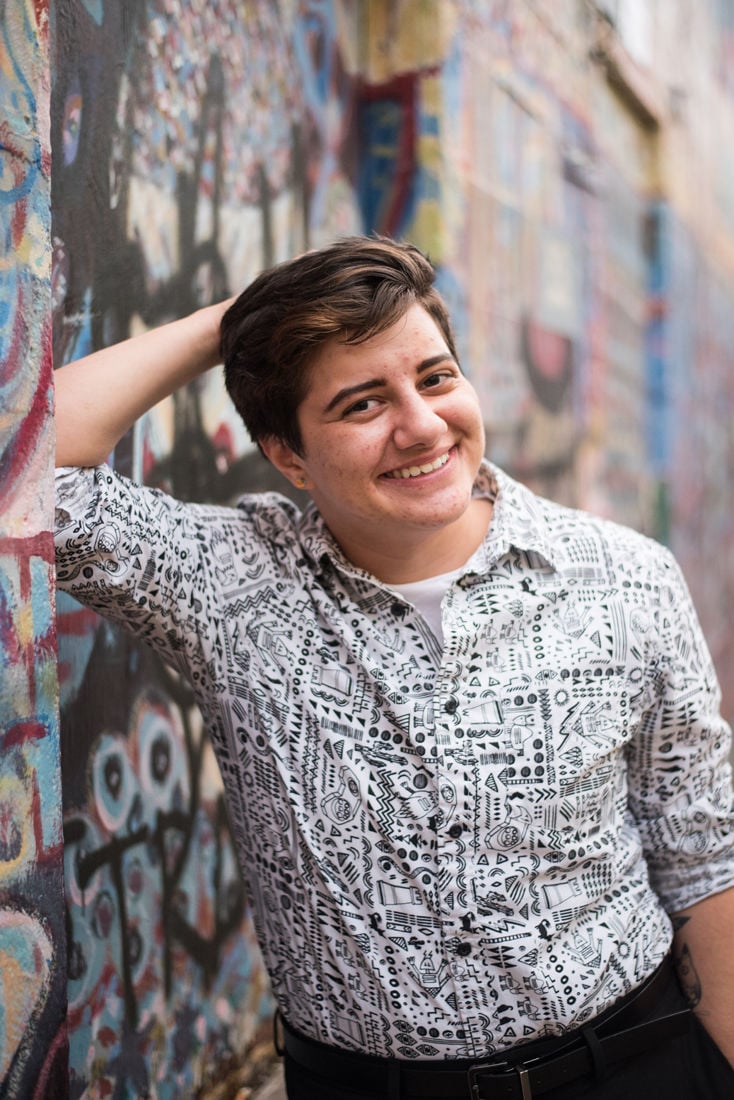 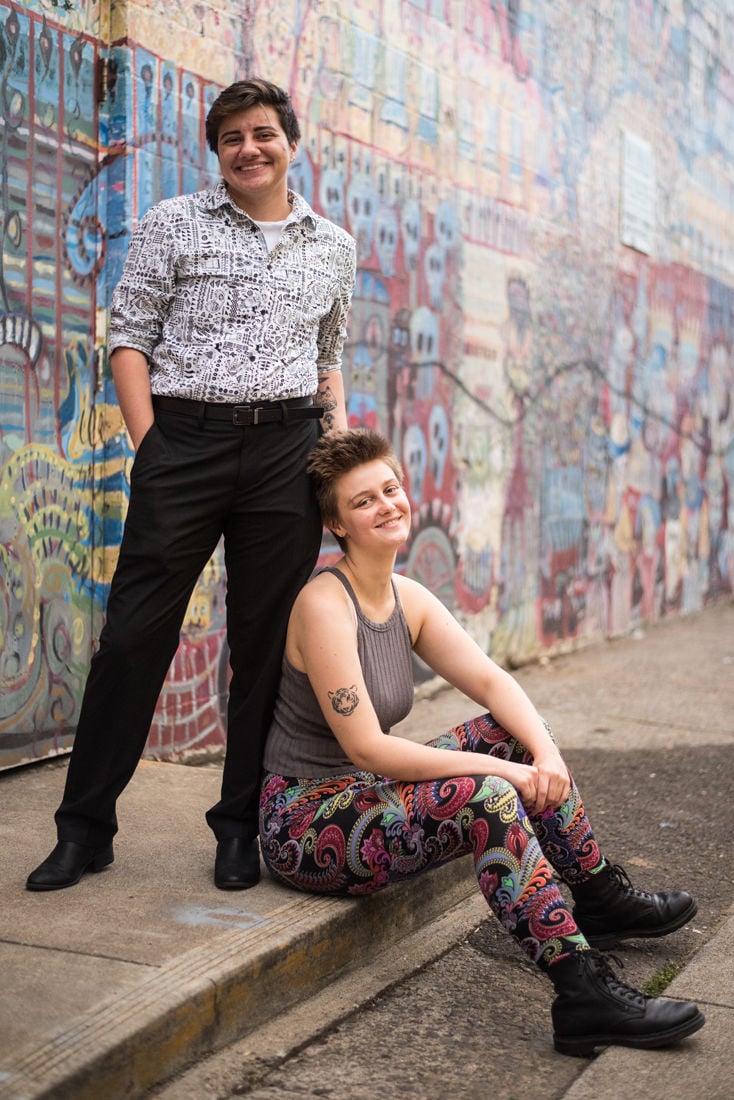 Forbidden Fruit co-president Amelia Clapper is a senior at the University of Oregon. (Marissa Willke/Emerald)

Forbidden Fruit, the only live shadow cast for the Rocky Horror Picture Show in Eugene, upholds a tradition that began 44 years ago. When Rocky Horror premiered in 1975, the film was groundbreaking both in its genre (a musical, sci-fi, horror parody) and the fact that it featured one of the first overtly gender non-conforming main characters in the film world.

Unlike mainstream hits that often fade after an initial boom, Rocky Horror has never lost its cult following. Amelia Clapper-Flynn, co-president of Forbidden Fruit and a University of Oregon student, attributes this to the show’s uniqueness. “There’s no other version of [Rocky Horror]. ... People hold onto it because they’re like, ‘There’s nothing else like this’.”

As Rocky Horror grew in popularity, the tradition of engaging with the film — shouting, booing, or ad libbing jokes at the screen — evolved into a shadow cast in which costumed performers act out the movie as it plays on the screen behind them.

Forbidden Fruit brings this tradition to life in Eugene several times a year. Its first Halloween show will occur on Oct. 31 and Nov. 2 and 3.

For this performing group, the loud and proud spirit of Rocky Horror is an opportunity to reclaim prejudiced language used against the LGBTQ+ community. However, not everyone sees it this way, said Forbidden Fruit co-president Jeremy Santoro.

“[Rocky Horror] isn’t great representation, and we come under fire for that a lot,” Santoro said. Members of the LGBTQ+ community in Eugene have expressed concern over social media about Rocky Horror showings which contain slurs (such as ‘transvestite’ and ‘slut’) and negative stereotypes about those who don’t conform to gender norms.

Much of the disagreement centers around the question of reclamation; Is it possible to “take back” the power from an offensive term by using it in your own way?

Clapper-Flynn believes that it is. “It’s powerful to be like, ‘This is no longer a thing that you are using to hurt me’,” she said. “If it’s an offensive word than it’s their word even though it’s about us. Taking it back, it’s your word now.”

She appreciates the atmosphere Rocky Horror provides but is also glad that other types of safe spaces exist, such as the LGBTQA3 Alliance, a student organization at UO. “Rocky is a space that has slurs in the form of reclamation, and it makes sense that there should also be a space that doesn’t have those words at all,” Clapper-Flynn said. “It doesn’t mean that both can’t exist.”

Santoro warns against “just watching [Rocky Horror] for what it is” because of its flawed representation of the LGBTQ+ community. “The [live shadow cast] show is completely different,” he explained. For Santoro, it’s about celebrating the role Rocky played in pioneering queer characters and the space it created for people to be themselves.

This community space is one of the most powerful forces that keeps fans rallying around Rocky. For Forbidden Fruit, community starts with the cast; numerous late night rehearsals and a shared goal inevitably bring performers together. “It turns into an amalgam of a family,” Santoro said.

Once the team has bonded, taking the stage allows them to expand their circle of community to encompass the audience. Rocky Horror is inherently a participatory experience. Throughout the night, audience members are encouraged to stand up, shout, play games on stage, and hurl items found in their prop bags (bags of items related to scenes in the movie) at the screen.

To Clapper-Flynn, this engagement makes the event more fun and takes some of the pressure off performers. “It brings it back to that idea of everyone is involved in this,” she said. “It’s a community activity — it’s not just the people performing.”

A lot has changed in the 44 years since the Rocky Horror Picture Show premiered, but for many, the community and chance for reclamation that this cult classic provides makes it too important to let go of.