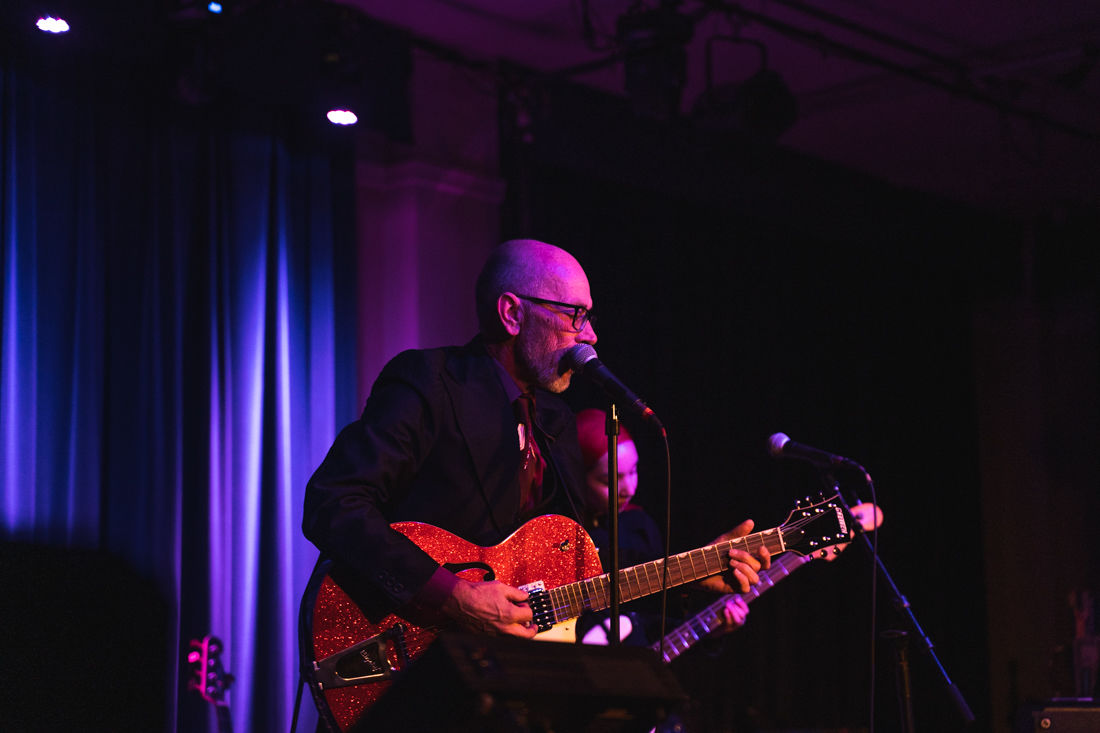 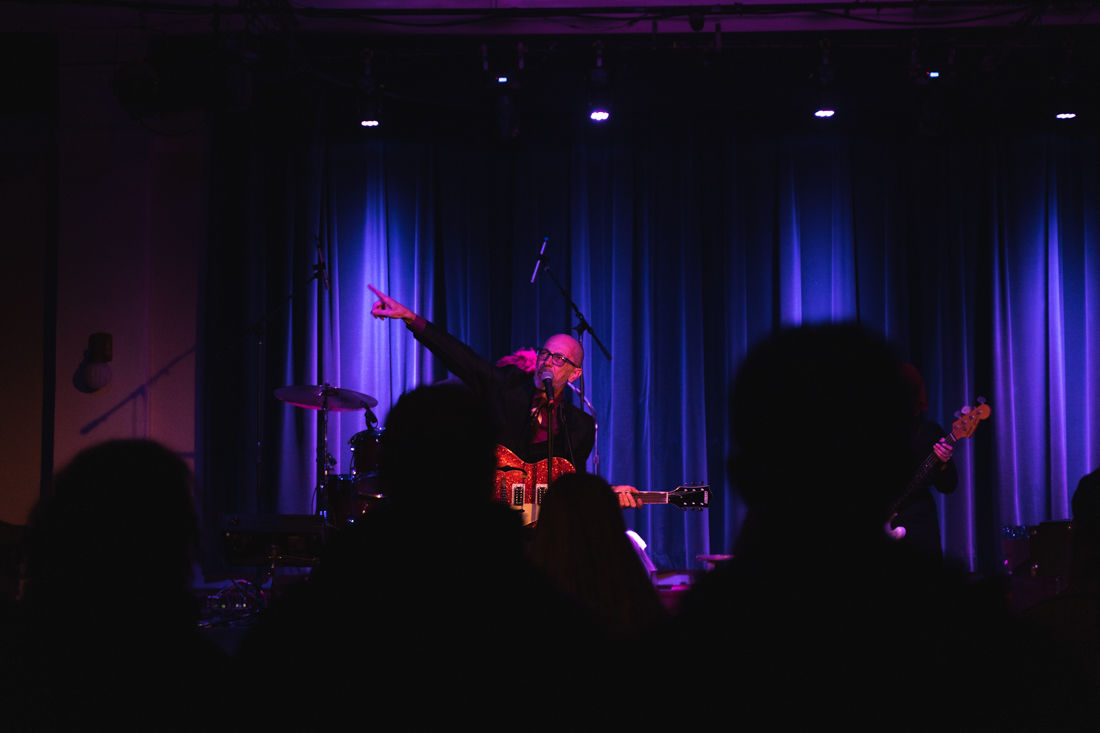 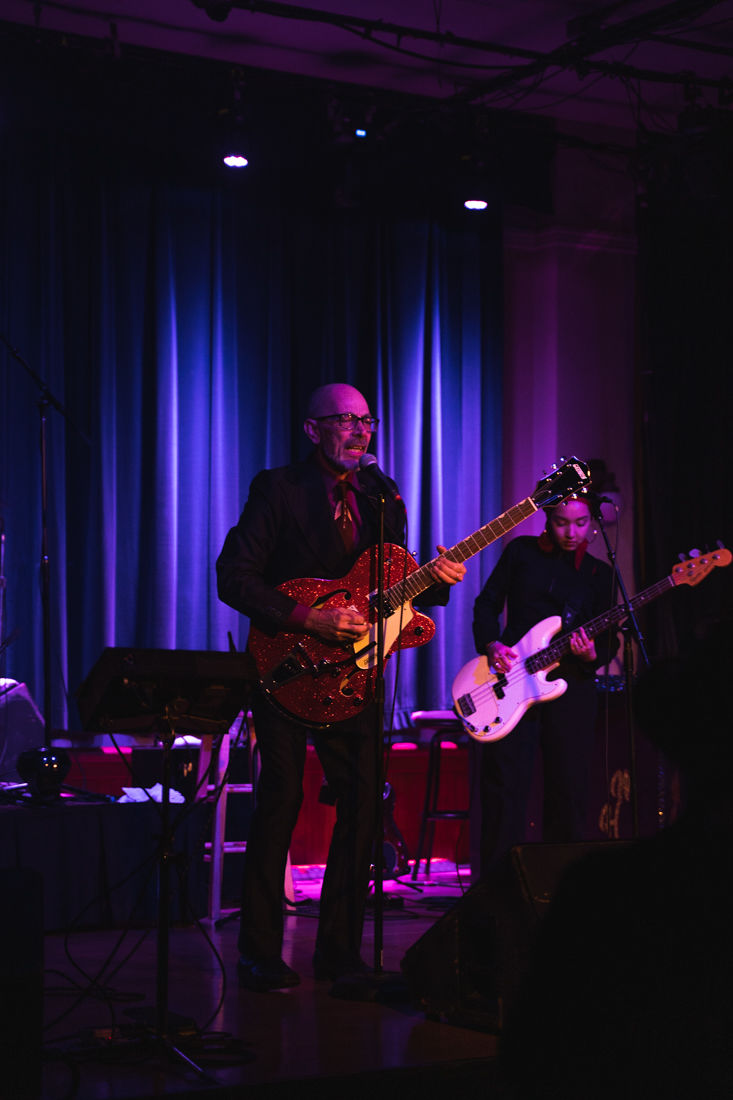 The two were accompanied by a full band, including a saxophonist, drummer and guitarist, with Muhammad on bass and Younge on keys.

Younge spoke to the crowd before kicking off the show. “Some of you we’ve seen since like 2013,” he said, reflecting on past concerts in the same venue. “Eugene is always good.”

Performing to a crowd of about 50 people, he said he liked the intimacy of the space. “Tonight, this is not WOW Hall. This is our living room,” Younge said. “We’re going super intimate tonight.”

Younge has been a known producer and composer in the hip-hop world since the 90s. With accolades under his belt like the soundtracks to “Black Dynamite” and Marvel’s “Luke Cage,” he’s worked with his fair share of well-known hip-hop artists.

Younge produced those two albums alongside Ali Shaheed Muhammad. When he got together with Muhammad, one third of A Tribe Called Quest, to form a jazz band, they went back to their roots, incorporating different genres into the project. Hip-hop is a melting pot of musical genres: funk, soul, R&B -- and jazz is one of the most fundamental elements."The Midnight Hour is black excellence," explained a release announcing the tour, according to the WOW Hall. It describes The Midnight Hour as "an ode to the cultural sophistication that the Harlem Renaissance established for its people.”

Before starting, Younge explained, “We’re going to go on a little intimate journey and we’re going to tell our story with our instruments tonight, so you guys gotta make sure you’re paying attention.” Younge looked at his bandmates. “I’m ready to go on this journey with the homies in our living room. Ready for it?”

The crowd cheered and Muhammad started playing a bass lick before the rest of the band joined in. The music throughout the night was genre-bending, including all of the elements stated before: funk from the saxophone, R&B from the bass and keys, soul from the vocals.

Artists Jack Waterson, Angela Muñoz and Loren Oden, who opened the show, hopped on a few songs with the Midnight Hour to provide smooth, hypnotic vocals. Muñoz, equipped with a blue guitar and black jumpsuit, had an enticing voice that blended perfectly with the classic jazz sound.

Waterson came to the front of the stage to perform the Midnight Hour’s newest unreleased single, “Longing,” a slow, jazzy track that sounds like it could have been straight out of the 60s.

The band’s outfits reflected this: Younge dressed head-to-toe in a sharp grey and red suit with a black fedora-style hat and Muhammad in a suit with sparkly pants.

Though the merch table was covered with stickers and T-Shirts that sarcastically read, “Jazz is dead,” the passionate band disproved that with their fresh takes on a classic genre. Even in 2019, jazz has a place in the music world alongside some of hip-hop’s greatest.